Russian sociologist: Too painful for Russians to assume Ukrainians successful on their European path

Head of socio-cultural research at Russia’s Levada-Center Alexei Levinson in an interview with UNIAN explains why it was so easy for the Russians to agree on war with Ukraine.

The first shot from the Russian "Grad" from the territory of the Russian Federation at Ukrainian defenders who has almost closed the corridor for arms and militants flowing into Donbas finally buried the myth of "fraternal nations." This gave a start to a long period of Ukrainian-Russian confrontation in Donbas, which, in fact, is not significantly rejected by the Russian public.

In an interview with UNIAN, chief of socio-cultural research department at the largest Russian sociological agency Levada-Center, Aleksey Levinson explained why it was so easy for the Russians to agree on war with Ukraine, and why they simply reject any information that does not correspond to the picture drawn by the state TV. Russian mass consciousness fails to understand why Ukraine, which "never existed," has chosen Europe and is moving away from the Russian world. And the main "sin" of Ukrainians is that they are now walking the path from which the Russians have personally chosen to turn. The expert warns that Russian society is overheated enough to suggest that a minimum effort in certain propaganda tricks will lead to a full-scale invasion of Ukraine far beyond the borders of Donetsk and Luhansk regions.

How could you characterize today’s attitude of Russians toward Ukrainians and Ukraine? In general, how has it been changing over the past two years, since the annexation of Crimea and the beginning of war in Donbas?

I would start to answer this question with the earlier period. When the "Orange Revolution" [of 2004] happened in Ukraine, the Russian establishment was deeply concerned that the protests could spread to Russia. But, in general, a very small percentage of people in Russia welcomed the "Orange Revolution," and mass opinion was generally negative.

When the Maidan events started [Revolution of Dignity of 2013-2014], the pattern repeated. The Maidan saw no support in Russia, although it did have some sympathizers. When Yanukovych fled, according to our surveys, the reaction of Russian society was as follows: a corrupt regime was overthrown. So thought the majority. But everything that ensued was perceived by the Russians negatively: both the [new] president of Ukraine and the policy of the new Ukrainian authorities. The reaction of the Russian establishment and the media affected public consciousness and continues to do so.

The attitude toward Ukrainians also worsened. There is still a significant number of Russians out there who believe that Ukrainians and Russians - are one nation. But behind this idea there are two different mindsets. The first: "We are brothers, and the feud between us is unacceptable." The second: "Ukraine does not exist as an an independent entity, Ukraine has never been and should be an independent state." Those who deny Ukraine’s existence often believe that Ukrainians are not a separate nation but a part of the Russian nation. This idea draws a conclusion that there should be Russian jurisdiction over the [Ukrainian] territory. But, along with this, there is an idea in the mass consciousness that the abyss between Ukrainians and Russians due to the fact that they decided to get away from us. In general, Ukraine’s orientation toward Europe is the greatest sin in the eyes of Russians.

Gradually, with the damping of news stories in the Russian media about the fighting in Donbas, there is a return to a calm, almost neutral attitude to Ukraine.

Where do the Russians get information on the events in Ukraine, in particular, in the east of our country?

Russians want to know about Ukraine only what state officials and state media say. Russian public opinion refuses any alternative points of view. Even those who has an opportunity to get such information, choose not to do so. This is consistent with the mindset for ultra-high loyalty to Putin and Putin's policy.

Why does the Russian mass consciousness limits itself to a frame of state TV?

This reason is very complex and it is difficult to answer this question unequivocally. These are my personal arguments, which can not be considered the official position of Levada-Center. Apparently, the thing is that at some point after 1991, Russia also had pro-Western orientation, there was an idea of joining the European home, the idea of the country’s democratic development. These trends were later frustrated, and this traumatized the mass consciousness in such a way that it renounced this mass dream as an illusion. And if someone, for example, the Ukrainians, who are perceived as "Russia’s alter ego " are actually doing it, then not only envy is born, but even aggression. I don’t mean the military component, it’s the mental one. Assuming that the Ukrainians are successful in their movement toward Europe is very painful for the Russian mind. Russians prefer to hear those who say that nothing good is happening with Ukraine on this path, only bad things. This helps to confirm that Russia has de facto opted for the non-European path. 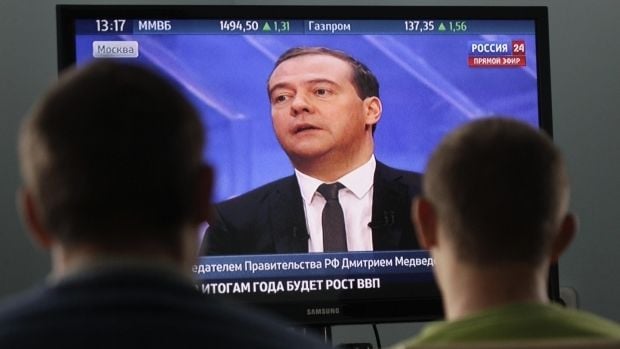 You are talking about mental aggression, and if we talk about the war, do the Russians really believe the official version of the Russian Federation that "there are no Russian troops in Donbas"?

Here the mass consciousness accepts and supports the official version. Many guess about what is going on in Donbas, it is not difficult. But people repress in themselves this kind of reasoning and guesses: it could be so, but we will think otherwise, we will say otherwise, we will act as if it were not so.

Explain please, why the Russian mass consciousness is quite critical of the actions of the Russian authorities, except for Putin, but absolutely calmly accepts their statements about the events in Ukraine?

These are two completely different games. There are internal affairs, and here, the people see things quite clearly, with their eyes open. And Ukraine is foreign affairs, it’s the other thing. This - the prerogative and the diocese of Putin, that’s his domain. This sphere has been given by mass consciousness at his mercy. And his main merits are exactly what we consider achievements in the foreign political arena.

Is it possible to somehow describe the average supporter of the current Russian government and the president?

It cannot be described as any single person. This is the Russian population as such, with a few exceptions - those who choose not to think about politics, and very few of those who have a different opinion which does not coincide with the official position. This is all about an overwhelming majority: there are old grannies, their grandchildren... There are also people with doctoral degrees and people with incomplete secondary education. There is virtually no difference between them on this matter. If Crimea’s accession is stably approved by 82%, it means that it is almost everybody. It is impossible to draw a single portrait, this is a portrait of the whole society.

It is believed that among the most dedicated Putin supporters are young people who have grown up with this government, simply not knowing any other alternative. Is it some kind of a Russian phenomenon? Usually, the young people are set for a change…

There were several occasions recently when I had to discuss the issue. I can’t say that there is a good explanation. This is certainly true, and this emerged not today, it was a long time ago. There is an explanation offered by Lev Gudkov, director of Levada-Center. It lies in the fact that young people with no own life experience take as a landmark a point of view of their grandparents, not even their parents. And that point of view is conservative, of course. 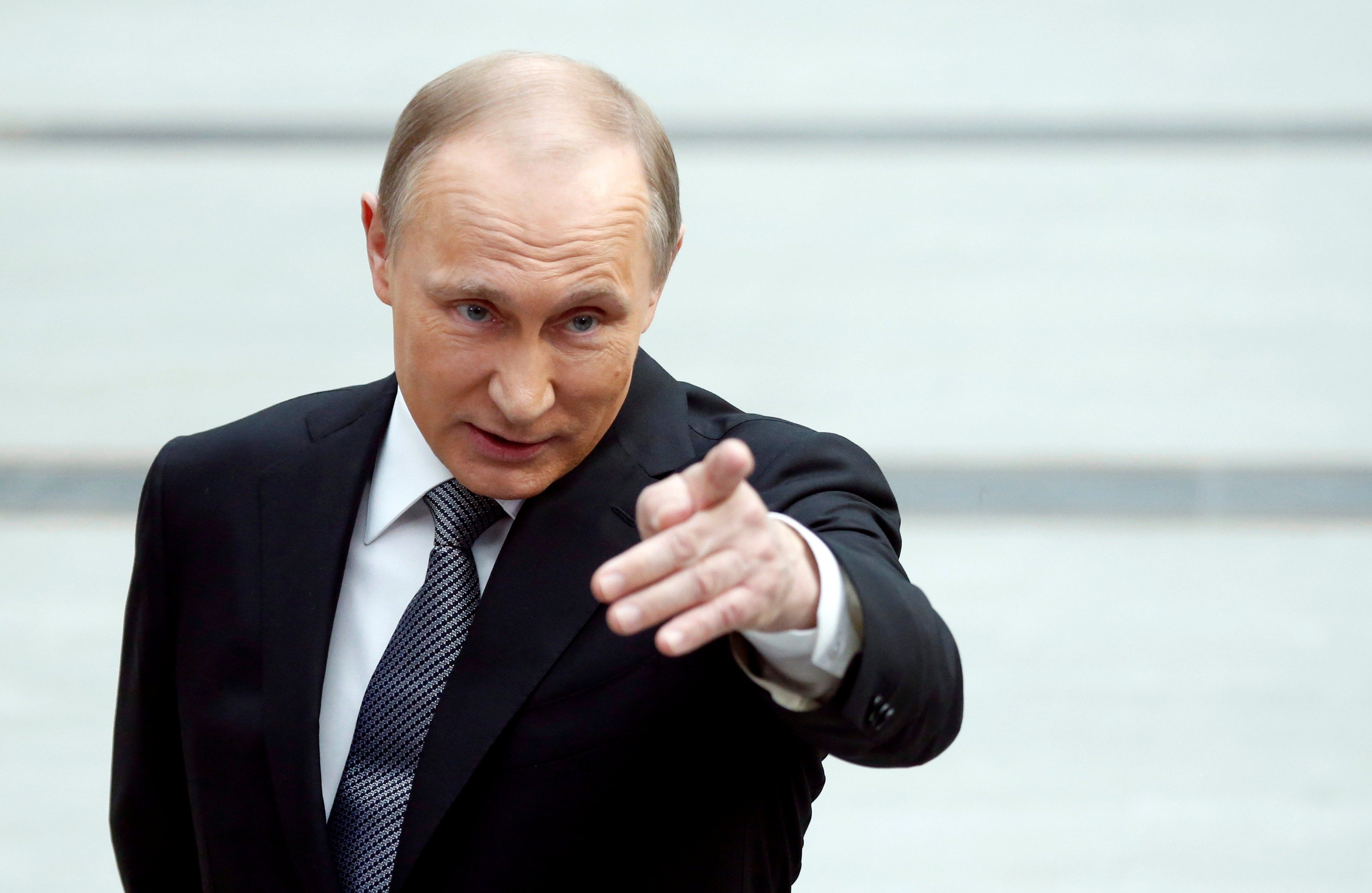 What are your expectations about the future attitude of Russians toward Ukraine and Ukrainians?

If the relations between our countries remain cold, but not perturbed by any extraordinary events, such as an acute conflict, then after a while, connections will begin to operate at the level of families, acquaintances. Kinder attitude toward Ukrainians will return, and then there will be a neutral and a relatively relaxed attitude to Ukraine in general, again. I draw this conclusion based on the experience of relations with Lithuania, Latvia and Estonia, and in fact there were sharply negative moments. Of course, Ukraine is far from becoming another Belarus, which is now considered Russia’s closest friend. Once Ukraine was also in this role, but this will not happen again for a very long time.

The war in Donbas brought dramatic changes in the relations between the two countries. Is it possible to play back this situation?

With regard to the attitudes of Russians, these changes have been caused not by war, they are the result what the Russian media tell them about it. If the Russian media, for whatever reasons, constantly keep the embers glowing, this will have its effect.

Would you say that the Russians may support full-scale invasion of Ukraine beyond Luhansk and Donetsk regions?

Yes. Unfortunately, this is the case. If you ask today: "Do you support the war with Ukraine?"of course, the majority will say "No" but if the hostilities start, then, in those circumstances, the support of the majority is guaranteed. At least, the experience of what was happening in the society at the time of the events [hostilities] in Ukraine and Syria confirms this suggestion. At first, no one wants it, but if it started at the behest of the Russian government, or due to the fact that "we were forced, we were attacked," these arguments would be enough for the Russian public opinion to shift toward support of such a policy. 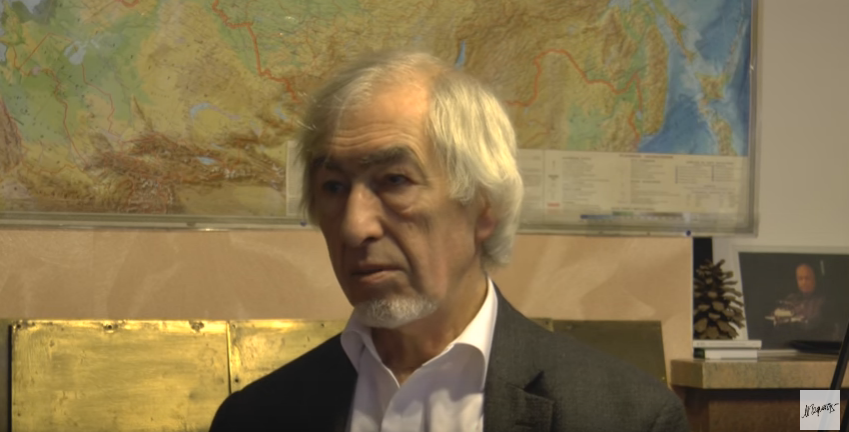 Levinson: It’s not war that caused changes in the attitudes of the Russians / Screenshot

Let's end with something more optimistic...

My historical optimism is based on the fact that the orientation that started to be implemented in the Ukrainian history, to a greater or lesser extent, exist in Russian political culture. The history of our country has repeatedly proved so. Sooner or later the Russian establishment will no longer need Russia to have hostile environment around it. They will come to the conclusion that it is possible to benefit from cooperation with its neighbors, especially with a neighbor like Ukraine. I guarantee that this will be supported by Russian public opinion.