Volodymyr Groysman has made his first overseas visit. Angela Merkel on behalf of not just Germany but of the EU has said when Ukraine and Georgia would receive a visa-free regime. The International Economic Forum in Saint Petersburg carefully orchestrated as a site of Putin’s geopolitical triumph has failed to become such.

Prime Minister headed the Ukrainian governmental delegation to the United States. Since the Obama administration was not really enthusiastic about Arseniy Yatsenyuk being substituted for Volodymyr Groysman, the latter had to be as compelling and energetic as possible. A busy schedule of meetings the prime minister, including talks with Joe Biden, was accompanied by a demonstration of the determination to implement reform and make proper use of Ukraine’s potential. There is reason to believe that the outcome of the trip was in fact positive, as Groysman made great effort to engage in a dialogue with both wings of the U.S. establishment.

Meanwhile, Angela Merkel during the talks with Volodymyr Groysman’s Georgian counterpart Giorgi Kvirikashvili decided to cross the t’s and dot the i’s on the issue of a visa waiver for Ukraine and Georgia. The most influential European politician has vowed to provide it as soon as the European structures develop… a mechanism of rapid suspension of such visa-free regime. Concerned with the flood of refugees, the European Union is seeking to protect itself from the citizens of the states which have stepped on a path of developing partnership with the EU. This news can be anything but comforting. Such a change of sentiment within the EU should rather be a lesson for Ukraine and other countries, who have earlier declared their commitment to European integration.

NATO is more consistent in supporting Ukraine, as evidenced both by the outcome of the visit of Defense Minister Stepan Poltorak to Brussels, and the statements of the Alliance’s Secretary General Jens Stoltenberg, who has urged Russia to withdraw its troops and military equipment from Donbas. The upcoming NATO summit in Warsaw could become a landmark event in the context of Ukraine’s Euro-Atlantic integration.

Another focus of the next week is the Holy and Great Council scheduled to be held on the island of Crete. among which the participants will be representatives of the Russian Orthodox Church. This gathering is a historic attempt to bring together all leaders of the world's Orthodox churches for the first time in more than a millennium, and the Ukrainian issue is expected to be voiced there. The Verkhovna Rada with its decree has earlier called on the Ecumenical Patriarch to grant autocephaly to the Orthodox Church in Ukraine from Moscow's Patriarchate. However, in the last minute move, Russian Patriarch Kirill reiterated Friday his church would not attend unique council, thus stalling the attempt to hold this pan-Orthodox synod.

Relations with Russia remain a tense and painful subject for the official Kyiv. After another round of fruitless negotiations of a Trilateral Contact Group in Minsk, the Ukrainian president’s envoy Iryna Gerashchenko complained about the ultimatum tone of statements by Russian representatives and separatists under their control. It is significant that Putin’s longtime aide Vladislav Surkov showed up at a parallel track of political consultations of the Normandy Four leaders’ advisors. The man was earlier referred to in the media as the architect of Donbas crisis. Apparently, the Kremlin is far from being happy with the situation in the east of Ukraine, considering it moved to engage heavy political artillery. In this context, it is also interesting that Ukrainian political prisoners in Russia Hennadiy Afanasyev and Yuriy Soloshenko were swapped for two citizens of Ukraine (!), charged with separatism. 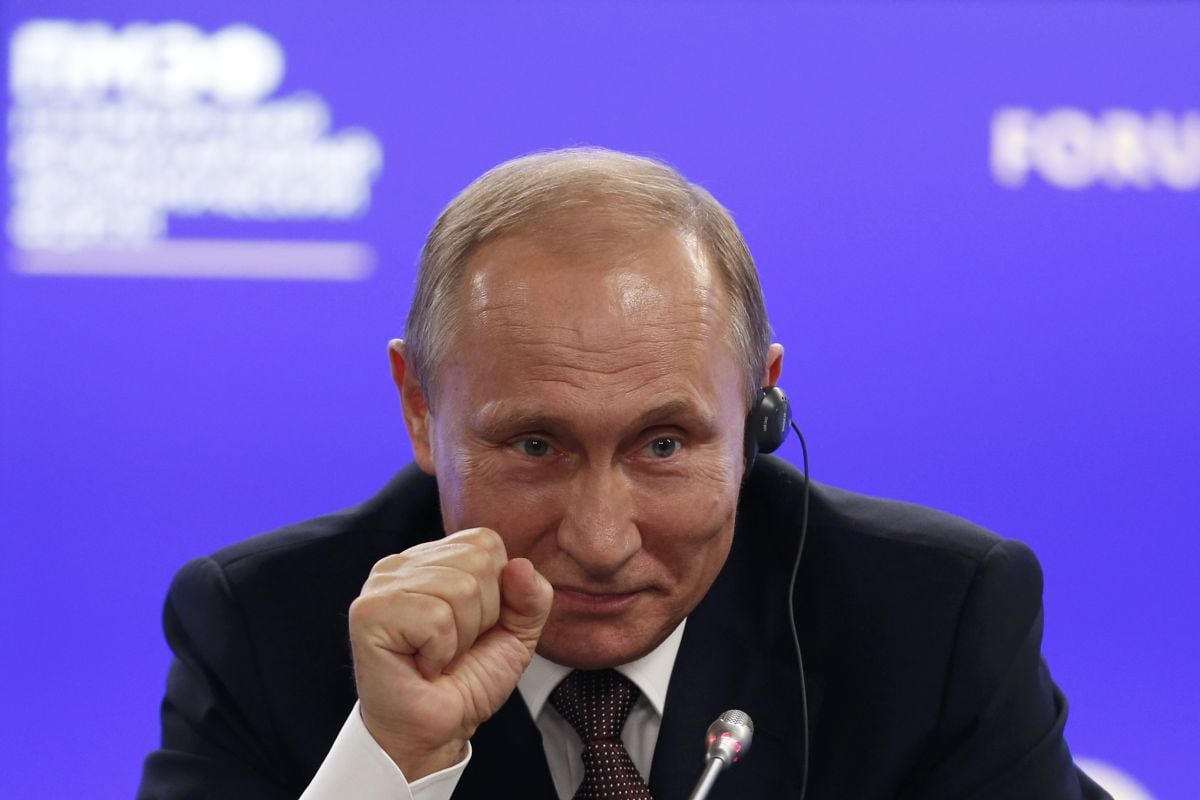 top of Vladimir Putin’s agenda is the maximum weakening of Western sanctions, which continue to affect significantly the Russian economy. Sergey Lavrov is in his own right, claiming that "we do not run [around the world] for the lifting of sanctions." Indeed, this time, a platform for channeling the Kremlin’s arguments to the western powers was the International Economic Forum held in St. Petersburg, where Vladimir Putin has tried to undermine the unity between the U.S. and the EU on the question of sanctions for the annexation of Crimea and the incitement of conflict in Donbas. The Russian president, obviously out of tactical considerations, even recognized the United States the world’s only superpower and expressed readiness to cooperate with. However, despite the cunning move, Putin is unlikely to have reached the goals he set for the Forum.

UN Secretary-General Ban-Ki moon seemed to play into the hands of the master of the Kremlin by assessing a bit too enthusiastically Russia’s “critical role” in Donbas peaceful settlement. Ukrainian Permanent Representative to the UN Volodymyr Yelchenko reacted immediately by publicly voicing his outrage with the remark. Nicolas Sarcozy, who harbors hope to return to the Elisee Palace, was also among the guests in St. Petersburg, traditionally sounded like the Kremlin’s sweetheart with his pro-Russian repertoire. However, European Commission President Jean-Claude Juncker, whose intention to visit the Forum was quite puzzling for a number of EU member states, has said that Russia is indeed a party to the Minsk agreements and therefore it must comply with their provisions. Italian Prime Minister Matteo Renzi also linked the lifting of sanctions with the implementation of the Minsk-2. That is why Moscow shouldn’t expect its triumphant return on the world stage.