Russian diplomat: "Sooner or later, Russia will have to apologize to Ukraine and compensate for damages inflicted"

Ex-Deputy Minister of Foreign Affairs of Russia (1991-1993), Ambassador Georgiy Kunadze in an interview with UNIAN has told about similarities in the Kremlin's decisions to deploy troops in Afghanistan in 1979 and in Ukraine in 2014, and why the Russian special operations in Crimea and Donbas were in fact failures.

Not everybody in Russia supports the invasion of Ukraine and annexation of the Ukrainian territory. However, only few dare to speak up voicing their opposition to the Kremlin’s aggressive policy. Former Deputy Foreign Minister of Russia (1991-1993), Ambassador Georgiy Kunadze believes that the issue of the return of the occupied territories depends on the political will of the Russian leadership. If a task is set to hand back to the rightful owner the seized land, the diplomats will be able immediately to explain why this should be done. However, much will depend on how quickly the Russian public can recover from this “Great Empire” psychosis that has engulfed millions.

Today, Russia does not agree to hand back to the Ukrainian authorities control at parts of the border with the occupied areas of Donetsk and Luhansk regions, as they are the main lever of the Russian influence on the situation in Donbas. Without control of the border, it is impossible to hold local elections, and, hence, the Minsk agreement can’t be fulfilled.

What were the Kremlin’s motives for taking a decision on the annexation of Crimea and attempting with fire and sword to create Novorossiya? After all, the boogeyman stories back in the day about trains full of Ukrainian nationalist radicals set to arrive in Crimea and the imminent arrival of NATO troops just did not hold water...

The typical special operations in Ukraine had clearly been designed in advance, in the framework of the general Russian strategy of "molding together" the post-Soviet space. But decisions on their actual implementation, I believe, were taken spontaneously, in the worst traditions of Soviet voluntarism. In fact, that was approximately the same way the decision to send Soviet troops into Afghanistan had been taken.

As a result, both the Russian special operations in Ukraine proved to be a failure in many ways. Naturally, no one recognized Crimea annexation, a separatist rebellion has not gone beyond certain areas of Donbas, while Ukraine is lost for Russia for a long time, if not forever. Such “molding” of the post-Soviet space threatens to end up in its complete and final collapse.

What is the cost of the war in Donbas and Crimea annexation for Russia?

War is expensive in general, while international isolation Russia has found itself in is even more expensive. So, the cost of these ventures for Russia, as a state, is very high. And for its current leadership, I am afraid, it is extraordinary. It can’t win in a confrontation with the whole world, but apparently, it will not survive defeat. I won’t speculate though, when this government will go and who will replace it. Much will depend on how quickly the Russian society is able to recover from the “Great Empire” psychosis that has engulfed millions. The scope and depth of this phenomenon are unprecedented. 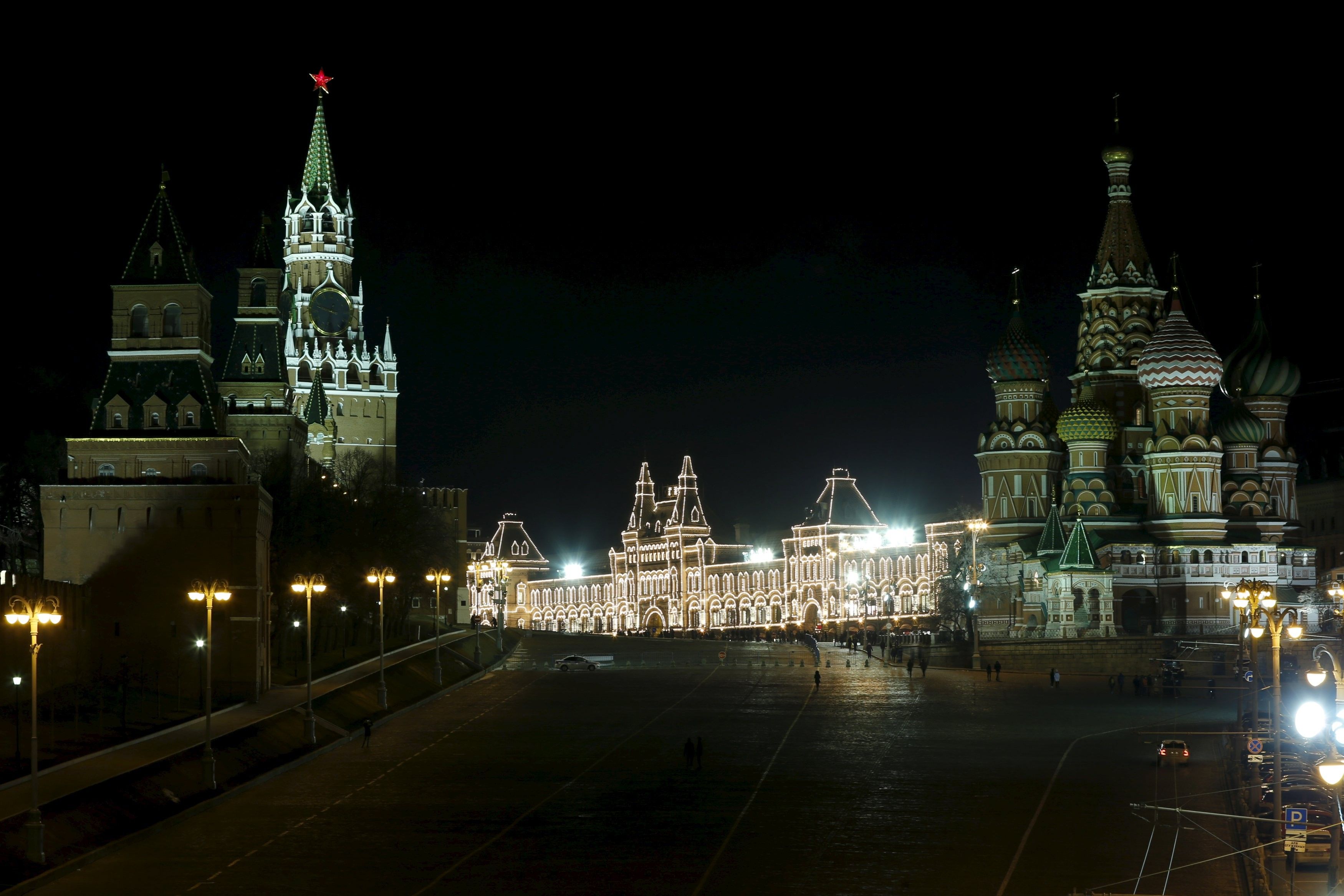 What can Ukraine do to return Crimea? Are there any real ways to do this, or is it just a field for statements of Ukrainian politicians?

There are plenty of recipes. Although, I have not seen examples of their successful use. Such is the paradox. I must say the obvious thing. First, returning Crimea by military means would be incredibly difficult, perhaps even impossible. It’s not only because Russia is objectively stronger, but also because the battle for Crimea would cause a huge number of casualties and the Peninsula would be turned into a desert. Secondly, both in the case of Crimea and, for example, the case of the four southern Kuril Islands, which Japan claims with some considerable grounds, much – if not all – depends on the political will of the Russian leadership. If it sets the task to hand over the territory to its rightful owner, the diplomats will quickly justify this task and execute it. It’s easy, procedure-wise.

I'm afraid, however, that the current Russian leadership has no political will toward such settlement of the Crimea problem. It’s not easy to give advice to Ukraine, what to do in view of such circumstances. But why not try to become a successful democratic state which would be attractive for those who live in Crimea, whose life has been steadily deteriorating over the past two years.

What is your forecast on how long the conflict in eastern Ukraine will last? Is there a possibility to get out of the conflict on the basis of the Minsk agreements in a situation when the de facto control over the certain areas of Donetsk and Luhansk regions by the Russian Federation is not spelled out in it?

The conflict in eastern Ukraine has passed from its acute stage into the chronic phase, and, therefore, it may become protracted. However cynical it may sound, I would say this: the lower the losses, the lower the international attention to any conflict. Minsk agreements allowed to more or less stop the hostilities. IN my opinion, they are otherwise ineffective.

Kunadze: The conflict in eastern Ukraine has passed from its acute stage into a chronic phase / Photo from UNIAN

One thing is clear: objectively, the main condition of the settlement is the transfer of Ukraine’s eastern border with Russia under full control of the Ukrainian authorities, or, at the very least, of a strong peacekeeping force. It would also be highly desirable that Russia pleaded party to the conflict, and bore its share of responsibility for its settlement.

How consistent will Europe be in the issue of maintaining the sanctions against Russia until the control over the Ukrainian-Russian border is handed over to Ukraine?

I believe that, despite the lobbying efforts of some pro-Russian European politicians, the European Union will remain consistent in its compliance with the sanctions issue. However, they are linked to the implementation of all provisions of the Minsk agreements, in which the issue of restoration of Ukrainian control over its eastern border was cleverly "packaged" within other provisions. There's a "cock and bull story": Ukraine will get control over its border after the [local] elections, holding which in the wake of the currently leaky border is, in fact, impossible. In addition, it is necessary, of course, to bear in mind that after the ill-fated UK referendum, the EU has other pressing issues on its agenda. Perhaps, they are more important than the conflict in Donbas.

Why does Russia not agree to international control over the Ukrainian-Russian border? In this way, it could avoid charges of a military invasion?

Come on, these allegations have long seized to worry Russia. It is regularly accused of various things. Meanwhile, an exclusive control over the border is really the main lever of the Russian influence on the situation in Donbas.

Why isn’t the West massively publishing satellite imagery of the situation in Donbas region in 2014-2016, including at the moment of an MH17 downing?

Perhaps they don’t want to antagonize Russia even more. After all, everything is clear to everyone. However, I also admit that Ukraine might have also obtained such imagery from friendly foreign sources. 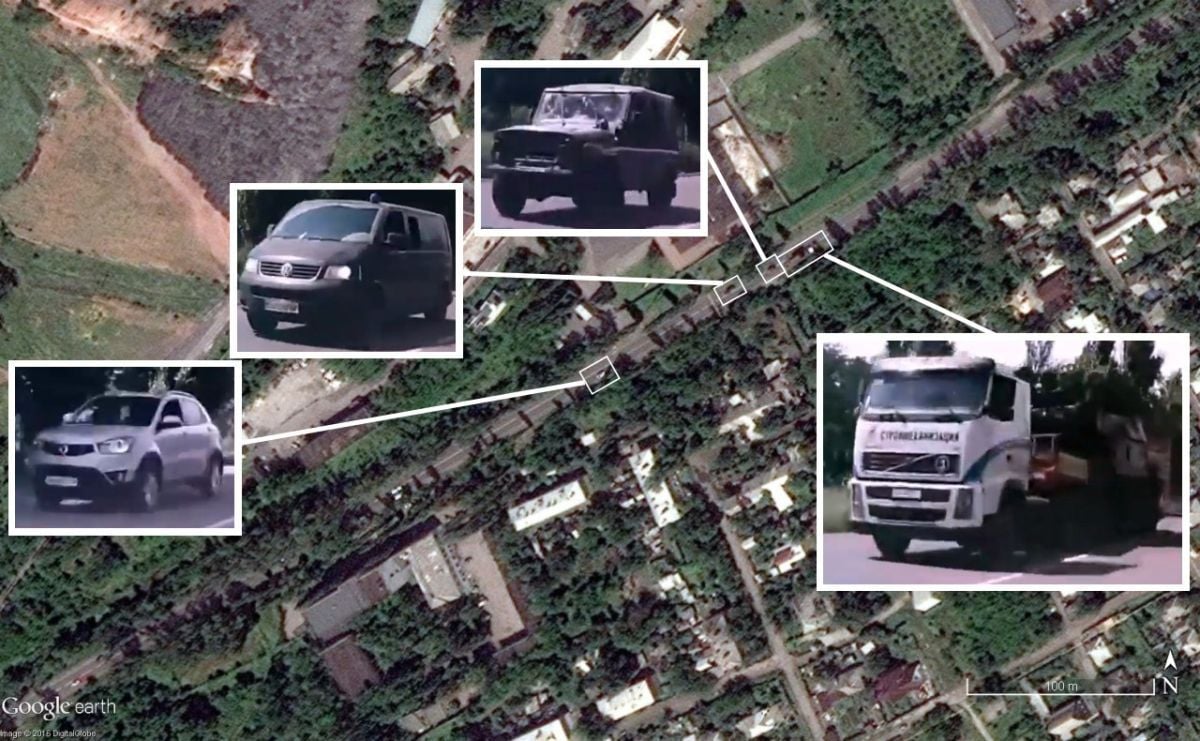 Kunadze: Ukraine might have this imagery as well / bellingcat.com

Do the Russians understand that such a prolonged military campaign is impossible without direct participation of the Russian State?

I’ll say once again: Everything is clear to everyone. But that is today’s hybrid mass consciousness in Russia, just like this hybrid war the Kremlin wages.

How can the fact of the invasion be proven from a legal perspective? Because now there is a situation that the Russian president must first recognize it, as was with Crimea, when first he said there were no Russian military on the peninsula – only the mysterious “little green men” who later finally “transformed” into the Russian military?

Only in court is it necessary to prove something legal-wise. In this case, it’s about the International Court of Justice in The Hague. Sooner or later, it will be involved, I believe. The facts of a massive and comprehensive Russian interference in Ukraine are objective, irrefutable and, by and large, do not require acceptance by the president of Russia. Admittance, as we know, is not a "Queen of all evidence." 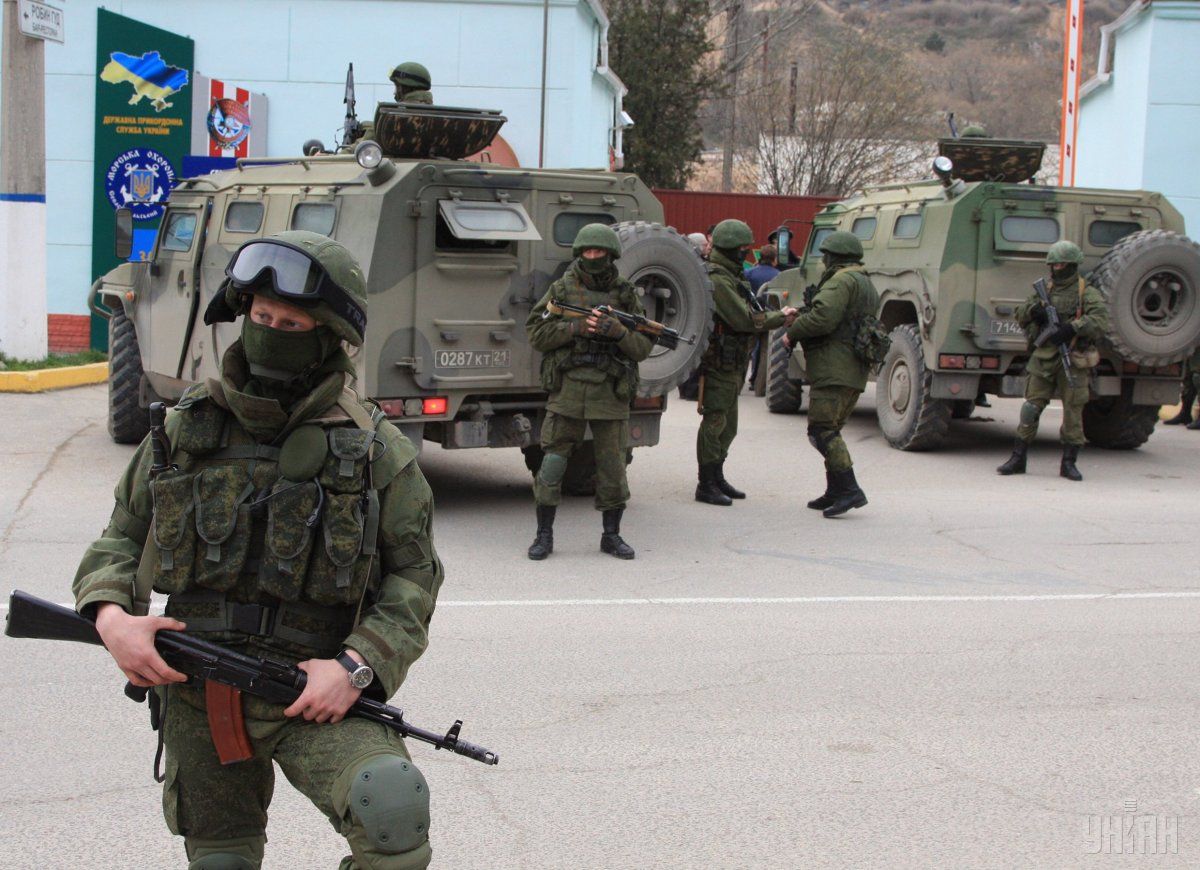 First, Russia claimed there were the “little green men” in Crimea, not the Russian military / Photo from UNIAN

Given the above-mentioned, what are the medium-term and long-term prospects of the relationship between Ukraine and Russia?

The question is, what we consider a medium-term perspective, and what is long-term. The Russian-Ukrainian bilateral relations have gone to a waste, alas, for long. They will probably never be as before. I don’t know what they will be in the end. 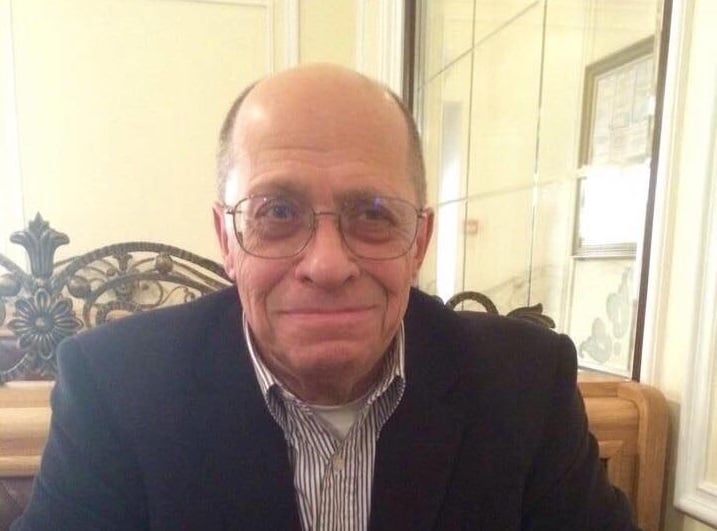 Kunadze: It is clear that sooner or later, Russia will have to apologize to Ukraine / facebook.com/gkunadze

Jaroslav Hasek in his Good Soldier Svejk spelled out a brilliant formula: "It was never that there was no way, it has always been that there is some way." So, in the end, the things will settle some way. It is clear that sooner or later, Russia will have to apologize to Ukraine and compensate for the damage inflicted. With the current Russian leadership, this is unrealistic. Moreover, we don’t expect any big change at all. And then, we'll see.

Under such conditions, it is especially important to preserve human ties that were formed between the two nations for centuries.