The NATO summit in Warsaw is viewed as the most important event in global foreign policy this summer. U.S. State Secretary John Kerry stopped in Kyiv for an inspection while on his way to Warsaw. Ukrainian-Polish relations are going through another difficult period. 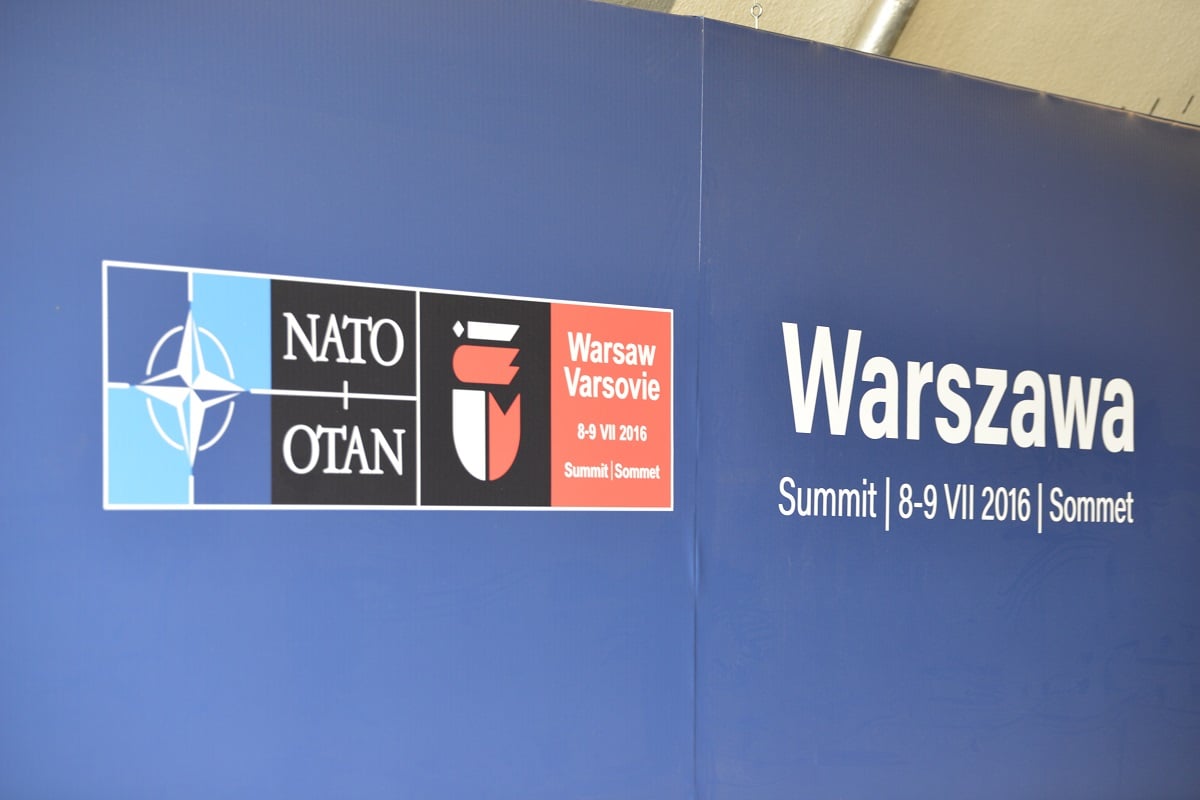 The NATO summit in Warsaw aimed to demonstrate the Bloc’s commitment to respond more actively to global challenges in a changing world, in particular to a more assertive and aggressive Russia. Therefore, not only has NATO Secretary General Jens Stoltenberg spoken of the unprecedented rapprochement between the Alliance and the European Union, he also made it clear that the deployment of four multinational NATO battalions in the Baltics and Poland was a response to Russia's actions in Ukraine, and this step has not been taken for a specific period of time.

Vladimir Putin also understands – in his own way – the strengthening of the role of the Alliance. He initiated several phone conversations – with Barack Obama, Angela Merkel, and Francois Hollande – once again repeating the Kremlin’s traditional mantra regarding Moscow’s vision of the Donbas conflict settlement. Recently, Russia came up with something new– anticipation of a Ukrainian offensive on militants. Now, Moscow is calling on Western powers to "contain Kyiv." Meanwhile, Putin is in no way containing his separatist puppets. 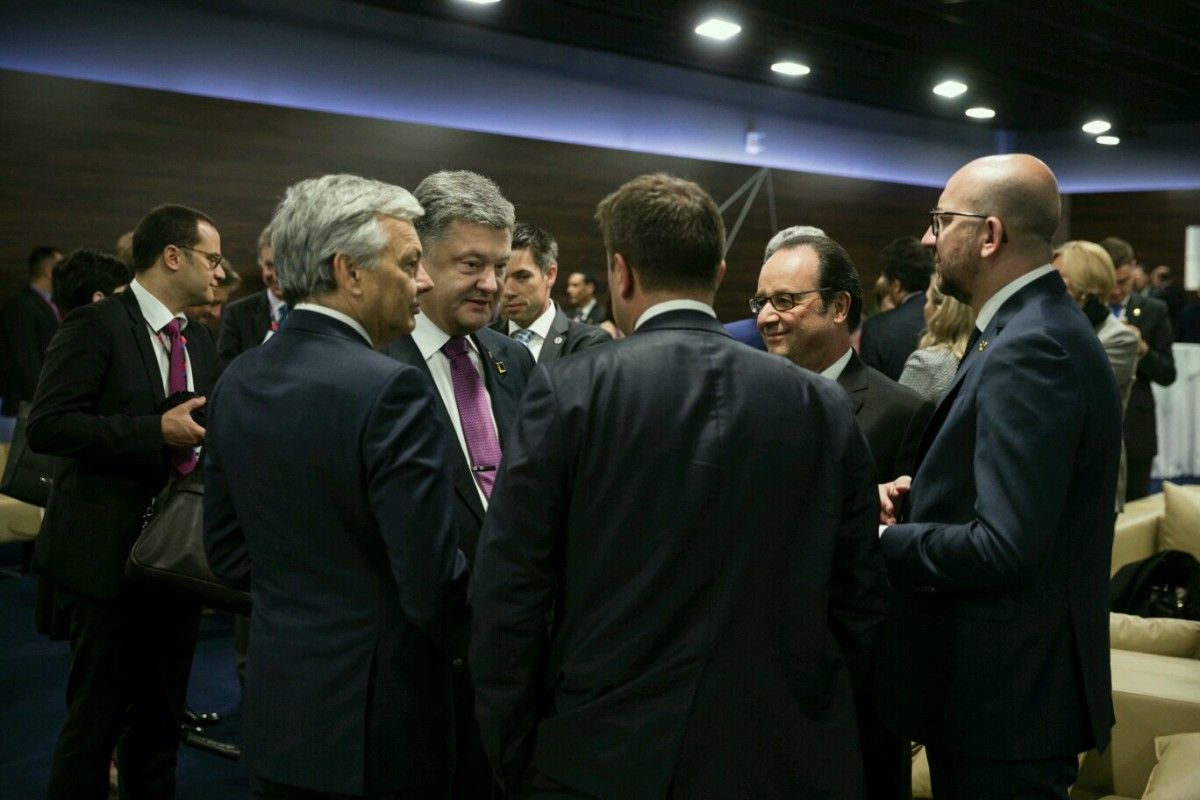 Petro Poroshenko offered NATO to use the Ukrainian experience in confronting Russia. In fairness, it should be noted that not all Allies consider Russia to be an adversary. The evidence includes a recent statement by Francois Hollande, who continues to see Russia as a partner, although it remains keen to exercise the unlawful use of force. The Ukrainian President arrived in Warsaw, armed with data from the latest polls by the Democratic Initiatives Foundation, confirming the willingness of Ukrainian citizens to support the accession to the Alliance. However, that does not include holding such a referendum anytime soon. 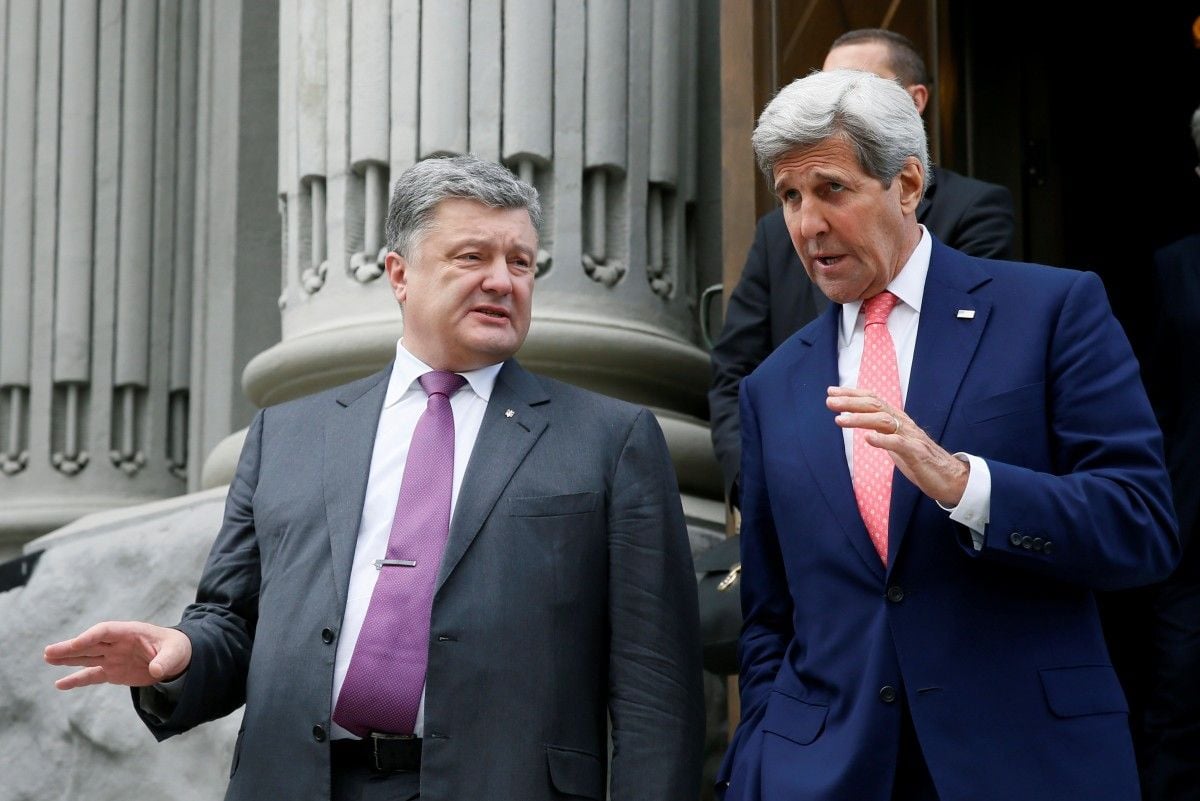 U.S. Secretary of State John Kerry paid a visit to Kyiv on his way to Warsaw, apparently becoming the last high-ranking official of the Obama administration to have come to Ukraine. The U.S. top diplomat has said that it is too early to speak about Ukraine's accession to NATO. He praised the implementation of reforms, discussed with the Ukrainian leadership the prospects of the Donbas settlement, and promised that sanctions against Russia will remain in place until the reasons for their introduction disappear. It looks like Washington has no more illusions regarding the possibility of ending the conflict in eastern Ukraine before Barack Obama leaves office.

Meanwhile, the Committee on Foreign Affairs of the European Parliament supported a proposal by Polish MEP Jacek Saryusz-Wolski to speed up the visa liberalization process for Ukraine. This is an important step in the process, which is stalled at the moment, but we should not expect a final decision any earlier than this fall.

Last week, Polish-Ukrainian relations actually resembled a game of chess. Ahead of the anniversary of the Volyn tragedy, the activity of Polish politicians on this issue intensified significantly. The lower house of the Polish Parliament, the Sejm, held hearings initiated by the Kukiz15 faction to discuss Poland’s response to the anniversary of the Volyn tragedy and a “threat of Banderite propaganda,” while the Polish Senate proposed to label the events in the Volyn region in the summer of 1943 as "genocide".

Polish intellectuals, with three former presidents among them, including Alexander Kwasniewski, who had earlier urged Ukraine to stop dreaming of joining NATO, apologized to the Ukrainians for the hardships caused by the Poles. At the same time, the Kyiv City Council moved to name an avenue, formerly called Moscovskiy [Moscow], after nationalist leader Stepan Bandera, a rather controversial figure for the Poles; meanwhile, Petro Poroshenko laid flowers at the Warsaw monument to the victims of the Volyn tragedy. It is hard to predict, today, whether Ukraine and Poland will be able to remove themselves from the current situation without mutual losses, but one thing is clear: bilateral relations require strengthening dialogue and seeking mutual understanding.