The Ukrainian MPs sacrificed their colleague just to get drawn in another round of confrontation between the coalition and the opposition under the Rada dome. Certain Ukrainian politicians seem to never stop exploiting the topic of energy tariff increase to gain more political points. The Kyiv City Council took an unexpectedly swift political decision to rename Moscow Avenue.

Although the fate of MP Oleksandr Onyshchenko remained uncertain before the Rada considered the general prosecutor’s motion to lift his parliamentary immunity, the MPs easily sacrificed their notorious colleague, known for his posh party affections and elaborate schemes in gas production industry. Something was in the air, apparently: either it was the approaching visit by U.S. State Secretary John Kerry to Kyiv or simply the awareness of the deputies boosted for some reason. Yuriy Lutsenko announced new high-profile investigations against the Ukrainian legislators, with more appeals for lifting the immunity yet to come, but no earlier than this fall. Meanwhile, the law enforcers – rather unexpectedly – slammed their colleagues, who provided protection services for the so-called amber mafia profiting from illegal amber extraction, with a massive raid in Rivne region. The results were impressive, but the interdepartmental task force could hardly blow a strike at the very top of the criminal pyramid.

It is interesting to note that upon the return from his trips to the United States and Germany, Ukraine’s Prime Minister Volodymyr Groysman declared a de-facto crusade against populism and corruption, stating that these phenomena are the gravest threat to the Ukrainian society along with the Russian aggression. Groysman’s verbal persistence makes a good impression, but with no concrete steps, it might as well become a perishable product.

Should it be reminded that "tariff hustle" will continue being a high topic on the internal political agenda without a summer break so that by the start of the heating season, millions of Ukrainians could have already understood, who is the protector of their interests, and who speculates on these issues. Unification of prices of gas for all categories of consumers initiated by the Government is a serious test for the Ukrainian authorities, first of all in terms of communication with their voters. So far, the populist moves by Batkivshchyna and the Radical Party could only once be stopped by members of the coalition, who had taken part in the ATO. However, this game just can’t last too long, whatever the good intentions it chooses for cover. 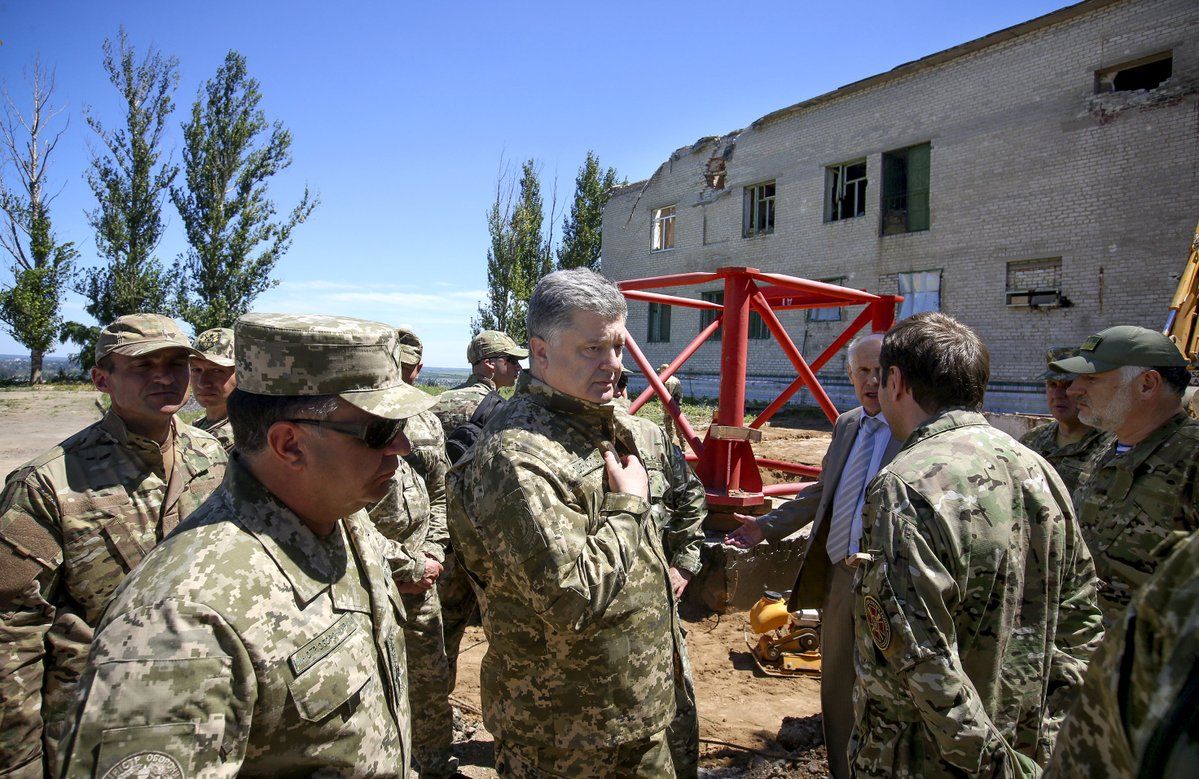 Petro Poroshenko visited Slaviansk for the second anniversary of the town’s liberation, stressing that he expected to return Donbas with political and diplomatic means. Meanwhile, the Russian side, which continues to send its citizens to "fight the Ukrops" to the east of Ukraine, is trying to convince Western diplomats that ATO forces are preparing for a new offensive on the separatist positions and encourages the West to contain Kyiv.

The Kyiv City Council, which has been out of the media focus for a while, decided to “contribute” to the development of Polish-Ukrainian relations by renaming the Moscow Avenue after nationalist leader Stepan Bandera. The Kyiv deputies, mostly representing the pro-president BPP faction, were not set off with the approaching anniversary of the Volyn tragedy, neither were they alarmed with the latest trends in Kyiv-Warsaw relations and the fact that Bandera Avenue will have an intersection with the Heroes of Stalingrad avenue. Unfortunately, the decision of the city council has become a reflection of the already traditional practice of using reverberant issues to distract public attention from insufficient economic and political reforms.