Ukrainian interest. Groysman in Brussels, Trump at it again, and "gift" from Sejm

On the eve of the first anniversary of his Government, Ukraine’s Prime Minister Volodymyr Groysman visited Brussels to hold talks with the leaders of the European Union. Donald Trump became the official candidate from the GOP in the U.S. presidential election. Labeling by the Polish Sejm of the Volyn tragedy as “genocide” is unlikely to improve Polish-Ukrainian relations. 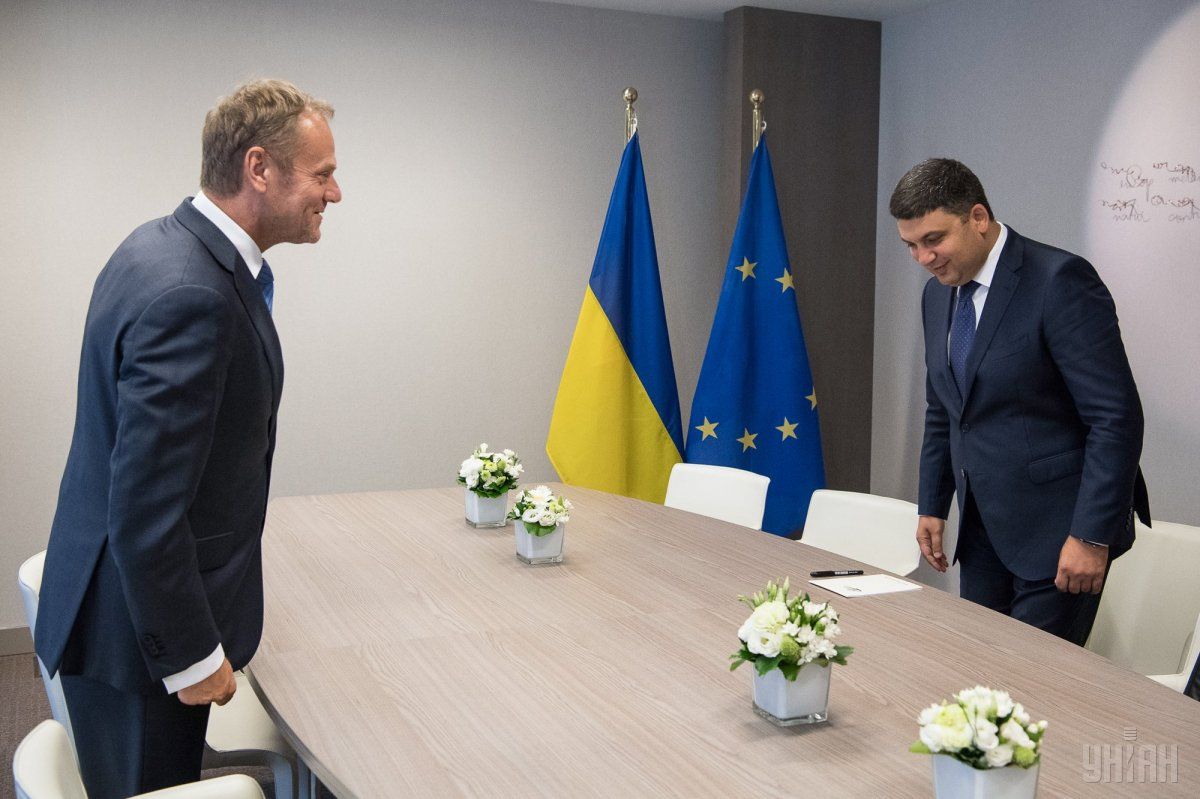 Ahead of the period of vacations in the European politics, Volodymyr Groysman paid a visit to Brussels. The trip is a logical and justified step as amid the accumulating problems within the EU, Ukraine must not let Brussels forget about the country’s European integration. The results of the prime minister's visit are quite encouraging: European Commissioner Johannes Hahn confirmed that the issue of a visa-free travel for Ukrainians will be reviewed in October, while European Commission President Jean-Claude Juncker said that the elections in Donbas are impossible until the security situation in the region changes for the better. EU High Representative for Foreign Policy Federica Mogherini reaffirmed Groysman that the implementation of the Ukraine-EU Association Agreement remains a priority for Brussels.

Finance Minister Oleksandr Danylyuk radiates optimistic about getting a new tranche of the International Monetary Fund for Ukraine, although the allocation will not be considered in July, as earlier scheduled, and in August, the Fund’s Executive Board will be on vacation. The point here is not about the money but in the fact of continued cooperation and IMF’s support for the initiatives of Groysman’s Cabinet.

Meanwhile, Turkey fell out of the list of the states which had a chance of getting a visa-free travel this year, as declared by the European officials. However, this move seems to have little to no importance to Recep Tayyip Erdogan, since he is now focused on riding on the shoulders of defeated coup plotters toward the expansion of his powers, which are already impressive. Turkey’s suspension of the European Convention on Human Rights would mean opening the road to the restoration of the death penalty, which looks totally unacceptable for the European Union.

An unfortunate address at a GOP convention by Donald Trump’s wife Melania, chunks of which were generously borrowed from Michelle Obama’s speech from 2008, was not an obstacle for The Donald becoming the official presidential candidate from the Republicans. Almost immediately after the announcement, Trump startled Washington’s allies in NATO with the statement that the United States were not actually obliged to come to their aid in case of external aggression. Therefore, the disappearance from the Republican platform of a pledge to provide lethal aid for Ukraine is in no way an unfortunate mistake, but quite a meaningful move. Trump bids on unsophisticated, not to say primitive, voters. And there might as well be a chance that his calls to focus on the inner development of the U.S. will find support.

For obvious reasons, Russia is totally fine with the prospects of Trump winning the campaign, but it cannot affect directly the outcome of the vote in the United States. The only thing it can do is try to predetermine the results with its foreign policy moves.

The Russian officials suddenly remembered about the Russian citizenship of Pavlo Sheremet, a journalist who was blown up in a car in the center of Kiev this week. There is no doubt that Russia will be pedaling the Sheremet case at the international level, insisting on the message: "Ukraine is becoming a grave for journalists."

Before leaving on vacation, the Polish Sejm predictably and almost unanimously (432 - in favor, 10 abstentions, no votes against) supported the resolution, labeling the Volyn tragedy of 1943 a "genocide of the Ukrainian nationalists against the Poles." Neither the understanding that this step was triggered with an inner political reasoning, nor the earlier recognition by the Polish parliament of Holodomor as genocide of the Ukrainian nation, nor the respect officially expressed for Ukrainians, who had helped the Poles, is able in this case to improve the Polish-Ukrainian relations. Over the past year they have consistently deteriorated and now require asymmetric steps from the official Kyiv. And the fact that the National Memorial Day for the Volyn Genocide is set on July 11 gives Ukraine and Poland almost a year to show that it is not only the historical problems that make up the content of bilateral relations.