A 4.6 magnitude earthquake was recorded in the east of Ukraine; 90% of restriction of access of the OSCE monitors in Donbas was on the part of pro-Russian militants; 9,000 IT-specialists have left Ukraine over the past two years.

4,6 points was the magnitude of an earthquake recorded in eastern Ukraine, according to the State Service for Emergency Situations. The epicenter lay near the settlement of Hranitne, at a depth of nearly 10 km.

7 centimeters is the distance covered by the Australian tectonic plate annually as it moves toward the equator, foreign media reported.

7 tonnes of cocaine worth nearly $400 million was seized by Bolivian police as the criminals tried to smuggle it to the United States, according to the foreign media.

11.5% of children in Ukraine have been vaccinated against tuberculosis, said Acting Minister of Health of Ukraine Ulyana Suprun.

Ukraine ranks 18th in the list of 29 countries in terms of democracy development in post-communist states, reads an annual study Nations in Transit – 2016, published by Freedom House.

35% of voters in Georgia admitted that their political views are affected by their congregation and their priest, according to the NDI survey, Georgian media reports.

47 people were detained or arrested in Armenia, in the case of a seizure of the police station building in Yerevan, foreign media reported with reference to the National Security Service of Armenia. 24 individuals were indicted.

90% of the cases of restriction of access of the OSCE monitors in Donbas were on the part of the pro-Russian militants, said first deputy head of the OSCE SMM in Ukraine Alexander Hug.

143 rail cars heading from Ukraine to Kazakhstan and Kyrgyzstan were arrested by Russia, according to the Ministry of Economic Development and Trade of Ukraine.

166 Ukrainian children died since the beginning of the conflict in Donbas, according to Deputy Director of the Ukrainian Institute of Extremism Research Bohdan Petrenko.

270 Russian athletes were deemed eligible for the Olympics in Rio de Janeiro, according to the Russian Olympic Committee, foreign media reported.

415 Ukrainian paratroopers have been killed in Donbas in the battles with the Russian aggressor since the beginning of the ATU, said President of Ukraine Petro Poroshenko. 2,295 paratroopers received state awards, seven of them were marked with the title of Hero of Ukraine.

500 witnesses have already been questioned in the investigation of the murder of journalist Pavlo Sheremet, according to the Prosecutor General of Ukraine.

700 points in the archery qualifying tournament is the new world record set by a South Korean athlete Kim Woo-jin at Rio Olympics, which is the first world record set in the Games this year.

1,474 citizen of Ukraine have filed applications for asylum in Germany over six months of 2016, foreign media reported.

3, 000 refugees were taken hostage by the Islamic State, foreign media reported with reference to the UN report, published August 5.

4,000 archive documents of the Ukrainian Insurgent Army, found in Ukraine’s Ternopil region have been seized from "black archeologists" by the SBU officers in Chernivtsi region, according to the Security Service of Ukraine.

9,000 IT-specialists have left Ukraine over the past two years, said deputy head of the Presidential Administration of Ukraine Dmytro Shymkiv.

9,533 people have been killed and another 22,137 injured in Donbas since the beginning of the armed conflict, according to a report by the UN High Commissioner for Human Rights, published on the website of the organization.

UAH 400,000 was the sum the two internet scammers took from two 17-year-old girls in social networks, according to the Police Department in Dnipropetrovsk region. 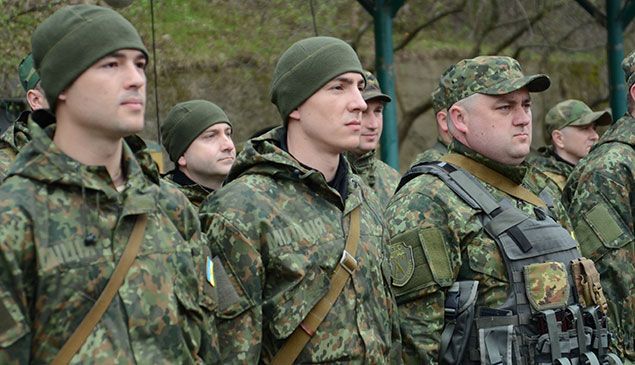 The Defense Ministry named the number of soldiers in the army’s operational reserve / 0352.ua

7.5 million Ukrainian pensioners receive pensions lower than the subsistence minimum because the government since 2012 has not carried out recalculation of pensions assigned earlier, according to the Ministry of Social Policy of Ukraine.

$65 million is the value of Bitcoins stolen by hackers at Bitfinex, one of the largest cryptocurrency stock exchanges, foreign media reported.

$26.6 billion is the total amount of claims of Naftogaz of Ukraine to the Russian gas monopoly Gazprom, now being considered in the Stockholm arbitration, according to Naftogaz. In turn, Gazprom claims $38.7 billion from Naftogaz.