President of Ukraine Petro Poroshenko vetoed the law “On amnesty in 2016”. This as an expected decision – even at the early stages, there were rumors at Bankova Street that the Ukrainian leader will go for such step: the bill was drafted very poorly.

Some 3,000-4,000 convicts were pardoned each year in average. Once Ukraine in 2011 has got into the world’s top ten countries in the number of prisoners, the number of amnestied individuals has grown as well - up to 15,000 people. The annexation of Crimea and occupation of parts of Donetsk and Luhansk regions have had their own impact on the life of Ukraine and, definitely, reflected in the fate of prisoners serving sentences in the penitentiary facilities and those waiting for amnesty: in 2014, the relevant law was supposed to provide for pardoning some 20,000 people.

The law could be interpreted ambiguously by Ukraine’s "Normandy" partners. They could claim that Kyiv was ready to grant amnesty only to "their" people, while having vowed to apply amnesty to all involved in the events in Donetsk and Luhansk regions

Last year, there was no amnesty whatsoever because the Verkhovna Rada delayed the adoption of the law “On amnesty in 2015" until year-end. This year, the deputies did pass it, but the president used his right of veto. In fact, he had a number of reasonable grounds to do so.

First and foremost, the reason for this decision, according to experts, was the fact that draft law No.4255 "On amnesty in 2016", adopted by the Verkhovna Rada on July 7, was really raw and could be ambiguously perceived by Ukraine’s European partners in the Normandy format. They could claim that Kyiv was ready to grant amnesty only to "their" people, while having vowed to apply amnesty to all involved in the events in Donetsk and Luhansk regions...

Moreover, the law has been written in such a way that even those individuals could be pardoned who should not be. Thus, traditionally, those who committed grave and especially grave crimes, don’t fall under the amnesty. Naturally, each time, the MPs are focusing on this issue in corresponding bills. Bill No.4255, on the one hand, was no exception. On the other hand, the experts from the Main scientific and expert department of the Verkhovna Rada, even before the voting, noticed that a literal interpretation of certain provisions of the bill (in their complex interrelation) indicates that the amnesty, according to this document, could actually be applied to the perpetrators of the especially grave crimes. In particular, paragraph "e" of Article 9 of the draft law said that the amnesty could be applied, for example, to those convicted of theft committed in large scale or by an organized group; smuggling by group of persons or smuggling committed by a person who has previously been convicted of this crime, or by an official abusing his position; blocking transport communications, as well as the seizure of a transport enterprise if it resulted in the death of people or other grave consequences; misappropriation of a vehicle, connected with violence or if it caused major damage to property; violation of laws and customs of war... "This expansion of the range of persons to whom the amnesty can be applied is baseless," read the comments to the draft by the Main scientific and expert department of the Verkhovna Rada. 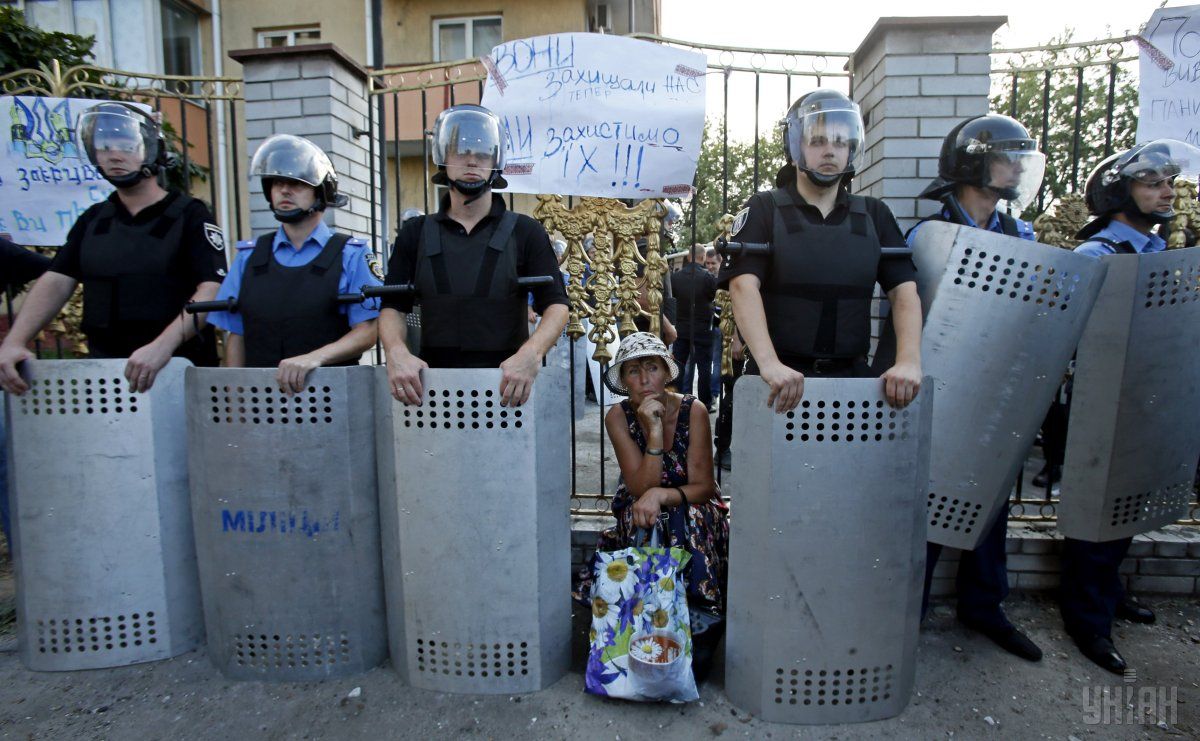 Another controversial aspect of the bill "On amnesty in 2016" was the fact that it stipulated the possibility of applying the amnesty not only for the convicts but also the accused. That is, in theory, this amnesty could be applied to those who were still being tried in courts. According to legal experts, this is contrary to the provisions of the law "On amnesty in Ukraine", which clearly states that the amnesty is an exemption from punishment of persons found guilty of crimes or whose criminal cases are completed considered, but their sentences have not entered into force.

In this context, the fears of the implementation of the law "On amnesty in 2016" in its initial form are moreover clear given that Ukraine already witnesses problems with another poorly considered law – the so-called "Savchenko law". According to some reports, since December 2015, this law helped more than 6,500 people be released from prison, with more than 800 inmates convicted of premeditated murder among them. According to the State Penitentiary Service, the "Savchenko law" can be applied to more than 40,000 convicts.

However, the National Police have already reported on the arrest for grave and especially grave crimes of more than 600 people who had earlier been released due to the "Savchenko law". According to Deputy Chief of the National Police Vadym Troyan, there are 17 murders among crimes committed by those people after their release... Now the Verkhovna Rada faces the question of adopting as soon as possible the amendments to the law. But how many more crimes will be committed before the MPs finally get to vote remains an open question.

Problematic interpretation of provisions of the law

An important nuance in the draft law "On amnesty in 2016" also remains the emergence of such a category of pardoned persons as the participants of the Anti-Terrorist Operation. "The law provides for declaring an amnesty and its extension primarily onto the combatants, those who defended the independence, sovereignty and territorial integrity of Ukraine, took direct part in the anti-terrorist operation," reads the explanatory note to the bill. In fact, certain the emergence of categories of pardoned persons is not a novelty for Ukraine. For example, one time, the legislators offered to amend the relevant law with the provision allowing to pardon those who were convicted in the case of the Sknyliv air show tragedy. However, according to a lawyer of the families of protesters killed during the Maidan uprising [the Heavenly Hundred], Yevhenia Zakrevska, the MPs this year voted not for the amnesty for ATO fighters, but rather for an "almost-universal amnesty" for the cops who had committed crimes “before, during the Maidan and after it as well (except for grave and especially grave crimes)."

In favor of this opinion, the lawyer cited several facts. First, she said that the list of crimes of which the Berkut police special forces troops are accused of as well as investigators and other police officers in the cases of the Maidan was included by the deputies into the exceptions to which the amnesty does not apply. Second, the law does not specify at all that a crime must be committed exclusively in the period of the ATO "and in general has to be in any way connected with the ATO." And thirdly, given that by the time the law was adopted, 90% of the law enforcers of the Yanukovych regime (moreover, Berkut officers) have already obtained the status of the ATO fighters, they can easily avoid just punishment for their crimes.

In fact, the MPs voted not for an amnesty for ATO fighters, but rather for an "almost-universal amnesty" for cops

"In addition, according to Director of the Center for Civil Society Studies Vitaly Kulik, the adoption of the bill in the form in which Parliament voted for it could contribute to efforts to "to write off the offenses and crimes of the military", for example, of the fighters from Tornado battalion. The thing is that one of the provisions of the document says about the possibility of granting amnesty not only to the convicts, but also to the once who were only accused (whose cases are still being considered in courts). "It's hard for me to explain persecution of individual volunteers and ATO fighters by the PGO the SBU, and other agencies. However, in general, writing off major offenses and crimes of military units is politically inexpedient," he says. 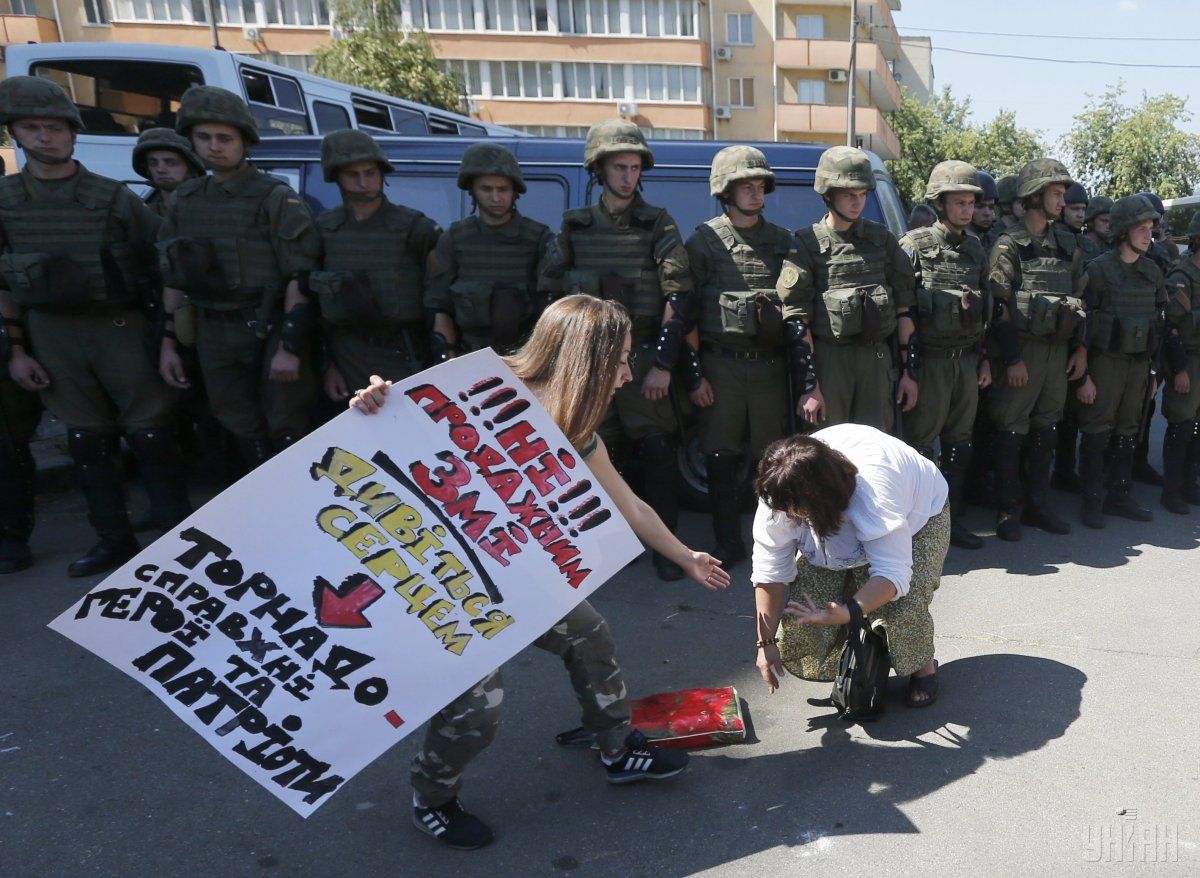 Despite the fact that the president has for the first time in the past years vetoed the law on amnesty, it does not mean that it will not take place

According to her, the situation with the law on amnesty "is the rare case when you want to thank the President" for an unpopular, yet important, step.

Besides, according to political analysts, despite the fact that the president for the first time in the past years has vetoed a law on amnesty, it does not mean that it will not take place. In particular, Andriy Zolotaryov believes that the Head of State should apply amnesty to specific convicts. "In this way, he would manage to achieve two objectives. On the one hand, he could show that he did not succumb to political pressure and vetoed the bill containing the disputed norms. And, on the other hand, he could show that there were no questions regarding criminal intent of the people who happened to be behind bars accidentally and pardon them," said the analyst.

In turn, Vitaly Kulik says that some prisoners will get their amnesty, despite today’s veto, with some symbolism – on the Independence Day. However, in his opinion, it does not remove the question of legal regulation of the situation at the level of the law, which requires an upgrade. To date, the text of a document with the president’s proposals has not yet been published on the website of the Verkhovna Rada. But the political scientist is convinced that we won’t have to wait long for a new draft law "On amnesty in 2016" with norms written more precisely.