Week’s milestones. Reshuffle on Bankova, echoes of Ilovaysk, and fire with trail

Ihor Rainin has taken over the presidential administration, while his predecessor Borys Lozhkin remains in Poroshenko’s orbit. Yuriy Lutsenko has declared the official version of Ilovaysk tragedy and announced the upcoming moves to deprive more MPs of parliamentary immunity. The fire at the headquarters of Inter TV channel will almost inevitably result in political consequences.

Bankova Street has shown that it is ready for a new political season. The adept of negotiating tactics Borys Lozhkin will focus on seeking foreign direct investment. He was replaced by Ihor Rainin, who had earlier managed to evade high-profile scandals while holding office in Kharkiv region. The new head of the PA will have to face the challenge of political parties who have declared their opposition stance and taken a stand, among other things, in favor of holding snap parliamentary elections. At the moment, sociologists are recording their growing ratings.

It was not just Rainin’s appointment that demonstrated the authorities’ commitment to refute the attacks of the opposition. Prosecutor General Yuriy Lutsenko, while telling the press about the causes of the Ilovaysk tragedy, announced the upcoming moves to deprive more members of parliament of their immunity. Certain deputies are to be accused of high treason. The charges are too serious for them to fall on deaf ears of the Ukrainian legislators. They are definitely to respond. With regard to the Ilovaisk tragedy, the PGO dug deeper this time, providing data on sales of military equipment over ten years prior to the Russian invasion. To be honest, the information released was rather impressive. It seems that the investigation has got hold of some strong evidence against Pavlo Lebedev, Ukraine’s Defense Minister at the times of the presidency of Viktor Yanukovych. The prosecutors are also showing special interest in in the person of Vadym Novinsky, who in turn enjoys support of the Opposition Bloc.

The notorious system of e-declarations was updated on September 1, although it is still far from being perfect. However, sometimes the process is sometimes more important than the result, and Petro Poroshenko not only emphasizes the need for e-declaration, but also publicly expressed his confidence that the visa-free regime would be provided for Ukraine as well as the next tranche of the IMF loan.

Against this background, the government is getting ready to draft a budget for 2017. Among its priorities, Volodymyr Groisman has called defenses, construction of new roads, and decentralization. Officials are racing each other promising that scholarships for students will remain in place, while not all graduate studies will have to be paid for. Judging by the approval of the concept for the Peace and stability in Donbas program, the eastern regions of Ukraine will remain in the focus of both the government and international donors. Minister for the ATO and the occupied territories Vadym Chernysh has stressed that it is only to be applied to the areas of Donbas under the control of Ukrainian government. 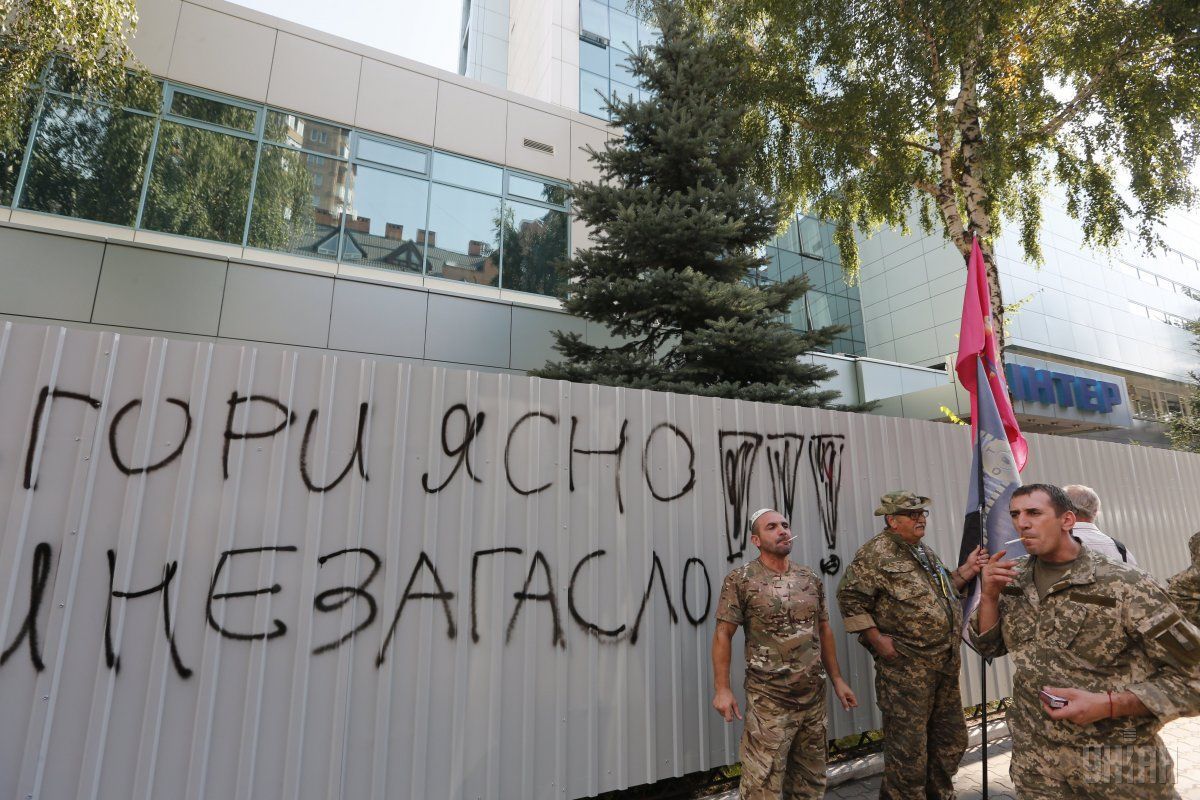 The incident with a fire at a production studio of Inter TV channel will definitely go beyond the crime news. One of the country’s most popular TV channels has recently been caught agreeing its information policies with the intelligence services of separatists, while Minister of Internal Affairs Arsen Avakov has called on the SBU to deport a Russian citizen Igor Shuvalov, who is in charge of forming Inter’s TV agenda from within Ukraine’s borders. New details and comments are rapidly emerging in the case with fire, and it will certainly not remain without a response from the Russian Federation and the European community which traditionally expresses concern. But it’s not international reaction that is important for Ukraine today, but the effective action of law enforcement agencies within their jurisdiction, and trustworthy investigation findings.