Five Crimean Tatars were wrongfully arrested in the occupied Crimea; 131 cases of poisoning by counterfeit alcohol were recorded in Ukraine; 280,000 Ukrainians took part in the ATO; UAH 2.4 billion was the total amount of payments to IDPs in 2016.

Five activists of the Crimean Tatar community - Teymur Abdullayev, Uzeyir Abdullayev, Eider Saledinov Emil Dzhemadinov and Rustem Ismailov - were wrongfully arrested in the occupied Crimea, according to the Ministry of Foreign Affairs of Ukraine.

11 Ukrainians were arrested in Spain for complicity in the delivery of weapons and drugs to terrorists in Iraq and Libya, according to foreign media quoting Spanish police as saying.

13% can be an inflation rate in Ukraine at the end of 2016, said Deputy Minister of Economic Development and Trade of Ukraine Yulia Kovaliv. The agency expects that in 2017, the figure will drop to 8%.

25 shops selling alcohol were closed down in an anti-alcohol raid in Kharkiv by the State Fiscal Service (SFS) and other law enforcement agencies, following numerous cases of poisoning by surrogate alcohol, according to the SFS. 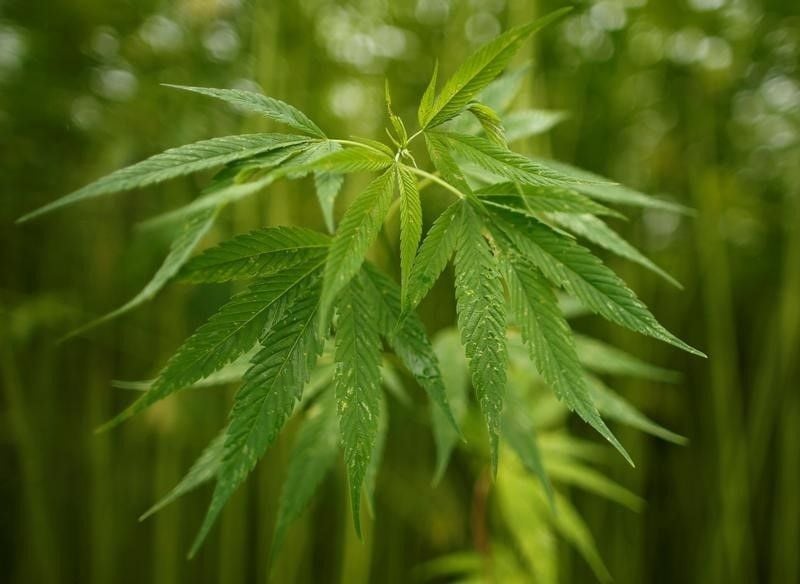 35 kg of marijuana seized by law enforcers from a resident of Odesa region, according to the Southern Regional Office of the State Border Guard Service of Ukraine.

48 cars were damaged in Odesa by trees and branches which collapsed due to the recent stormy winds, according to the Odesa police patrol.

98% of medical supplies purchased through UNDP have already been delivered to Ukraine, according to the UNDP and Ukraine’s Health Ministry. 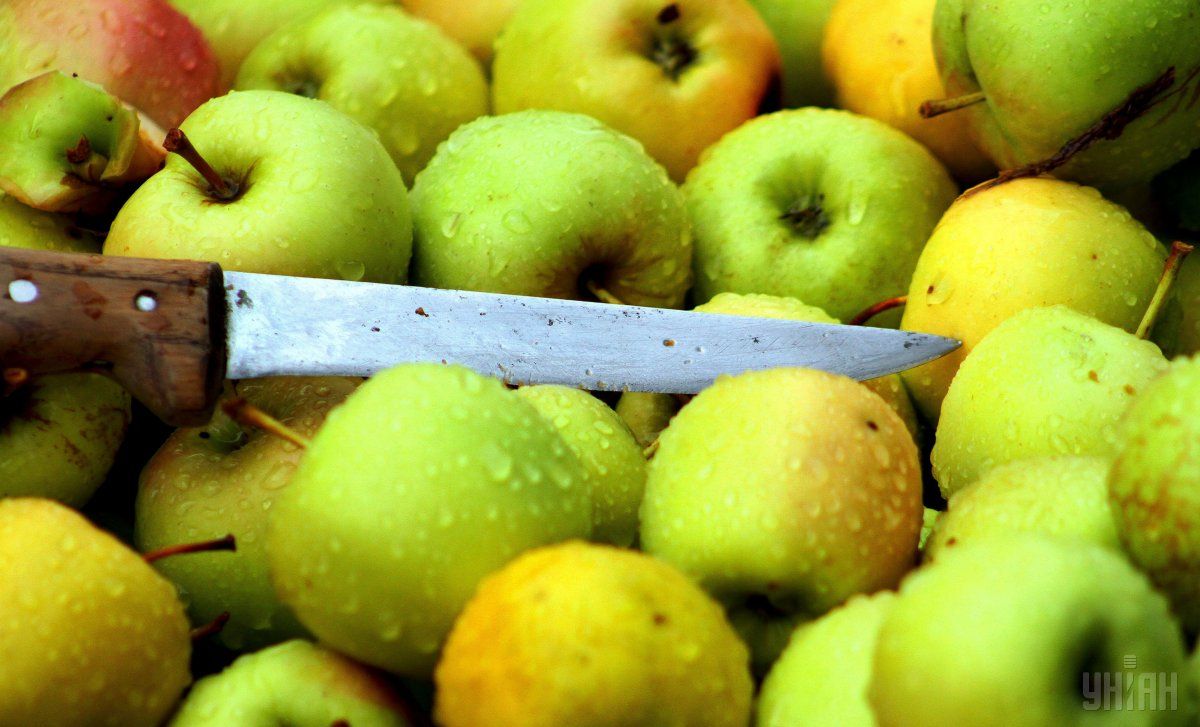 103 people were freed from labor slavery in Vinnitsa region, according to the Security Service of Ukraine.

131 cases of counterfeit alcohol poisoning were recorded in Ukraine, of which 54 were lethal, according to the State Service for Food Safety and Consumer Protection.

276 settlements in 11 regions of Ukraine have been de-energized because of the poor weather conditions, according to the State Service for Emergency Situations. 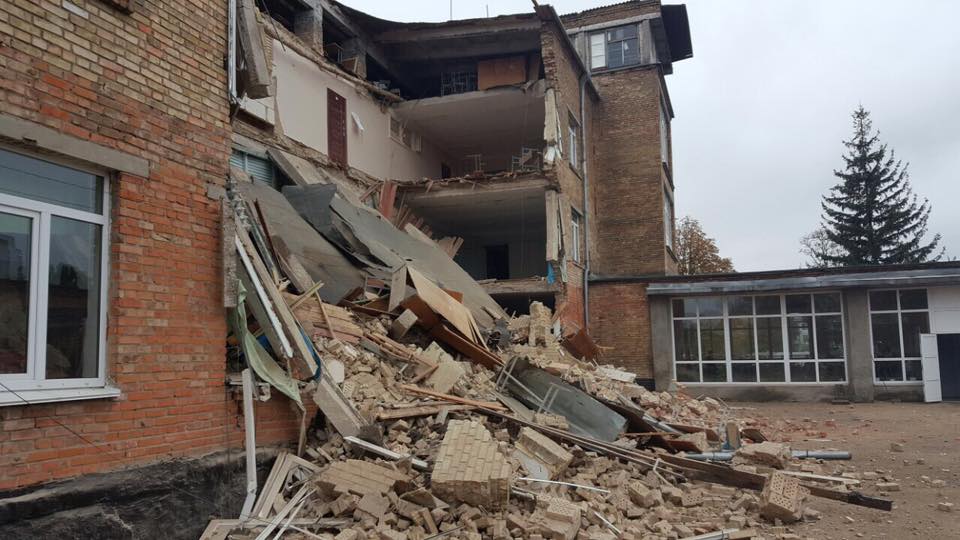 There were no victims in a school building collapse near Kyiv / facebook.com/igor.mosijcuk

589 students and 42 staff were evacuated due to the collapse of a school building in the town of Vasylkiv near Kyiv, according to the State Service for Emergency Situations.

600 volunteers from the occupied areas of Donbas were recruited by Russia to participate in Syria war, the State Border Guard Service of Ukraine reported.

785 former convicts, released from serving the sentence according to the so-called "Savchenko law" were charged with committing new crimes, including 22 murders, the National Police of Ukraine reported, according to Ukrainian media. A total of 8,200 people has already been released in line with the new law.

840 tonnes of goods was seized in Volyn region as smugglers tried to import them into Ukraine under the guise of humanitarian aid, according to the State Fiscal Service. 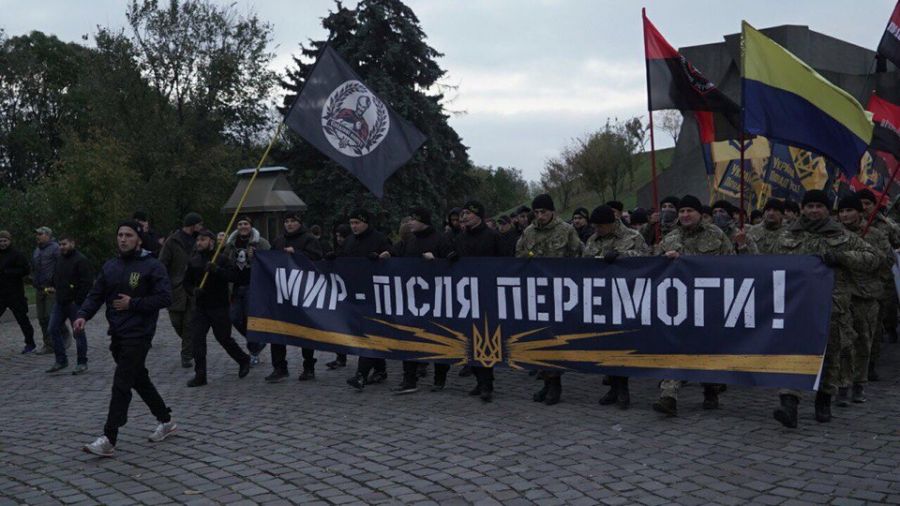 A procession was held in Kyiv on the occasion of the Day of Ukrainian Cossacks / Photo azov.press

5,000 people took part in the procession held in Kyiv on the occasion of the Day of Ukrainian Cossacks, the establishment of the Ukrainian Insurgent Army [UPA] and the Ukraine Defenders Day.

25,000 Ukrainian orphans and children deprived of parental care have neither own home nor temporary social housing, the deputy chairman of the Public Union "Alliance for the Protection of Children's Rights" Alina Tirnovenko said.

280,000 Ukrainians took part in the ATO, said President of Ukraine Petro Poroshenko. At the same time 266,000 Ukrainian troops have been granted a status of combatants. 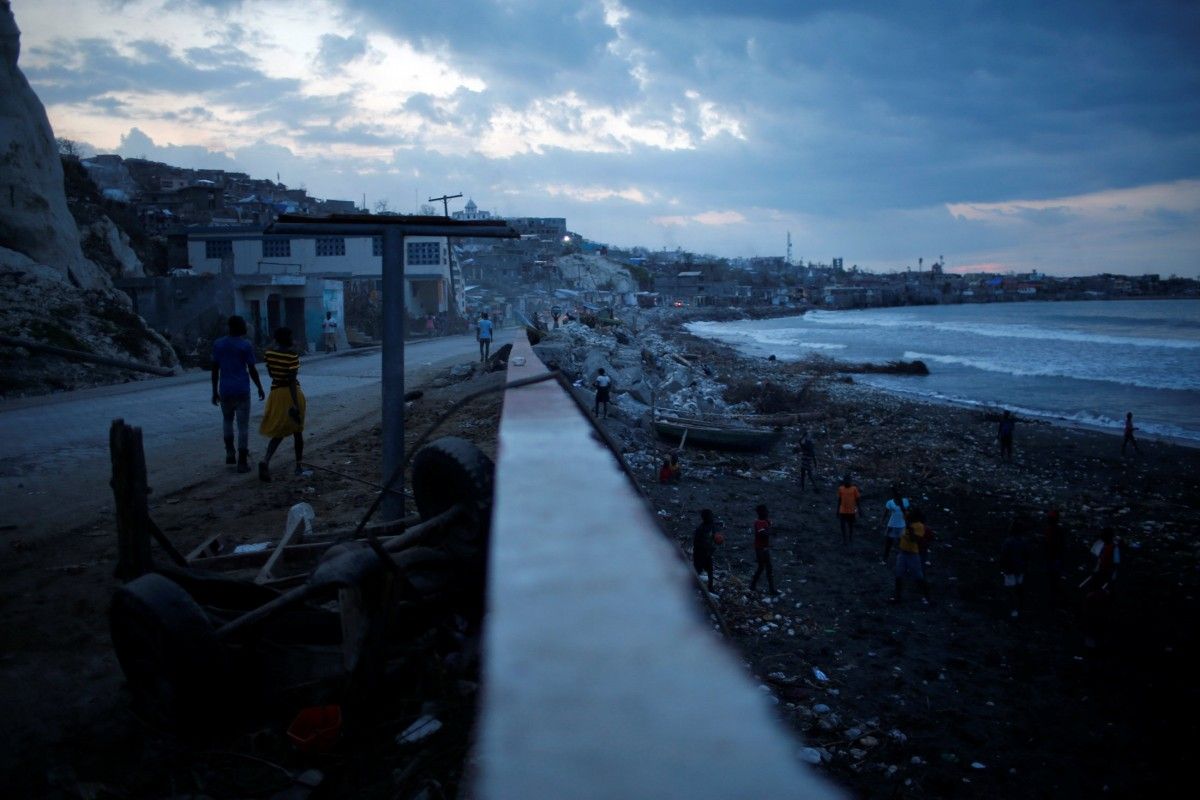 1.5 million victims of Hurricane Matthew are in an urgent need of aid, according to Ukrainian media quoting the United Nations as saying.

1,696,326 internally displaced persons from Donbass and the Crimea have been officially registered in Ukraine, according to the Ministry of Social Policy.

$20 million will be allocated by USAID for the implementation of the four-year program to support small and medium-sized agricultural producers in Ukraine, according to Minister of Agrarian Policy and Food Taras Kutoviy.

$119 million was requested from donors by the United Nations to help 750,000 people in Haiti who were affected by Hurricane Matthew, foreign media reported.

UAH 2.4 billion was the total amount of payments to IDPs in 2016, according to the Ministry of Social Policy of Ukraine.

UAH 32 billion is a surplus of local budgets from the beginning of 2016, said President of Ukraine Petro Poroshenko.