Ex-NATO Secretary General Rasmussen: States most vocal in favour of lifting Russia sanctions also among those that suffered least due to these sanctions

Former NATO Secretary General Anders Fogh Rasmussen, who in May 2016 was appointed a “non-staff” adviser to President of Ukraine Petro Poroshenko, in an interview with UNIAN has told what exactly was discussed at the first meeting of Friends of Ukraine, stressed the need to prolong the anti-Russian sanctions for 12 months instead of six, and the need to update the existing format of negotiations on Donbas.

When did you decide to create FoU?

Following my appointment as external adviser to the President of Ukraine, Petro Poroshenko, my company Rasmussen Global has initiated an ambitious project on Ukraine. The overall aim is to keep Ukraine on the international agenda while at the same time keep reform on Kyiv’s agenda.  Towards this end, the Friends of Ukraine Group, in particular, seeks to bring together prominent, senior figures that can be engaged with the Ukraine project and help advance these goals.

In addition, the choice of timing for the first meeting coincides with the EU Council - taking place just the week after - which will discuss relations with Russia. It also comes a month ahead of the EU-Ukraine summit. This is why bringing informed, credible voices through the creation of the Friends of Ukraine is critical in order to help broaden the debate.

Why did you do it?

Because Ukraine is at a critical juncture in its history. It is still caught in a war in the East yet in the middle of its most ambitious reform efforts to date. At the same time, the country is gradually becoming a close EU ally and partner on a number of issues, such as illegal migration or energy security. Ultimately, Ukraine matters and this is why it is important to keep a broad and strategic debate going in the Western capitals.

What exactly will FoU do?

The Friends of Ukraine coordinate future outreach activities aimed at keeping a strategic and balanced debate while at the same time helping to relay advice from western capitals to President Poroshenko. This includes high-level meetings in the EU and the US with a focus on, reforms-anticorruption, privatization, situation in the east and the Minsk process, or NATO-Ukraine cooperation as well as media outreach. 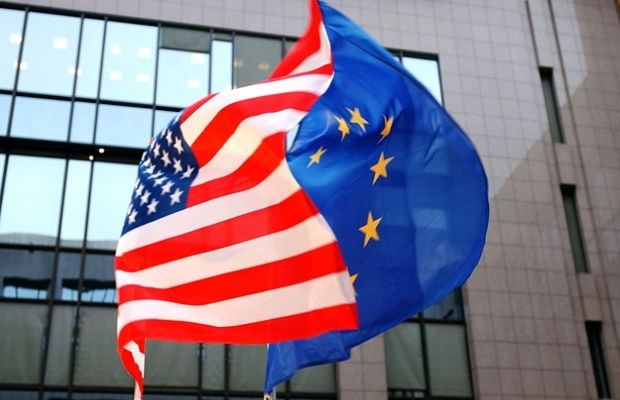 What was a topic for a discussion Wednesday?

Among what was discussed yesterday was the security situation in Ukraine and Western involvement in the resolution of the conflict in the east, including the extension of the sanctions regime. We issued a declaration which calls for a bolder approach towards Russia and greater support for Ukraine and its reforms. On sanctions, we recommend extending the current measures to 12 months instead of six and go after those who try to circumvent them. We also think that for the war in Donbas to be solved, we need to update the current format and include the US and the EU in the negotiations. We also talked about recommendations for Kyiv on reforms.

We also discussed an independent report commissioned by Rasmussen Global from leading sanctions experts on the sanction regime against Russia. The study debunks many perceived myths such as that countries in Europe hard hit by the sanctions regime are the same countries asking that sanctions should be lifted. This is misleading: in fact, the countries that are most vocal in favour of lifting sanctions – like Italy and Greece – also happen to be those that are among the states that suffered least due to sanctions against Russia. Their position for lifting sanctions is therefore political rather than economic.