Vladimir Putin is once again singing the same old song of "one nation" meaning Russians and Ukrainians, apparently. SurkovLeaks revived interest of the West to the Ukraine issue. NATO is in an active search of a model to refute Russia’s hybrid aggression, trying to act asymmetrically. 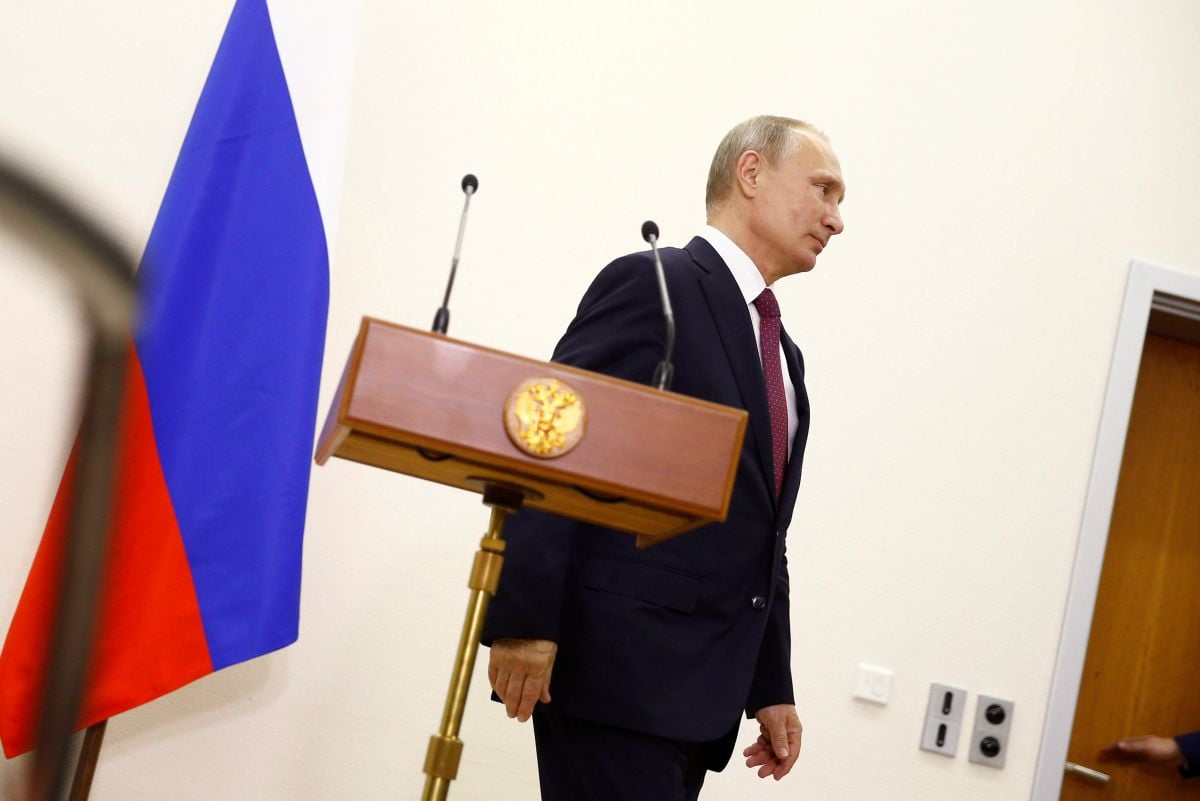 Russia's president is once again changing his image, this time he is trying to play carrot and stick with the Kremlin’s indescribable grace. The result is not very convincing, but many Russian citizens enjoy the game – this week, Levada Center’s polls saw Putin’s rating soar to 84%. The Russian president visited the occupied Crimea to attend a meeting of the Pan-Russian People's Front, where he vowed to quickly resolve the energy issues of the peninsula and advocated the future plans to construct a bridge to Crimea from mainland Russia. Besides, at meeting of the Valdai discussion club  in Sochi, Putin stirred the media with several important statements.

It should be noted that Russia failed to hold a meeting of the Valdai club, with a lot of foreign experts among its members, in the occupied Crimea, which confirms the effectiveness of sanctions against Russia for its annexation of the peninsula. Any high profile figures, including former presidents, prefer not to be seen on the piece of Ukrainian land seized by force.

But let’s go back to Putin's statements. Besides the already traditional anti-Western rhetoric, the Russian president paid a lot of attention to Ukraine and its president in particular. "Accidentally" recalling the fact that the Roshen chocolate factory in Russia’s Lipetsk has been operating in a normal mode, Putin went on to say that the Ukrainian leader had actually got into a dead end the negotiations on Donbas settlement, recently held in Berlin. Putin hinted that it was only due to the “Bundeskanzlerin” that the talks had any outcome whatsoever (which fits into a story published by Kommersant claiming Angela Merkel took Petro Poroshenko for a private chat away from the common negotiations table to persuade him on certain matters).

It seems that the war of interpretations of Normandy format talks will be on top agenda exactly to the moment when the four leaders hold a joint presser, which will definitely become a global media event. Interestingly enough, Putin has no problem - even in public – with the expansion of the Normandy format by including the United States, since it is well understood that the formal adoption of the proposal could take a long time.

At the same time, Vladimir Putin accused Ukraine of the reluctance to buy “cheap” Russian gas as well as Western companies – of breaching the contracts with Gazprom. It seems the fact that Ukraine has actually managed to jump off the Russian gas needle might be even more disturbing to Vladimir Putin than the fact that Russians and Ukrainians had been separated and set on each other. Putin’s mantra of one nation is one of his favorite, and it seems that the Kremlin chief cannot be stopped by the fact that its potential audience in the West has no confidence in it.

By the way, the West found the content of leaked e-mails from Surkov’s office a quite interesting read. It’s not that there were any classified documents there, but the array of correspondence of Putin's aide in charge of Donbas, South Ossetia and Abkhazia gives a fairly complete picture of the Kremlin's agenda, pushing the West to the official recognition of the Russian aggression (hybrid, but still an aggression) against Ukraine. 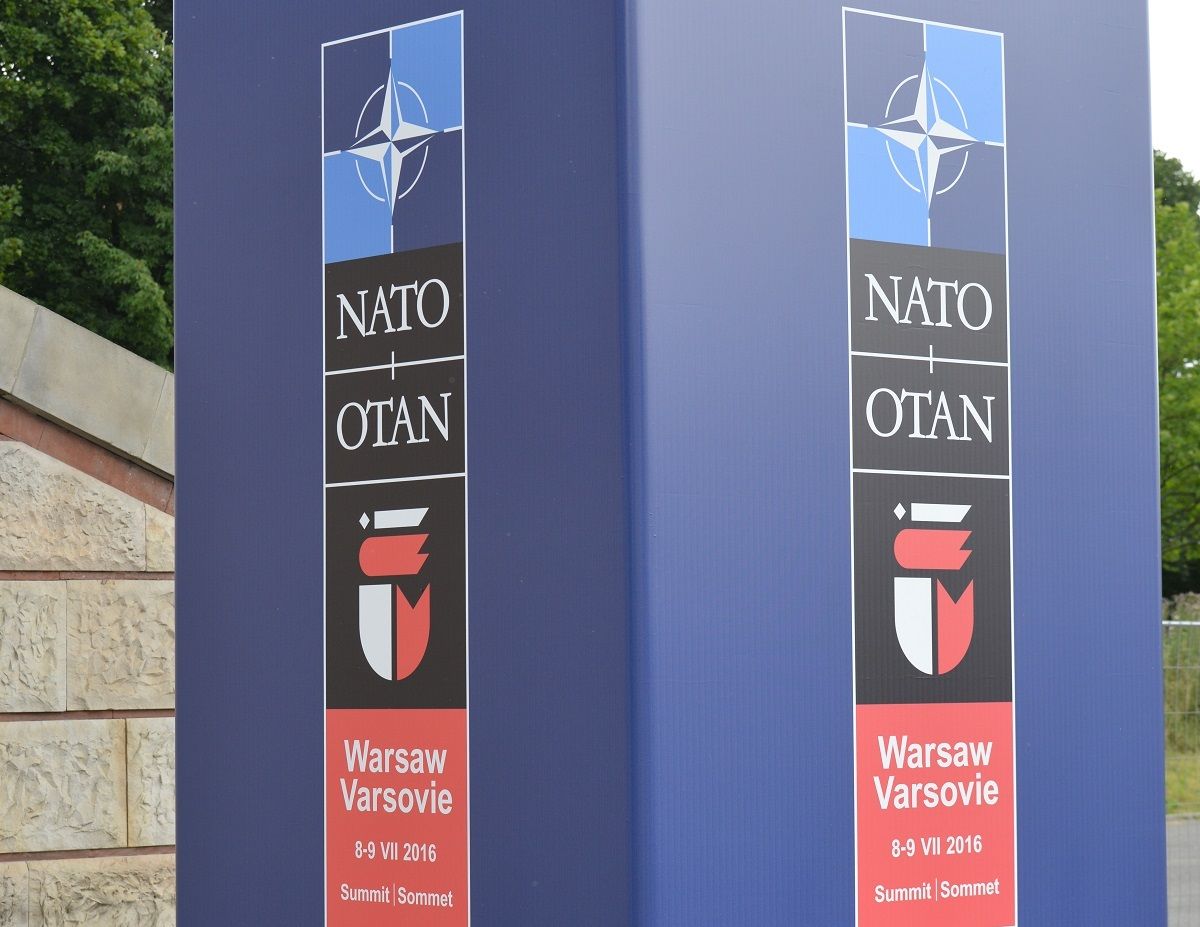 The Allied defense ministers have agreed on the algorithm of deployment in the Baltic states and Poland of four NATO battalions, comprised of troops from most member countries on rotation. This decision was taken at the NATO summit in Warsaw in July, now becoming more specific. At the same time, NATO Secretary General Jens Stoltenberg stressed that NATO was not interested in another Cold War with Russia. By the way, a security conference in Riga heard strong voices calling for countering Russia, although it was the former top officials who delivered the most emotional speeches, not the current decision-makers.

Meanwhile, the European Union awaits the decision of the Netherlands on the fate of the ratification of the Ukraine-EU Association Agreement, which was opposed by the Dutch in an April referendum. As regards visa liberalization, the situation is rather dialectical: Head of the European Council Donald Tusk said that the EU needed to settle some internal issues ahead of granting visa free travel to Ukraine and Georgia, while President of the European Parliament Martin Schulz assured that there will be enough votes for the adoption of the necessary decision. We will just have to wait for the D-Day.