Developing decentralization in Ukraine today provides the perfect test for skills that must be part of sound policy development. 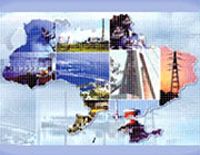 Ukraine is now in the process towards restructuring its constitutional and  institutional governance framework, keeping in mind that the respective areas of competency of central and regional/local governments must be clearly delineated making decentralization and regionalization, as the driving force.

It is thus an opportune time for Ukraine to ask the questions that go to the heart of development of the policy and strategy for regionalization, while maintaining its national coherency and spurring national and regional economic development policies.

Sound policy development and legislative drafting must be based on sound methodology that poses the fundamental questions and that relies on an open process of interchange and communication with the stakeholders. This not only provides the basis for increasing the chances of good policy development, but also increases the legitimacy of the chosen policy model.

The experience of the recent past on governance in Ukraine, provides the parties concerned with some of the questions, or at least raises several fundamental issues, but does not necessarily provides with all of the answers. The experience of the European Union member states in decentralization and regionalization may help in providing with some of the answers.

Hence, the questions must address:

2. the creation of a legislative framework that will enable Ukraine to meet,

3. the political demand for increased regional self-definition, and

4. the creation of the necessary institutional setting for a coherent overall national economic development approach that,

5. balances the central government need for maintaining national coherency, with the regional need for self-development and self-sustainability, within

6. a solid investment enhancement based legislative framework and administrative practice.

There are four basic threshold questions that are at stake. They address the level of institutional decentralization through democracy that Ukraine wants to promote, while allowing for a strong state to be the guardian of economic development, unity and cohesion.

Not easy tasks to carry out simultaneously in a transition economy that still needs to bring its institutional, administrative and governance capacity to a level commensurate with the vision it has of itself for the future.

Developing decentralization and regionalization in Ukraine today, with local self-government`s ability to function effectively, provides the perfect test for skills that must be part of sound policy development.

The focus on decentralization, regionalization, local self-governance and regional economic development must inevitably start at the overall institutional approach to governance and the relationship between the regions and the central state government.

One of the key points to keep in mind at the onset is to define clear lines of competence and authority between the various levels and layers of governance.

This has been, and still is, one of the weaker links in establishing a functional and functioning government in Ukraine. No administrative reform at this point would be truly beneficial, if the issue of governance is not resolved in the first place.

The other major issue that will determine whether a policy of regionalization will succeed in fostering economic development in the regions and generally, concerns the regulatory framework and rule of law.

The extremely opaque and confusing context in which businesses operate in Ukraine today, which is also one of the reasons still for the high level of businesses operating in the shadow, has had a negative impact on the ability of the country to generate investments.

Even if the investments have increased in the last two years, the pace of development of Ukrainian small and mid-sized enterprises still is quite stifled by the high regulatory context in which they must function.

In developing a policy of regional development, these aspects must be also taken into consideration.

Beginning with the institutional framework, the stakeholders must thus establish the possible consequences of a given policy, and its possible impact on the dynamics of the society and its ability to move forward.

The starting point begins with four main areas of inquiry:

The regional council is elected by the population and its chairman by the council. However, in practice, the council essentially delegates its authority to the regional administration, which is an extension of the central government.

a. What new authority and capacity must the council have in order to promote  regional self-government and regional economic development?

b. Should the Council elect the head of the executive administration of the region?

c. From which pool of candidates? (Council or based on universal suffrage).

d. What issues are likely to arise if elected from within the Council?

e. What issues are likely to arise if elected by universal suffrage from a pool of candidates from the region?

The regional administration, aptly named the oblast state administration, is an extension of the state central government, and only superficially does it address the issues that may arise in the region and local governance needs.

Furthermore, the practice of governance has made it so that national budget allocations and support for new infrastructure development are based on political allegiance to the president and central state administration.

The head of the region is nominated by the Cabinet of Ministers and then appointed by the President for the duration of the term of the president, unless otherwise terminated sooner.

b. How can the head of the region be nominated and appointed or elected in accordance with principles of democracy?

c. Can the Parliament ratify a nomination for the head of the oblast administration?

d. What issues are likely to arise if elected by universal suffrage from a pool of candidates from the region?

e. Can there be a problem of blockage if the Council and the head of the region, elected separately by universal suffrage, for example, do not cooperate?

Today the central state government and regional administrations are one and the same, as stated above. The result has been a slow process of decentralization, a false promise of democratization at the local level, a confusion of each part`s role, and in the end inability to foster capacity building in governance and economic development at the regional and local levels.

At the same time, the push for democratization resulting from the prior regime`s centralized approach is a key issue in terms of maintaining unity of the country, while promoting regional and local self-governance.

Answers to these issues are probably situated over a period of time, in which the central government still needs to play a strong role of policy maker and development for democratization and economic growth, while the regions and local governments develop their capacity to function more independently.

Hence, again, the issue of the relationship between the two levels of government is back in the front of the discussions on the subject. This issue is an extension of the prior issue raised about the definition and identity of the regional administration.

This point must force the parties concerned to redefine the role of the central government and regional government in terms of authority each needs to exercise for an effective governance of the country and the regions.

a. What model of relationship between the central government and regional government does Ukraine want to choose?

b. Should the regional government administration represent only the interests of a region, or should it also act as a delegated manager of the central government?

c. What institutional capacity does the region have today in carrying out the delegated tasks of the central government?

e. Are they overlapping issues concerning certain aspects of the items listed above?

f. If so, how can they be managed effectively without creating additional and unnecessary administrative, institutional and budgetary burdens?

g. Is the concept of region as defined today in the form of oblasts the proper approach to regionalization?

h. Prior debates concerning the conceptualization of regions had indicated larger areas for regions, taking into consideration several factors, among other approaches. Given the options that were debated and the choice that was finally taken, were a compromise, not necessarily based on sound government approach, will the debate be reopened?

This translates into inability to carry out most of the tasks that are under the authority of local self-government, as the majority of special programs are not funded, either locally or via national budget allocations.

a. Are local self-governments able to carry out the functions enumerated in existing legislation?

d. Is delegation of powers and authorities an effective way in carrying out governance tasks generally?

e. If so, what resources would be available if local self-government does not have a sufficient base for self-finance?

5. TIME FOR CREATING A FRAMEWORK FOR A DEMOCRATIC, DYNAMIC AND JUST SOCIETY

Many of the questions posed and issues stated above have been raised in the last 15 years in Ukraine. They remain as valid today as they were then. In the meantime, much has happened and much has been learned by all.

Hopefully, this renewed contribution to the debate will foster further dynamic ideas from Ukraine and will lead to the beginning of the fulfillment of its aspirations, and that its pent-up potential will begin to become a reality.

By Petro Morgos, The Ukrainian Times.

Mr. Morgos is the Senior Expert in Legislation and Institutional Issues of the EU funded Project "Assistance to Regional Development in Ukraine". The Project is implemented by Bureau of Economic Management and Legal Studies, division of BCEOM. The findings, conclusions and interpretations expressed in this article are those of Petro Morgos alone and should in no way be taken to reflect the policies or opinions of the European Commission.