Ukrainian interest. Maneuvers in Davos, magnetism of inauguration, and breakthrough in The Hague

The Economic Forum in Davos has become a platform for Petro Poroshenko’s intensive negotiations. Donald J. Trump’s inauguration was among the factors that destabilized the legislative process in Ukrainian Parliament. Ukraine has lodged a lawsuit against Russia with the International Court of Justice. Igor Dodon does not intend to recognize Crimea Russian territory. 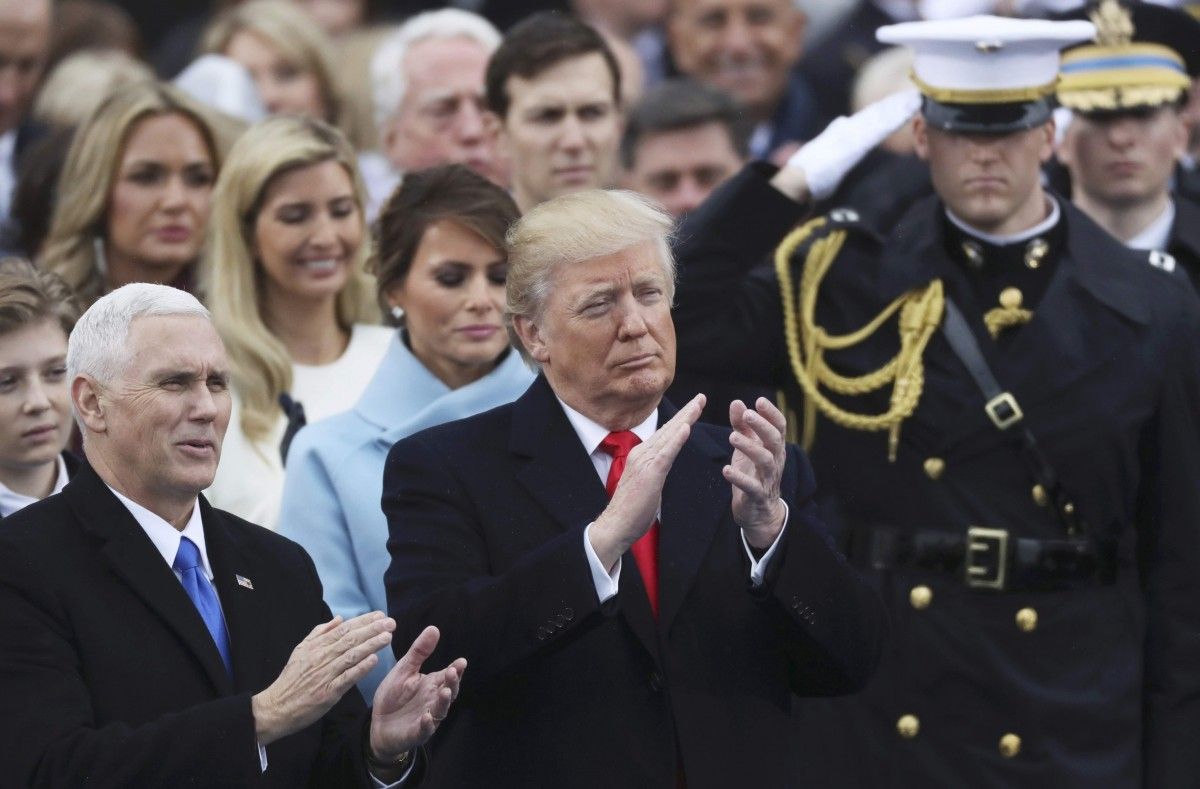 The World Economic Forum in Davos has shown a fairly high interest of world leaders to Ukrainian issues. Although Victor Pinchuk’s "Ukrainian breakfast" hosted more foreign visitors than the oligarch’s compatriots, this was not the only event that was important for Ukraine. The Forum means, among other things, bilateral meetings and interviews with foreign media, in which Petro Poroshenko succeeded. Xi Jinping’s support of Ukraine's territorial integrity and his willingness to take part in resolving the conflict in Donbas, voiced during negotiations with Petro Poroshenko, are worth a lot. The Ukrainian president’s talks with IMF Managing Director Christine Lagarde also looked promising, giving hope for a speedy allocation of another loan tranche. Poroshenko’s meetings with his Azerbaijani counterpart Ilham Aliyev and Georgian Prime Minister Giorgi Kvirikashvili indicate the persistent interest of the official Kyiv to the development of relations with the South Caucasus. In his interviews with Bloomberg and Reuters, the Ukrainian leader talked about the Russian threat and stressed that Ukraine was interested in developing relations with the new U.S. administration and awaits from the EU a final decision on visa liberalization.

The inauguration of Donald Trump, or rather, the opportunity to participate in the celebrations that followed, attracted many Ukrainian politicians, the majority of whom earlier in November were positive in the victory of Hillary Clinton. The promise of a breakthrough in Ukrainian-U.S. relations following the meetings with the local political elite o sounds tempting, but it is unlikely to be implemented. Operations of the American political machine is a little more complicated than it is portrayed in the popular television series House of Cards. But Trump inauguration and the Forum in Davos, along with the Baptism of Christ holidays have all led to a shortage of MPs at the Verkhovna Rada’s session hall on a voting day, which is revealing with regards to the MPs’ attitude to performing their direct duties. The irony lies in the fact that this act of parliamentary sabotage took place in the same week with a farewell visit of U.S. Vice President Joe Biden, whose inspirational speech these deputies praised in December 2015.

Noteworthy is not only the inauguration, which was the logical conclusion of Trump’s presidential campaign, filled with grand promises, but also a farewell press conference of Barack Obama. The 44th president stressed the need to maintain sanctions against Russia until it ceases its aggression against Ukraine, recalling that these sanctions had nothing to do with the nuclear arms issue. He also сalled on his successor to form an effective team. The principle of "the King is played by his entourage" is also relevant in the citadel of democracy.

For the second time since year-start, Ukraine welcomed OSCE chief Sebastian Kurz, who also visited Moscow after the Ukrainian capital. The ambitious diplomat proposes to switch to a 24/7 mode of operations of the OSCE SMM in Donbas, noting the lack of trust between the parties to the conflict in eastern Ukraine. Meanwhile, Ukraine has lodged a lawsuit against Russia with the International Court of Justice in The Hague, accusing the Kremlin of violating the International Convention for the Suppression of the Financing of Terrorism. Of course, one should not expect a verdict anytime soon but the experts assess really positively the very fact of the suit being filed. Apparently, the investigation in the case of Viktor Yanukovych, who is charged with treason, scheduled for February, could be helpful in the case of Ukraine’s legal confrontation with the aggressor state.

Moldova’s President Igor Dodon has pleasantly surprised Kyiv during his official visit to Moscow. Although he has pledged in case of victory of the Socialists in the next parliamentary elections to cancel the Moldova-EU Association Agreement, which sparked a negative public reaction, the Kremlin-supported politician refused to recognize Crimea the Russian territory, claiming this does not meet the interests of Chisinau, which intends to build good relations with Kyiv.