Ukraine marked its Unity Day with no excessive glitz. Rada Speaker Andriy Parubiy’s positive assessment of parliament’s work looks dubious as the Ukrainian Parliament shamefully closed its session on Friday failing to reach a quorum. The Ukrainian Cabinet is increasingly resembling a terrarium with those dwelling there facing a range of external challenges.

Petro Poroshenko during the celebrations of Unity Day harshly criticized Ukrainian politicians seeking to give up parts of the Ukrainian soil. The president's statement echoed his long-standing dispute with the leadership of Samopomich faction who were irritated with the government decree on the implementation of some of the fundamentals of the state policy regarding the temporarily occupied parts of Donetsk and Luhansk regions. Andriy Sadoviy’s team demanded that the SBU Security Service probe the government’s defeatist attitude, while Lviv Mayor on his part tried to bring to the planetary level the problem with the city landfills. The result of this row brings to an end any speculation over a possible return of Samopomich to the parliamentary coalition, for which every voice is golden at the moment.

On the occasion of the state holiday, the president awarded a number of politicians and public figures, in particular, honoring former POW Volodymyr Zhemchuhov with a Hero of Ukraine title. The Odyssey of the Ukrainian patriot who survived through traumatizing captivity and never got abandoned by the Government not only deserves maximum publicity but can also serve as an example to follow. Ukraine’s humanitarian envoy to the Trilateral Contact Group in Minsk Iryna Gerashchenko assures that Poroshenko during his meetings in Davos raised the issue of the return of Ukrainian POWs in an effort to ensure pressure on the Kremlin in this issue of as many countries as possible.

Unfortunately, Joe Biden's farewell visit to Kyiv inspired just a few of Ukrainian politicians. Some of those “burdened” with deputy mandates chose a trip to the Donald Trump’s inaugural celebrations over the legislative routine. The other part decided to “shine with all their glory” in Ukraine.

While many MPs earlier used to skip mainly Wednesday and Friday sessions, the latest voting Thursday on Rada also saw a huge amount of empty seats in the Rada. The combination of Trump inauguration with Christ Baptism celebrations and other "important matters" have emptied out the session hall of the Verkhovna Rada, forcing Andriy Parubiy once again to try to save face. The Speaker’s statement praising "the effective and fruitful work" of the Parliament sounded as an outright mockery. In particular, due to the lack of quorum, the legislators failed to expel Nadiia Savchenko from the parliamentary committee on national security and defense – the move already endorsed by committee members earlier in the past week. 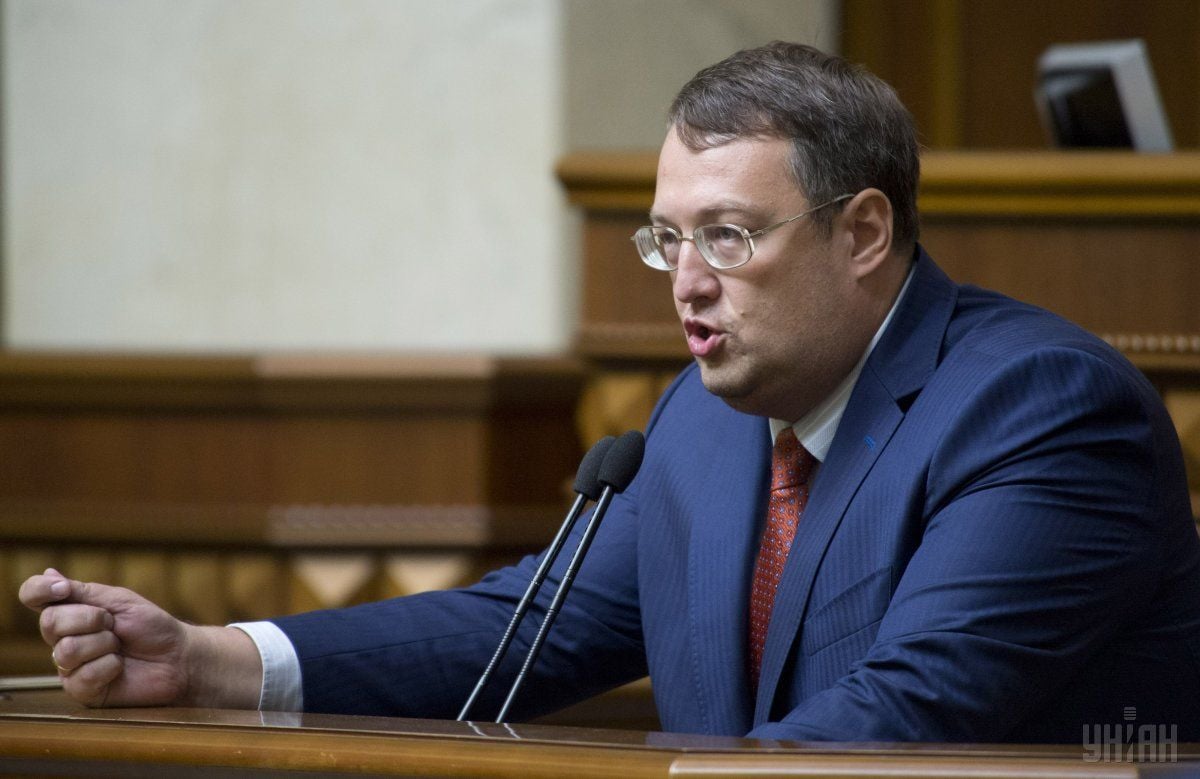 By the way, the committee has more challenges to tackle now: the SBU said they prevented the assassination of MP Anton Gerashchenko. Interior Minister Arsen Avakov’s ally from the People’s Front is known for his vocal position on many issues. The incident, which fortunately involved Gerashchenko only indirectly, must remind the public that the confrontation with Russia continues. The situation with the MP, who, as he admitted, had his second birthday this week, must give a powerful impetus for a more active work not only to the profile committee, but also to all the deputies. However, this will happen, at best, in the beginning of February, after the parliamentary recess.

In the case of punishing those who contributed to the Russian aggression, the Ukrainian judiciary has seen some progress. The Pechersk Court has agreed to conduct a pre-trial investigation in absentia in the case of Viktor Yanukovych’s high treason charges, rejecting the ex-president’s will to become a party to the trial from the territory of Russia. The argument in favor of the position of the Prosecutor General 's Office was a photocopy of documents dating back to early 2014, when Yanukovych called on Vladimir Putin to use force to “restore order” in Ukraine. The fourth president of Ukraine is trying, though with little success, to prove his innocence and willingness to cooperate with the investigation through the interviews with the Russian media. Meanwhile, one of the recent allies of Viktor Yanukovych, Oleksandr Yefremov, appeared before the court in Luhansk region.

PM Volodymyr Groysman, who last week marked his 39th birthday, is unlikely to expect easy and quiet life in the near future. Several conflict lines have shaped up within his government, which would complicate its work. The infrastructural and financial line is connected with the re-subordination of Ukrainian Railways to the Ministry of  Economic Development and Trade, which, mildly speaking, did not leave the Minister of Infrastructure, Volodymyr Omelyan, too happy. It seems that now the success stories of the national railway company will be important for the entire executive branch. It would be great to see the same level of consolidation around the Acting Minister of Health, Ulyana Suprun, who has been going through hard times lately. Moreover, the latest promises of Defense Minister Stepan Poltorak to "fight Russia until the end" require serious organizational reinforcement. So the government will not be able to rest on "the laurels of a UAH 3,200 wage," also considering that many deem rather controversial the Cabinet’s move to double the minimum wage.