Situation revolving around Ukrzaliznytsia may provoke a government crisis. Samopomich Party through its talking heads is trying to tackle the “waste blockade” of Lviv and tries to contribute to the blockade of railway connection with the areas in Donbas beyond government control.

Control over Ukrzaliznytsia [Ukrainian Railways], which, according to its CEO Wojciech Balczun, is moving from losses to profits, has become a stumbling block for the Cabinet of Ministers. Interestingly enough, its re-subordination to the Ministry of Economic Development and Trade from under control of the Ministry of Infrastructure was the second such attempt over the last six months - in 2016 the hierarchy of control over Naftogaz of Ukraine was attempted to be altered, but company CEO Andriy Kobolev had managed to hold his ground. Maybe there is a certain logic in trying to concentrate all monopolies under control of a single ministry, but it would be nice to have these moves explained to the public. In the meantime, the conflict between the Minister of Infrastructure, Volodymyr Omelyan, and Wojciech Balczun, the prime minister has publicly backed the latter, to which the minister has vowed to fight until the end. The latest revelations regarding the time the company CEO spent beyond Ukraine’s borders in the past year are unlikely to be the last argument in this battle, so we are to expect more exciting discoveries.

It should not be forgotten that in the process of reformatting the coalition the Ministry of Infrastructure came under control of the People's Front Party, while the top management of Ukrzaliznytsia, according to Omelyan, has found a common language with Lviv-based Dubnevych brothers – influential deputies from the BPP faction. Against this background, the withdrawal of some MPs from parliamentary coalition looks particularly juicy (although it was only MP Yuriy Bublyk who publicly voiced this allegation), since neither Poroshenko’s allies nor the Yatsenyuk-led Party are interested in the early elections to the Verkhovna Rada. 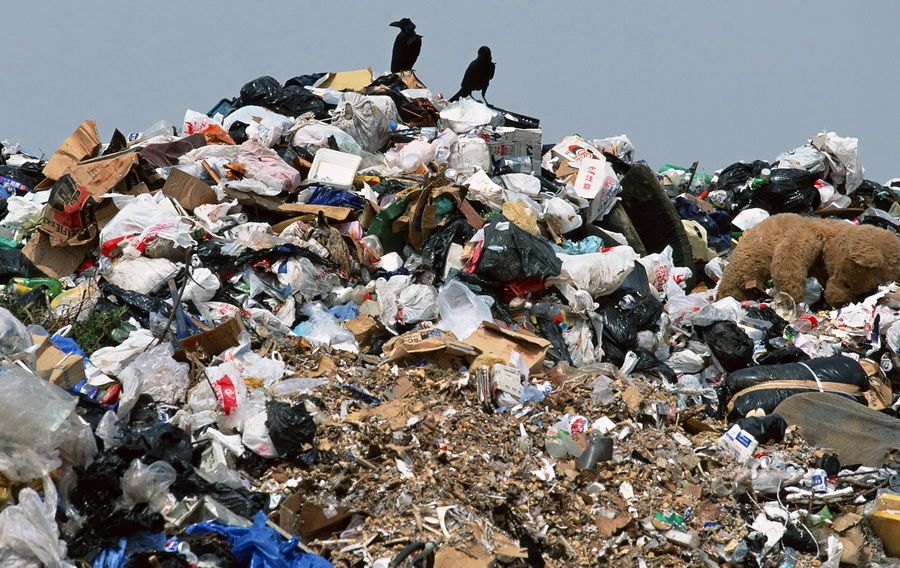 After the tragedy in Hrybovich, Lviv authorities will build a new landfill / Photo from like.sumy.ua

Volodymyr Groysman had to step on the neck of the decentralization process. It is difficult to give another assessment of the prime minister’s direct intervention upon Petro Poroshenko’s order in the process of resolving the issue with the Lviv landfills. By a strange coincidence, calls for help by Andriy Sadoviy, who combines the posts of Lviv mayor and leader of Samopomich Party, were heard by his political opponents. It should be a topic of a separate research, why an experienced politician Sadoviy has over the past ten years spent in Lviv helm failed to tackle the problem.

Meanwhile, Sadoviy’s party fellows, with the support of MP Volodymyr Parasyuk and groups of veterans from Aydar and Donbas volunteer battalions decided to block logistic lines to the uncontrolled territories in Donbas. The stated purpose is pure and noble - to stop trade relations with the militant-held areas on the background of continuing hostilities. However, there is also a side effect: blocking railway lines creates problems with coal supplies coming from the uncontrolled territories. It might as well happen so that the Ukrainian goods in militant-held areas will be replaced with those imported from Russia. After all, 400 kilometers of the border are not controlled by Ukraine. Meanwhile, the country’s energy security problems may become too serious.