The resumption of the Verkhovna Rada’s plenary sessions did not add ranking points to most legislators. The death of Givi (“DPR” terrorist Mikhail Tolstykh) will not become a turning point in the Donbas conflict but it may adjust some positions. The new head of the National Police took office.

Ukrainian legislators continue to test the patience of their voters. No, we cannot say that they do nothing at all but the pace of decision-making and the effectiveness of law-making causes noticeable public irritation. The Verkhovna Rada bottoms the list of public trust in authorities and there is no reason to expect that it will be able to rise up anytime soon. "Patriotic calls" by Speaker Andriy Parubiy are being shattered by the physical absence of the majority of lawmakers in the session hall, while the outrageous “performance” of MP Oleksiy Honcharenko outside the German embassy and yet another brawl between legislators only add to the negative perception of their overall passivity.

Meanwhile, Yulia Tymoshenko tends to play against the existing trend, radiating increased activity after a brisk meeting with Donald Trump. She is ready to declare martial law, reduce tariffs, and dismiss Groysman’s government. She and her fellow party members even tried to register the relevant resolution, but without much success – they did not gain the necessary 150 signatures. It should be recalled that the Cabinet of Ministers is still to enjoy a one-year indulgence period due to end in April, associated with the adoption its action plan.

A number of parliamentarians, from time to time joined by other politicians, continue their game with the "blockade" of the occupied territories, for some strange reason focusing mainly on the railway. While we’ve grown accustomed to the participation in such actions of politicians or people sporting camouflage, the fact that the soldiers from the 16th Battalion (albeit on leave) have joined the initiative is, in fact, a dangerous signal. It is worth noting that the fight against coal supplies amid the heating season looks, to put it mildly, a bit short-sighted, based on the Bolshevik principle of "the worse - the better." It's a shame that the deterioration is taking place on the eve of the anniversary of the shooting of the Heavenly Hundred and against the background of talks about the need for another Maidan in social networks.

Yevhen Marchuk and Volodymyr Horbulin last week in their own way contributed to the understanding of what is happening in the country, noting both the scale of hybridity and necessity to address systemically the problems the country is facing. Marchuk does not rule out the need for a transition to a presidential republic in the background of getting closer to a point when Ukraine will be required to take unpopular decisions. Horbulin believes that Russia has three different scenarios for Ukraine, which, however, we can resist as we are seeing some military and political progress in our country. It is important that the representatives of the old political school are showing increasing understanding of the current situation. 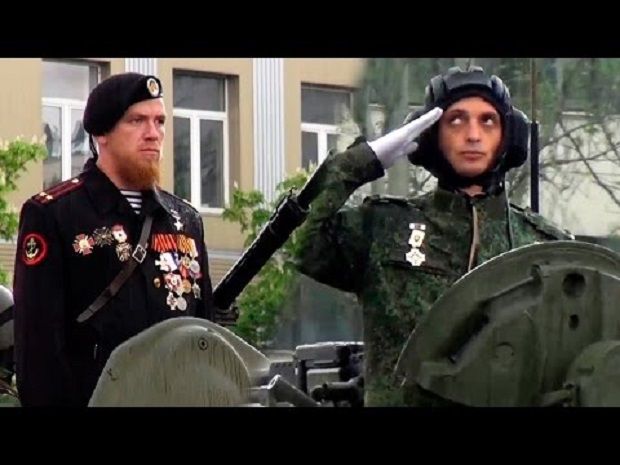 The death of Givi (Mikhail Tolstykh), known for his ostentatious bravado and torturing Ukrainian prisoners, is unlikely to change the balance of forces in Donbas. In particular, a Russian writer Zakhar Prilepin has reportedly joined the terrorist troops as a “political mentor.” Moscow is not going to let Donbas and the whole of Ukraine fall from the sphere of its interests. This is evidenced by public condemnation by Sergey Lavrov of "Russophobia" of the Ukrainian authorities and his call on the official Kyiv to "take on decentralization."

The saga with the appointment of a new chief of the National Police has come to an end. Serhiy Knyazev, a police general, who is unlikely to cause problems for Arsen Avakov, has been appointed. However, the minister used the political experience to rein in his subordinate just in case: a report stating the lack of any visible progress in the investigation into the murder of a journalist Pavlo Sheremet emerged just at the time of Knyazev’s appointment. However, the law enforcers representing a new formation, according to a press conference of the head of NABU, Artem Sytnik, don’t perform much better: professional anti-corruption watchdogs cannot boast of any notable success.