Pavlo Klimkin sees no military solution to the conflict in Donbas, being convinced that confidence in Russia has seriously decreased worldwide. The murder of exiled Russian MP Denis Voronenkov in the very heart of Kyiv and the decision to ban Russian Eurovision entrant Julia Samoilova from entering Ukraine launched another round of hysteria in Russia. Alexander Lukashenko curiously combines his vow not to allow the Ukrainian scenario of protests in his country and his readiness to intensify political dialogue with Kyiv. Pedro Agramunt has taught a lesson in cynicism.

Ukrainian Foreign Minister in an interview with LigaBusinessInform outlined the priorities of Ukraine’s foreign policy. Among them is the settlement of the conflict in eastern Ukraine, continued European and Euro-Atlantic integration, and the strengthening of Ukraine's positions. Pavlo Klimkin believes that Ukraine will no longer be a bridge between the West and Russia, instead to become a logical element of NATO’s eastern flank. This positioning seems necessary in the context of the ongoing Third World Hybrid War, as the minister puts it.

It seemed that the Verkhovna Rada tried to compete with Mr Klimkin in terms of the country’s foreign relations this week. The deputies passed a resolution calling on the U.S. Congress to recognize Ukraine as Washington’s key partner beyond NATO. It is interesting to note that the initial addressee was intended to be the administration of Donald Trump, who seems to have failed to find a common language with Angela Merkel on the existing contradictions between the U.S. and EU. Meanwhile, Pavlo Klimkin stressed that negotiations are continuing on setting up a meeting of the Ukrainian and U.S. presidents.

In turn, Russia will pursue its attempts to use media advantage to further shape the image of Ukraine as a failed state. Russian officials have been on a constant spree to smear Ukraine for more than 10 years already. The entry ban issued by the SBU against Russian singer Yulia Samoilova ahead of the Eurovision contest in Kyiv is interpreted by Russian leaders and propaganda media as a violation of human rights, allegations sounding particularly cynical when voiced by Moscow. Apparently, the cold-blooded assassination in Kyiv of former State Duma deputy Denis Voronenkov will be interpreted in Moscow in a way to turn away from themselves any suspicions of setting this murder up.

Belarusian leader Alexander Lukashenko has been actively using the elements of hybridity on the eve of Freedom Day (the anniversary of the country’s founding). The unchangeable president has forgotten about "soft Belarusianization" and slammed on his opponents with the ultimate repressive apparatus. Lukashenko combined his vow not to allow the Ukrainian scenario in Belarus with the agreement reached with Petro Poroshenko to intensify dialogue between the two countries. The paradox lies with the fact that now it would not be timely for the Belarusian president to intensify contacts with Russia or the EU.

The IMF at the last minute postponed their decision to allocate another bailout tranche for Ukraine. IMF experts will try to assess the consequences for the Ukrainian economy of the blockade of the movement of goods with the occupied territories of Donbas. The decision was unpleasant, but not tragic, for the Ukrainian economy, requiring for its recovery much more than $1 billion promised by the IMF. 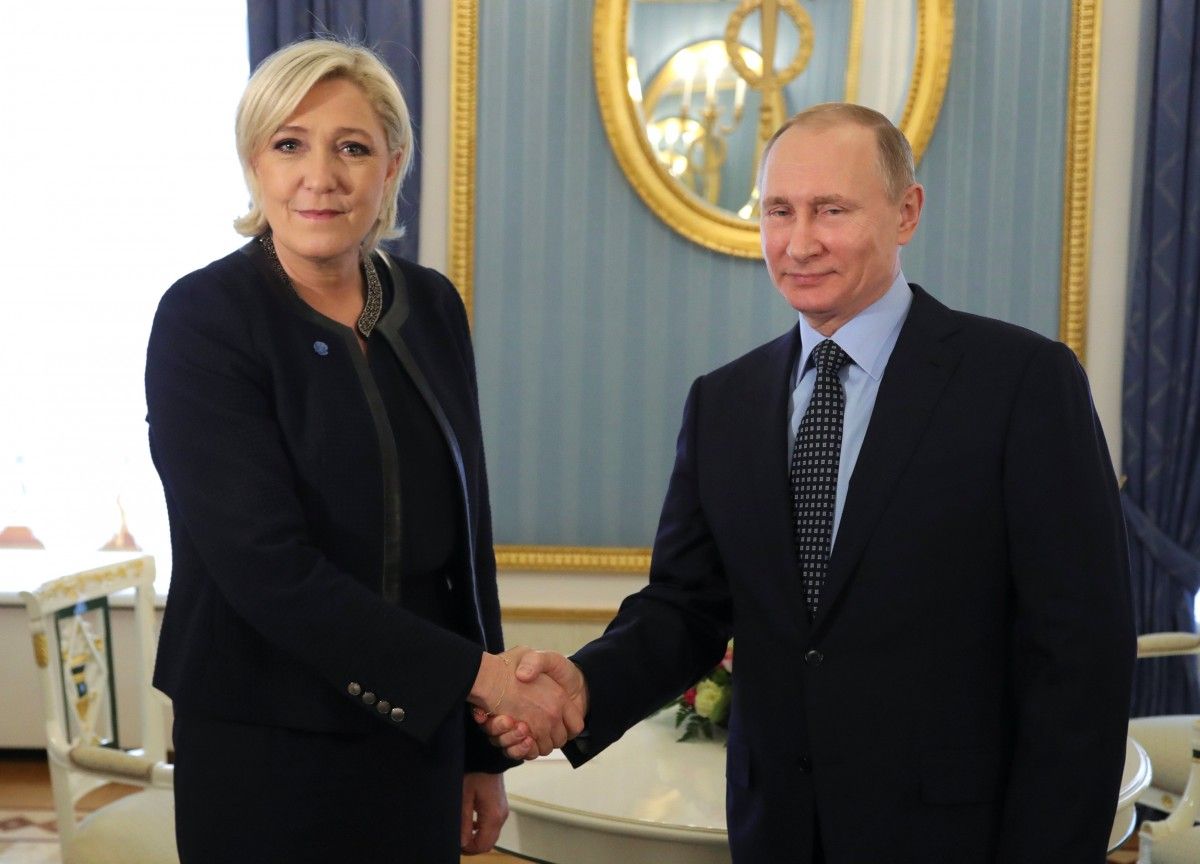 Marin Le Pen used her Kremlin trump card in the presidential race in France. Emmanuel Macron, the leader of the National Front, has narrowed the gap recently, so Le Pen chose to pay a visit to Russia, where she met with Vladimir Putin in person. The Russian leader claimed he would not interfere in French presidential elections, thereby only sparking greater concerns over the scope and methods of possible intervention.

Meanwhile, the European Union is celebrating the 60th anniversary of the foundation of the European Community. In this regard, Jean-Claude Juncker expressed confidence that Brexit would find no reflection in other EU member states. In turn, Turkey’s Recep Tayyip Erdogan has vowed to radically revise his country’s relations with the EU following a successful constitutional referendum in Turkey.

PACE President Pedro Agramunt, along with a group of European deputies and the Russian delegation has visited Syria. He also spoke in favor of Russia's return to PACE. Thus, both Ukrainian and European politicians were taught a lesson in cynicism.