The EP's decision on visa liberalization for Ukraine has positive consequences for millions of Ukrainians. The prime ministers of the Baltic States during their Kyiv visit actively demonstrated they understood Ukrainian problems. Donald Trump has created unexpected challenges for the Russian leadership. The Normandy Four is increasingly turning into a phone talks format for several “Threes.”

521 MEPs on Thursday supported visa liberalization for Ukraine. Against the decision were only the right-wing and left-wing radicals who don’t even find it necessary to hide their ties with the Kremlin anymore. Ukraine has yet to see two more formal votes so that millions of holders of a biometric passport with a trident on its cover had the opportunity to enjoy their visa-free travel across the European Union. However, no visa-free employment or studying will be allowed for Ukrainians in the EU within the framework of visa liberalization. Corresponding visas will still have to be obtained.

It is interesting to note that the EP decision which the Ukrainian authorities met with some overexcitement also found its reflection in Russian propaganda, whose talking heads are now sowing the ideas that there will be no one who will choose to stay in Ukraine, or that the Ukrainian guest workers in Europe will face the toughest jobs possible. Apparently, the masterminds behind these spin messages are simply unaware of the latest history of Ukrainian migrant workers, many of whom had successfully bypassed any visa restrictions and already returned from their mostly illegal working trips to the countries of Southern Europe.

Kyiv Security Forum, organized by former Prime Minister Arseniy Yatsenyuk, was a good occasion for discussing pressing foreign policy issues. Analysts, experts as well as legislators from Western countries and three prime ministers of the Baltic states, who understand Ukrainian problems better than many others in the EU, came for a two-day visit to Kyiv to attend at the Forum. Petro Poroshenko this week paid visits to Latvia and Denmark following a recent trip to Estonia and Sweden. This voyage is seen as a conscious step toward strengthening the northern vector of Ukrainian foreign policy. Ukraine’s top officials no longer hesitate to remind Europe that it is the Ukrainian military that today protect the Old World's values from the Russian armed invasion, although Ukraine is not able to completely cover up all directions of hybrid aggression.

The tragic events in Syria (the use of chemical weapons by government forces in the province of Idlib) saw some unexpected developments. Donald Trump, who used to campaign for reducing U.S. interference in other states’ affairs, personally sanctioned a Tomahawk strike on Shayrat air base, from where warplanes carrying chemical bombs had taken off. This step not only became a surprise for many observers but also an unpleasant surprise for Russia, whose leadership had nurtured hopes of finding common language with the 45th U.S. president. It is interesting to note that the missile strike was made during the U.S. visit of Chinese President Xi Jinping. 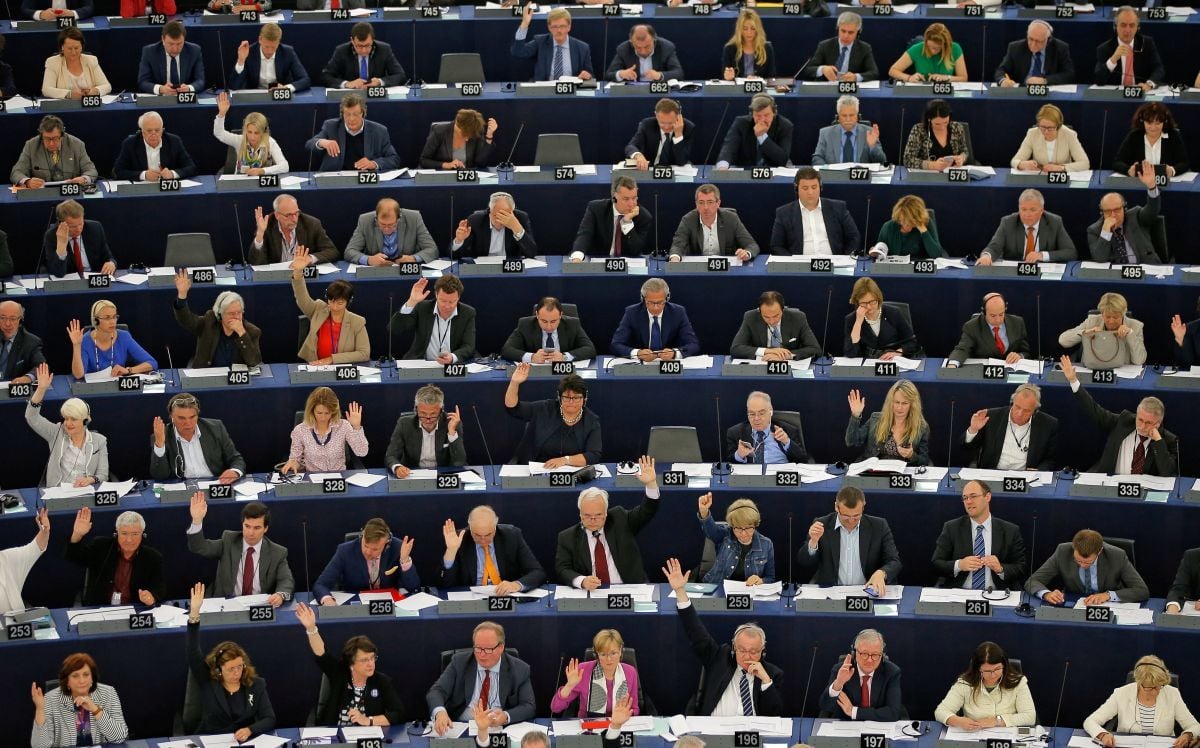 Not only will Russia have to seek an answer to new Middle Eastern realities, trying to keep a good face in a bad game, it will also have to fight for its own influence on global events. Many linked the explosion in the St. Petersburg subway to the logic of Vladimir Putin's actions, who is now preparing for another re-election. Meanwhile, it was the Islamic State who claimed responsibility for the attack on policemen in Astrakhan and the explosion of an IED disguised as a flashlight in Rostov. Russians are rapidly losing the sense of security necessary to ensure stability.

The ability of the U.S. to participate in the peaceful settlement of the Donbas conflict remains quite an intrigue for Ukraine. Although Minsk hosted a meeting behind closed doors of the aides to the Normandy Four leaders, the leaders themselves mostly communicate over the phone, in a trilateral mode. For example, Petro Poroshenko, told Angela Merkel and Francois Hollande about a new escalation of the conflict in the Donbas, while Vladimir Putin called for the lifting of the transport blockade of the occupied Donbas. Both the tone and the content of the latest conversations do not allow us to suggest a breakthrough in the settlement anytime soon.

If you see a spelling error on our site, select it and press Ctrl+Enter
Tags: RussiaUkraineSyriaNormandyFourvisalibMinsk