Putin's summer residence has become a venue for the latest talks between the Russian president and the leaders of Germany and Turkey. The decision by the Council of Europe’s Ministerial Committee on Crimea forced the Russian Foreign Ministry to lose face. The Kremlin once again deployed their "night wolves" to Europe. French election campaign ended on a dramatic note.

Any communication with Vladimir Putin has long turned for Western leaders into a kind of a ritual. Analyzing the statements voiced in Moscow by U.S. State Secretary Rex Tillerson and EU High Commissioner for Foreign Affairs Federica Mogherini and comparing them with the German Chancellor Angela Merkel’s position expressed in Sochi, it becomes clear that Western VIPs have ceased to take into account in their dialogue with Russia the “away pitch factor,” resorting to attacks that leave the Kremlin struggling to save a good face with a bad game. Early May’s visit by the Bundeskanzlerin to Sochi was marked by her decisiveness in the face of possible cyberattacks on the German electoral system. The timing of Putin’s talks with Merkel seems to have been deliberately chosen to match with the anniversary of the tragic events in Odesa, which Putin recalled with overly theatrical resentment. However, this did not stop Frau Merkel from expressing concern about the situation with rights of LGBT community in Chechnya and the Russian ban on the Jehovah's Witnesses organization.

The commitment of both Berlin and Moscow to the implementation of Minsk agreements is unlikely to mislead anyone monitoring the situation in Donbas. Before the parliamentary elections to the Bundestag this autumn, Germany does not intend to abandon the Normandy format, although Angela Merkel admits its ineffectiveness. She underscored the need for Ukraine to re-establish control over currently uncontrolled parts of its eastern border with Russia, which was anything but good news for the Kremlin. Putin once again pulled out from his back shelf a ready-to-go template statement on the need to have the parties to the conflict (as he perceives them) sit down at the negotiating table without any mediators – all in order to claim the Kremlin has nothing to do with supporting of and distancing itself from the terrorists in Donbas.

Vladimir Putin at his meeting with Angela Merkel (just like with his Turkish counterpart Rejep Tayyip Erdogan) failed to achieve substantial progress on any significant issue on the agenda, although they all spoke in public of growing mutual interest.

The Russian Foreign Ministry was forced to lose face when it formally refused to implement the decision of the Committee of Ministers of the Council of Europe on the restoration of the Mejlis in the occupied Crimea. Such an impolite refusal was chosen after the Russian diplomats failed to torpedo the said decision in Strasbourg. And although the system of international relations does not provide for a mechanism for compelling Russia to implement the decisions of international organizations, every such defiance by the Kremlin destroys the remnants of its international reputation.

On the eve of Victory Day, the Kremlin used an already tested instrument of influence on Central Europe: representatives of the notorious and ridiculously pro-Kremlin "Night Wolves" biker organization, whom the EU border guards finally allowed entry. On their path across Europe, the Kremlin’s puppet bikers don’t just visit the sites where the fallen Soviet soldiers lay, they also spread Moscow’s toxic messages about "Ukrainian Nazism," reminding Europeans that Kremlin has mastered quite well the tools of the so-called "soft power." It is worth noting that in a number of European countries, where they have already realized that once confronted by wolves, you should also take a wolf-like firm stand, the Russian guests will be facing a “warm welcome.” 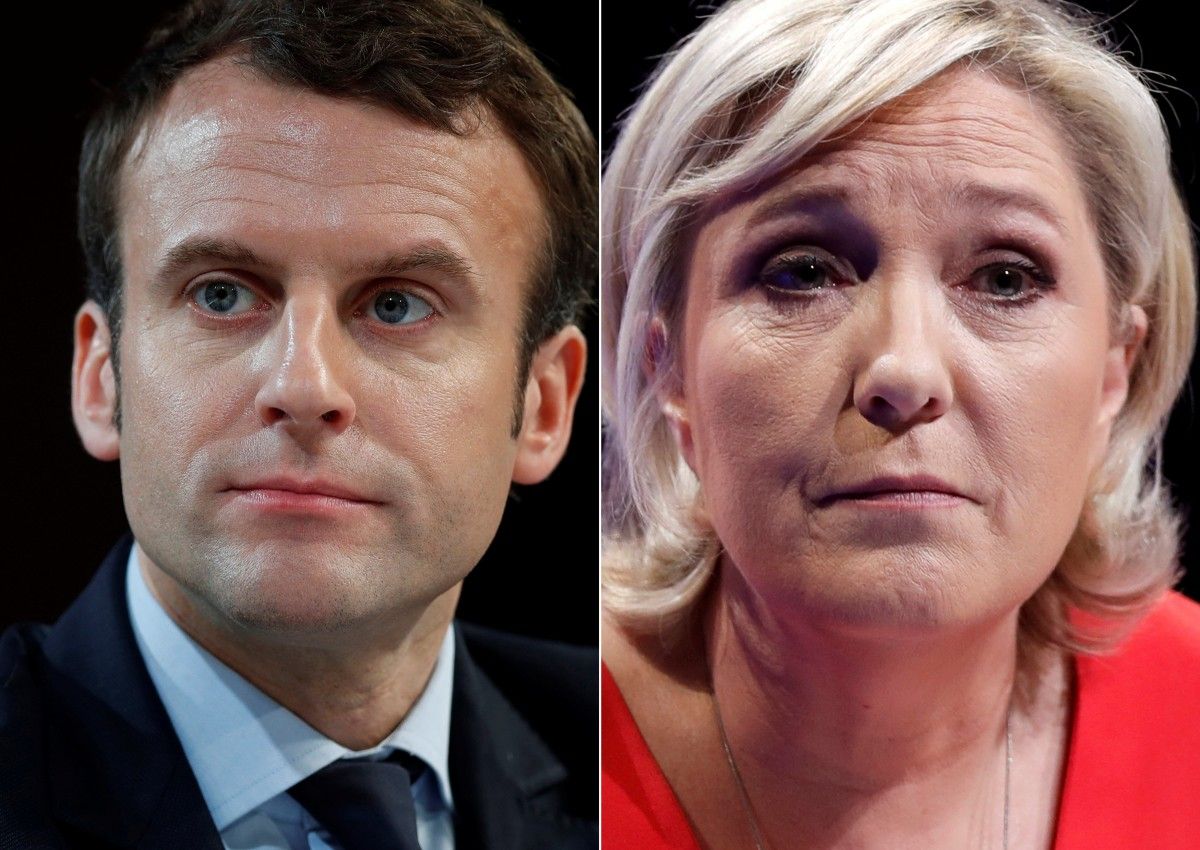 The final stretch of the French presidential race is highly anticipated across Europe and beyond. At the latest televised debate, Emmanuelle Macron managed to beat “Putin’s friend” Marin Le Pen, having managed to put an experienced populist back in her place in front of tens of millions of viewers.

The retaliatory strike turned out to be an asymmetric one: a massive hacking attempt led to the leak of Macron team’s email correspondence. It remains to be seen whether this information geyser will affect the electoral temperature of the French public in general.

If you see a spelling error on our site, select it and press Ctrl+Enter
Tags: PutinErdoganMerkelLePenMacronVictoryDaynightwolves