Week’s milestones. May threats, Yanukovych case, and pause for Donbas

Early days of May traditionally keep anxious the Ukrainian authorities and public as a whole. The Obolon district court in Kyiv launched hearings in a treason case of fugitive ex-president Viktor Yanukovych. The elections in Ukraine’s united territorial communities became quite a vanity fair for many politicians. The situation in the Donbas has been put on pause. 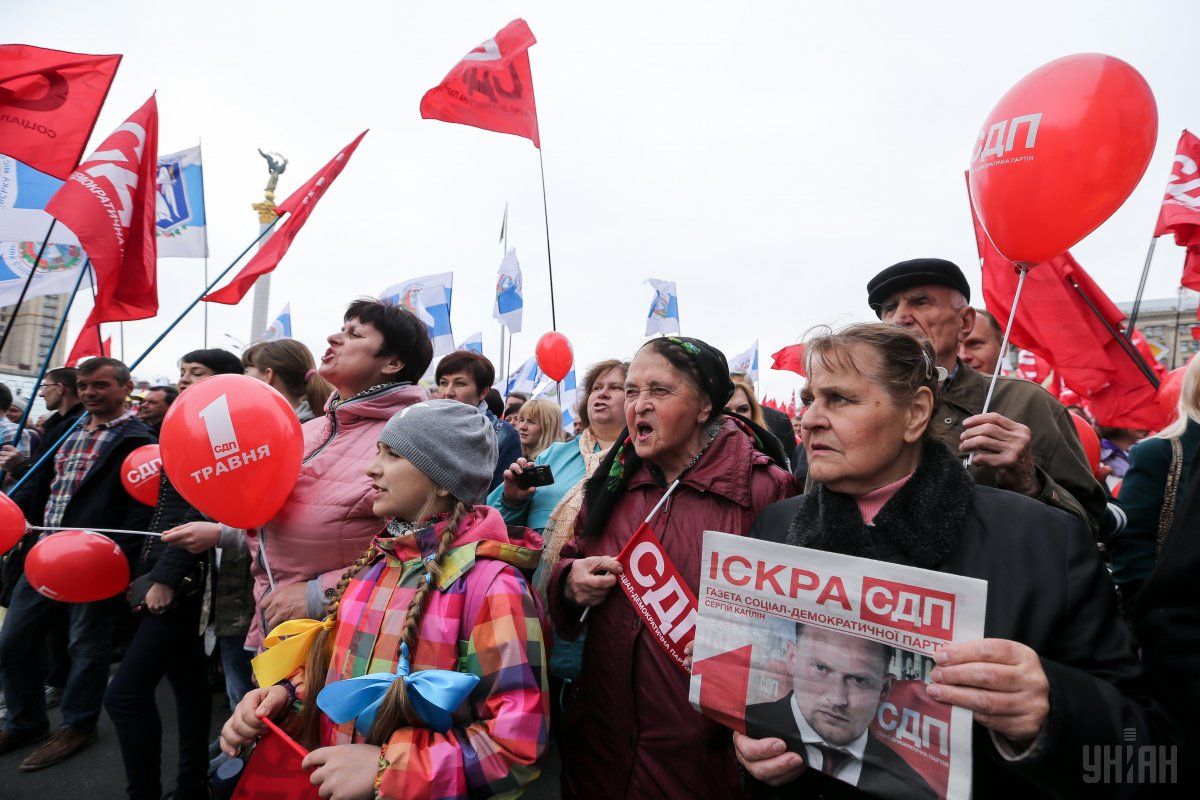 May Day celebration in Ukraine is no longer a holiday of proletarian solidarity, of which the Ukrainian Communists has long taken the advantage. And it's not just about the death of Borys Oliynyk, the most prominent representative of the national-communist movement within the Communist Party. And it’s not even about the fact that the leader of the banned party Petro Symonenko was out of Kyiv on May 1 visiting Zhytomyr. The Khreschatyk rally of supporters of Serhiy Kaplin, "representative of the Federation of Trade Unions in Parliament" and a member of the pro-presidential BPP faction, is a convincing evidence that the left flank of the Ukrainian political gapes badly nowadays, and it seems to be almost impossible to fill this gap in the near future. This is evidenced by the lack of solid trade unions and the fragmentation of the prophets of the left ideology.

Situational escalation under the red banners in honor of Victory Day could come from some pro-Russian forces using the Kremlin-approved tactics of “victory hysteria.” However, on May 2, they failed to exploit the anniversary of the Odesa tragedy in their own interests. No less a threat than the Kremlin’s explicit agents of influence constitute some overly “patriotic” characters, who tend to exploit a rather complex political situation for their own gains. Meanwhile, Arsen Avakov's pledge to fight all kinds of anti-Ukrainian manifestations on May 9 are likely to be backed by the actual boost of law enforcement effforts during the festivities across Ukraine. It is obvious that the authorities will make major efforts to preserve fragile internal political stability.

The trial of Viktor Yanukovych, which started only to be interrupted to ensure the defendant’s participation via a video stream, may not only become a precedent for conviction of the former head of state, but also an impulse to strengthen positions of President Poroshenko, who is aimed at running for his second term. It’s up for the prosecutors to coordinate their efforts in a way to help level the public outcry caused by Interpol's move to withdraw Yanukovych from its wanted list along with his son and some other high-ranking members of his entourage. Meanwhile, the ousted Ukrainian president will most probably be used once again by his Russian supervisors to “score their librettos.”

The outcome of the elections in the united territorial communities held on April 30 showed that the main political players failed to abandon their usual methods of winning votes and controlling the process of the voting count. Several political forces have simultaneously claimed victory at the local level. This demonstrates the growing interest in local elections and the strengthening of their influence on the political atmosphere.

It is difficult to disagree with Ukraine’s humanitarian envoy Iryna Gerashchenko who asserted that the Normandy process has been put on pause. This is evidenced both by the situation in the ATO zone and the statements by the European leaders playing the role of mediators in the Donbas conflict settlement. The victory of Emmanuel Macron in French presidential elections is indeed good news for the EU, but it is unlikely that this news piece alone is able to change the situation in eastern Ukraine.