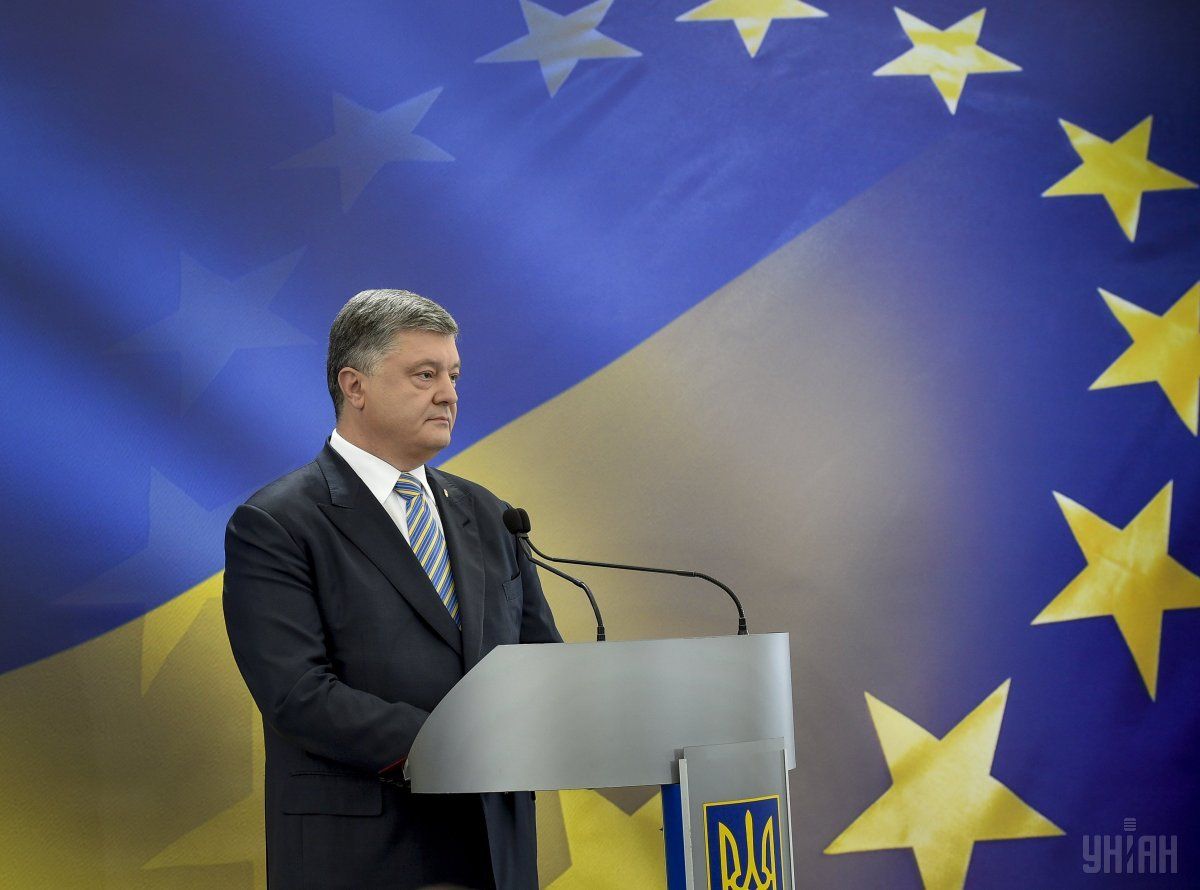 The press conference by the head of state, long demanded by some wordsmiths, was marked with a forthcoming visa liberalization for Ukraine by the European Union. The positive significance of this piece of news for the country and Ukrainian society was the point from which the president chose to start his two-hour presser. By and large, the event couldn’t be called a hard talk as the president didn’t actually hear any killer questions able to drive him to a dead end. Petro Poroshenko stressed his dissatisfaction with the pace of the investigation into the murder of Pavel Sheremet, at the same time stressing he was satisfied with the work of the prosecutor general who marked his first year in office. By the way, Yuriy Lutsenko intends to report to the parliament on his activities throughout the year. Poroshenko also said he was convinced of the non-alternative nature of the Minsk accords, noting that he discussed with Putin the issue of the release of the hostages, which saw no progress lately.

The president chose to evade a direct answer about his nomination for a second term, but at the same time announced he would present Ukraine’s development plan in the form of his address to the Verkhovna Rada this fall.  He admitted that he was considering several candidates for the post of the head of the board of the National Bank of Ukraine (May 10, Valeria Gontareva went on leave and she doesn’t intend to return to the NBU). Another resonant issue was related to the Odesa Portside Chemical Plant, while President Poroshenko spoke against the possibility of bringing it to bankruptcy. It is interesting to note that the journalists attending the presser seemed to be practically not interested prospects for the rotation of the Central Election Commission members or the fight against corruption.

The big presser didn’t see questions related to the incidents on Victory Day in the cities of Dnipro and Kyiv, although these events resonated significantly with the Ukrainian public. The Kremlin once again pushed those pressure points of the Ukrainian society, focusing its impact on the landmark cities resisting Russian aggression. Poroshenko’s addresses on May 8-9 were absolutely clear and transparent as he stressed Ukraine’s significant contribution to the victory over Nazism. All the more strange is the shameful behavior of law enforcers on May 9 in the City of Dnipro. Even the effective investigation into the motives of local “titushky” might not be enough to compensate for the bad aftertaste. It is obvious that the authorities should pay more attention to those sharp controversies in Ukraine’s history.

Yulia Tymoshenko returned from her vacation with a new portion of criticism toward the government, as any opposition leader would do. Like an experienced lawyer, she accused Kyiv of the excessive ‘politization’ of Yanukovych treason case and stressed that visa liberalization for Ukraine is the success achieved by the people of Ukraine rather than the Ukrainian authorities. Such bluntly populist statements by Batkivshchyna leader suggest that she remains highly ready for a possible early election campaign.

The situation in the Donbas suggests a variety of scenarios for its development, except, perhaps, Russia’s peaceful withdrawal from eastern Ukraine. A cynical harbinger of Eurovision 2017 Grand Final, the shelling of residential areas of Avdiyivka by Russian-occupation forces killed four civilians. It seems that the terrorists deliberately fire upon the areas where many of their sympathizers reside.

Volodymyr Groysman welcomed the MPs after their long vacation with a new initiative: the premier made it clear that he intended to consistently fight for the implementation of the pension reform. If the Verkhovna Rada refuses to support the government's proposals on the issue, the prime minister says he is ready to step down. Entering the second year in office, Mr Groysman apparently set to play a “long one” and tackle some of the issues his predecessors didn’t dare addressing. However, his vow to resign doesn’t mean that Ukraine’s legislators will choose to plunge into the abyss of a political crisis if opportunity knocks.

If you see a spelling error on our site, select it and press Ctrl+Enter
Tags: #Donbas#Poroshenko#Gontareva#NBU#Groysman#visalib#Tymoshenko#pressconference