The decision to block Russian social networks came as a surprise not only for many citizens of Ukraine, but also for the Kremlin. The European Union officially announced visa liberalization for Ukraine. PM Volodymyr Groysman “repaired bridges” with Israel. Ex-PM Arseniy Yatsenyuk flew overseas. Angela Merkel gave important tips to Emmanuel Macron.

Perhaps for the first time in years of its confrontation with Russia, the Ukrainian government played a proactive, not a reactive, game. It is difficult to claim that the move to restrict access to Russian social networks lacks logic because in modern warfare, the struggle is not so much for the territory but for people’s minds, while millions of Ukrainians remain active users of Russia’s VKontatke and Odnoklassniki social networks. The indignation wave across the country speaks of the notable infantilism of Ukrainian society, while the recommendations on bypassing the blockade broadcast by Russia 24 TV channel is a vocal evidence of the interest the Russian leadership has in continuing to use social networks as an instrument of influence. This was exactly what the SBU Security Service have long been talking about.

The international reaction to the decision of the Ukrainian authorities is indicative. While Human Rights Watch and the Council of Europe have criticized the move and even demanded it canceled, NATO and the EU seemed to have understood Kyiv’s will to curb Russian cyber-activity. This gives grounds to talk about a certain evolution in the perception of Russia's actions by Ukraine’s Western partners. 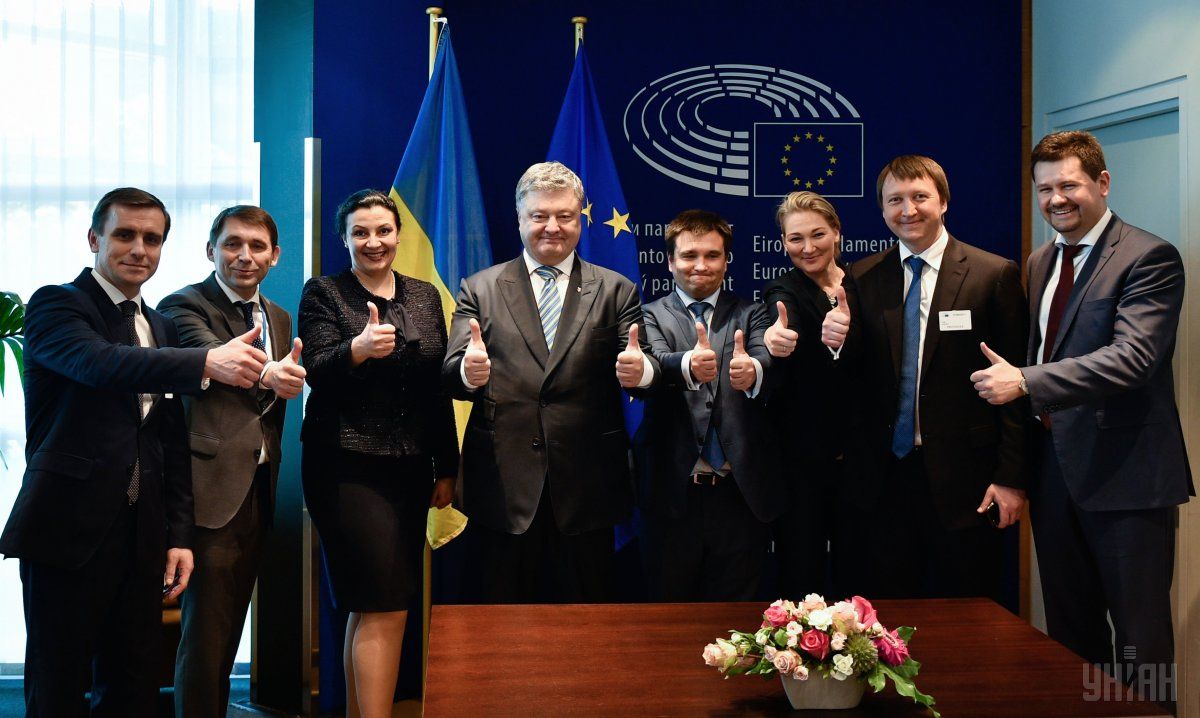 Against the backdrop of a massive wailing of Ukrainians about their lost photo archives and free [read ‘pirated’] access to songs on Russian online services, even the official decision of the European Union on visa liberalization for Ukraine seemed to become less visible. And this is rather unfair, to say the least. From June 11, Ukrainian holders of biometric passports will enjoy revolutionary changes in their travel across the EU. The EU decision on granting a visa-free travel for Ukrainians showed that the Union is interested in developing relations with Ukraine, but Kyiv should also be aware of the existing mechanism for the suspension of a visa waiver.

While the president held talks with European politicians, Prime Minister Volodymyr Groysman made a long-delayed visit to Israel. After the Ukrainian vote in the UN General Assembly for the resolution condemning the construction of settlements in the Arab territories, Tel Aviv has significantly curtailed its ties with a number of countries, including Ukraine. However, contrary to the apocalyptic forecasts of some experts, the pause did not last long, as the Ukraine-Israel mutual interests are significant and noticeable. During meetings with the leadership of Israel, Groysman spoke about the need to recognize the Holodomor as genocide and stressed the need to expand the spheres of cooperation between the two countries.

Ex-PM Arseniy Yatsenyuk was also focused on the development of Ukraine’s international relations. The leader of the Popular Front flew overseas, where he met with Barack Obama and Joe Biden and other representatives of the establishment of the United States and Canada, stressing that Ukraine intends to join NATO and requires lethal aid. Probably, public diplomacy performed by the well-known politician is a right step in the conditions of his party’s current rating, balancing somewhere around the statistical error.

Emmanuel Macron chose Angela Merkel as his interlocutor for his first high-level meeting. This is not surprising: the Berlin – Paris axis has long been a symbol of European stability, and many expect from Macron the continuation in his foreign policy of the path taken by his predecessor Francois Hollande. On May 20, Merkel will receive Petro Poroshenko in Berlin, and the results of the meeting will be highlighted in the next Ukrainian Interest.

If you see a spelling error on our site, select it and press Ctrl+Enter
Tags: banGroysmanYatsenyukvisalibIsraelMacronsocialnetworks