UNIAN has summed up the most prominent messages from the Prosecutor General Yuriy Lutsenko’s annual address to the Ukrainian Parliament delivered on Wednesday, May 24.

Lutsenko’s report was scheduled for Wednesday, a plenary day with traditionally low attendance. However, this time the occasion brought to the session hall much more MPs, willing to ask their questions. The large-scale anti-corruption raid seems to have been meant to become an amazing background for the report. In 15 Ukrainian regions, the law enforcers conducted more than 450 searches and detained a number of fiscal officials. Still, Lutsenko chose another big topic for starters.

His main achievement in the office Lutsenko named the launch of trials of former President Viktor Yanukovych. "I consider my greatest achievement as prosecutor general to be the completion of the investigation and the beginning of the trial of former President Viktor Yanukovych on high treason charges. Yanukovych was the greatest evil for the Ukrainian people," he said, adding that he would make sure "that evil be punished." 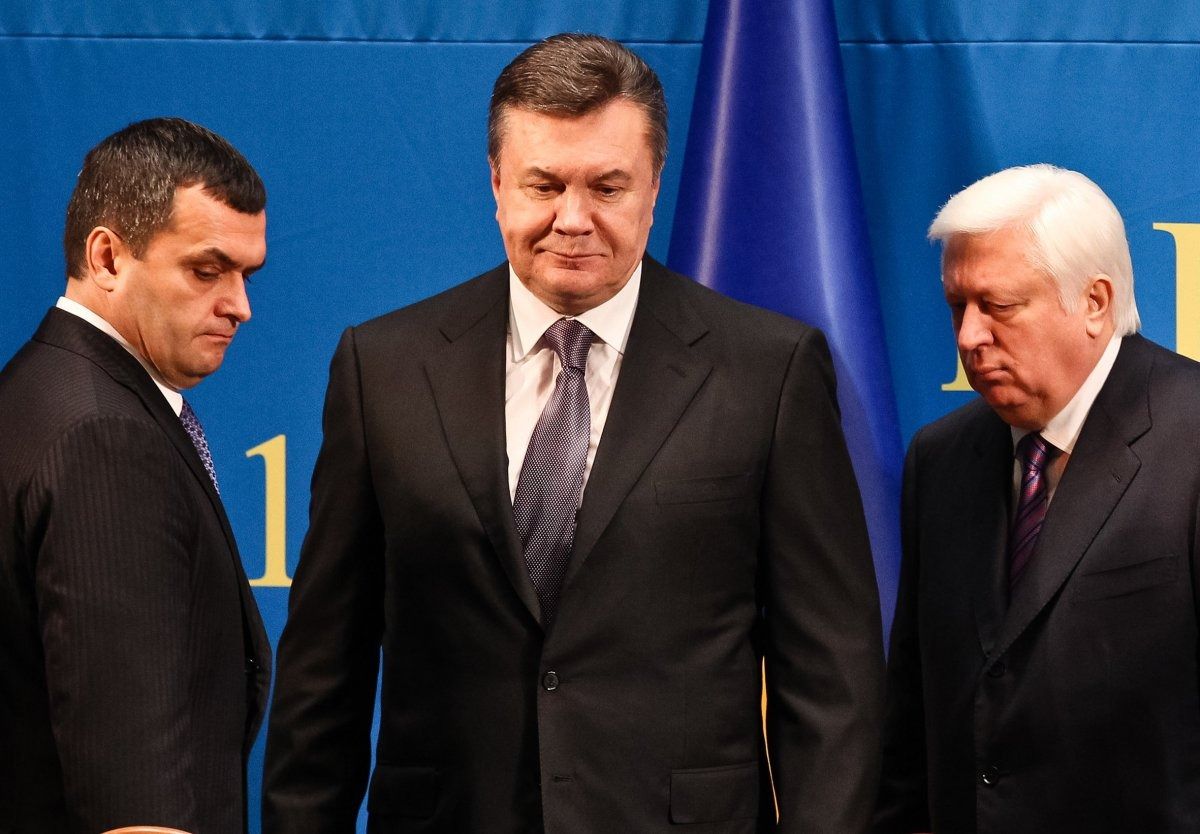 According to the Prosecutor General, despite the politicized Interpol decision, as he calls it, to withdraw Yanukovych and some of his allies from the international wanted list, the Prosecutor General's Office (PGO) will further investigate and prosecute former high-ranking criminals. In this context, Lutsenko recalled that dozens of criminal proceedings have been opened against Yanukovych and his entourage, some of them have been completed, with files forwarded to the court.

"Since the beginning of the investigation of the Maidan cases, law enforcement agencies forwarded to the court some 147 indictments against 228 individuals," he said.

According to Lutsenko, during his tenure as prosecutor general, a total of 321 indictments was submitted to the court against 70 individuals. As an example, Lutsenko called out the case of former first deputy chairman of the Odesa regional administration who was involved in organizing the events of February 19, 2014 and the beating of peaceful protesters.

Lutsenko said that another 20 people, including those from the Odesa city and regional police "are being tried." A total of 42 people have already been convicted in the Maidan cases, the chief prosecutor said.

As for the prosecution of ex-president Yanukovych and ex-interior minister Oleksandr Zakharchenko for the atrocities on the Maidan in 2014, Lutsenko said this case would be forwarded to the court immediately after high treason case of the runaway ex-president is considered.

According to him, this is due to the legislation obliging to merge several criminal cases heard against one person. "In order not to delay the process and get a fair verdict on Yanukovych’s treason, we will wait for this verdict to be handed down and the next week we will forward the case on another crime –  the one against the Maidan," explained the prosecutor general.

At the same time, responding to the deputies’ questions, Lutsenko said that there are no grounds for issuing suspicion notices against Constitutional Court judges in the case of the usurpation of power by the ousted president. He added that "several judges of the Constitutional Court withdrew testimonies they had provided at the initial stages."

At the same time, he said the investigation in this context looks into the actions by the ex-minister of justice, who approved by putting a seal and adding to the legal register the version of the Constitution, which gave ultimate powers to Yanukovych.

Yuriy Lutsenko devoted a good part of the address and Q&A to financial issues. According to him, as part of the investigation of the creation and functioning of tax platforms for money laundering by the Yanukovych entourage, 22 fiscal officials have been detained in a massive raid across Ukraine. Among the detainees were the heads of fiscal bodies of Kharkiv region, Crimea, Dnipropetrovsk region, Kropivnitskiy, Odesa region, Kyiv, and Luhansk region... 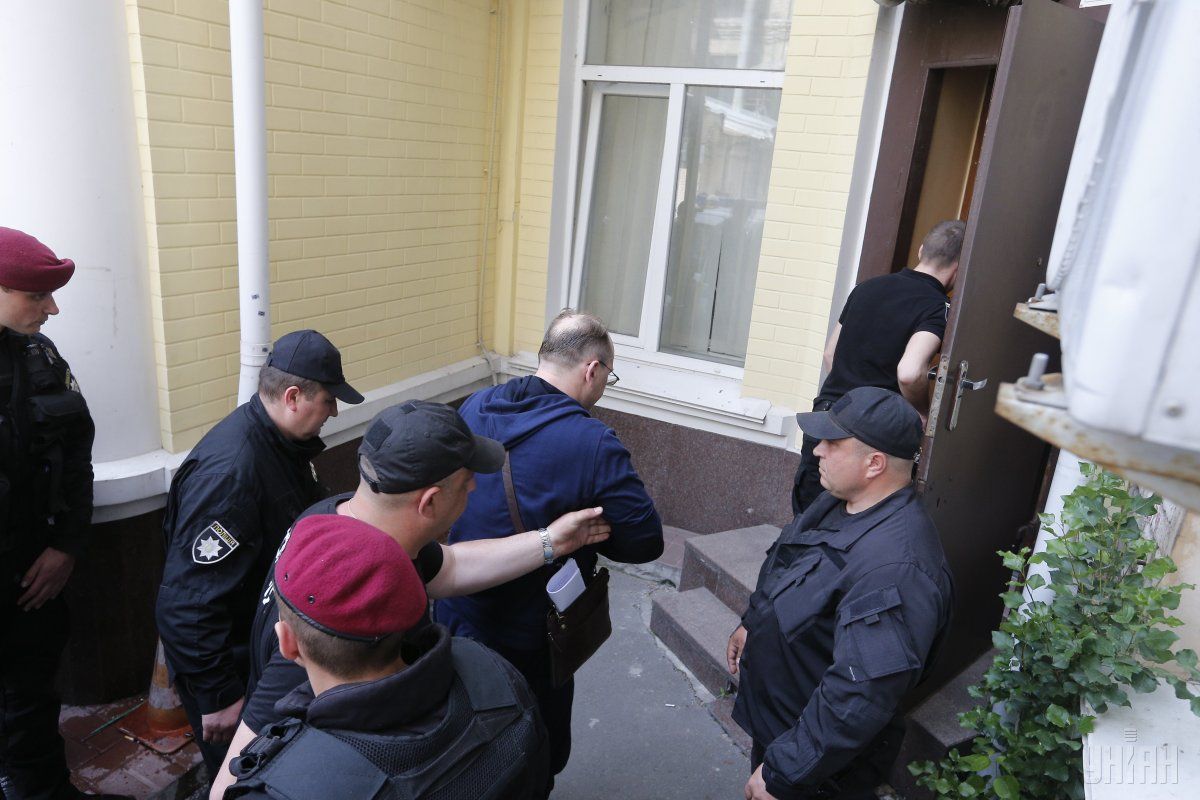 Also Lutsenko noted that the fiscal chiefs of another two regions had apparently been tipped off of the upcoming raid and fled. "The border guards are aware so it's better to surrender," he added.

As reported, according to chief military prosecutor Anatoliy Matios, Wednesday’s large-scale raid was conducted within the investigation of corruption-related crimes of the Yanukovych team. In particular, chiefs and deputies of the regional directorates of the then-ministry of revenue and fees, or tax administrations, are believed to have directly set up and operated tax platforms, which facilitated the illegal enrichment by criminal organization of Yanukovych and [former fiscal chief Oleksandr] Klymenko by some UAH 97 billion at the expense of Ukrainian taxpayers.

Lutsenko separately noted that the PGO along with their colleagues from other law enforcement bodies over the year recovered UAH 52 billion... with the PGO's annual budget at UAH 5 billion.

He also recalled that the prosecutors ensured the use of a mechanism for the special confiscation of funds, which "was never able to pass parliament as a result of subversive actions by certain deputies." "We managed to do it ourselves, and UAH 1.3 billion was returned to the treasury," the prosecutor general added, vowing that that "the money and strategic companies both in Ukraine and abroad will continue to be returned to Ukrainian ownership" in the future.

Yuriy Lutsenko also recalled the need to create the Financial Investigation Service. "I really have to admit that law enforcers are still engaged in wrongfully launching criminal cases in favor of particular businesses," he said, adding that he had often witnessed this personally, closed such cases, and dismissed such law enforcers.

"From my point of view, in order to stop this, we need a political solution. We must finally set up the Financial Investigation Service, where economic investigation functions should be transferred from the police and the SBU security service,” Lutsenko said. Businesses should ultimately be investigated by a single law enforcement body, he believes.

Lutsenko expressed confidence that it’s the people's deputies who should make this happen.

Also, Lutsenko urged parliamentarians to determine three or four national programs where the recovered funds should be allocated.

"I beg you, [the money] must be allocated for average Ukrainians: for healthcare, commuter transport, and soldiers…" Lutsenko told the MPs, warning them from letting the money be wasted non-transparently across Ukraine “as it happened with examples of millions of returns during nationalization."

This year, 46 prosecutors have already been dismissed over their dishonesty and unreliable data filed in electronic declarations of assets. Lutsenko assures, it was not small-scale prosecutors who came under fire and promised to continue the efforts to cleanse the prosecutors’ offices.

The PGO also verifies e-declarations filed by people’s deputies. Lutsenko said the PGO on the SAP motion could draft an appeal to the Rada to strip of immunity another two deputies, to bring them to justice.

“35 MPs present in this hall may have a good night sleep. We have checked them already," added Lutsenko, adding that the PGO verifies e-declarations of officials whose income exceeds $100,000.

However, Lutsenko let the deputies know that all audited officials may simply agree to pay their taxes due (which they should have done anyway), to also have a "good night sleep…" 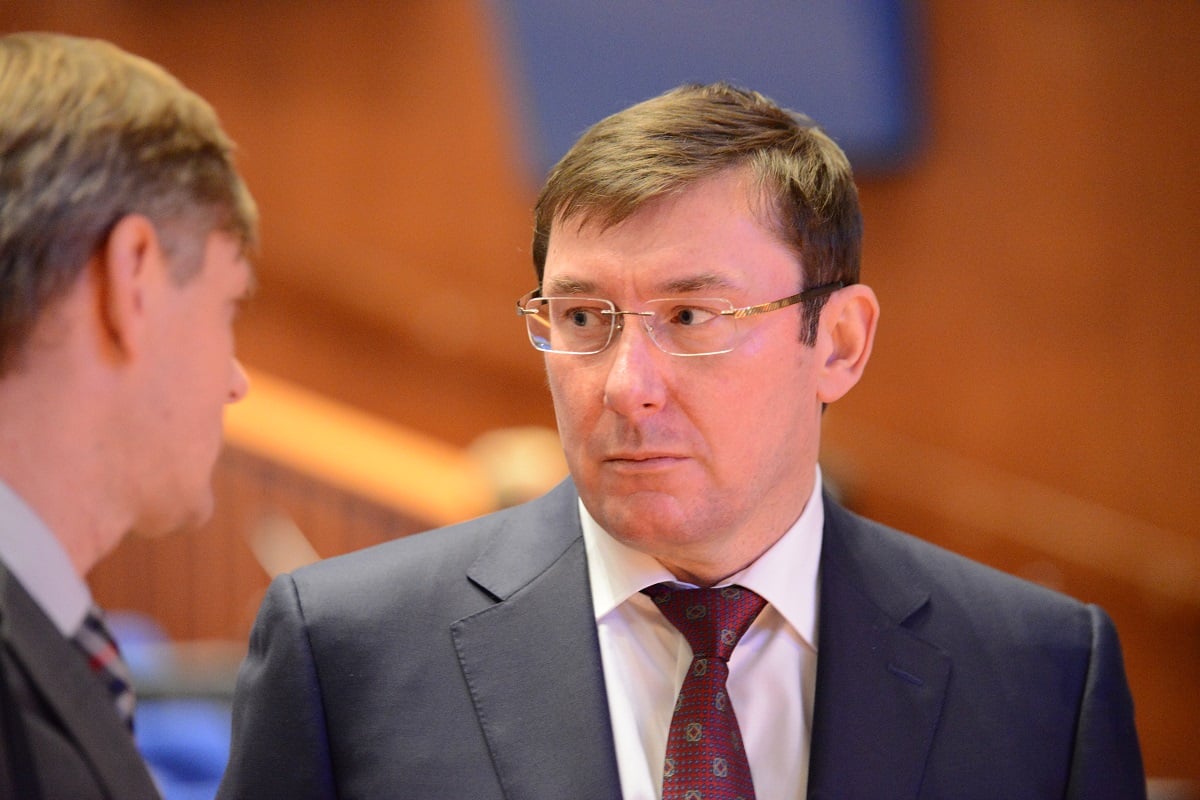 One of the deputies whom the PGO planned to prosecute over tax evasion, Hennadiy Bobov, said he "accepted the demand of government officials to pay UAH 28 million to the state budget of Ukraine as tax accruals" but this does not mean that he agreed with the charges. The deputy stressed he reserved the right to appeal to the court "to get a final and fair decision."

Lutsenko’s attitude toward the dragging court hearings of PGO-launched cases is also worth noting. "The truth is that the number of cases brought to court exceeds the number of sentences. This means that the judiciary is an actual thrombus in the law enforcement system. And one of the reasons is the small number of judges in the courts... We simply lack [judges] to hear cases and to pass judgments!" he said.

At the same time, Lutsenko suggests the Supreme Anti-Corruption Court could be created based on the existing Criminal Court. Answering the question of one of the people's deputies, Lutsenko noted that it is "not for the prosecutor general to determine which law is better," but the creation of any institution "from scratch" means losing at least a year for organizational issues [in a memorandum between Ukraine and the International Monetary Fund following the results of the third revision of the EFF, it is stated that the Anti-Corruption Court should start its operations before the end of March 2018].

Therefore, Lutsenko suggested it would be more appropriate to create the new court "within the existing Criminal Court," while the selection of new judges can be done in the way proposed by the MPs.

"I raise both of my hands to support the idea that this should definitely be newly-appointed judges who passed tests and verification by powerful influential public organizations," said the prosecutor general.

He urged the MPs to address the issue as soon as possible saying that while the debate continues, "thousands of cases lay there without consideration, and therefore there is a great public distrust in the authorities." "We are all authorities... together we must create a justice zone," Lutsenko added.

Concluding his address to the Verkhovna Rada, the prosecutor general asked the deputies to criticize, change and demand action from the PGO, but at the same time respect the PGO as an institution for its concrete achievements.

"You appointed me to this post, and I’ve been working with you side by side for the sake of common Ukrainian interests. And I very much hope that today’s result will not be the tug of war - whether Lutsenko did more or less and whether he should get an A or a D - but further joint efforts to overcome corruption and crime in our country. Together we can do this, together we will do it. Glory to Ukraine," he summed up.

As practice shows, not a single prosecutor general has managed to complete his whole term in office. On average, each cadence lasted no more than two years. Will Lutsenko change this practice? We'll check in 365 days.

If you see a spelling error on our site, select it and press Ctrl+Enter
Tags: UkraineYanukovychRadaanticorruptionLutsenkoPGOassetrecoveryaddress