Ukrainian interest. Success in Stockholm, finish in the Netherlands, and anti-corruption Hahn

The interim award issued by the Stockholm arbitration tribunal brought some really good news to the Ukrainian authorities. The Dutch Senate has ratified the Ukraine-EU Association Agreement, thus offering a “piece of cake” for the bilateral summit to be held this summer. European Commissioner Johannes Khan is determined to fight Ukrainian corruption. Emmanuel Macron successfully passed the Putin test. Russian and American presidents continue to exchange resonant statements. 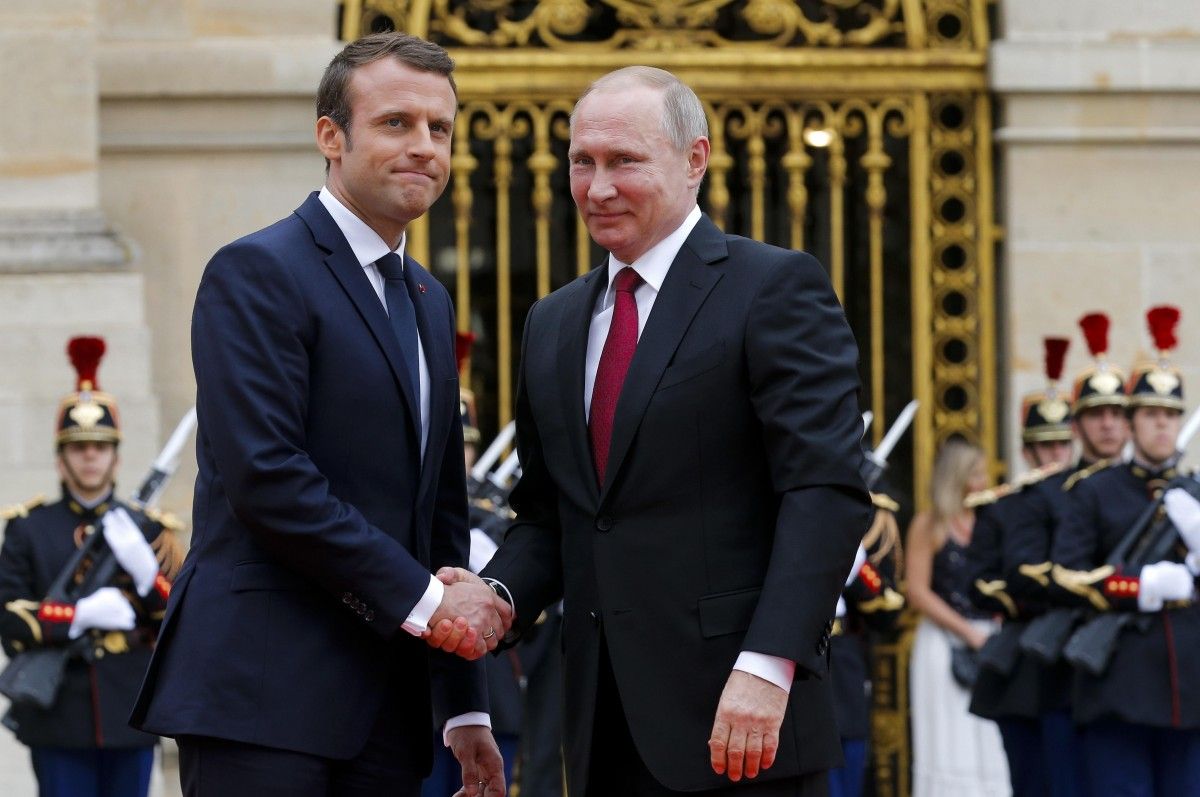 Months-long trial between Naftogaz and Gazprom in Stockholm Arbitration, traditional for such disputes, formally continues, but the parties have already received an intermediate decision, which has become a pleasant surprise for Ukraine. The Russian energy monopoly was refused their "take-or-pay" demand, which was laid down in the ill-fated gas contract of January 20, 2009. Coercion to implement it was fraught with financial losses for Ukraine totaling over $40 billion. The ban on the re-export of Russian gas has been lifted, which can play a role in building up the reverse supplies of the blue fuel from Europe. To put it briefly, Gazprom in its relations with Ukraine is deprived of the opportunity to use the political factor and now it’s full of vengeance to try to push the country out of the chains of hydrocarbon supplies to European consumers.

Another pleasing decision is the ratification by the Senate of the Netherlands of the Ukraine-EU Association Agreement. The upper chamber of the Dutch parliament has actually completed the all-European process of approving this strategically important document, giving the President of the European Commission, Jean-Claude Juncker, the opportunity to affirm that that the document will formally come into force before the Ukraine-EU summit in July. For the official Kyiv, the ratification means not only the success of the seemingly failed venture following the last year's referendum in the Netherlands, but also the need to set new goals in its relations with the EU.

Judging by the statements made by European Commissioner Johannes Khan during his Kyiv visit, the EU intends to take up the fight against Ukrainian corruption in earnest, launching its own large-scale program and aiding Ukraine’s anti-corruption activists. The Ukraine-EU deal ratification and the provision of a visa-free travel also allows the Ukrainian government to compete for preferences within the DCFTA with the EU in case it shows anti-corruption success. It should be noted that Hahn, together with the head of the EU delegation in Ukraine, Hugues Mingarelli, visited Donbas on June 2, to witness the aftermath of the shelling of Shyrokine by Russian-backed militants. Recently, the Ukrainian Foreign Ministry has been using every opportunity to have as many foreign diplomats as possible visit the ATO zone.

Emmanuel Macron succeeded in his test of communication with Vladimir Putin, who decided to join a cohort of world leaders who had an opportunity to talk with the new French president. Macron announced the need for a meeting in the Normandy format as soon as possible and did not exclude the strengthening of sanctions against Russia in the event of an escalation of the conflict in Donbas, relaying the G7 decision following its meeting held in Sicily. With his visit to Paris Macron demonstrated to his constituents that he was still welcome abroad. By the way, Macron hardly decided to become a desperate advocate of Ukraine - it is much more important for him to ensure the transmission of an attractive image to his party, the members of which are yet to compete in the upcoming elections.

Meanwhile, American and Russian presidents continue to make resonant statements resembling artillery fire ahead of the decisive offensive. Donald Trump announced the U.S. withdrawal from the Paris climate agreement, fulfilling his election promise and creating conditions for economic growth in the United States. Putin in his native Petersburg was speaking of russophobia blooming in certain countries and once again laid the responsibility for the implementation of the Minsk agreements on the Ukrainian leadership.

If you see a spelling error on our site, select it and press Ctrl+Enter
Tags: #Donbas#Ukraine#Putin#Gazprom#Naftogaz#Macron#Hahn#AssociationAgreement