On June 5, Montenegro officially joined NATO. On June 6, the Ukrainian parliament agreed to consider the need for legislative consolidation of Ukraine's path toward the Alliance during the current session. But this, in itself, is unlikely to help Ukraine become the Bloc’s 30th member.

Once, in the midst of the Cold War, the creation of the defensive North Atlantic Treaty Alliance of the EU states and the U.S. was an actual necessity for Europe, a safeguard against the encroachment of the Soviet Union, given the "creeping annexation" Moscow carried out in Czechoslovakia and Hungary. "This could continue in West Germany, there were strong concerns about Austria as in the 1950s the Soviet Union began to expand its aggression in Asia, and it became clear that the countries that are the center of the Western bloc are under direct threat," said Taras Chornovil, a Ukrainian expert on foreign policy.

After the collapse of the Soviet Union and the termination of the Warsaw Pact (the Warsaw Pact on Friendship, Cooperation and Mutual Assistance between Albania, Bulgaria, Hungary, East Germany, Poland, Romania, Soviet Union, and Czechoslovakia was signed on May 14, 1955 as a direct opposition to NATO) the accession process of the Eastern Bloc countries.

Poland, the Czech Republic and Slovakia, Hungary, Romania, and Bulgaria quickly passed this path. "Then came the entry into NATO of the three Baltic states, which caused a terrible outrage in Russia. After all, this meant that the former Soviet republics, which Russia considered theirs, suddenly became strangers," Chornovil recalls.

As a result, Russia has started rather harsh preventive action to prevent the accession to NATO of a number of other countries. First of all, this, of course, concerned Ukraine, Moldova, and Georgia. Countries which were once part of the former Yugoslavia have also felt Moscow’s pressure. However, the entry of Slovenia, and a little later, Croatia, breached Russia’s plans. The accession to NATO of Montenegro, which the Kremlin considered its vassal, is another slap in the face of the Russian Federation.

As for Ukraine, Chornovil recalls that during Yanukovych's reign, under strict Russian control, Ukraine's legislation was cleansed of any norms stating the priority for Ukraine to become a full-fledged member of NATO. The only thing left were the provisions that Ukraine plans to use the standards of the North Atlantic Treaty Organization, providing for the possibility of peaceful cooperation and partnership with NATO member states (formally, the same wording is available in the relevant legislative acts adopted in Russia).

Ukraine's strategic course towards rapprochement with NATO was restored only after the Revolution of Dignity. The annexation of Crimea by Russia and the beginning of the armed conflict in Donbas have forced Ukrainian politicians to intensify cooperation with the Alliance. At the end of 2014, the Verkhovna Rada adopted a law that provides for Ukraine's rejection of its "non-alignment" status. According to the new Military Doctrine of Ukraine adopted in 2015, deepening cooperation with NATO and achieving full compatibility of the Ukrainian Armed Forces with the armies of NATO member states by 2020 has become a priority... 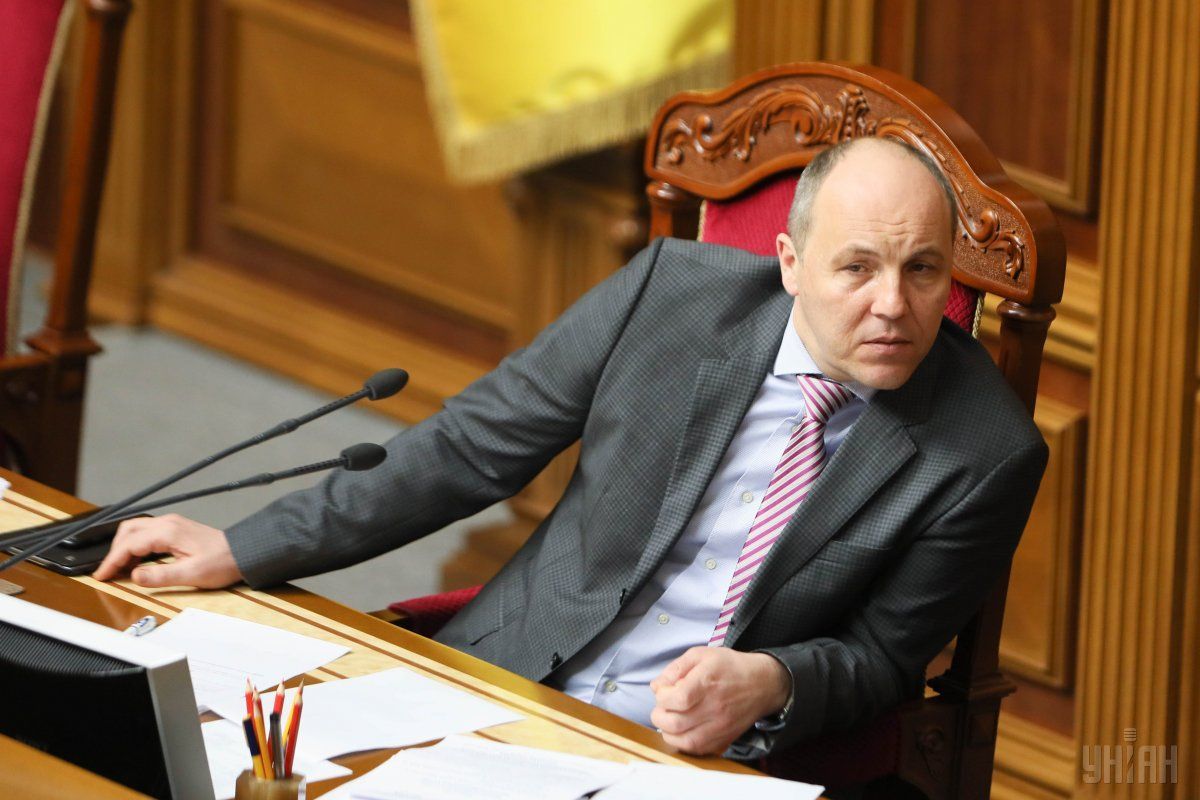 In 2017, Ukrainian political elite started discussing the issue of determining Ukraine's course toward NATO as a priority in the national foreign policy. According to one of the authors of the relevant bill registered in Parliament, Verkhovna Rada Speaker Andriy Parubiy, after visiting the NATO Parliamentary Assembly in Tbilisi and following the results of communication with the allies and partners of Ukraine from the Alliance, the issue came up of securing the priority for Ukraine to become a NATO member state in the national legislation. "The bill defines and clearly states that for Ukraine in foreign policy activities the key is the acquisition of membership in the North Atlantic Treaty Organization. This bill, which clearly declares and clearly demonstrates Ukraine’s will to achieve accession to NATO," he said at a plenary session on Tuesday.

According to Parubiy, the adoption of such a law can become an important sign for Ukraine’s allies, especially in the light of the fact that this year Ukraine celebrates the 20th anniversary of the Charter on a special partnership with NATO. "NATO is the guarantor of security in the entire free world. NATO is the only force capable of stopping aggressive Putin's Russia," the Verkhovna Rada chairman said.

According to Taras Chornovil, such a bill, indeed, can find support in the session hall, given that 260 people's deputies voted for its inclusion in the agenda, with 226 votes needed. "In recent weeks, we have made a fairly rapid breakthrough in the direction of NATO, so I think that at the legislative level this process will be completed within a few weeks," the political analyst said optimistically.

In his turn, the analyst at the Maidan of Foreign Affairs Foundation, Bohdan Yaremenko, does not share such optimism and recalls that as far back as in 2014 a people's deputy from the Batkivshchyna faction, Borys Tarasiuk, has already submitted to the Verkhovna Rada a bill that legislated the prospect of Ukraine's membership in NATO. Then the statements of Ukrainian politicians remained on paper only... "It is clear that the consolidation of the current legislative initiative does not radically change the situation regarding the prospects for Ukraine's membership in NATO. But, of course (at least this is one of the arguments for the domestic political arena), it will mean an obligation to spend money, resources, and efforts to achieve this goal," Yaremenko said. 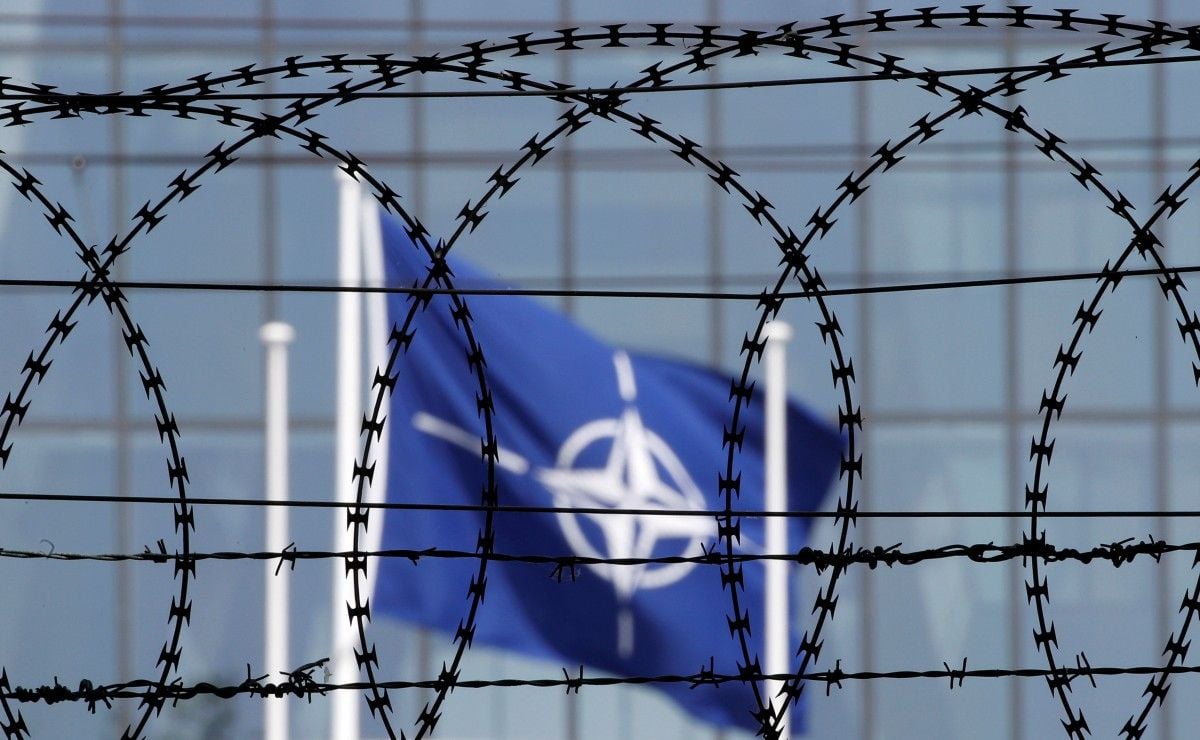 Although this does not mean that Ukraine will become the next member of the Alliance after Montenegro. According to Yaremenko, such hopes are useless, because Europe is almost completely covered by NATO today, while the territories that are being attracted simply expand the formal "security umbrella." In other words, no one will attack, say, Montenegro in the near future, therefore, NATO's obligations to ensure the security of this country are rather declarative. With Ukraine, the situation is radically different.

First, as Yaremenko points out, the Ukrainian elite is still not consolidated around the idea of NATO membership. Secondly, NATO cannot fully trust Ukraine’s legal system, its internal security system, its counterintelligence (because of the alleged presence of Russian agents), and Ukraine's ability to defend itself.

"So, if NATO accepts us, it will get too many problems along with us. Indeed, it will get certain resources, for example, in the form of our armed forces. But the problems in this scenario exceed potential benefits," Bohdan Yaremenko believes.

According to political analyst Petro Oleschuk, all the current fuss around the bill, which reinforces Ukraine's desire to join NATO, is nothing more than political PR. He recalls that in the basis for the NATO functioning lies the fundamental principle of collective responsibility and security. All members are equal participants in the organization, obliged to protect each other and to take by consensus any important decisions. In other words, while in there is no unanimity among the NATO member states regarding Ukraine’s accession, any attempts by Ukraine to consolidate this membership path will have no particular effect. Especially, considering that today Ukraine's entry into NATO means further confrontation of the Alliance with Russia, and this, objectively, does not find support among its current members.

On the other hand, it can become a certain milestone for the future. As we know, back in 2008, the formal reason for NATO's refusal to accept Ukraine was "the lack of consensus in Ukrainian society on the issue." In this regard, any steps that confirm the Euro-Atlantic aspirations of Ukraine and Ukrainians would be a definite argument for the time when the issue of Ukraine's accession to the Alliance is discussed in the future.

If you see a spelling error on our site, select it and press Ctrl+Enter
Tags: RussiaUkraineEuropeNATOgeopolitics