Kyiv authorities went for a counterattack in the issue of the status of military operations in Donbas, offering to replace the obsolete, and not always effective, Anti-Terrorist Operation format. Lviv Mayor Andriy Sadovyi went all-in with the government and president. Sociological studies not only help determine the political priorities of Ukrainian citizens but also to understand the shifts in public moods. Equality March in Kyiv was held amid the overall atmosphere of scandal.

Constant tensions along the contact line with the areas controlled by Russian-backed militants and chronic violations of Minsk agreements by both separatists and Russian forces push the authorities to new actions in Donbas. Secretary of the National Security and Defense Council Oleksandr Turchynov undertook to probe the ground for replacing the ATO format with a new matrix of action of the Armed Forces and determining the status of temporarily uncontrolled territories. By far, the authorities are maneuvering in media space but we can’t rule out that the summer holidays of Ukraine’s legislators will be interrupted for the adoption of the necessary decision that will allow Ukraine to respond more quickly to hybrid challenges, at the same time not abandoning the Minsk accords. President Poroshenko noted that it was impossible to abolish the ATO format without a proper replacement, while the Security Service chief, Vasyl Hrytsak, called on journalists and the public to rally in the fight against the fifth column, often more dangerous than the militant units.

Petro Poroshenko, during the meeting of the National Council of Reforms, spoke in favor of implementing profound changes in healthcare, instructed the government to increase pensions and abolish their taxation. Prime Minister Volodymyr Groysman intends to introduce a corresponding bill and have it pass parliament. Critics of the current Kyiv authorities, as they always do, branded these initiatives the actual preparation for the future campaign, of which the opposition dreams of most these days.

Sociological data released in the latest issue of the Dzerkalo Tyznia. Ukraine shows a significant number of undecided voters, who have grown visibly weary of the vicissitudes of the Ukrainian political struggle. But they also confirm that Ukrainians are changing, albeit not as fast as they would like. This is evidenced by a confident majority of those wishing to witness Ukraine's accession to NATO, and a growing number of supporters of Euro-Atlantic integration, as well a subconscious but tangible growth of those who perceive themselves Ukrainians. The task of the authorities (and the whole political elite in general) is to use these trends in the country’s interests. 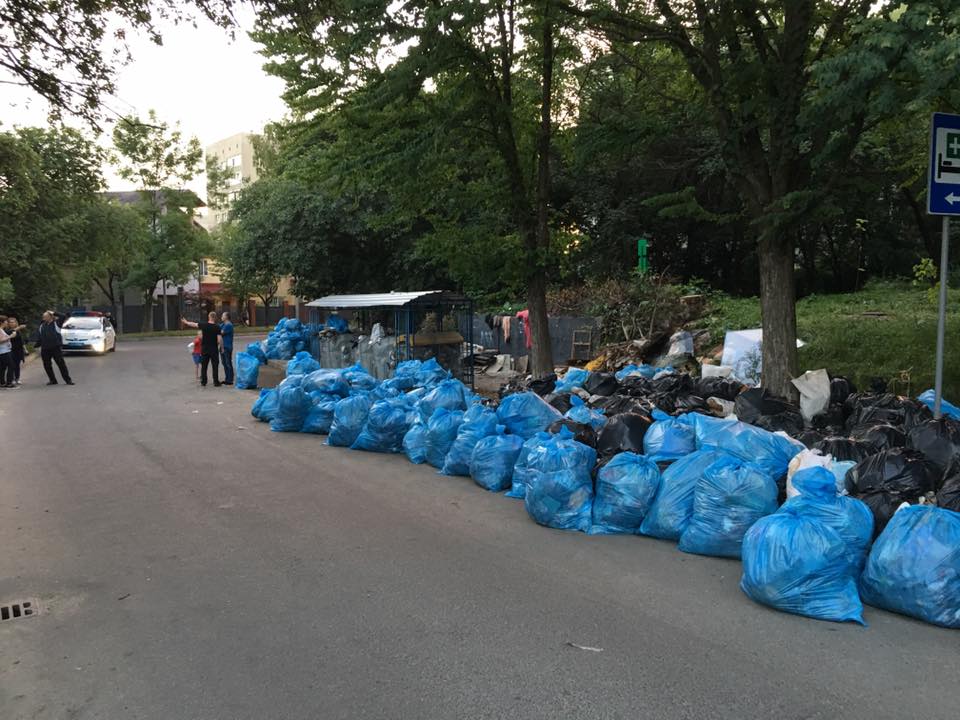 Andriy Sadovyi went all-in with the central government, while actively criticizing the president. Judging by the statements of the Lviv mayor, the situation with garbage disposal is deteriorating noticeably. Sadovyi has even placed a banner on the Lviv City Hall walls calling for the introduction of the ecological disaster regime. Volodymyr Groysman offered the indignant mayor "to go on and do something," as Sadovyi’s Samopomich party had urged its voters during the latest election. This week saw a hunger strike by Samopomich faction’s leader Oleh Berezuk, who is in this way protesting against the "garbage blockade". Surprisingly, experienced politicians seem to fail to understand that their body movements do not result in any sympathy within the country and are unlikely to meet understanding abroad.

The traditional Equality March held in Kyiv was traditional, indeed. The right-wing forces tried to prevent it, the law enforcers almost outnumbered the participants, while some of those taking part in the event held posters, the content of which indicates either the political order of Ukraine’s enemies, or the poor fellows’ inability to distinguish the struggle for rights from permissiveness, which in the current situation is almost the same for Ukraine.

If you see a spelling error on our site, select it and press Ctrl+Enter
Tags: ATODonbasPoroshenkoUkraineGroysmanTurchynovSadovyi