Ahead of the Ukraine visit of the North Atlantic Council, NATO Secretary General Jens Stoltenberg in an exclusive interview with UNIAN spoke about the reason for an eight-year pause since the NAC’s latest visit, about his vision of Ukraine’s prospects of joining the Alliance, and why NATO, despite having halted practical cooperation with Russia, retains political channels open.

An influential permanent body of NATO, the North Atlantic Council, has last time visited Ukraine back during Viktor Yushchenko’s presidency. In eight years, they are coming to Kyiv, again. On July 10, a number of events will take place with the NAC’s participation. In particular, a meeting will be held of the Ukraine-NATO Commission, chaired by NATO Secretary General Jens Stoltenberg and Ukrainian President Petro Poroshenko. The NAC will also meet the government, while the Alliance chief will for the first time in history of bilateral relations between NATO and Ukraine address the Ukrainian parliament.

The visit is of a special political significance as the partners celebrate the 20th anniversary of Distinctive Partnership set up between them (20 years ago in Madrid, former Ukrainian President Leonid Kuchma and NATO Secretary General Javier Solana signed a then-unique document- for the first time in the history of the Alliance, a so-called Charter on Distinctive Partnership emerged). Since then, the relations has gone through different phases: from equal but ineffective, to the actual break-up during the Yanukovych period. At the same time, the attitude of Ukrainian society to NATO has been changing as well. Thanks to Putin, who almost “pushed” Kyiv into the Alliance, today’s public support for the accession to this organization is higher than ever. Moreover, joining NATO has officially become one of the priorities of Ukraine's foreign policy.

Ahead of the Ukraine visit of the North Atlantic Council NATO Secretary General Jens Stoltenberg in an exclusive interview with UNIAN spoke about the reason for an eight-year pause since the NAC’s latest visit, about his vision of Ukraine’s prospects of joining the Alliance, and why NATO, despite having halted practical cooperation with Russia, retains political channels open.

The last time the North Atlantic Council (NAC) visited Ukraine was eight years ago. Why such a long pause?

NATO has visited Ukraine many-many times for the last eight years. There are regular visits of NATO officials. Just a couple of days ago we had Assistant Secretary General [Sorin Ducaru] there. Deputy Secretary General [Rose Gottemoeller] visited not so long time ago, I had visited, and there are 50 NATO officials working in Ukraine with different trust funds, different programs. And, of course, there were a lot of meetings with Ukrainians in Brussels - with the president, defense minister, foreign minister, and so on. I think we have to remember that the cooperation between NATO and Ukraine happens every day in many different formats. So this just reflects broad cooperation between NATO and Ukraine. 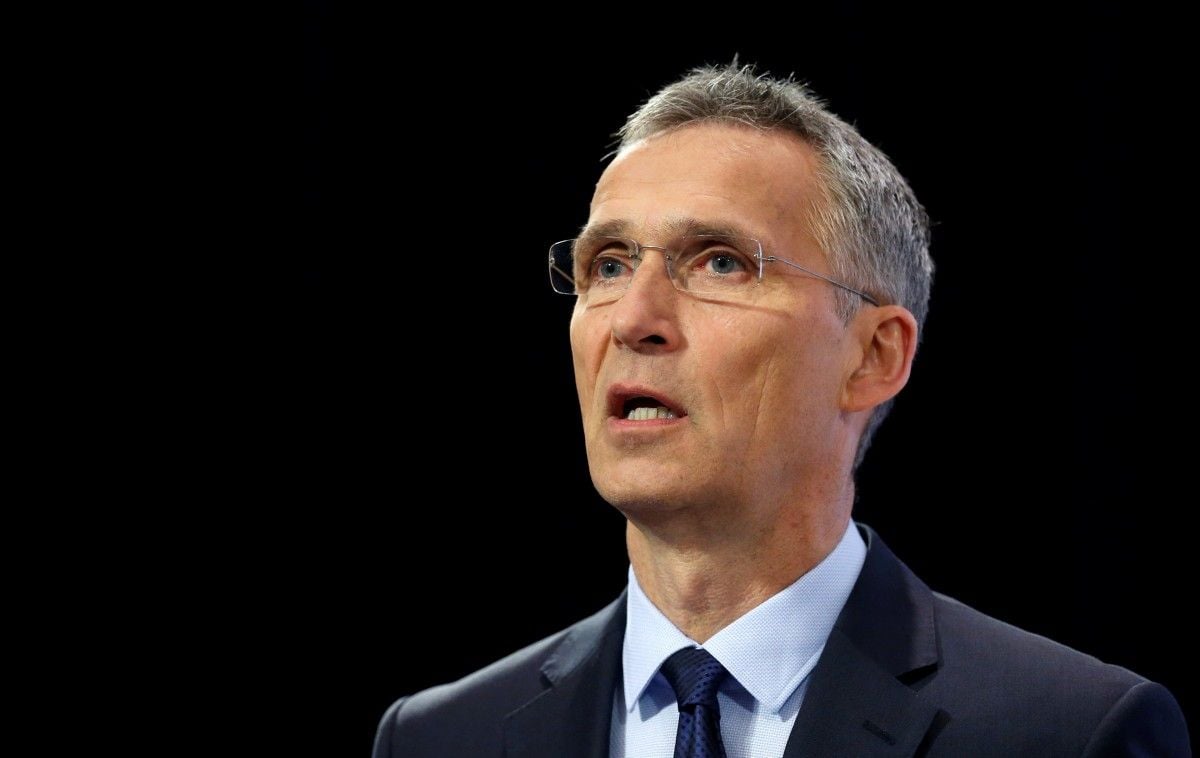 The whole NAC going is something we do very seldom. It is a big event that happened quite seldom and therefore it was eight years since it happened but it does not mean that there have not been many meetings over the last years.

What do you plan to achieve during this NAC visit as a secretary general and what is the NAC's goal as a whole?

We welcome strongly Ukraine’s support to NATO. Ukraine has participated in all NATO missions and operations in Afghanistan, in Kosovo, in the Mediterranean, and many other places. We also appreciate very much that we work together in responding to Russia illegally annexing Crimea, destabilizing the east of Ukraine, and we have a lot to learn from each other when it comes to hybrid and cyber warfare which we have seen taking place in Ukraine, and then, of course, NATO provides support to Ukraine. We have ten trust funds, which have allocated almost EUR 40 million for different activities. On top of that, NATO strongly encourages bilateral cooperation between NATO Allies and Ukraine.

Coming back to the Charter on Distinctive Partnership, which is 20 years old, do you see whether this document needs to be updated to meet today’s realities?

I think an important thing is that we have established institutions like the Ukraine-NATO Commission. Based on that, we have also developed tools like, for instance, the Comprehensive Assistance Package. These tools are constantly being adjusted to reflect the changing security environment and new challenges. 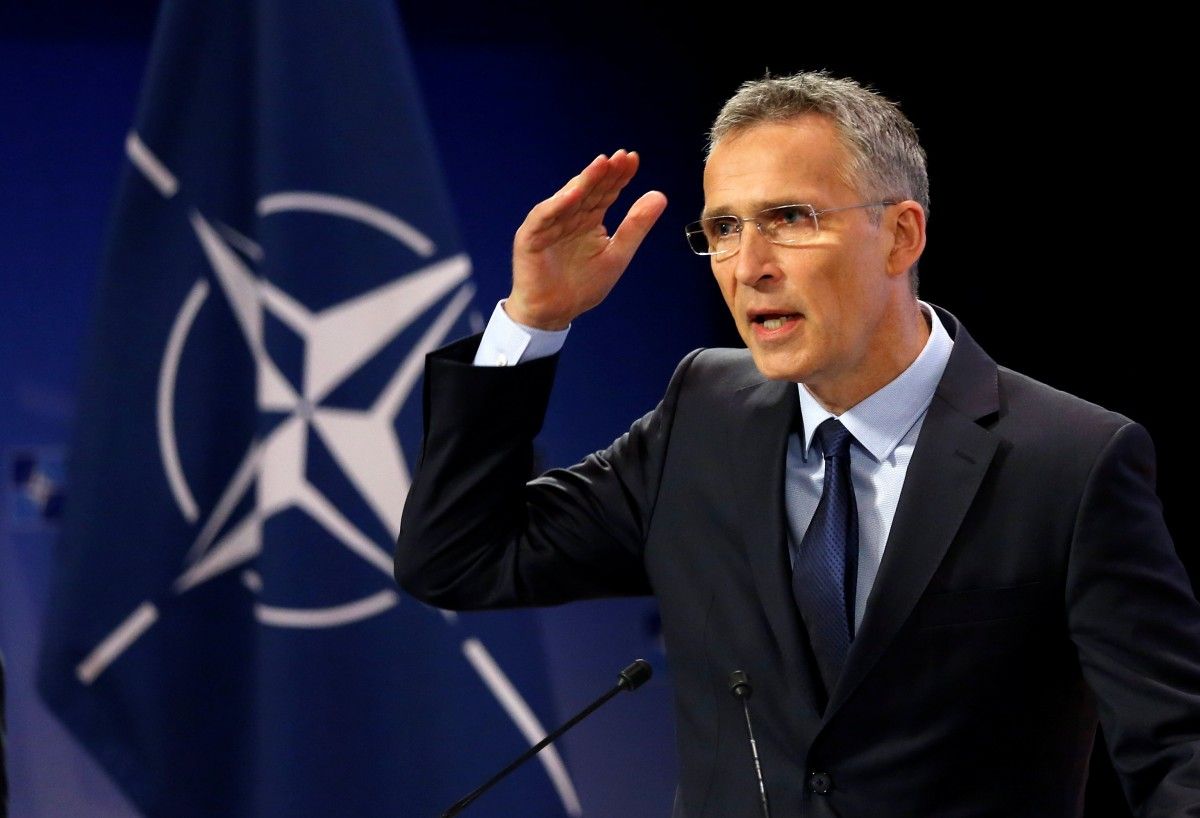 According to NATO’s Centre of Excellence for Cyber Defense, “NotPetya malware was probably launched by a state actor or a non-state actor with support or approval from a state. Other options are unlikely.” If this was only the first cyberattack of this kind and others will follow, is NATO ready to resist, and under which conditions the allies would trigger Article 5? What kind of concrete assistance could be provided to Ukraine?

NATO has significantly stepped up our cyber defenses. We have over the last years really lifted and strengthened our cyber resilience and our cyber defense capabilities. We’ve done a lot when it comes to protecting our own cyber networks both for our headquarters and our missions and operations which are totally dependent on functioning cyber networks - in Afghanistan or in Kosovo, or when we are doing our work here in Europe. So we have improved defense of these networks.

We have more exercises, we share best practises, we share technologies, and this is exactly what we are doing with Ukraine. So we have a trust fund for cyber, we work with your experts, we help to protect cyber networks of different  government institutions in Ukraine and we are now providing equipment which is key and essential for investigating who is behind the attacks. One of the big challenges in cyberattacks that it’s very often hard to identify who is behind them.

What could be the circumstances for Allies to trigger Article 5 of the NATO Charter (on collective defense)?

The reason why we did that was not to trigger Article 5 every time when there is a cyberattack because there are constant cyberattacks, it happens almost every day, and we have seen a 60% increase in the number of cyberattacks against NATO networks from 2015 to 2016. So it has been a significant increase. But we recognize that a cyberattack can inflict a lot of harm – human suffering, the closedown of critical infrastructure, and also undermining military capabilities. It was important for us to state that cyberattacks can trigger Article 5 if they are serious enough, if they are inflicting harm and damage is so serious that it is undermining our ability to defend NATOs nations.

July 6,  the Ukrainian President has signed a law according to which one of the main goals of Ukraine’s external policy is achieving NATO membership. How reluctant Allies on this? It is well known that there are countries that don’t want to see Ukraine as NATO member – why is that? Is that because of Russia, or Ukraine, or both?

For NATO the fundamental principle is that every nation has a right to choose their own path, to decide if they want to seek membership in any security arrangement, including military alliances. And then it is up to 29 NATO members and an applicant country to decide whether NATO will invite a new country to join the Alliance. So it is up to 29 allies by consensus and Ukraine to decide. No one else including Russia has a right to veto or interfere in that process. I

The focus now is on reform, on how can Ukraine move forward, modernizing its defense and security institutions, fighting corruption, and improving the rule of law and meeting NATO standards. NATO is there to help Ukraine with implementing those reforms, with modernizing defense institutions, with fighting corruption, and with meeting NATO standards. This is one of the main purposes of our programs and trust funds, of our support.

We will continue to provide this support and we strongly believe that for Ukraine it will be good to meet NATO standards regardless whether Ukraine becomes a NATO member or not. By meeting NATO standards, the quality and capacity of Ukrainian defense institutions and Ukrainian army will improve. It also will strengthen interoperability between NATO and Ukraine. This is something we work on anyway and something we welcome anyway, and then at the end it will be up to 29 Allies and Ukraine to decide on membership if this issue comes at the table. Montenegro became a full member just last month, and this shows that NATO’s door is open.

We can't but mention Russia. Military exercise “Kavkaz 2012” was used by Russia to occupy Georgia, we have upcoming exercise “West 2017” and Ukrainians fear that this exercise could be used to invade Ukraine or any European country bordering Russia. Do you think that four battlegroups is enough in these countries? Does NATO have any plan on how to deal with the situation like this if there is any real threat?

We don’t see any imminent military threat against any NATO Ally but we see a more and more assertive Russia, we see a more and more unpredictable security environment. That is the reason why NATO has responded with increased military presenve in the eastern part of the Alliance with four battlegroups in the Baltic and Poland, and also with more presence in the Black Sea region. 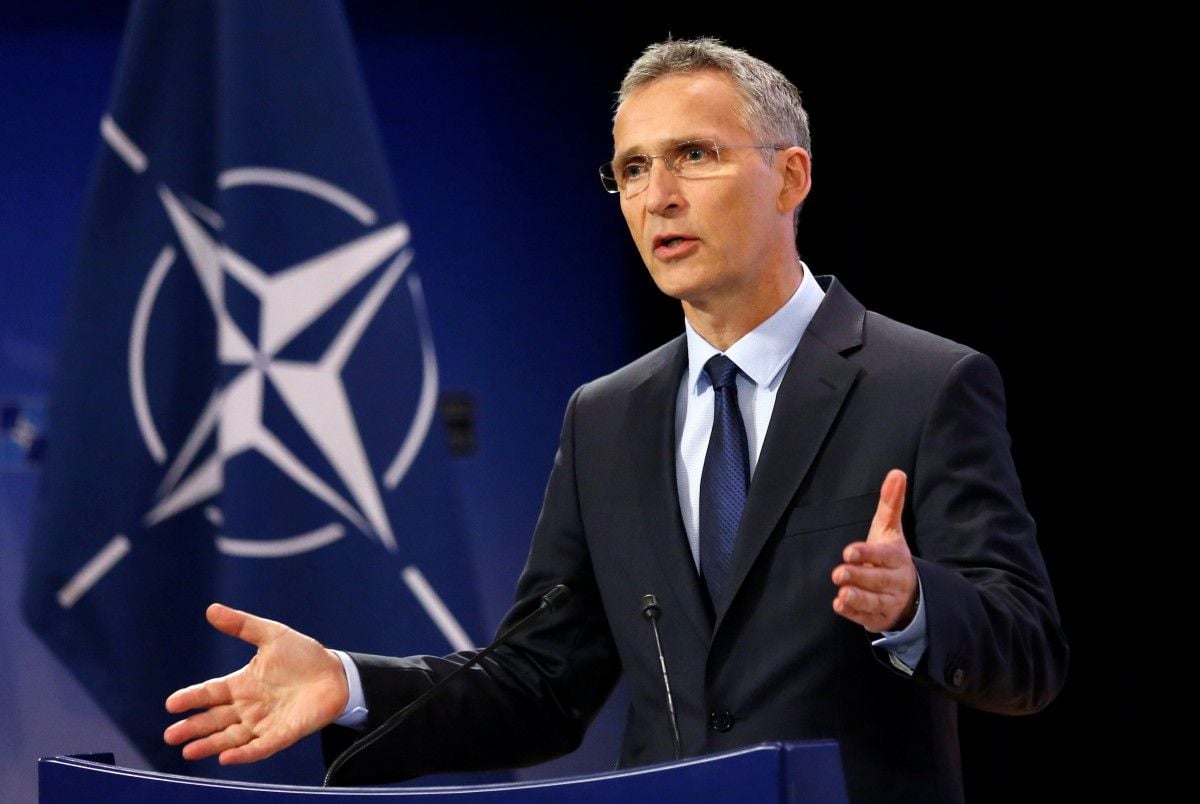 But it is important to understand that this is only a part of the response because we have also increased readiness of our forces so they can quickly reinforce if needed. We tripled the size of NATO response forces to 40,000, we established Spearhead Forces, and we also established eight small headquarters in the eastern part of Alliance. All together, this provides credible deterrence and also the fact that battlegroups are multinational and many allies participate with different capabilities sends a very strong signal to any potential adversary that an attack on one NATO Ally will trigger response of all Allies.

Is there any progress in the preparation of the NATO-Russia Council?

Yes, there will be the NRC meeting next week on July 13 where we will discuss Ukraine among other topics at that meeting. We in NATO believe in what we call dual approach to Russia. Russia is our biggest neighbor, we cannot isolate Russia. Therefore, we believe in deterrence, defense and predictable approach but, at the same time, open channels for political dialogue, because in the long run we need to strive for a more constructive and cooperative relationship with Russia. Political solution of the crisis in Ukraine requires political dialogue with Russia.

If you see a spelling error on our site, select it and press Ctrl+Enter
Tags: UkraineNATOStoltenberginterview