Yulia Tymoshenko with her hasty Facebook comment complicated her entry into the new political season. Mikheil Saakashvili continues to show serious intentions to return to Ukraine. Vitaly Shabunin publicly tried on himself the role of "mind, dignity, and conscience" of all anti-graft activists. SBU revealed the criminal plot of the FSB against former ATO fighters, at the same time remaining impotent against the Russian Center for Science and Culture in Kyiv.

Yulia Tymoshenko’s Batkivshchyna Party saw a "North Korea missile ties scandal" over the alleged supply of missile engines from Ukraine to DPRK as a good chance to deliver a powerful blow of criticism at the ruling authorities. So, first on Tymoshenko’s official Facebook account and then on that of her party, the aspiring politician warned Ukraine of "sanctions and disaster." But as the story was starting to get massively debunked, Batkivshchyna attempted to explain the posting with a breach of their Facebook account and a provocation.

Tymoshenko’s principle while in opposition, which is "the worse - the better," has long ceased to surprise. However, her political ambitions are fueled by sociologists, who say the Batkivshchyna leader is heading presidential polls today. The high rating of any politician in Ukraine is a perishable product, so Yulia Tymoshenko seeks to speed up the developments in her favor. It will be interesting to see whether she will find a common language with Mikheil Saakashvili, who announced his intentions to return to Ukraine on September 10 and revealed the identity of his political counselor, Serhiy Haidai. The idea of opposition forces uniting is not a fresh one, while the effectiveness of such efforts is often offset by personal ambitions of the unifying parties. 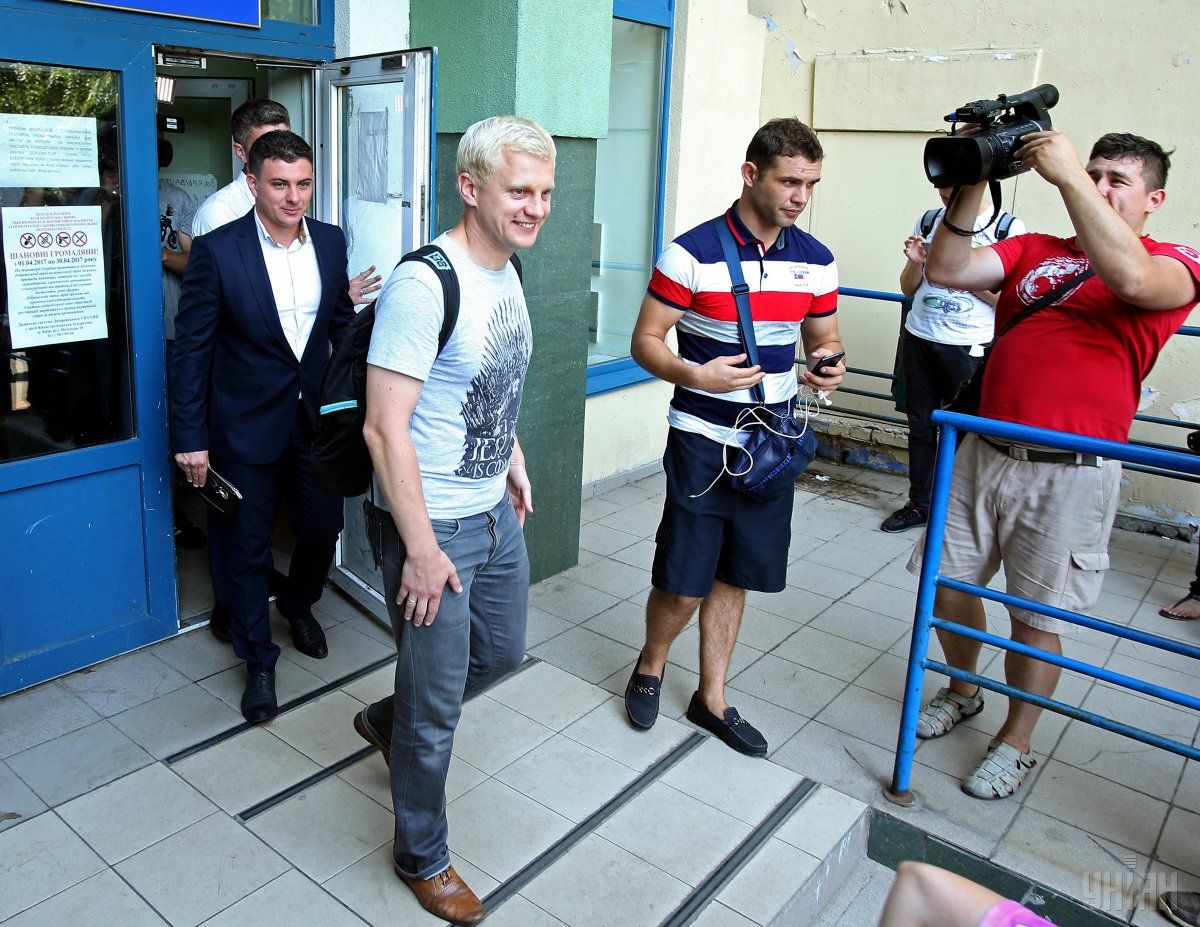 Information noise around the chief of the Anti-Corruption Action Center Vitaliy Shabunin creates additional problems for the authorities. His fellow anti-graft activists, while commenting on trial against their colleague over a punch at a man who had provoked him (the debate on whether Vsevolod Filimonenko, “the victim,” is actually a journalist, and on who should determine his professional affiliation deserves separate focus), persistently draw parallels between the actions of Petro Poroshenko and Viktor Yanukovych. This move is widely used in political technology and it is quite an effective one, especially in a society that has for the fourth year been living under conditions of Russia’s hybrid aggression. Meanwhile, Shabunin says that he embraces the possibility to bear responsibility for inflicting bodily harm, seemingly realizing that leading any debate as a "victim of political oppression" raises significantly the prices of his political stakes.

It should be noted that the "Shabunin case" was spun in the media simultaneously with the PGO report on the investigation into the circumstances of the Ilovaisk tragedy in Donbas. The main conclusion of the PGO, the one that Russian military incursion was the decisive factor which led to huge losses among Ukrainian forces, has not at all been appreciated by a considerable part of the Ukrainian society. The efforts of both the authorities and the indifferent part of society should be focused not only on counteracting the aggressor but also on the release of eight Ukrainian troops who were captured during the retreat of ATO forces from Ilovaisk. 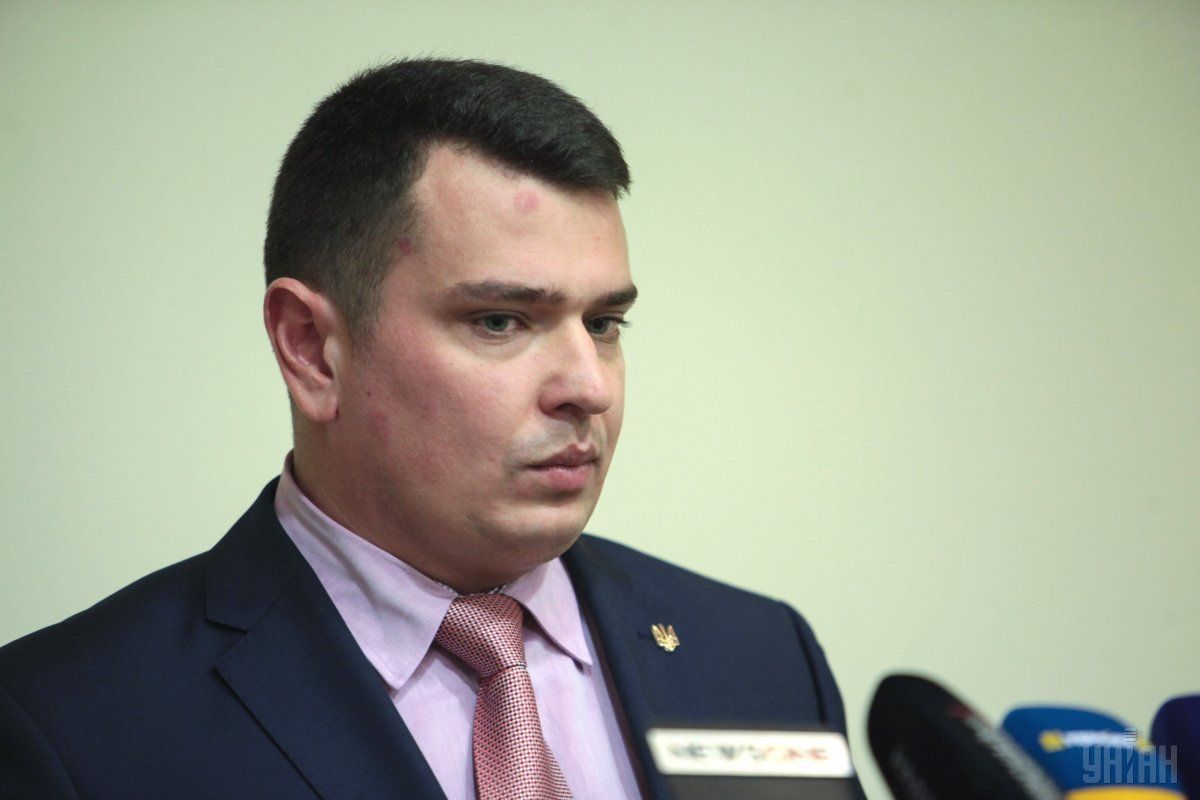 Sytnik insists on creating an anti-corruption court / Photo from UNIAN

No less interesting is to see how professional anti-corruption operatives of NABU will take advantage of public sentiment. Meanwhile, the Bureau’s chief, Artem Sytnik, is tirelessly reiterating the idea to establish an anti-corruption court, claiming that the existing courts sabotage their cases. NABU noticeably lacks success stories, and this factor will continue to influence the perception of their efforts. Even more so, against the background of the behavior of their latest targets - MPs Maksym Polyakov and Boryslav Rosenblat. The fight against corruption has not succeeded in a blitzkrieg format in any of the post-Soviet states, while in the modern Ukrainian society the demand for “here and now” solutions remains consistently high.

Prime Minister Volodymyr Groysman looks ahead to this year’s autumn with some hope and anxiety. After his vows to prevent the watering-down of healthcare and pension reforms, he will have to face the position of Ukrainian legislators, who previously never radiated political will for unpopular moves, and now sense that the election period is getting nearer. The major intrigue of this autumn, promising to be full of political and economic turbulence, is whether the premier has any trump cards able to convince the deputy corps.

Of course, virtually any internal turmoil in Ukraine will be welcomed in Moscow, recently betting mostly on rocking Ukraine from within. Chief of the Security Service of Ukraine Vasyl Hrytsak reported on Russian intelligence plotting terrorist acts in Ukraine as well as provocations on Russian soil, involving former ATO troops, who this time successfully managed to avoid the role of “scapegoats.” At the same time, the Russian Center of Science and Culture (part of Rossotrudnichestvo) continues to operate in Kyiv, having recently sent a group of Ukrainian high school students to Russia within the framework of their "Hello, Russia" project, without any visible opposition from the Ukrainian authorities.