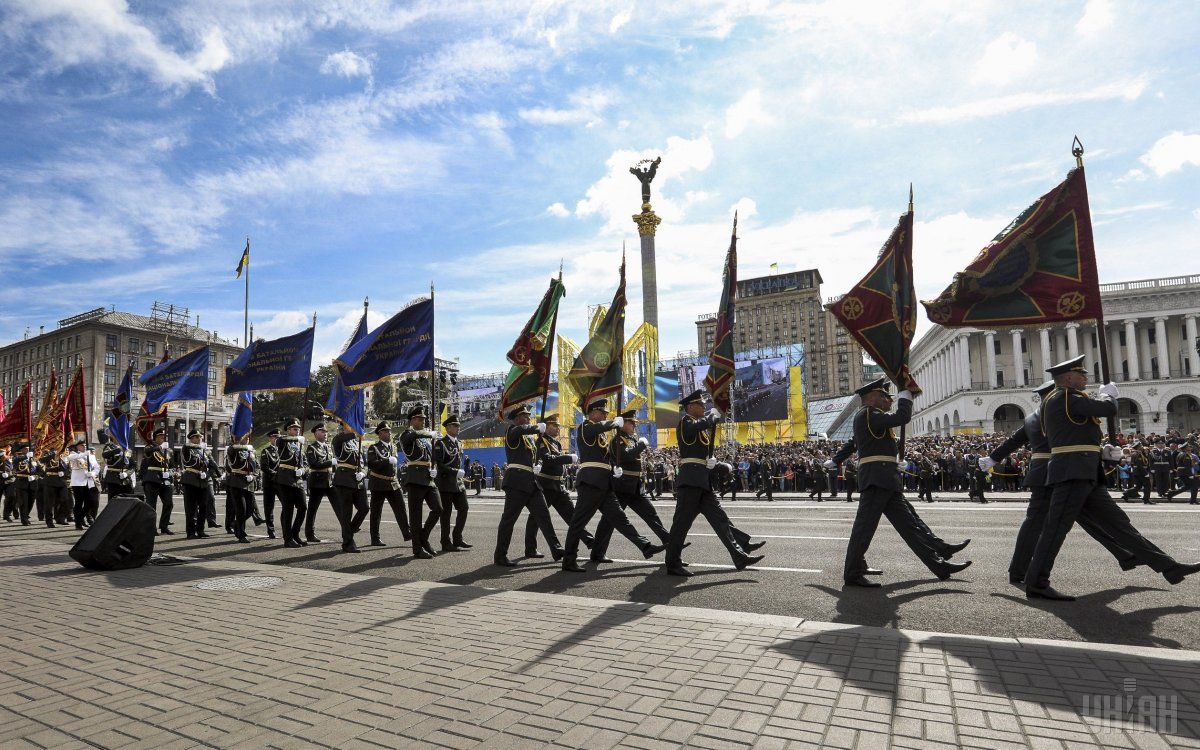 Independence Day in Ukraine has traditionally marked the start of a new political season. This time, the military parade on Khreshchatyk and the exhibit of military equipment evidenced Ukraine’s rapprochement with NATO as troops from several Allied states marched on the country’s main street alongside Ukrainian soldiers. Ukrainian citizens also witnessed and obviously admired the posture of Ukrainian troops, inspiring pride and proving that some real change has come to the Ukrainian army. Meanwhile, Petro Poroshenko's intention, voiced in his address, to make Ukraine a successful country certainly deserves not only attention, but also concrete steps.

However, amid the ongoing hybrid war, not only the Armed Forces are important, but also the access throughout Donbas to Ukrainian media content. Of course, everyone would like the "school-year truce" announced August 25 grow into a full-scale cease-fire. Today, it is more important to inform the population of Donbas of what is happening in the country. That is, the access to Ukrainian news is vital not only across the occupied territories but also the government-controlled Donbas, where sentiments are not always patriotic. The opening of the TV tower in Bakhmutivka will allow broadcast of Ukrainian TV channels, while it remains important to ensure quality content.

Prime Minister Volodymyr Groysman in his struggle for the adoption of the pension reform stressed that the pensions have to be earned. His first deputy, Stepan Kubiv, promised that the draft budget 2018 would be submitted to the parliament by September 15, thus recalling that Groysman's government is trying to comply with the schedule for the adoption of the country's main financial document. However, the budget and pension reform are not the only problems that the government is facing - there are also personnel issues. Andriy Parubiy, who promised "autumn reforms" in Parliament, is optimistically looking at the renewal of the Central Election Commission, but we should not forget that in the deputy corps the speaker is only the first among equals. Neither the state of affairs within the parliamentary coalition nor the general political climate in the country allows us to confidently predict the "powerful pace of reform" in the near future. Rather, on the contrary, populism will prevail.

Yulia Tymoshenko appeared in public after almost two months in the shade, having visited the reception in honor of the 50th anniversary of the Ukrainian World Congress. Although she was not able to address the participants of the meeting (this honor was given only to Petro Poroshenko), Yulia Tymoshenko showed her new public image, which gives grounds to assume that her stylists are inspired by the "Game of Thrones."

Road accidents involving a football club owner and media mogul Petro Dyminsky and the son of opposition’s Nestor Shufrych were not only marked by swift comments by Anton Gerashchenko, an MP and advisor to the Minister of Interior. The parliamentarian habitually took upon himself the role of the investigator, the court and the press service of the competent authorities. The tragic death of a young woman in the Lviv region after a fatal collision with Dyminsky’s Mercedes sparked public outrage, while Dyminsky immediately fled to Switzerland. If he is charged, it is possible that his ZIK TV channel’s information policy will change. As for Shufrych, Jr., his road accident is unlikely to have consequences for his father.