Viktor Pinchuk confirmed his skills of the builder of communication platforms. Petro Poroshenko tried to ease tensions with businesses amid latest raids by law enforcers. Volodymyr Groysman is concerned over the parliamentary majority. Mikheil Saakashvili is reaping the fruits of the "will of the people." Yulia Tymoshenko plays her traditional role. 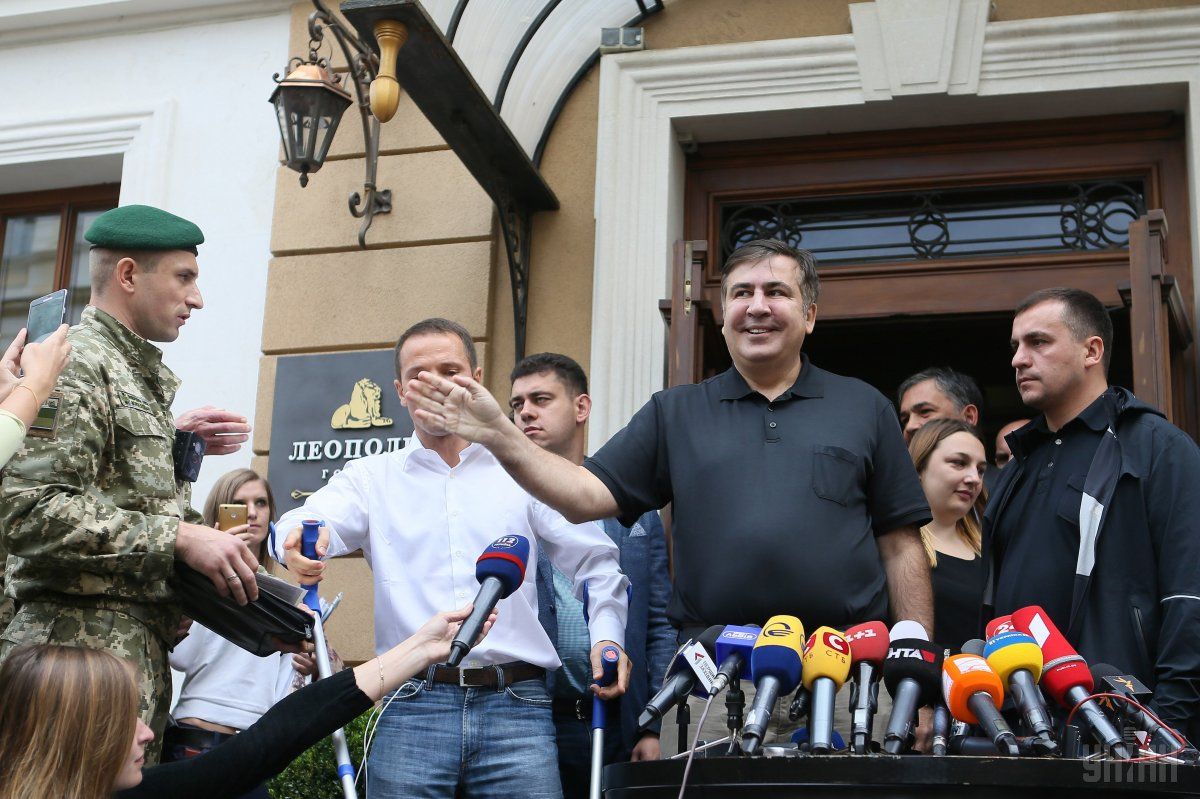 YES meeting in Kyiv was ceremonious and noble as if everyone forgot about the call at year-start by Viktor Pinchuk, addressed toward Western audiences but also resonating in Kyiv, to go for "painful compromises" with Russia for the sake of establishing peace in Ukraine. However, Mr Pinchuk chose not to put to waste those many years of gained experience, while the Ukrainian beau monde did not miss an opportunity to "hang out for the sake of Homeland" with representatives of the West, many of whom today have very limited opportunities to influence decision-making in Western capitals.

However, there were some interesting issues raised at the forum, indeed. For example, Petro Poroshenko, Volodymyr Groysman, and Yuriy Lutsenko were asked about the anti-corruption court and its prospects in Ukraine. The three leaders responded in different ways, which, however, does not exclude further consensus on this issue, since it remains very painful and troubling for the authorities. Among the speakers at YES, there was no place reserved for Rada Head Andriy Parubiy, which looks somewhat strange for the parliamentary-presidential republic Ukraine is proclaimed to be. Ahead of the summit, the president had to address the concerns of Ukraine’s businesses and promised to stop the series of raids by law enforcers which many see as a tool of pressure.  Petro Poroshenko highlighted his promise by demonstrating readiness to defend the interests of medium-sized businesses. We should also note the Euro-Atlantic resolve of ex-PM Arseniy Yatsenyuk, who is either seeking ways of returning to big politics, or the opportunity to boost his personal ratings. The latter may really jump following the increased attention toward his persona by the Investigative Committee of Russia, which claimed recently that Mr Yatsenyuk had fought in Transnistria on the side of Moldova.

PM Groysman not only urged to stop exaggerating the degree of his dependence on the president (these assumptions are noticeably aggravating the head of government) but also criticized the State Property Fund for inefficient actions. The prime minister does not hide the fact that he is interested in the maintenance of a parliamentary majority, although he, as a former deputy, hardly fails to understands that such majority can be exclusively situational. The introduction of the draft state budget for 2018 for consideration by the parliament last week turned out to be a formal act rather than a real invitation of parliamentarians to a dialogue.

However, Groysman managed to distance himself skillfully during the YES meeting from the question regarding Mikheil Saakashvili, whom Prosecutor General Yuriy Lutsenko proposes in court to clarify the rights to Ukrainian citizenship. Mr Saakashvili upon his arrival in Ukraine has already managed to turn the Lviv-based Leopolis hotel into a kind of revolutionary cell, spun loud rhetorical statements, and constantly changed his plans. The lack of a Ukrainian passport on him can hardly be called a sufficient reason for turning to the Court of Appeal. Although Saakashvili coquettishly promises "not to organize a new revolution," there are not so many reasons to believe him today. Once the law does not allow him to run for elected office, an experienced politician will keep attracting attention.

Yulia Tymoshenko took part in a meeting of politicians who had come to personally meet Saakashvili and bring him over to Ukraine, and then promptly left for Kyiv. There is nothing strange in this fact: Lady U never required any escort to shower accusations against the authorities in power - she herself can skillfully expose her opponents to pejorative criticism. Tymoshenko also recalled that coordinating the actions of the opposition does not abolish political competition as if trying to dispel the assumptions about a new political group being created.