Ukrainian legislators worked in line with the letter of Rada’s regulations with the perseverance worthy of a much better application. With no efficient whips available, the prime minister tried to persuade lawmakers and exhort his fellow citizens with the help of a carrot image. Mikheil Saakashvili was fined for illegal border crossing. Ex-SBU chief Valentyn Nalyvaychenko tried on a role of a victim of political repression. The Ukrainian Themis appeared in all its glory. 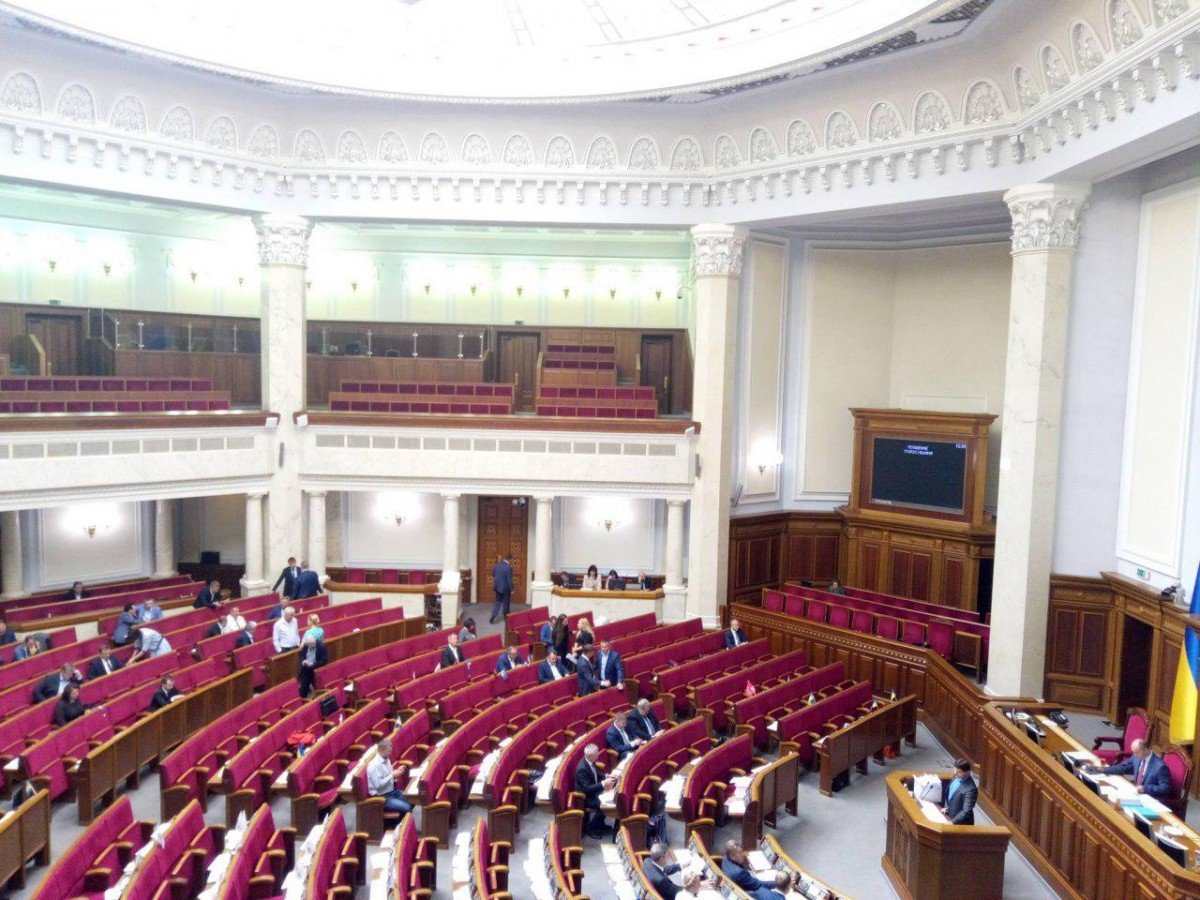 While Petro Poroshenko focused on briefing UN member states on the situation in Ukraine and its occupied territories, as well as communicating with the leaders of world powers, the Verkhovna Rada did not work a single step beyond the framework of its regulations. Attempts by Speaker Andriy Parubiy to accelerate the process of debate on the amendments to the draft law on judicial reform or to extend his colleagues’ working hours found no reflection in the hearts of the latter. Strictly speaking, the eighth parliamentary convocation is only ready to vote "to the victorious end" if their own interests are ultimately taken into account, as practice shows. For example, this was the case during the consideration of the draft state budget.

Therefore, parliamentarians preferred to imitate some stormy activity in the session hall, while simultaneously minding their own business. Several "Euro-optimist" deputies announced a large-scale political rally on October 17 and picketed the Presidential Administration HQ on Bankova Street demanding protection from attacks for journalists and activists, as if forgetting that it’s another government branch which is responsible for securing public order. The Will of the People deputy group gained two new members and thus was saved from the threat of forced dissolution. Representatives of pro-presidential BPP faction as well as the Popular Front listlessly commented on the prospects for the creation of a unified party of power, as if recalling that there is no provision for this mechanism in Ukraine’s legislation which would take into account the interests of both groups.

It is interesting to note that PM Volodymyr Groysman vowed not to go for a compromise with his conscience in budgetary matters. His attempt to persuade parliamentarians to deal with the judicial reform ASAP and move to the adoption of the pension reform turned out to be a glaring cry in a half-empty session hall. Therefore, the head of the government has no other options but to maneuver between promises to resign and to provide for a large increase in allocations for road repairs, provided for in the draft budget-2018.

Prime Minister’s confidence is a bit supported by Ukraine's successful placement by the Ministry of Finance of Eurobonds worth $3 billion. Although half of the amount will be spent on repayment of borrowings of past years, the very fact of Ukraine's return to the market of foreign borrowings can be perceived as a positive signal for investors.

Meanwhile, another "breeder" emerged in Ukrainian politics. This role has been claimed by former Odesa governor Mikheil Saakashvili, who at the same time did not bother to provide convincing evidence of his Ukrainian citizenship. The politician who continues to spruce the population of Ukraine’s regions with loud promises, asserts that he is not going to yearn for power. At the same time, he intends to find "300 Spartans" capable of a legislative feat within the framework of a single convocation. Apparently, in order to verify the purity of Saakashvili's intentions, the court fined him for the illegal crossing of the Ukrainian border.

One of the accomplices of the "Saakashvili's border breakthrough" of September 10, ex-SBU chairman Valentyn Nalyvaychenko, was targeted by his former colleagues. This attention to his persona is not connected with his activities as an opposition politician but with the events of 2014-2015. In the opinion of the SBU, at that time, Nalivaychenko contributed to the illegal flights of Putin’s ally Viktor Medvedchuk. Considering the controversial image of the leader of the Ukrainian Choice, the incriminated offenses can be called, at least, unpleasant. Medvedchuk was also summoned for questioning to the SBU, so the situation is still developing.

The Ukrainian Themis last week spoiled Ukrainians with a variety of high-profile decisions. In Chornomorsk, the court acquitted the participants of the tragedy in Odesa of May 2, 2014, citing insufficient evidence but some of those released were remanded in custody literally in the courtroom. Those tragic events, it seems, will remain a problem for the Ukrainian society for a long time. Nelya Shtepa, ex-Mayor of Slavyansk, was also released from custody after spending three years in a pre-trial penitentiary facility. Apparently, charges against her have not been supported by sufficient evidence, either. Prosecutors, headed by Yuriy Lutsenko, promise to challenge court decisions but it is unlikely that appeals will strengthen the sense of justice for many Ukrainian citizens.