The adoption in the first reading of the law "On the specifics of state policy for ensuring state sovereignty over temporarily occupied territories in Donetsk and Luhansk regions" and the passing of the law "On the creation of the necessary situation for the peaceful settlement of the conflict in Donetsk and Luhansk regions" made parliamentarians work hard throughout Friday. Not only millions of pensioners, but also PM Volodymyr Groysman rejoiced over the successful vote for the pension reform. The Mykolaiv City Council rebelled against the local mayor. 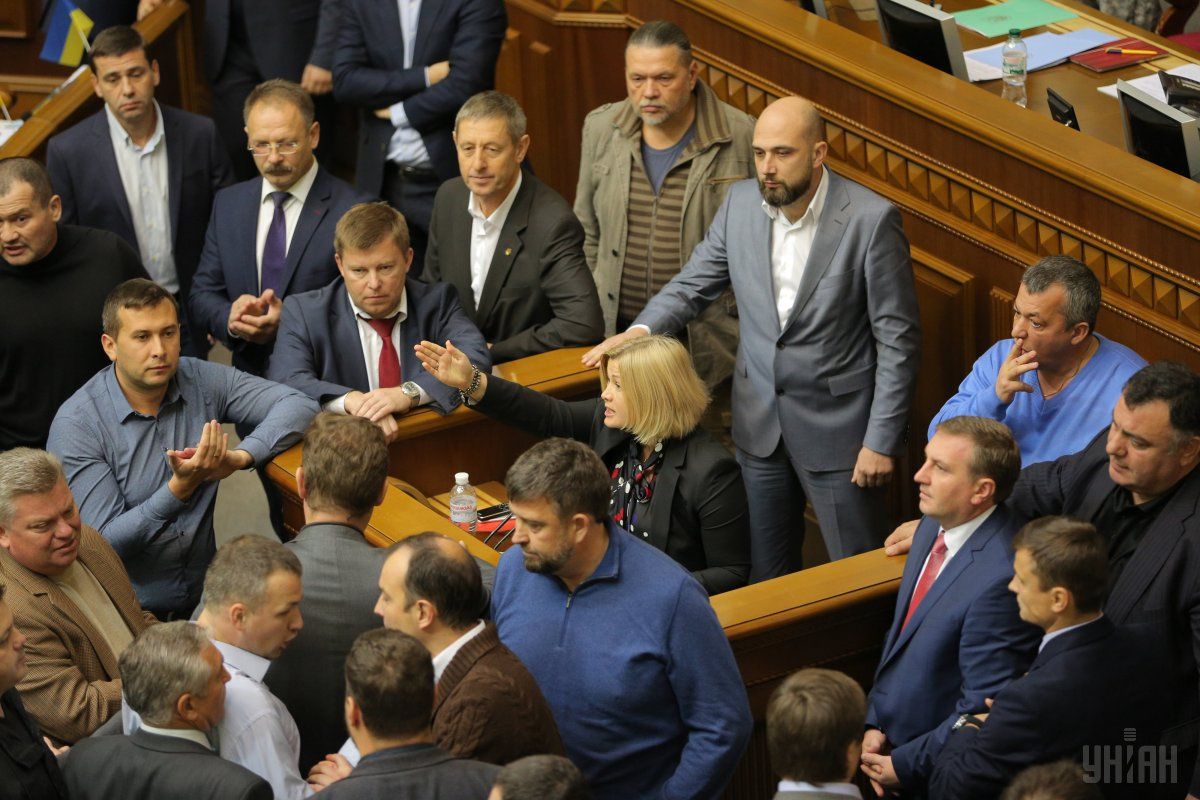 The fight for the reintegration of Donbas continues, although it sometimes becomes just too absurd. It is difficult to talk about the promotion of national interests if political dividends are at the forefront. Presidential bills necessary for a tactical settlement of the conflict were being prepared for submission to the vote in Parliament for quite a long time but were considered in an emergency mode with the use of the force component of the Rada’s largest faction. The head of state not only had to overcome the resistance of Samopomich faction and independent and no less vigorous MPs from Svoboda, but also to seek a common language with his allies from the Popular Front. In general, the outcome turned out quite decent: against the backdrop of the prolongation of the law on the special status of Donbas, which was adopted in the alarming autumn of 2014 and never came into force, the parliamentarians fixed at a legislative level Russia's aggression in the east of Ukraine and recalled the country’s right to self-defense in order to give up on the ATO format, which had noticeably exhausted itself. Minsk agreements will not be mentioned in the text of the law. There is a feeling that on October 6, each politician played their agreed tunes resembling an operetta as a whole.

Former advisor to the Interior Minister, Anton Gerashchenko, with his statement about the conflict that had been lasing for more than three years between Arsen Avakov and Petro Poroshenko, hardly surprised political gourmets but questioned the reality of the fast and organic union of the pro-president’s BPP and the Popular Front. The Minister of Internal Affairs promptly denied this report, but it has nevertheless spilled a drop of tar in a honey jar. At the same time, it should be noted that last week Yulia Tymoshenko fell out of the information space, which looks somewhat strange in the context of the political resonance of the bills on Donbas reintegration. Lawyers of former ex-governor of Odesa region Mikheil Saakashvili in early October stressed that he applied for political asylum in Ukraine, avoiding answering questions on whether their client actually has on him a Ukrainian passport, which he repeatedly praised.

In the modern world, the timeliness of PR efforts is of great importance. It seems that the SBU realized this, too. Its chairman Vasyl Hrytsak decided to "greet" Vladimir Putin on his 65th birthday with a briefing on the so-called Wagner private military company’s actions in Ukraine. The leaders of this company took pictures with Putin in the Kremlin early this year, while the Ukrainian security forces decided to publish thoroughly collected data about Wagner’s activities for the SBU’s western colleagues to see that Russia’s hybrid aggression has no borders.

The adoption of judicial reform has seen yet another scandal over a dubious "Lozovyi amendment". However, the vote for the pension reform went smoothly, with only Batkivshchyna and the Opposition Bloc not supporting it. The adoption of pension reform allowed Volodymyr Groysman to sigh with relief as he had vowed resignation in case of its failure. Incidentally, the promptness of signing the corresponding law by the president testifies that the assumptions about the tensions on the Poroshenko-Groysman line hardly correspond to reality.

The latest events in Mykolayiv are also interesting as 42 out of 54 deputies of the local city council expressed no-confidence in the mayor of the capital of Ukrainian shipbuilding, Oleksandr Senkevych. His case is interesting because in the autumn of 2015, a member of Samopomich became the city's head largely thanks to the party's positioning and public support in his fight against the former member of the Party of Regions. For a party that is floating further into opposition, the loss of its mayor in a regional center has become an unpleasant surprise, which should make one think about the effectiveness of tactics of their political efforts. Parliamentarians should now think about scheduling elections in Mykolayiv and also in Lutsk, where a local mayor Mykola Romaniuk died in early 2017.