A bomb explosion outside the building of the Espreso TV Channel office has not only killed two persons, but also become the epicenter of many questions. The blocked courtroom in Kyiv's Svyatoshynsky court has hardly become a manifestation of any form of nationalism. President Poroshenko and PM Groysman are sure that decentralization cannot be stopped. Yulia Tymoshenko has overestimated the importance of local elections at integrated territorial communities for her positions. Mikheil Saakashvili is trying an October revolutionary's leather jacket on. Publications of latest presidential ratings have unexpectedly brought Viktor Yushchenko into the political arena.

The explosion at the walls of the Espreso TV Channel has been qualified as an act of terror not only because Member of Parliament Ihor Mosiychuk was hit by shrapnel. His bodyguard and a retired Interior Ministry officer were killed in the blast, while political expert Vitaliy Bala and a local female resident sustained injuries. Despite the fact that Interior Minister Arsen Avakov's speakers have habitually started talking about Russia's involvement, this case is not necessarily that simple, as several people were injured in the bomb explosion, and not only Mosiychuk could have been a target.

Hardly could Ukraine's justice and the country's image in the world benefit from the disorder staged by supporters of leader of the Organization of Ukrainian Nationalists (OUN) Volunteers Movement Mykola Kokhanivsky in a courtroom of Kyiv's Svyatoshynsky district court. In the struggle for the release of their leader, they crossed the red line, forcing the police to act harshly. During a riot police crackdown, three dozen people, including the OUN leader himself, were detained, several journalists were also victims of the "special operation." Though they were offered prompt apologies by high-ranking Interior Ministry officials, the incident fits in the paradigm of Ukraine's information space very well. 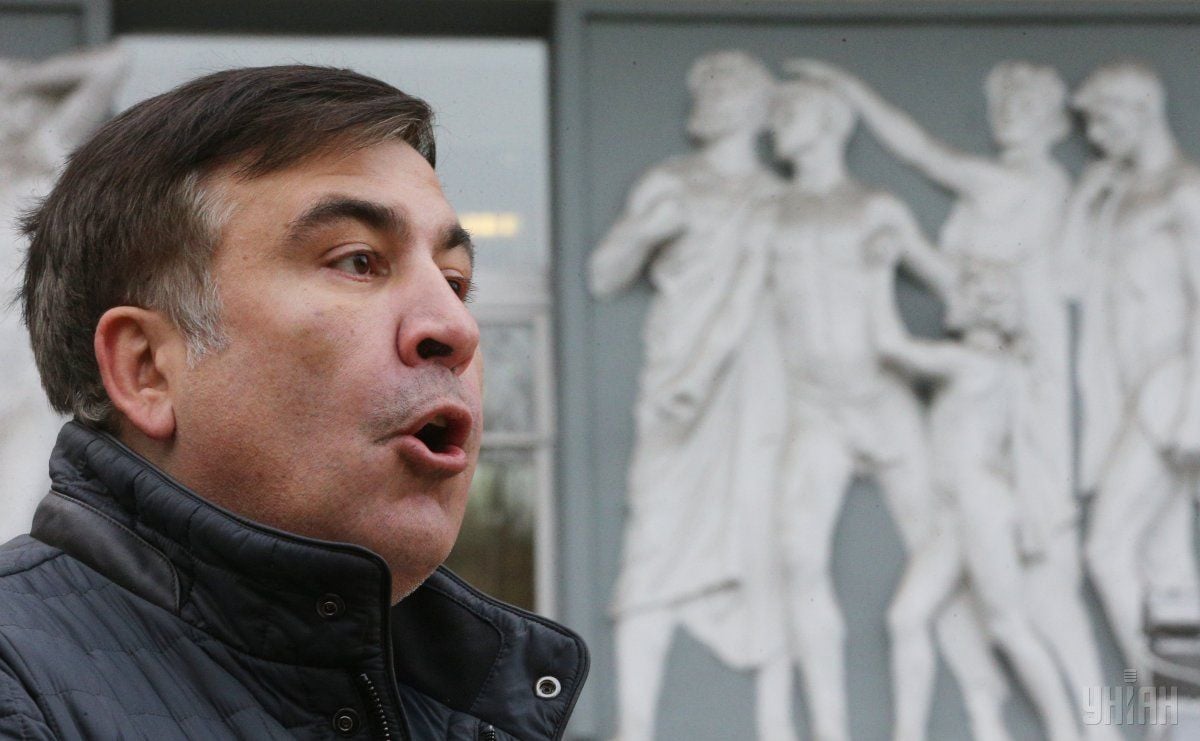 The Regional Development Council was notable not only because of criticism by Poroshenko of those who don't want to see improvements in the country, but also because of Chief Prosecutor Yuriy Lutsenko's confidence that the Ukrainian authorities have something to come up to the public and it is time to hold Mikheil Saakashvili liable. Both the president and the prime minister said they believe in further decentralization. The criterion of their belief is simple: local budgets will aggregately exceed the national budgets, and real powers are delegated to the regions. Yulia Tymoshenko's statement to her political rivals was original: she loudly declared that the local election recently held in 201 integrated territorial communities was "the first round of presidential and parliamentary elections." Yet, later on October 23 the Batkivshchyna Party's leader claimed there were massive falsifications, which suggests that her party's results in the regions were far from the expected ones.

Mikheil Saakashvili's desire to play a revolutionary romanticist's role is constantly confronted with force majeure. It is either the State Migration Service, reinforced by the Prosecutor General's voice, that announced there were no grounds for granting political asylum to the former Odesa governor, or a rally outside the parliament's building that gathered fewer supporters and onlookers to police's delight. Saakashvili tries to extend the protest rally's potential until November 7 (not so much the anniversary of the Soviet 1917 October coup in Russia, but the date of a new parliament session), but his efforts are clearly not enough. One must say that the initiative of the anti-oligarchy Liberation movement virtually inspired by Members of Parliament Yegor Sobolev and Semen Semenchenko to block logistic centers and production facilities of Roshen Corporation is a bad "asymmetric measure" used by protesters to "intimidate" Poroshenko.

The president's confidence was backed by a public opinion poll whose results were announced last week: both the Razumkov Center and SOCIS revealed that he ranked first in fresh polls to find out Ukrainians' electoral preferences. The ratings also include Okean Elzy front man and ex-MP Svyatoslav Vakarchuk, who did not officially announce his intention to run for president, but who at the same time is perceived by some Ukrainians as "the hope of the nation." By the way, Saakashvili's popularity is within the margin of error. Viktor Yushchenko who seems to be guided by resentments about himself and Saakashvili (Yushchenko is the godfather of Saakashvili's second son) has decided to position himself as the only presidential candidate who is not controlled by the Kremlin. What is the reason for such a move by usually prudent Viktor Andriyovych? Most likely, we'll find out the answer soon enough.

If you see a spelling error on our site, select it and press Ctrl+Enter
Tags: PoroshenkoGroysmanTymoshenkoSaakashviliMosiychuk