Year's milestones 2017. Multi-faceted Donbas, dialectics of power and opposition, and "autumn of reform" in Rada

The situation in Donbas was the most determining factor of Ukraine’s life in 2017. The blockade of transport communication with the occupied parts of eastern Ukraine and the increase in the minimum wage became the main economic events. The confrontation between the government and the opposition last year largely remained within a civilized field, although Mikheil Saakashvili introduced new nuances into the political struggle. Losses-2017 have become a good illustration for overall situation in the country. "Autumn of reform" in the Verkhovna Rada was one of the year’s pleasant surprises. The anti-corruption component of social and political life turned out to be fairly hypertrophied. The Prosecutor General's Office charged Viktor Yanukovych with high treason and confiscated more than UAH 50 billion from his team. The state boosted its efforts to win minds of its citizens.

It is unlikely that anyone today will undertake to predict when peace will finally come to Donbas and when Russian "curators" and numerous "soldiers of fortune" from various regions of the Russian Federation will withdraw from eastern Ukraine. The outbreak of hostilities in early 2017 did not lead to significant changes along the line of demarcation, while our troops managed to regain several settlements in the gray zone on the Svitlodarska Duha bulge, and in late December Russian proxies "remembered" that they had Grad MLR systems in their arsenal. Discussions on the prospects for the deployment of UN’s "blue helmets" have come to a standstill of geopolitical interests. The 73 for 233 prisoner swap was the largest one since the beginning of conflict and laid seeds of hope for the safe return of all Ukrainian nationals kept in militant captivity. Deliveries of (not only) American defensive lethal aid became possible due to the sustainability of the Ukrainian Armed Forces in Donbas and Petro Poroshenko’s foreign political efforts.

One of the main events in the country’s economic life was connected with Donbas - the blockade of transport communication with the occupied areas and a cut-off of economic ties with temporarily uncontrolled territories, which cost Ukraine about 1% of GDP. Against the background of general indicators of economic growth in 2017, the loss was quite impressive. The government risked doubling the minimum wage, despite fears voiced by a number of economists, and this step is likely to allow the country to rise from the bottom spot among European states in terms of average wages. Another positive change this year was a marked increase in the efforts on road repair and construction throughout the country. 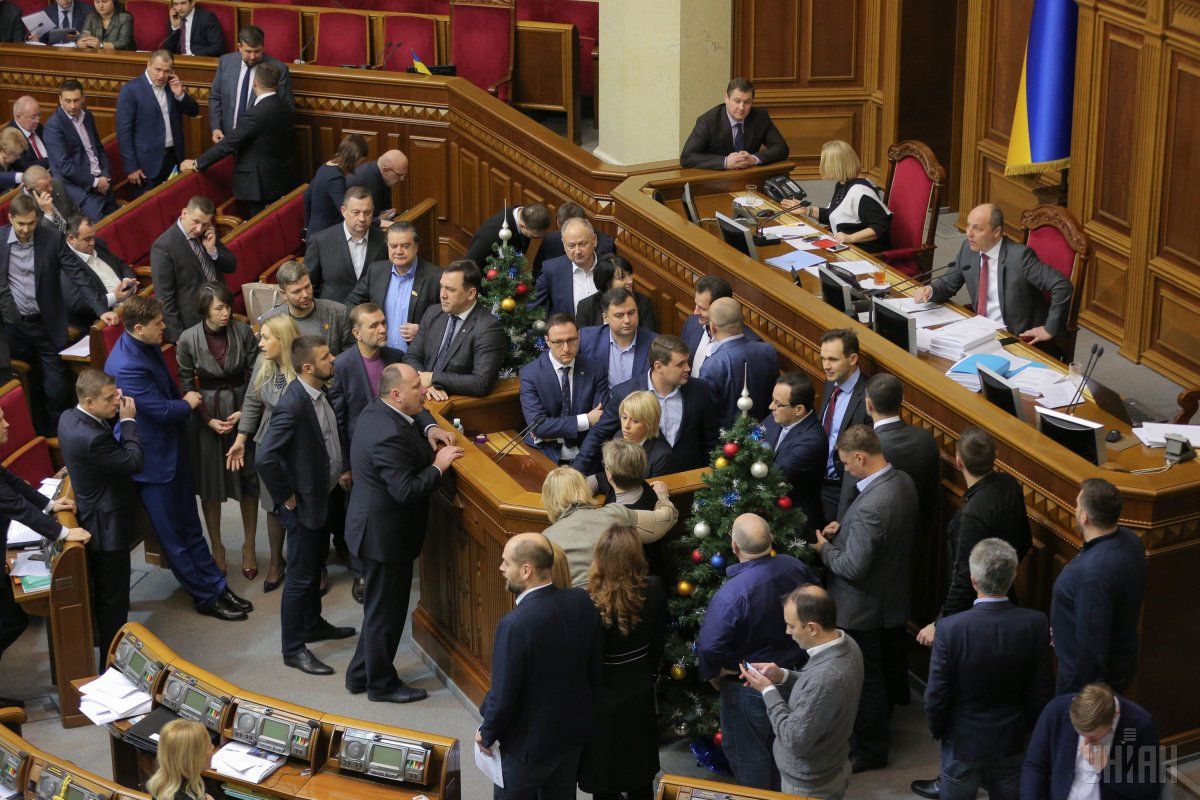 The confrontation between the government and opposition in the political sphere has not turned into a fight for holding early parliamentary elections with an eye to initiating the presidential race. It seems that a kind of consensus has emerged among the political elites to refuse to speed up the holding of a double election campaign. The mosaic of ratings throughout the year was quite variegated, with a clearly noticeable lack of new faces. The appearance in the presidential rating of a rock band leader and public figure Svyatoslav Vakarchuk, who did not declare his participation in the future struggle for the country’s main post, looks like the embodiment of the delayed hope for the strengthening of the role of new faces in the big Ukrainian politics. 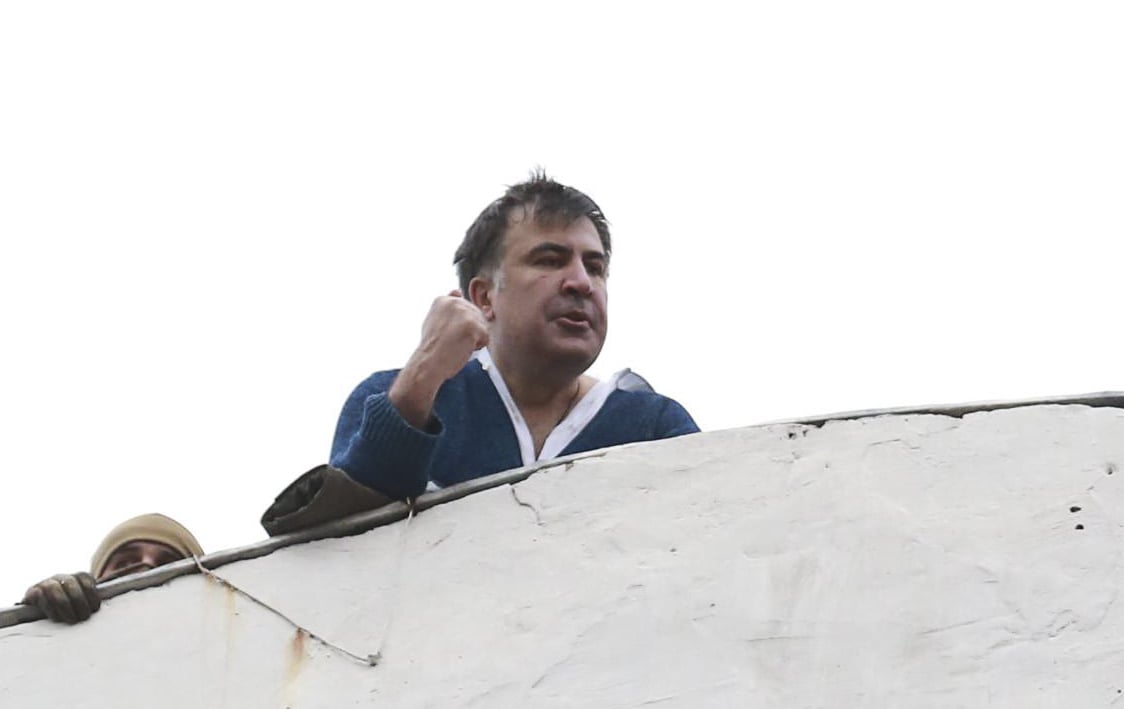 The adventures of Mikheil Saakashvili after he was stripped of the Ukrainian citizenship deserve a separate novel. The former president of Georgia, who in November 2016 left the post of head of the Odesa Regional State Administration, desperately tried to attract public attention to his persona, which not always worked in his favor. So the transformation of the rally "For a Great Political Reform" into a one-man show and the vicissitudes of his relations with the law enforcement bodies, as well as the "dangerous ties" of Saakashvili's allies with a fugitive oligarch Serhiy Kurchenko have all hurt the politician’s reputation rather than helped it recover. The leader of the "Movement of New Forces" with his actions and statements more and more resembles the New Year fireworks claiming the status of a lighthouse. 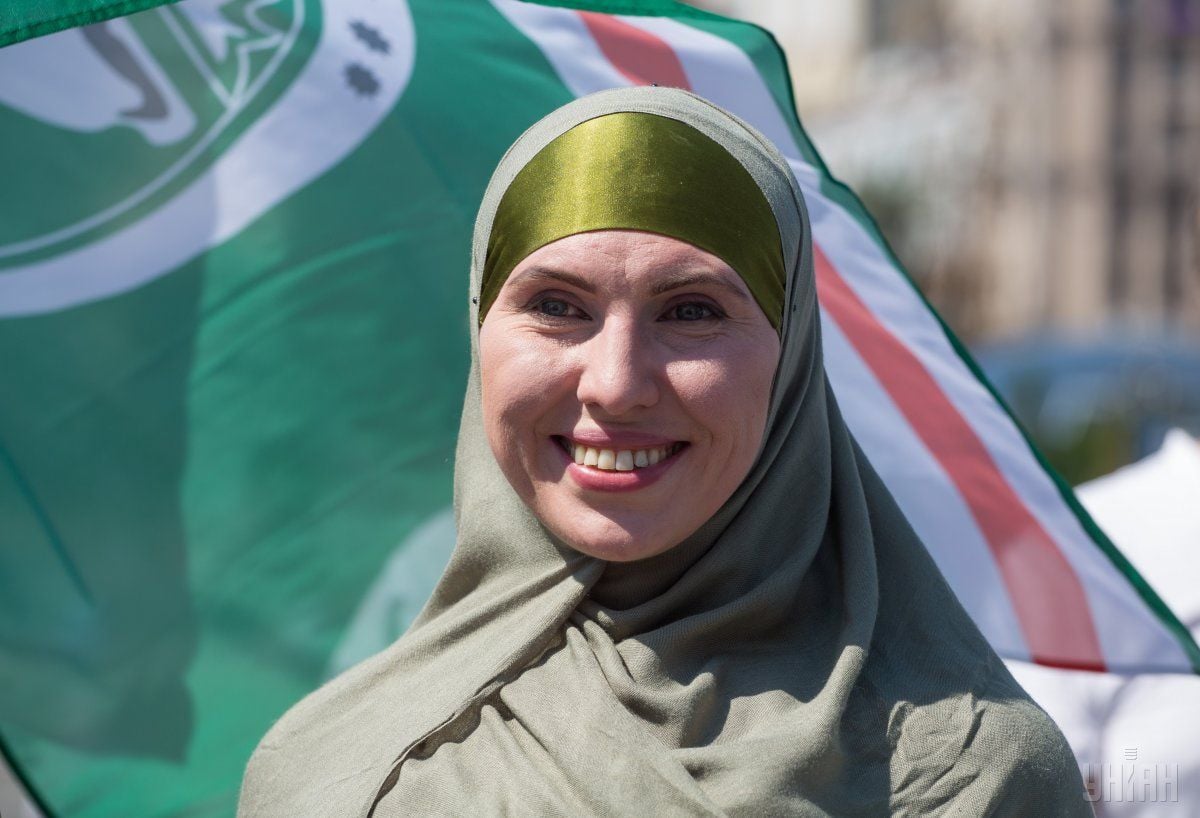 It is also necessary to recall the losses of the past year. Car explosions took lives of a counter-intelligence operative Oleksandr Kharaberiush in Mariupol and an intel officer Maksym Shapoval in Kyiv. These brazen assassinations show the new levels of Ukraine’s hybrid conflict with Russia. The attempt on Amina Okuyeva, the second one in several months, has unfortunately reached its goal, while her husband Adam Osmayev managed to survive the attack. A Ukrainian cleric Lubomir Guzar's death emphasized how people are left in modern Ukraine with the high level of moral authority.

The Verkhovna Rada, deservedly criticized for its low efficiency, made quite a feat in autumn of 2017, adopting a new law "On Education" and shifting forward pension and healthcare reforms which the state has been failing to address since the proclamation of independence. These decisions are of particular value in the conditions of secrecy around the parliamentary coalition - the list of names of coalition members never became public throughout the year.

The situation around the National Anti-corruption Bureau and the National Agency for Prevention of Corruption remained in a public focus throughout the year. While Artem Sytnyk’s NABU can claim as its victories the detention of Mykola Martynenko and Roman Nasirov, as well as an "amber case" involving MPs Boryslav Rozenblat and Maksym Polyakov and a “police backpacks case” of Avakov Jr, Natalia Korchak's subordinates in NAPC have nothing to really brag about: verification of electronic declarations of assets was neither large-scale nor effective. The anti-corruption rhetoric has actively been used for political pressure on government, and it will become even more noticeable in the coming year. We are yet to see in 2018 the first steps of the newly-established State Bureau of Investigation.

The Prosecutor General's Office, whose relations with NABU are far from perfect, not only initiated the trial in the Viktor Yanukovych’s treason case but also confiscated more than UAH 50 billion from the accounts of his entourage in Oschadbank - the move which openly irritated professional anti-corruption figures.

In the fourth year of the hybrid confrontation with Russia, Ukraine boosted its efforts aimed at winning the minds of its citizens. In May, the use was restricted of Russian social networks and online search engines. The Ukrainian language gradually becomes dominant on national radio stations, while Cyborgs, the action movie about the battles for the Donetsk Airport, grossed best among other Ukrainian films in 2017.