Crimea Gets New “Rules of Life”

Almost a month after a pseudo-referendum in Crimea and annexation of the peninsula by Russia, Verkhovna Rada has passes a revised law on ensuring the rights and freedoms of citizens in the temporarily occupied territory. Law signed by Turchinov this Monday.

On March 17, Russia recognized the results of the Crimean pseudo-referendum, and Russian President Vladimir Putin immediately signed the law on the adoption of the Crimean Republic in the Russian Federation. After that, the Russians felt at home on the annexed territory and started setting their own order and rules of life, meanwhile four bills on the legal regime of a temporarily occupied territory were registered in the Verkhovna Rada of Ukraine. While all four were, to put it mildly, not perfect, on March 20, 276 deputies supported in the first reading the bill № 4473-1, written by the head of the faction "Batkivschina" Sergei Sobolev .

The adopted draft provided for absolutely draconian norms toward Crimeans, including serious restrictions on entering and exiting Crimea. The draft referred to the fact that the citizens of Ukraine, foreigners and stateless persons shall not enter the territory without a special permit. A violation of this regulation could result in three to five years’ imprisonment and confiscation of vehicles. 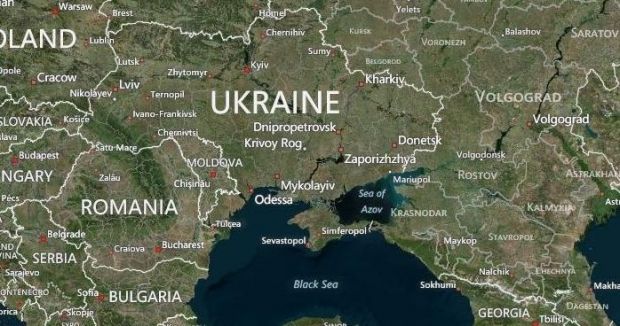 It was proposed to criminalize the disposition of property under Russian laws / maps.nationalgeographic.com

Also a ban would be established on any property transactions and, in general, any commercial activity. This meant that those Crimean residents, who chose to move to the mainland, selling their houses in the Crimea under Russian law, would become violators of Ukrainian laws. And they would be sentenced to a three to six years’ imprisonment for the conclusion of such transactions. Also, the entrepreneurs from mainland Ukraine could forget about business relations with Crimean colleagues. 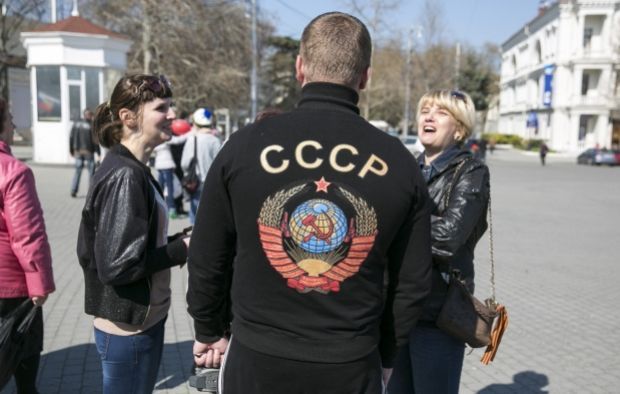 The harshest part of Sobolev’s draft was a measure on collaboration with invaders. For Crimeans, such activity, detrimental to Ukraine’s state interests, would result in imprisonment for up to 15 years.

Naturally, neither citizens, nor Ukrainian and international experts got along with such interpretation of “ensuring the rights and freedoms”. In particular, having analyzed the draft, the leading scientific and expert department of the Verkhovna Rada issued a conclusion that the draft requires coordination with international law and examination by the Venice Commission.

In its turn, UNHCR noted that proposed restrictions may complicate or even make it impossible for many people to visit family members, receive medical care, or dispose of the property in Crimea. The experts also noted that the definition of "collaborationist activities" in the draft is too vague. A penalty for violation of the law is stated as excessive. 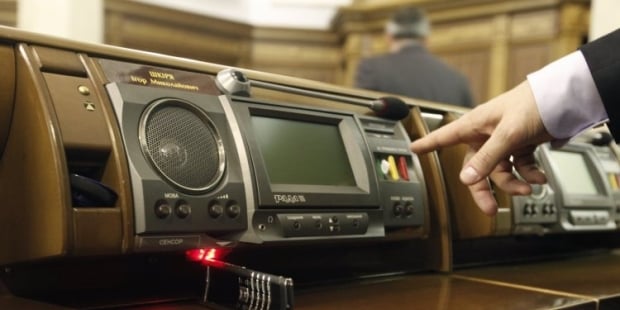 MPs who were elected in Crimean constituencies by a majority vote, did not attend voting for the law on Crimea

At this time the bill was supported by 48 MPs less than in its first reading in March. It is noteworthy that almost all MPs that were once elected in Crimean constituencies exclusively due to Crimean voters, were absent in the session hall during the voting. The only exception was the MP Julia Liovochkina, who won the 2012 elections in a Crimean single-mandate constituency number 6. However, besides the mentioned category of MPs, some other “guardians” of the rights of the Crimean people have also failed to vote, such as Inna Bogoslovska, who has spent quite a lot on putting up billboards on the peninsula during the 2010 presidential campaign.

Anyway, there were still enough votes to pass the bill which defines the status of the territory that is temporarily occupied as a result of armed aggression of the Russian Federation, establishes a special legal regime in this area, but does not solve all the problems of the Crimean people . However, according to Valeriy Patskan, head of the Parliamentary Committee on Human Rights and Ethnic Relations, the MP from faction “UDAR”, the bill was improved significantly before its second reading. All ministries and departments, as well as the Commissioner for Human Rights, took part in revising the bill in order to provide maximum protection for the Crimean population under occupation. “The lawmakers proposed 272 amendments, and they were all taken into account. The Committee also considered edits and comments from international organizations, such as the International Organization of Migrants and UNHCR ,” said the MP.

As a result, measures against collaborationism were excluded from the bill. Besides, MPs expelled from the original text of the bill a notion that property ownership could only be enforced in case of inheritance or bequeathing. The provision, prohibiting transactions with real estate, was also excluded. In particular, this applies to the Crimeans who temporarily moved to the mainland, regardless of whether they get a refugee status or any other special legal status. The only caveat is that such transactions shall be settled exclusively in accordance to Ukrainian laws, and the acquisition or termination of ownership must be executed outside the occupied territory. If transactions are carried out under Russian laws, they will be deemed void (null), which means “having no legal effect”. As explained by the Minister of Justice Pavlo Petrenko, this is done in order to “prevent a violation of the rights of Ukrainian citizens”. “It is possible that bogus procedures for alteration of ownership will be carried out in Crimean territory,” he said.

Another important revision was the introduction of the amendment regarding the absence of state regulation of business activity on the territory of the peninsula. Thus, Ukraine does not prohibit its citizens to conduct business in Crimea. However, more issues on commercial activity under occupation will be addressed in a separate bill, which will be prepared by the Ministry of Economy.

"We have fundamentally changed and ensured the rights of citizens who stay in the occupied territory, and who move from there ​​... determined the measures for termination of passing military service in military units and law-enforcement agencies located in the autonomy by Ukrainian citizens. We guaranteed the rights of the employees of the judiciary system for transfer from Crimea to mainland Ukraine and provided for reappointment of judges to other courts,” said Valeriy Patskan.

Also, he said that the additional Article 12 was introduced to the bill at the suggestion of the Ministry of Justice. The article regulates territorial jurisdiction for court cases concerning Crimean courts.

“This way, we provide a legal mechanism of regulation for our citizens to have the right to appeal to the European courts in the future,” said Patskan. 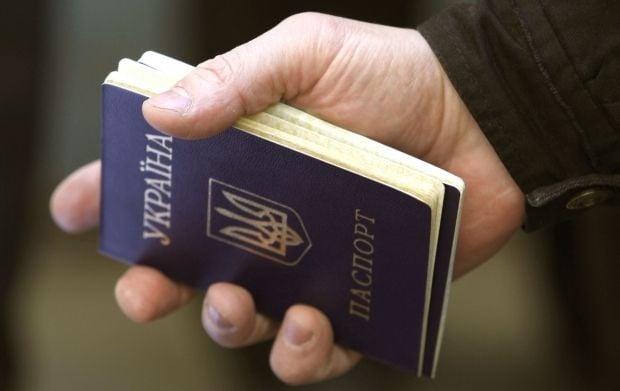 Ukraine does not recognize forced change of citizenship / Reuters

Verkhovna Rada supported the amendment, according to which "forced admission to citizenship of another country is not recognized by the Ukrainian legislation." It is known, the Crimeans were warned in March that, even if they did not apply for Russian passports in time, they were automatically become Russian citizens since April 18.

However, there were many people in the autonomy, who wished to retain the right to determine which country's citizens to be. And, despite the fact that the representatives of the Federal Migration Service of Russia reported on the failure of small amounts of refusals to obtain a Russian passport, hundreds of Crimean residents stormed the local offices of the Federal Migration Service daily, in order to secure their Ukrainian citizenship.

In order to keep the statistics looking good, migration officers would invent more and more new regulations for rejecting Russian citizenship. For example, at first, one needed to send the relevant documents by mail, then, this rule was abolished that personal presence was declared necessary. And, although the offices lacked the application forms, the FMS witnessed queues of hundreds of people. As a result, the obstinate Crimeans were intimidated with the notion that the deadline for filing an application for rejecting Russian citizenship would not be renewed.

According to the deputy head of the Presidential Administration Andriy Senchenko, “Russia uses compulsory citizenship as a factor of psychological pressure on the citizens of Ukraine.” Therefore, a person living in Crimea, who has not lost the Ukrainian passport, will be considered a citizen of Ukraine, even if such person was forced to get a Russian passport due to professional necessity or under the influence of other circumstances.

However, the MPs have yet to explain how to keep records of such "dual citizenship". But they did support the measure of free and unrestricted entering and exiting Crimea for Ukrainian citizens. Crossing the “border” shall be granted upon presentation of the document confirming the citizenship of Ukraine. “A special permit will only regulate entry and exit of foreigners and stateless persons,” explained the MP Volodymyr Pylypenko.

In his turn, the leader of the "Batkivschina" Serhiy Sobolev clarified that entry and exit is granted to all Ukrainian citizens, not only Crimean residents.

The law also guarantees social benefits, including pensions and payments for unemployment, on the condition that the citizens in the occupied territory of Ukraine refused to receive similar payments from the Russian Federation.

A Single Law Can Not Address All Issues

Unfortunately, despite all efforts of Ukrainian MPs to support Crimean residents, Ukraine still cannot safeguard some of their rights in the occupied territory. For example, Crimean residents will not be able to vote in elections and referendums directly within the Crimean territory. If they want to vote, they may do it only in mainland Ukraine. Again, there is a question of how to deal with “double agents”, holders of both Ukrainian and Russian passports.

Moreover, given the impossibility of protecting the rights and freedoms of persons and citizens in the temporarily occupied territory, Russia, as an Occupier State, is considered responsible for violating the Constitution and laws of Ukraine by the MPs, “in accordance with the norms and principles of international law.” This particularly relates to matters of pecuniary and non-pecuniary damage. And in this law, Ukraine promises to promote the implementation of this norm “by all possible means”.

As the Minister of Justice Pavlo Petrenko puts it, passing of this law is just a first step to help Crimeans. “If some new issues arise in future, we will amend the law,” he promised.