Smite the weak to intimidate the strong. This is how the shooting near Volnovakha in Donetsk region of the 51st Separate Mechanized Brigade, not taking part in anti-terrorist operation, looks.

According to official data of the Ministry of Defense of Ukraine there occurred a number of attacks on units of the Armed Forces of Ukraine in the early hours of May 22nd. But it was near Volnovakha where militants "insidiously attacked from an ambush, opening a massive fire, using firearms, hand antitank grenade launchers and mortars." "Today [May 22nd - UNIAN] around 5am, gunmen of the People’s Republic of Donetsk shot Ukrainian military. They arrived in the cash-in-transit cars of "Privatbank" [which had been stolen earlier – UNIAN], fired grenade launchers and MANPADs, machine guns. There were about 30 soldiers, three APCs or AICs," local journalists quoted one of the witnesses.

By the way, this same witness explained why military had set up a camp near the village, and not within its territory, "they were not allowed to stay overnight by locals." However, such actions of civilians are not about distrusting the Ukrainian army, but about fear - in case of aiding the soldiers, they would get under the "sanctions" of terrorists.

Whatever it was, someone from the locals did "tip" the terrorists of the PRD about the whereabouts of Ukrainian military’s camp. Some media have published information that "a whistleblower" was a Volnovakha resident named Dmitry, who had been an active participant in the seizure of public buildings, erupting PRD flags on them, and who had terrorized the local election commission for Ukrainian presidential elections. He also posted a video with the location of the military near Volnovaha on the eve of the attack on them.

Some Russian media immediately accused… the owner of "PrivatBank", the governor of Dnipropetrovsk region Igor Kolomoyskiy, since the militants arrived at the scene in this bank’s collector vehicles. Moreover, the Russian press-gang were not troubled by the fact that 15 vehicles of this financial institution had been stolen earlier, and that the bank’s security manager Stanislav Krizhanovsky had previously stated that "none brand collector vehicles of the bank operate in the region, almost the entire fleet of our cars had been kidnapped by militants." "It is possible that today, these cars are used by militants from terrorist organizations for armed attacks on Ukrainian military and civilians in the regions of Donetsk and Luhansk," he said.

Meanwhile, Lesya Ganja, the journalist, reports from the scene that, as witnesses said, the soldiers of the 51st Brigade had been shot quite an exemplary manner. "My companion suggested that, obviously, they were mercenaries, who in such way had carried out a model punitive operation against Ukrainian authorities," she said on one of the Ukrainian TV channels. 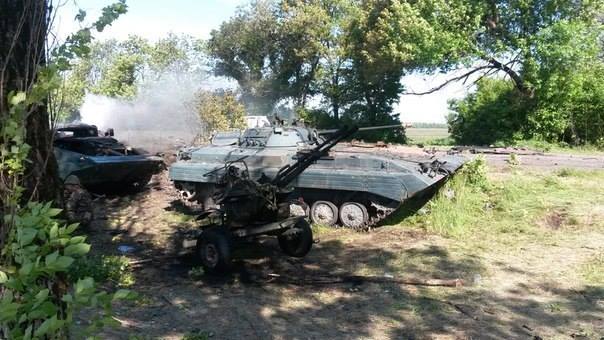 Russian media reported that the soldiers’ killing was commissioned by the Ukrainian authorities / vk.com

Russian journalists immediately took hold of this version, too, saying that some mercenaries killed soldiers from their own army by orders from Kiev’s Government soldiers. This version of a deceitful Russian TV channel "Lifenews" was also supported by a self-proclaimed "People's Governor" of the PRD Pavel Gubarev, who said that "the shooting was carried out by militants from “The Right Sector”... People from the village talked with military that night and spoke of them as of adequate soldiers." 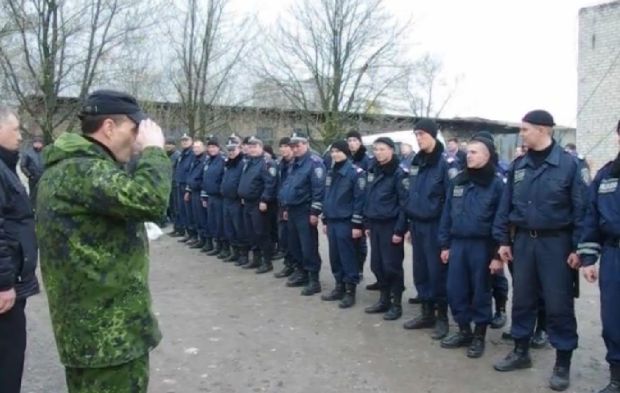 However, later, other Donetsk terrorists spoke out against such an explanation of what had happened. For example, the self-proclaimed commander of the separatists from Gorlovka, nicknamed "Demon", stated that it was his team, which carried out a raid on a Ukrainian military near Volnovakha and seized weapons there. "We destroyed the fascist Ukrainian army roadblock, set up on the soil of the Donetsk republic," he said.

It is worth noting that the PRD terrorists, even defying the "official" position of their "leaders", are really disingenuous, because one can hardly call a Ukrainian military deployment site near Volnovakha "a roadblock". There were neither concrete blocks, common for roadblocks, nor sandbags, trenches and enhanced duty at the location. And they were far off the location of the PRD [a building of regional administration in the center of Donetsk – UNIAN] or hotbeds of active military fighting. 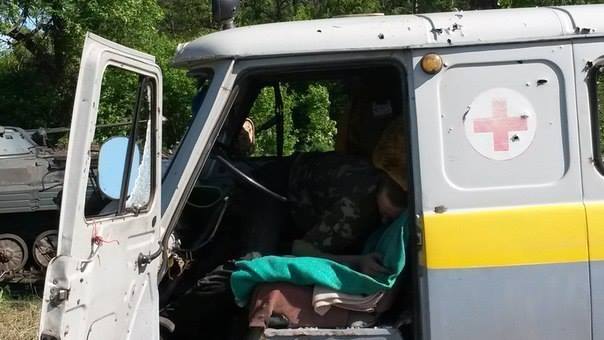 Soldiers have not even drawn out their weapons / vk.com

Exactly this – a distance of more than 100 kilometers from the main hotbed of separatism – probably was a reason for a fatal mistake: soldiers set up a camp out in a field without proper entrenchment, not even drawing out their weapons. They were not going to engage in any warfare…

A Response to Terrorists

The fact that the soldiers of the 51st Motorized Brigade practically did not defend themselves because it does not perform the tasks of ATO was confirmed by the Security Service of Ukraine. According to the head of the SBU Valentin Nalyvaychenko, Ukrainian troops around Volnovakha did not perform the ATO tasks, but had been put there to secure the area on the eve of the presidential election. "The group of saboteurs in three vehicles, who arrived, using civilians as human shields, brazenly shot our military. Foreigners, including Russians, who committed this crime, would be condemned as terrorists under Ukrainian law. Our military did not carry out antiterrorist mission, they provided security to civilians, for them to be able to vote in elections," he said.

However, now, the terrorists and their accomplices in the vicinity of Volnovakha should beware not only possible future litigation. The surviving children of the Volyn Mechanized Brigade intend to avenge their fallen friends. Despite the fact that they are experiencing the need for additional weapons and do not have a sufficient number of body armor, as well as means of essentials as of today, the soldiers are not willing to going home. "If they had not quite understood what they were doing [in the Donbas region – UNIAN], now it is a matter of retaliation for their fallen," - said the head of the "National Alliance", a Volyn resident Maya Moskvich, who is in touch with the soldiers from her region.

The head of the Center for Military and Political Studies Dmytro Tymchuk also confirms readiness of the Ukrainian army to give a full-scale response to terrorists, "Events near Volnovakha, being an unthinkable tragedy, rocked the Ukrainian security services. Statement of the Ukrainian Armed Forces Chief of Staff that "the Rubicon has been crossed", and the army would respond to this massacre terrorists, is just a hint. According to our data, a really large-scale response is being prepared. And it will be no false start. I truly believe that each of our fallen heroes will be avenged. There is no other way."