Is the new Maidan broiling to erupt in November? This is no rhetorical question. The skirmish that various branches of government entered into following a scandalous ruling by the Constitutional Court of Ukraine "to abolish asset declarations" for officials is not only fraught with street protests, it also poses a threat to statehood.

So this is the background to today's scandal. In the summer of 2020, forty-seven people's deputies submitted a motion to the Constitutional Court with a request to declare a number of provisions of the anti-corruption reform unconstitutional. The deputies did not understand the concept of "legal sources of income". And if their lifestyle exceeds legal income, then it is not worth punishing them for this, they believe, because it is completely unclear for what period the income shall be counted, and why it is suddenly deemed "illegal". Not to mention the fact that parliamentarians are convinced that the gathering by the National Agency on Corruption Prevention (NACP) of data on the income of their family members is an interference in private life.

The Constitutional Court considered the motion at the shortest possible terms, and as soon as on October 27 satisfied most of the demands set forward by the people's deputies. For example, the CCU ruled that criminal liability for corruption offenses is too strict a punshment because "such actions are incapable of inflicting significant harm." As for the abolition of vetting of e-declarations and monitoring of the officials' lifestyle, the CCU applied the same kind of argument –illegality of the intervention of the executive branch in the judiciary one. They say that the NACP, controlled by the Cabinet, has no right to control the lifestyle of judges and calculate their income and expenses. This is the prerogative of the judiciary only.

First, on the one hand, the CCU judges are right. The pressure of politicians on judges hasn't stopped throughout the years of Ukraine's independence, under any government. Each president has been trying to carry out judicial reform in one way or another, and often – to his own benefit. And if not everything works well, then the appointment of loyal people to key positions decides a lot. A loyal majority in parliament, a loyal Cabinet, and loyal judges under control (from the Grand Chamber of the Supreme Court to the Constitutional Court) equals quiet usurpation of power.

Also, in fairness, it is worth noting the clumsily-drafted anti-corruption laws. Since they were adopted in a rush, for the sake of "revolutionary expediency", this allowed challenging their norms in the Constitutional Court. And this in turn has led to the CCU ruling that sparked public outrage.

As CCU judges explain, due to the fact that the rules on declarations' vetting are spelled out in such a way that it is impossible to separate certain categories of officials, the court could not ban the NACP to verify judges' assets (as mentioned above, this is the prerogative of the judicial authority). 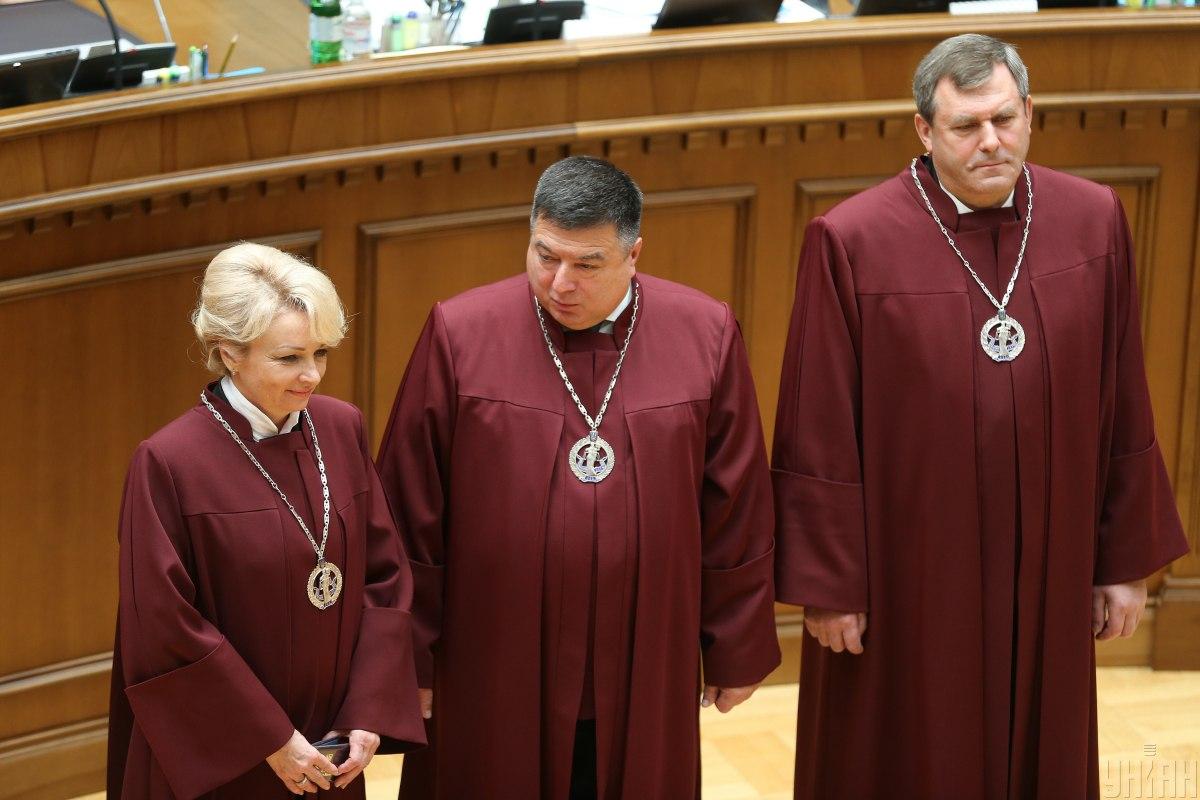 But here one cannot rule out another important aspect – the interests of the judges themselves, who became targets of the NACP due to the untimely asset reports or filing inaccurate data in their declarations. According to the Schemes investigative project, the chair of the Constitutional Court, Oleksandr Tupytsky in 2018 became the owner of a land plot in the occupied Crimea. The deal was formalized in accordance with Russian laws. But his annual asset declarations for 2018 and 2019 did not reflect the acquisition deal...

Also, as noted by lawyers, the Constitutional Court has exceeded its powers and got into regulating an area it has no jurisdiction over. It's about recognizing unconstitutional Article 366-1 of the Criminal Code "Inaccurate asset declaration." Recall that the Constitutional Court said that false data in the declarations "inflict no significant harm" to society, state, individual, or legal entity. Therefore, they state, this norm is not so socially threatening as to be considered a crime.

Separately, it is worth recalling that the work of anti-corruption bodies in Ukraine is part of our international obligations. Therefore, it is not surprising that the decision of the Constitutional Court caused great concern in the European Union.

"The decision calls into question a number of international commitments which Ukraine assumed in relation to its international partners, including the EU. We urge the Ukrainian authorities to take steps to reinstate as soon as possible the necessary conditions for the effective functioning of the anti-corruption system in Ukraine, in compliance with the Constitution of Ukraine," the EU Delegation to Ukraine said in an exclusive commentary to UNIAN. 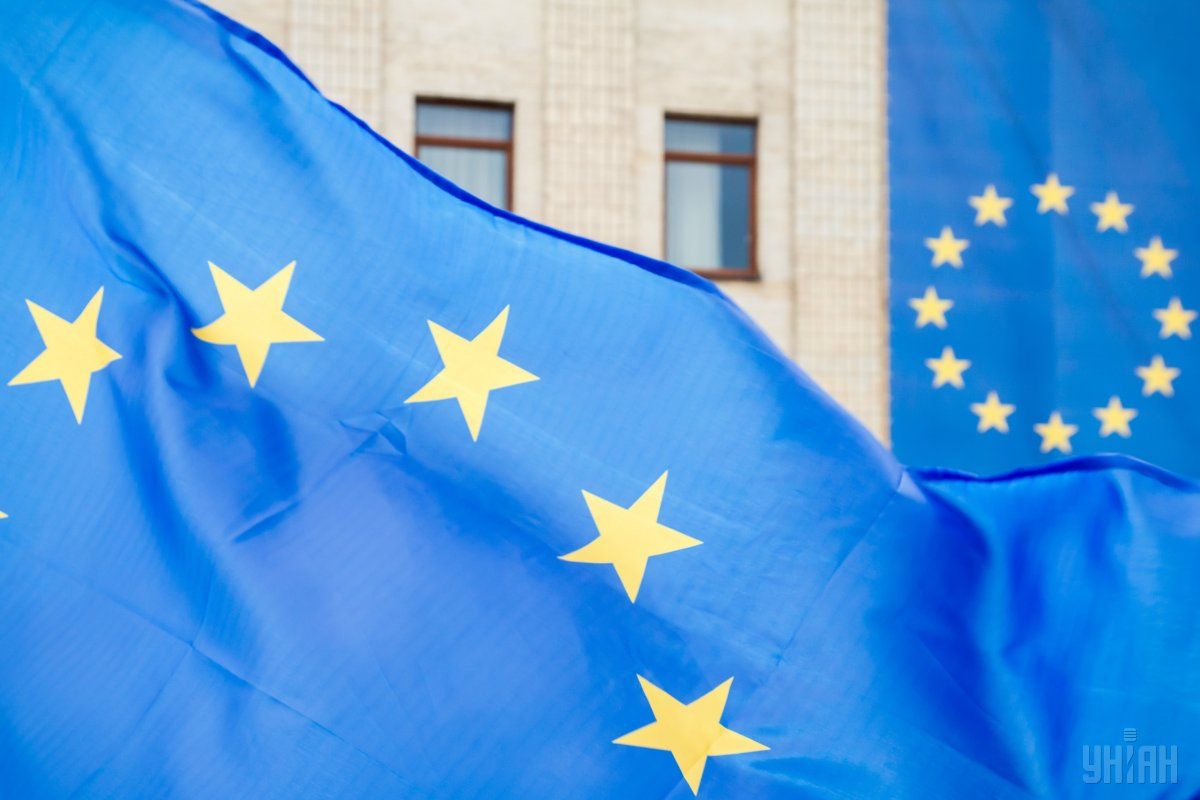 Unfortunately, instead of trying to resolve the situation efficiently and as painlessly as possible (this, however, requires strategic thinking, knowledge of legislation, and a will to delve into legal nuances), President Volodymyr Zelensky has gone south. Instead of analyzing anti-corruption laws as regards their constitutionality and ensuring the necessary changes passed in Parliament (with a majority in the Verkhovna Rada, it wouldn't be difficult), the head of state decided to disperse that very composition of the CCU that last year allowed him to disperse the previous parliament convocation. So, he submitted to Parliament a bill "On the Restoration of Public Confidence in Constitutional Proceedings."

For some reason, the bill offers Parliament (not the law enforcement agencies, as it should be, according to the Criminal Code) to recognize that the CCU judges have committed criminal offenses – issuing an unjust ruling, attempting to overthrow the constitutional order and seizing state power.

And the question isn't only that fighting the CCU's unconstitutional ruling by unconstitutional means would mean admitting that the end justifies the means. It's also about the fact that compromising the country's judicial system (of course, not without the "help" of the odious judges) entails plenty of other issues: from the distrust of Ukrainians in the judiciary to the unwillingness of foreign investors to do business in Ukraine, since it would seem impossible for them to protect themselves and their assets in Ukrainian realities.

Is there a way out of the situation? There is one. But to this end, all parties should just calm down, take a deep breath, and refrain from any hasty steps so as not to make things worse. Unfortunately, there are fewer prerequisites now for a reasonable maneuver, it seems.