From time to time, officials and politicians remind of what every Ukrainian is subconsciously aware – not all Ukrainian citizens have single citizenship. Many times, the authorities undertook to address the issue, but so far nothing has been done in this regard. Now they launched a new attempt to fix things.

At one of the recent meetings of the National Security and Defense Council, which the country has recently been following as a fascinating television series, NSDC Secretary Oleksiy Danilov said dual citizenship would be prohibited in Ukraine. The Cabinet of Ministers now has two months to submit a relevant bill to the Verkhovna Rada.

The reason for this statement is simple – there are too many officials in the country, including those of the highest rank, who have more than just a passport with a trident on the cover. Therefore, according to Danilov, "If someone wants to be a people's deputy, a minister, to work in local government bodies ... if they have another citizenship, then they must report it and renounce that other citizenship." In the meantime, until such legislation is adopted, the NSDC secretary advised those who hold more than one passport "to get rid of another citizenship in the near future, not to expose themselves to any trouble."

It's mainly about politicians and officials, not ordinary citizens, officials argue. Indeed, according to Foreign Minister Dmytro Kuleba, Ukraine intends to approve a liberal policy regarding dual citizenship.

“We plan to allow dual citizenship with the EU countries, with countries that are friendly to us ... There is an exception – an aggressor state, there can be no question of any dual citizenship there," he said at a recent briefing.

This step, the minister believes, will unite millions of Ukrainians around the world and contribute to their integration into other countries' societies. At the same time, this doesn't apply to government officials or legislators: "There will be a different policy and a number of restrictions will be established to prevent abuse ... If you have several passports, do you have the right to be a member of parliament? Can you be a minister? .. In such a position, a person must be a citizen of one country – Ukraine."

On the one hand, there's a certain demand among Ukrainians for dual citizenship. First, representatives of the diaspora are really interested in this. After all, permanently residing in the EU or, say, in Israel, while having two passports, it's only in Ukraine where they are considered Ukrainians. And for some, such identification is truly important.

Secondly, despite various boogeyman stories of separatism, residents of the border regions, Bukovyna and Zakarpattia, who (and this has long ceased to be a secret) also hold Romanian and Hungarian passports, don't want to part with their Ukrainian passport either. Since 2010, in Hungary, a law has been in effect that simplifies the procedure for obtaining citizenship by ethnic Hungarians living abroad. According to some reports, already five years ago, more than 100,000 Zakarpattia residents had received Hungarian citizenship by this procedure ... 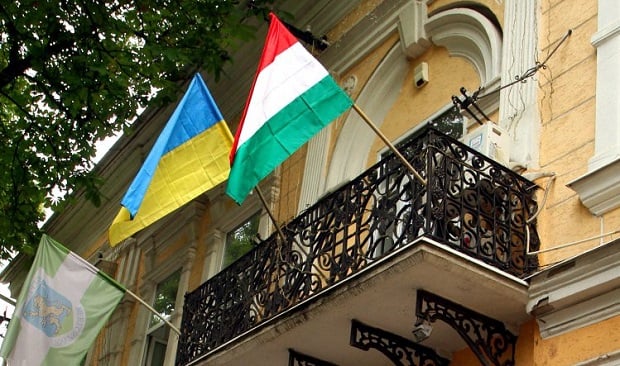 On the other hand, according to a survey conducted in early March by LibertyReport.ai, only 54% of respondents are unequivocally in favor of dual citizenship. At the same time, only 17% of the Ukrainians surveyed support the idea of ​​dual citizenship for all Ukrainians without exception. 29% of the survey respondents were categorically against granting second citizenship to civil servants.

Sociologists note that this may be due to people's general distrust of state institutions and the authorities in general. Ukrainians express fears that dual citizenship may stimulate civil servants to siphon embezzled funds to their foreign accounts or hide from Ukrainian justice.

No punishment for another country's passport...

The Ukrainian realities are such that people in power who also happen to hold passports of other countries seem to have nothing to fear.

For example, Vasyl Lendel, whom in 2016 the then-governnor of Zakarpattia region Hennady Moskal demanded to sack over Lendel's Hungarian passport), still remains in office.

Being a holder of a Lithuanian passport didn't become an obstacle for Aivaras Abromavicius to complete his two-year term as economy minister. Moreover, even the official confirmation of the Lithuanian government about Abromavicius' failure to renounce his Lithuanian citizenship didn't affect his appointment as CEO at Ukroboronprom, Ukraine's strategic defense concern...

There was also a breaking report about the ex-tax chief Roman Nasirov: in 2017, the Specialized Anti-Corruption Prosecutor's Office announced that he had two "extra" passports – a British and a Hungarian one. And although British law enforcers have confirmed the report about Nasirov's British citizenship, the SBU failed to do the same. As a result, in 2019, the former tax chief even ran for president.

The previous president, Petro Poroshenko, and the deputies of the previous convocation of the Verkhovna Rada tried to change the situation. In the spring of 2017, a bill was registered in parliament on punishment for people's deputies and civil servants over their dual citizenship. The then speaker of the Verkhovna Rada, Andriy Parubiy, said that the working group had developed liability mechanisms for persons with dual citizenship: "If someone has two citizenships, they shall not hold high positions in the Ukrainian state, and accordingly, there should be a mechanism for recalling such persons."

But the bill was never meant to become law – being slammed with massive criticism from all directions. 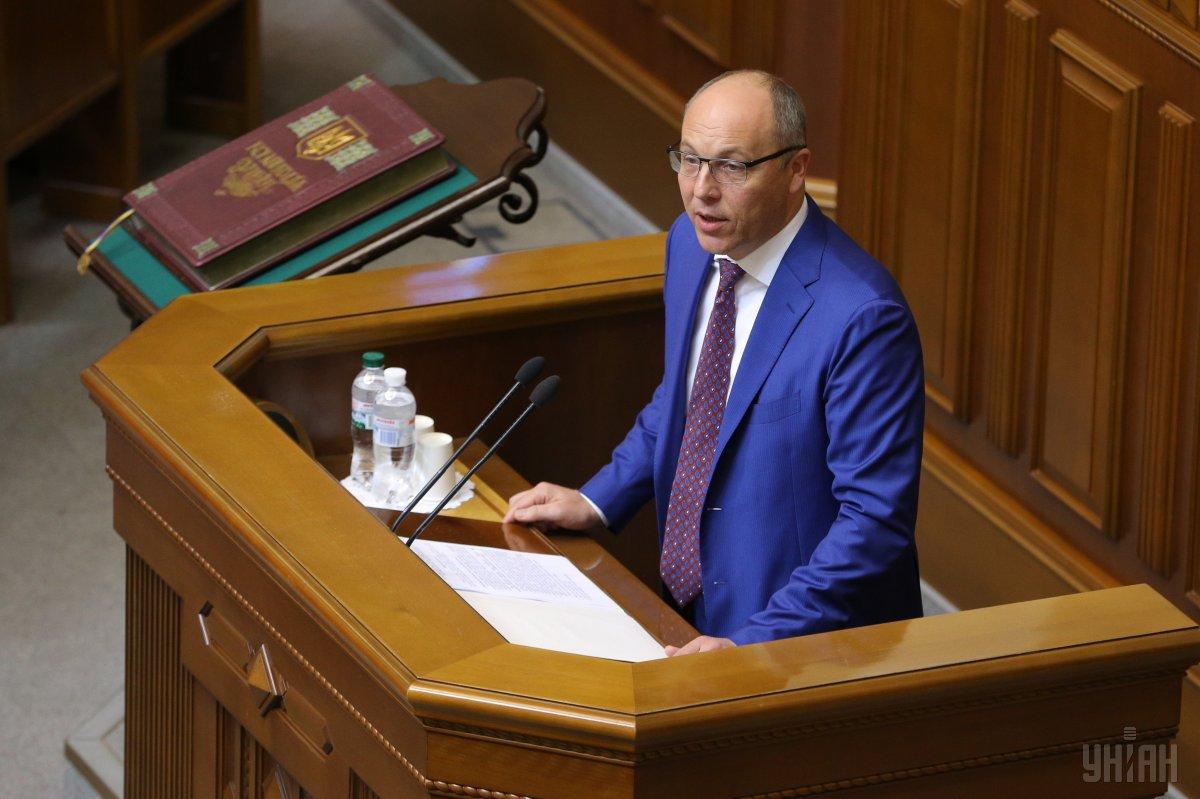 Last year, Volodymyr Zelensky tried to repeat his predecessor's deed, but his bill was full of the same mistakes as the 2017 version, so it remained in the bowels of parliament without turning into actual law.

Mainly, the fact is that even without any special legislative act, the existing laws prohibit high-ranking officials from holding passports of other states.

In addition, Law On Civil Service explicitly prohibits to employ Ukrainians who hold another citizenship. And if a civil servant receives a passport of another country, this entails immediate dismissal (Article 84 of the mentioned law).

However, as mentioned above, no punishment has been established in Ukraine for violating these norms.

What the "Servants" are now offering

Thus, co-authors of Bill No.4640, MPs with the Servant of the People faction Oleh Dunda, Oleksandr Alikseichuk, and Dmytro Mikisha, propose to amend the law "On Citizenship" and allow Ukrainian citizens to obtain citizenship of another state without losing their Ukrainian one. In parallel lines, the draft law is set to enable foreigners to obtain a Ukrainian passport without renouncing their basic citizenship.

Also, the bill mandates declaration of another citizenship and introduces a register of Ukrainians who also hold citizenship of other states. Moreover, violation of deadlines for reporting the holding, obtaining, and termination of foreign citizenship, or provision of deliberately inaccurate data, is suggested to be fined (Bill No. 4642) from UAH 340,000 to UAH 510,000.

And the third bill, registered in the Verkhovna Rada late January, No. 4641, lays down criminal liability for failing to report own citizenship of the aggressor state, which is Russia. This could be punishable by imprisonment from two to five years.

"There's a clear signal for the state apparatus: to finally decide which country's interests they represent in the government,” says a co-author of the draft laws, MP Oleh Dunda.

However, Verkhovna Rada Chair Dmytro Razumkov speaks against such changes. He draws attention to the fact that, speaking of legislation on citizenship, it's not the laws that should be changed but the Constitution. "If we change the basic law of Ukraine, this is one story. If we start changing laws that are below the Constitution, this is a completely different story," he said, adding that the introduction of dual citizenship in Ukraine "may have more negative implications than positive ones." 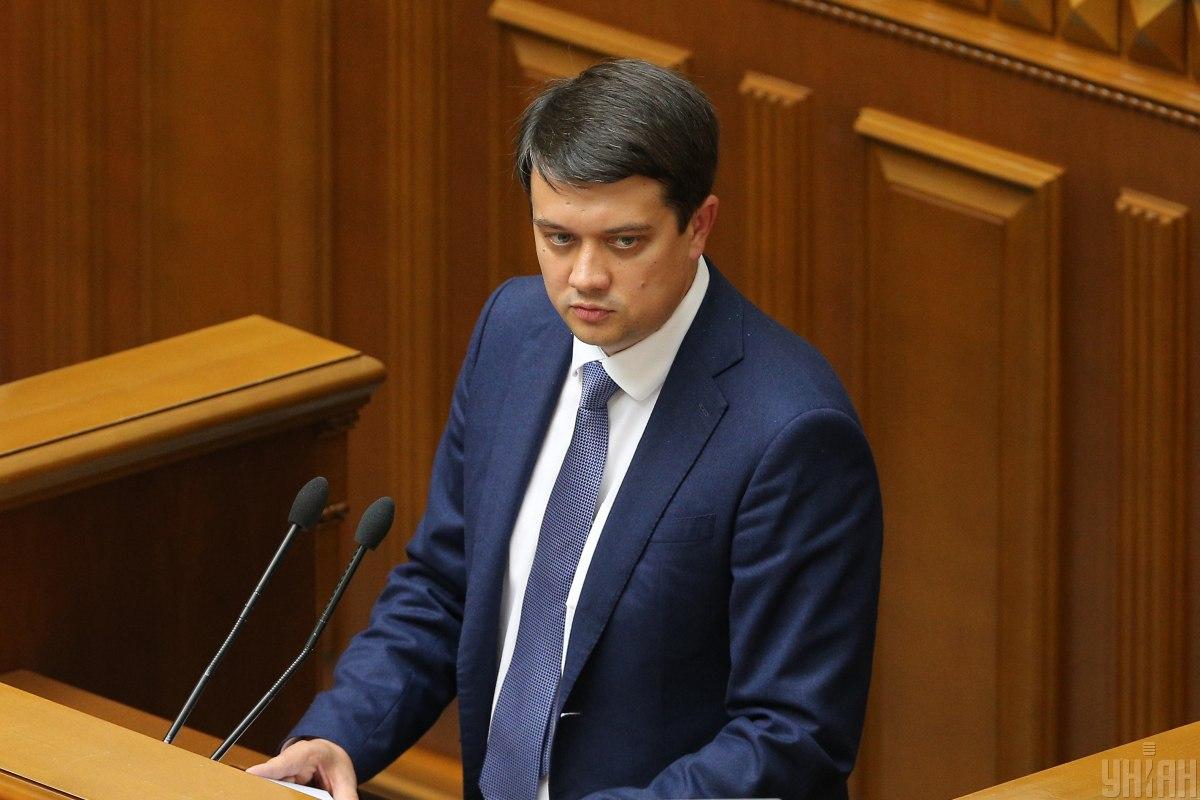 "To introduce dual citizenship, it is necessary to make appropriate changes to the Constitution of Ukraine. And the procedure is, to put it mildly, not so easy," lawyer Volodymyr Pyshchyda has told UNIAN. "As for the mechanism for identifying dual or multiple citizenship in Ukraine, which is now being developed by the Cabinet, we can only speak about the initiative of compulsory declaration of second citizenship, which, most likely, will not help much in screening out candidates for government positions with foreign passports in their pockets."

According to him, today there is no clear understanding of the mechanism of how exactly the authorities intend to identify holders of multiple citizenships. And the only active mechanism in identifying multiple citizenships is reporting by vested interests. This "mechanism", however, is already available, without any additional laws required.

It's too early to talk about real levers of influence on Ukrainians holding two or more passports. "Multiple" citizenship holders are safe so far. At least the next six months.