Crime without punishment: Why corruption is flourishing in Ukrainian universities

The public has been raging in social networks throughout the weekend over the court ruling lifting a suspension from post head of a Kyiv-based medical university Kateryna Amosova. At the same time, cases are not uncommon in Ukraine when courts take the side of rectors, deans and professors who were not just involved in scandals and fights with government officials, but were caught red-handed in blatant corruption acts.

For several weeks, Ukraine has been following a scandal in the medical university, where, against the backdrop of the need for students to be independently assessed via a "Krok" testing system, the university board and the Ministry of Health got into an irreconcilable fight. Recently, the rector of the educational facility, Kateryna Amosova, who was suspended from office on February 20, was reinstated by a court ruling, which sparked a wave of indignation among the supporters of the health ministry. At the same time, in Ukraine cases are not uncommon, when courts take the side of rectors, deans and professors who were caught in blatant corruption acts. Even some show-off arrests, followed by bright news headlines, gradually turned into a long litigation process, and, in fact, ended with the fact that as soon as the hype subsided, bribe-takers got away with everything.

The Ministry of Education and Science does not deny this pressing problem. But officials refer to law enforcement bodies, claiming it's them who could update the press on stats on criminal cases launched and arrests made, and it's Ukrainian courts who are to hand down verdicts.

If we monitor the reports of the press offices of prosecutor's offices across Ukraine, it turns out that bribes in educational facilities are recorded almost on a monthly basis. And the sums of bribes (demanded both by lab assistants and professors, department boards and deans) range from UAH 2,500 to $5,000.

A website monitoring violations of the rights of teachers and students in higher educational facilities recorded more than 400 violations in various universities. Almost 41% of them are related to bribe extortion and other types of corruption. Bribe-takers seem to not be spooked off by a rather severe punishment for such an offense - from five to ten years of imprisonment with the ban to occupy certain positions or engage in certain activities for up to three years with confiscation of property.

However, such "fearlessness" can be explained. The thing is that even high-profile detentions do not guarantee a sure "lock-up" of bribe takers. And there are also such egregious cases where, having received a bribe, the offender somehow appears to be clean before the law. UNIAN decided to recall several such stories.

Several fresh stories from the reports of the prosecutor's offices about bribe takers in Ukrainian universities show that you a master's degree can be secured for $300 (head of one of the Zaporizhia-based universities was recently busted in such a case); a diploma and successful passing of state exams in Vinnytsia-based National University (evacuated from Donetsk) will cost a bit more ($500). Late last year, head of one of the branches of the university and department head were caught in a sting operation); while in Kyiv, some $400 will have to be paid for a simple test (a couple of months ago, a professor was fired for such "services" from one of the Kyiv universities). 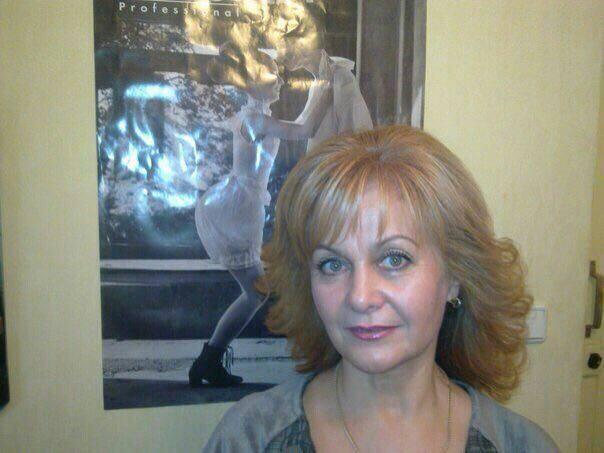 Yarmolenko was detained at an Odesa restaurant / 368.media

For example, a director of the National Institute of the Danube University "Odesa Maritime Academy" Maria Yarmolenko systematically extorted from applicants $300 to $1,500 for corrupt assistance in the academic process. At the end of March 2016, Yarmolenko was detained red-handed in one of the restaurants in Odesa, where she received $900 from an applicant for being enrolling for their junior year in the institute... By the way, after her detention, law enforcers found another $20,000 in her banking cell. That is, this "little business" was more than successful for Yarmolenko.

In April of the same year, the court ruled to arrest her. And, it seems, justice triumphed, if not for a little nuance. It turned out that it was not the first charge pressed against Maria Yarmolenko. In 2011, being the Dean of one of the faculties at the same institute, she took a $500 bribe. Yarmolenko was detained at her office. As a result, she spent ten days in custody, and then released on her own recognizance. The ex-Dean did not admit her guilt though. In November 2012, the Izmail court sentenced a woman to 4 years and 11 months in prison with confiscation of property and a ban on occupying executive positions within three years after leaving the colony. But the Court of Appeal ... acquitted the bribe taker and removed all charges. As a result, Yarmolenko retained her post and even got a promotion...

One of the most high-profile figures, who made a business out of accepting applicants for money, is the ex-rector of the University of the State Fiscal Service (the Tax Academy), Petro Melnyk. In July 2013, he got busted at his office after leaving his fingerprints on marked banknotes having accepted a bribe of UAH 120,000 from two families who wanted to have their kids study at the university. Immediately after the arrest, the previously healthy bribe taker suddenly fell ill. To attend a court hearing on August 1, 2013, he arrived in the ambulance and drove into the courtroom in a wheelchair. 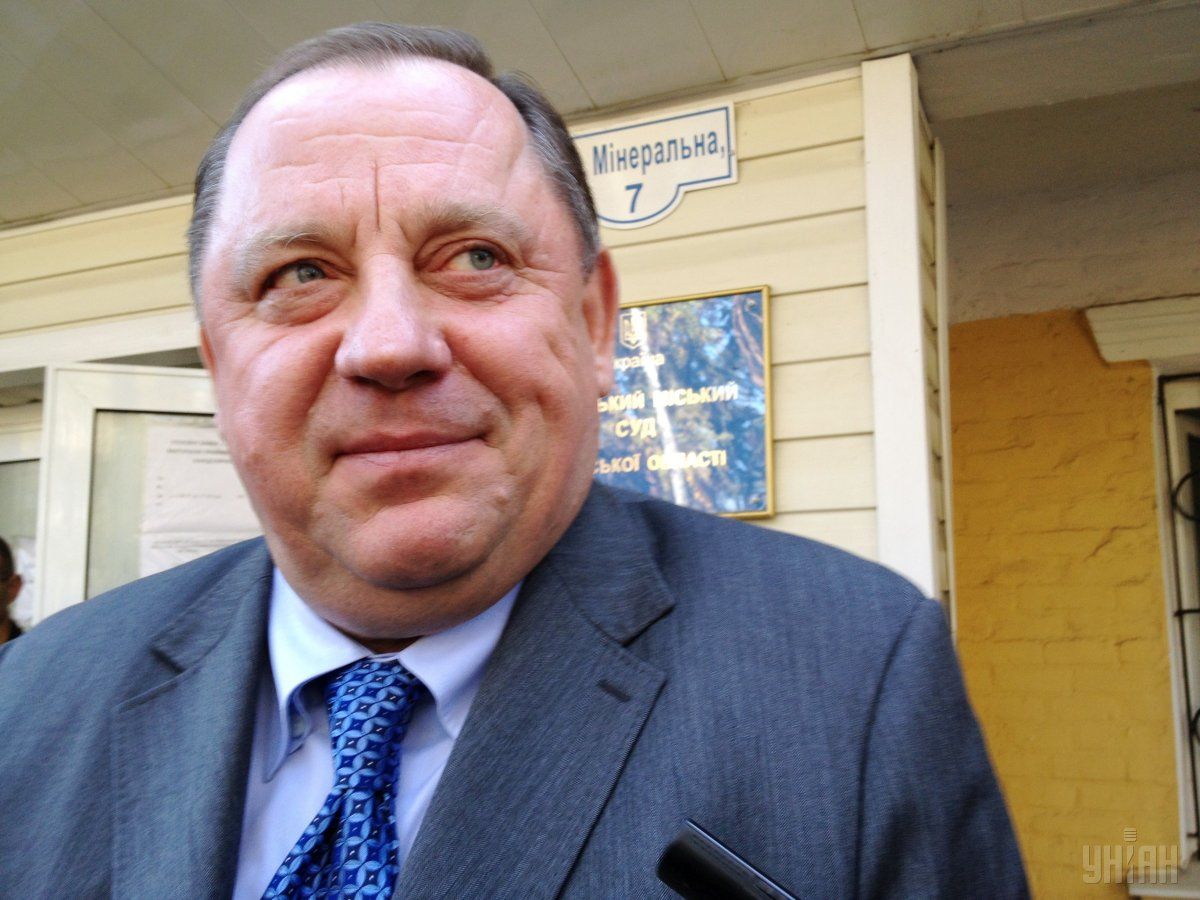 Given Melnyk's "poor state of health," the Kyiv Pechersk district court did not put him behind bars, choosing a 2-month house arrest. And ... the suspect fled on August 9, having got rid of the ankle bracelet. By the way, he is now the first person in the history of Ukraine who managed to somehow remove the bracelet.

The fugitive was put on the Interpol wanted list and has long been hiding abroad. However, after the Revolution of Dignity, he returned to Ukraine. Interior Minister Arsen Avakov in April 2014 reported on his detention at the Boryspil airport. Pechersky court did not repeat the old mistakes and set a UAH 22 million bail. Unfortunately, the Court of Appeal reduced the sum substantially. As a result, Petro Melnyk submitted a UAH 609,000 bail and once again avoided being taken into custody, put under house arrest.

A few months later, in July 2014, the case of Mr Melnyk, who was facing up to 9 years in jail, was transferred to the court of Irpin, the town where the Tax Academy is based. The judge withdrew so the case was forwarded to another court, in the settlement of Borodyanka. About a year later, Melnyk was acquitted and a seizure warrant was lifted off his assets.

It is curious to note that the Borodyanka court in December 2017 found Melnyk not guilty of committing another crime - the illegal sale of four buildings belonging to the state university, which he headed, to a company founded by his wife and son. According to the investigation, they were sold for slightly more than UAH 10 million, although their market value is three times higher, according to experts.

Today, this case is still being heard by the Court of Appeal of Kyiv region...

Business of a Kyiv General

Another case of great public interest is the one of Major-General of the Kyiv Military Lyceum, Daniil Romanenko, who was in July 2013 caught on a $5,000 bribe. Romanenko demanded the sum from one of the applicants from a low-income family. Journalists have unearthed allegations that this was not an isolated case, since parents of other applicants span rumors about the "fees" of $5,000-8,000 to ensure that their kids are accepted.

Criminal proceedings were opened and the Major-General was facing a prison term of 8 to 12 years. Romanenko chose not to testify following the arrest. But just a few days later, he was bailed out for UAH 97,000. The case was forwarded to court in November. In December 2014, Gen. Romanenko was sentenced to three years in prison. But in July 2016, the bribe-taker was released because of ... the prosecutor's error. The prosecutor allegedly made a procedural error in the indictment papers.

Bribes at the National Aviation University

While mediocre corruption-stained professors stick around sums ranging from $300 to $5,000, some heads of universities do not hesitate to take astonishing sums up to hundreds of thousands dollars. One of the most high-profile cases of such level is the scandal at the National Aviation University. In 2016, Acting Rector Volodymyr Kharchenko was detained for demanding a staggering sum of EUR 170,000 from a professor who wished to receive a post in the university. He was detained after receiving a part of the amount, EUR 100,000. Along with the rector, his accomplice was also detained, a lawyer Serhiy Kryzhanivsky. In the course of searches, law enforcers found another UAH 5 million and nine gold bars in the rector's home. Kharchenko assured that he had earned these UAH 5 million on his own. 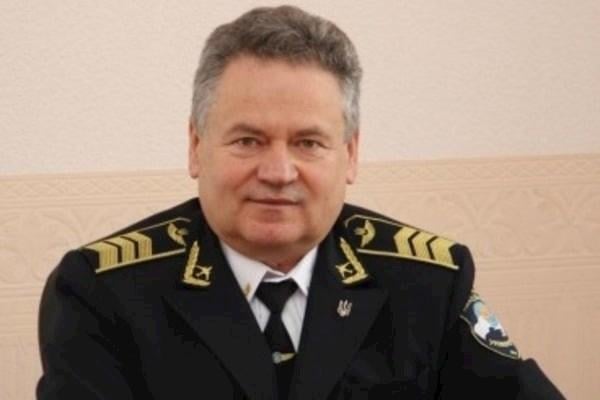 As of today, Kharchenko has not been suspended from office / obozrevatel.com

Immediately after his arrest, Kharchenko and Kryzhanivsky's health suddenly "worsened", rather traditionally for corruption-related cases in Ukraine... For the entire period before the indictment was handed down, both men have stayed at a hospital. Even when the case was forwarded to court, the defendants did not appear at hearings, referring to their poor state of health. Both men were facing up to 12 years of imprisonment with confiscation of property and a ban on holding certain posts for three years after being released...

In September 2017, the Shevchenkivsky Court of Kyiv ruled to put Kharchenko under house arrest, and in December, the Pechersky Court of Kyiv softened the prevention measure to an ankle bracelet. But the most interesting part is that, for some mysterious reasons, Kharchenko has not yet been suspended from thethe post of NAU's Vice Rector.

When a bribe is not yet corruption

If even big fish remain unpunished, it is almost impossible to bring to responsibility those ordinary professors who engage in bribery. The thing is that dirty university staff who do not occupy administrative positions are not considered "corrupt officials". "We do not have a serious punishment for bribery, because very often the money is taken by regular professors, not heads of departments or deans. This is the casuistry of terms in our legislation. If someone has no administrative authority at the university, don't manage a department or are appointed a dean, rector, or pro-rector, their actions are not considered corruption and no real serious penalties are provided. But when the money is taken by a person occupying an administrative position, then this is considered corruption and punishment is more serious. But, frankly, they're all one swarm," says Yehor Stadny, head of the educational policy analysis department at CEDOS.

However, according to him, bribery in universities will flourish until the students contribute to the fight against this problem. After all, students often provoke bribery with "voluntary contributions". "This system exists provided voluntary consent because its roots lie in mutual interest: "My class is completely unnecessary to you, but it is in your schedule, so I will appreciate your gratitude for me assessing you while not demanding to study."

However, there are exceptions to the rules. One of these is the dispute between Yulia Mendel, a graduate student at the Institute of Philology of the Kyiv National University, and her professor Yuriy Kovaliv. In 2016, Yulia wrote an article for one of the European publications, claiming she was forced to bribe her academic adviser. According to the young woman, the professor would not accept her thesis until she put $200 between the pages of her work. The teacher denies accusations and insists that the graduate student slandered him. Therefore, he filed a lawsuit in one of the district courts of Kherson on protection of reputation and requires that Yulia Mendel pay a compensation of $40... The case is yet to see the court's decision.