Will masterminds behind Kateryna Handziuk's murder be found

On Sunday, November 4, Kherson city council official, activist and anti-corruption whistleblower Kateryna Handziuk, who had been doused with acid near her house four months ago, died. Despite all the assurances of high-ranking officials about their “personal control” of the case, law enforcers have not even transferred the case file to court. Should we hope for a fair investigation and voicing the names of not only the executioners of, but also the masterminds behind Keteryna's murder after her death?

The attempt on a Kherson city council official, adviser to the mayor of Kherson and a local public activist Kateryna Handziuk took place on the morning of July 31. Right outside her house, a young man ran up to her and doused the woman with sulfuric acid. The activist suffered severe chemical burns. More than 30% of her body was affected - the head, hands, face, chest, and legs.

Despite this, local law enforcers initially opened criminal proceedings into “hooliganism.” However, the public outcry forced them to re-qualify the crime into an “intentional grievous bodily harm committed with the aim of intimidation.” Later on, the crime qualification finally became more real: “an attempted murder.” But only after Handziuk's death did the police re-qualify the crime as “a premeditated murder, committed in conspiracy, with particular cruelty, and for financial gain.”

In principle, suspicions that local law enforcers will try to drag the case into the oblivion arose not only because of the qualification of the crime. It's not only that Handziuk's friends and other activists hinted at the idea that the Kherson police themselves could be involved in the attempt on her. Moreover, law enforcers initially tried to put all blame on some scapegoat as they detained a man who was not even close to the crime scene on the day of the attack.

Again, the innocent man was not thrown behind bars only because of the public outcry.

In the summer, Prosecutor General Yuriy Lutsenko took the case under his personal control. However, the prosecutor's office did not make much progress in the search for the mastermind behind the assassination. So, on the PGO initiative, the task to find the mastermind was assigned to the Security Service of Ukraine (SBU).

As a result, five people have been identified and arrested in the Handziuk case as of today: the executioners are Volodymyr Vasyanovych, Mykyta Hrabchuk, Vyacheslav Vyshnevsky, Viktor Horbunov, and the organizer is Serhiy Torbin. All suspects except for the latter admitted that they received for the assault on the activist a reward ranging from $500 to $800.

As Handziuk's colleague, head of the Center for Political Studies and Analytics Viktor Taran told UNIAN, at the moment there is a person who calls himself a mastermind behind this crime. “The person who is held in custody in the SBU detention center [Serhiy Torbin] claims he is that mastermind. He, in fact, has taken the blame, but we understand that with high probability, it was not him. And as long as he asserts this, it will be difficult to do anything to refute the claim. But yesterday, after the case was re-qualified for murder, meaning that he could spend as much as 25 years behind bars, there is a chance that we will hear the real name of the mastermind,” he said. 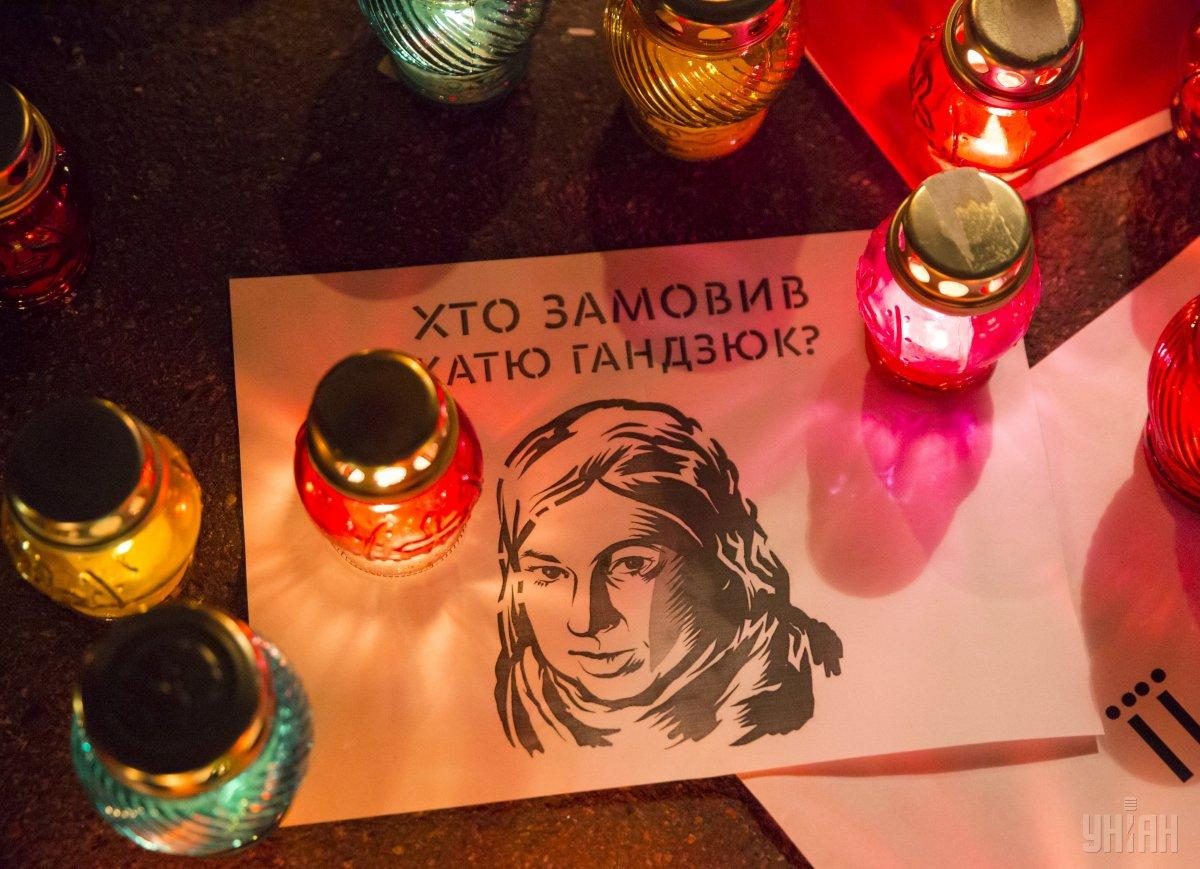 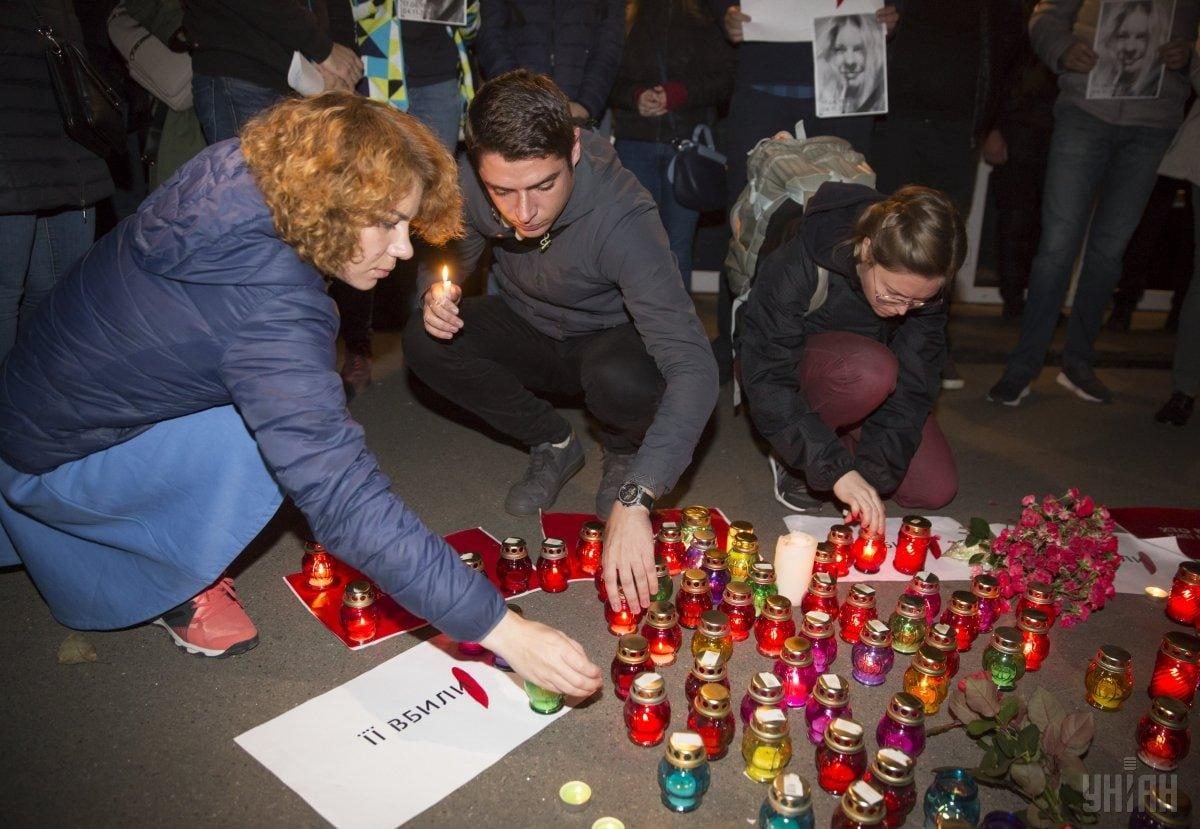 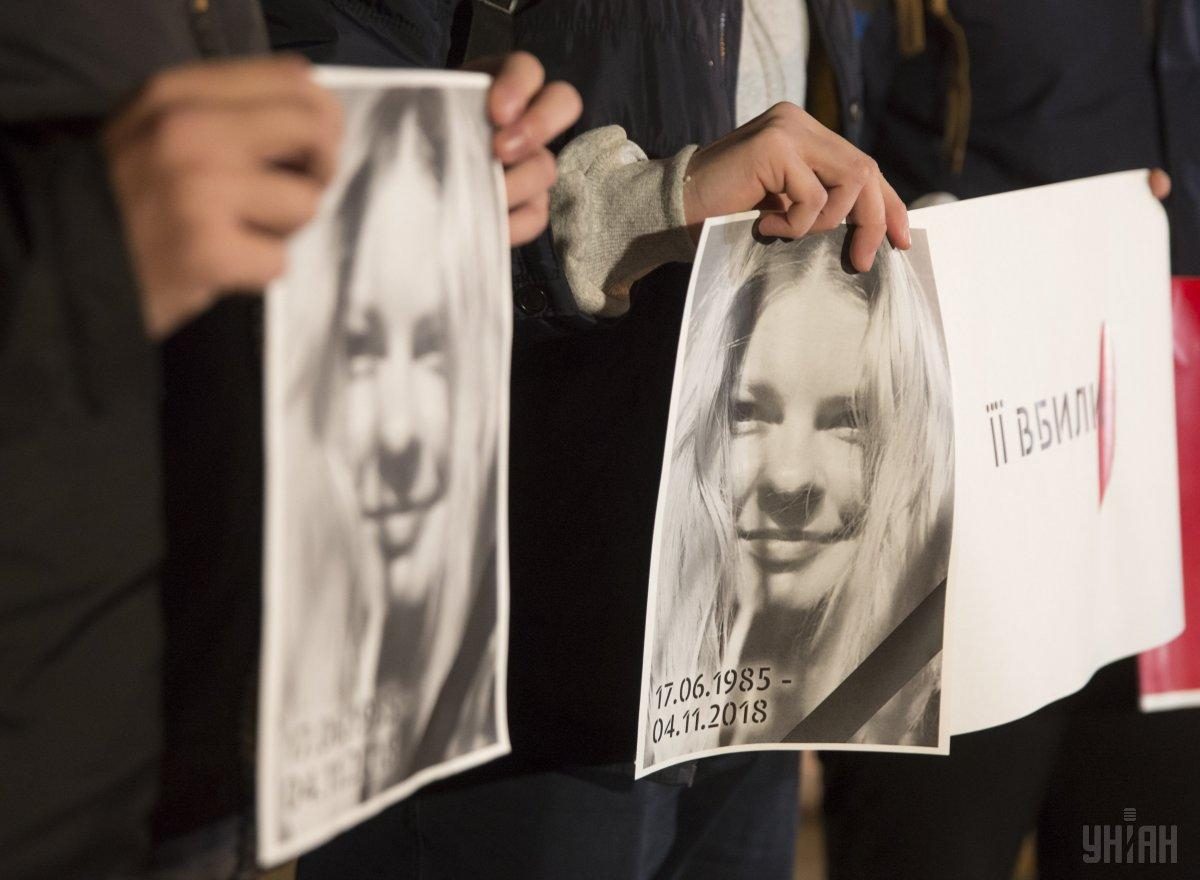 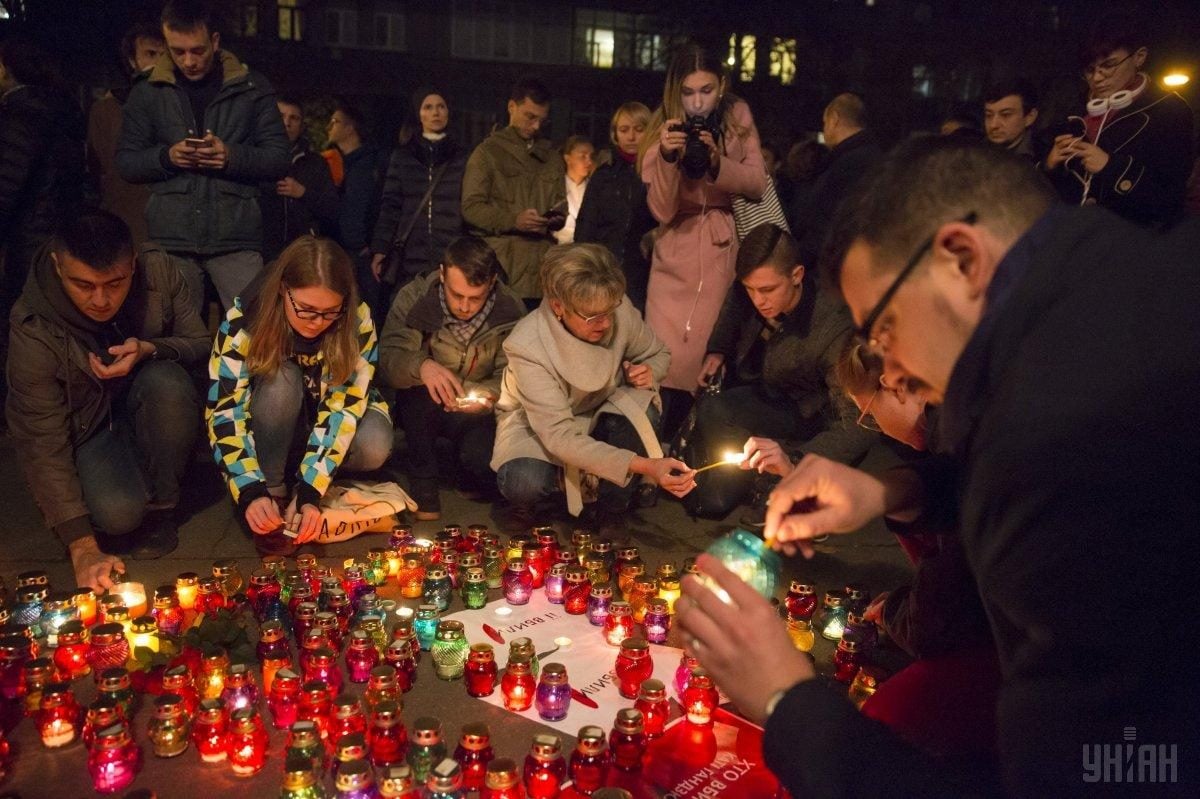 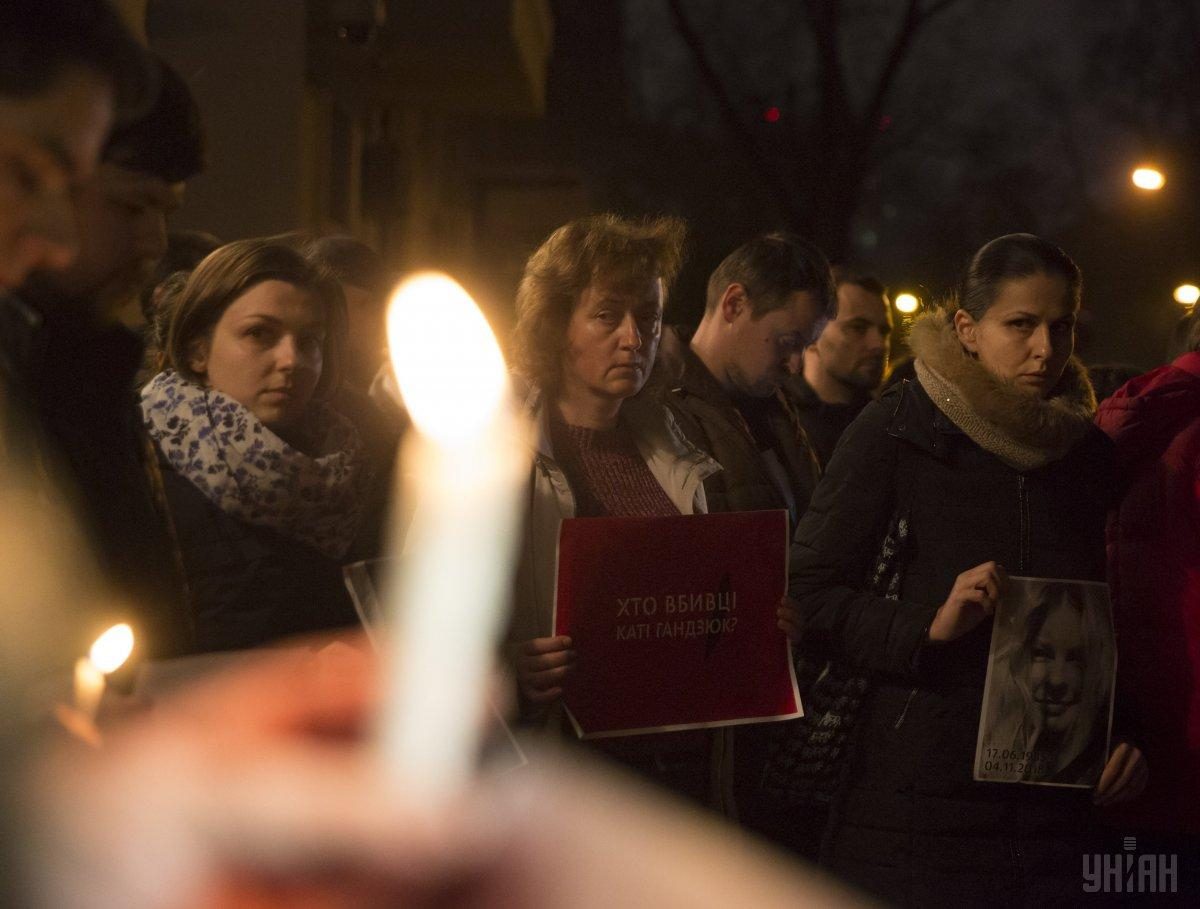 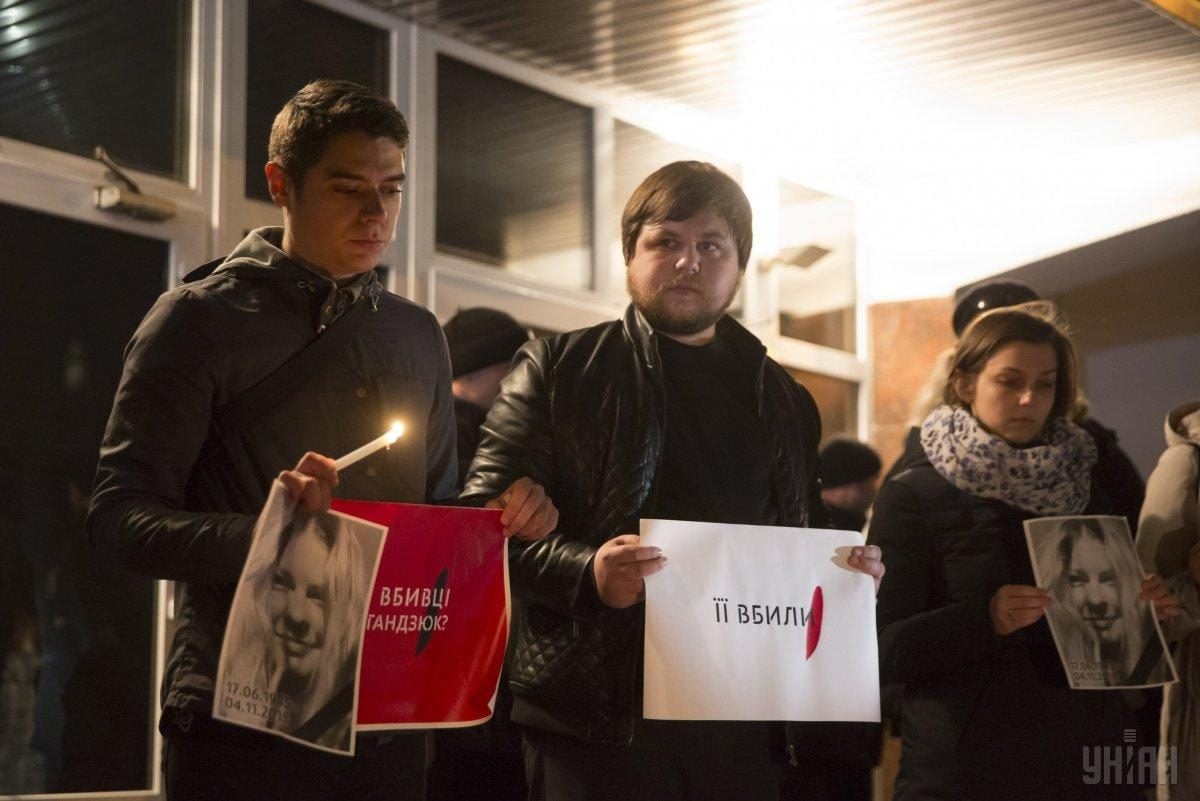 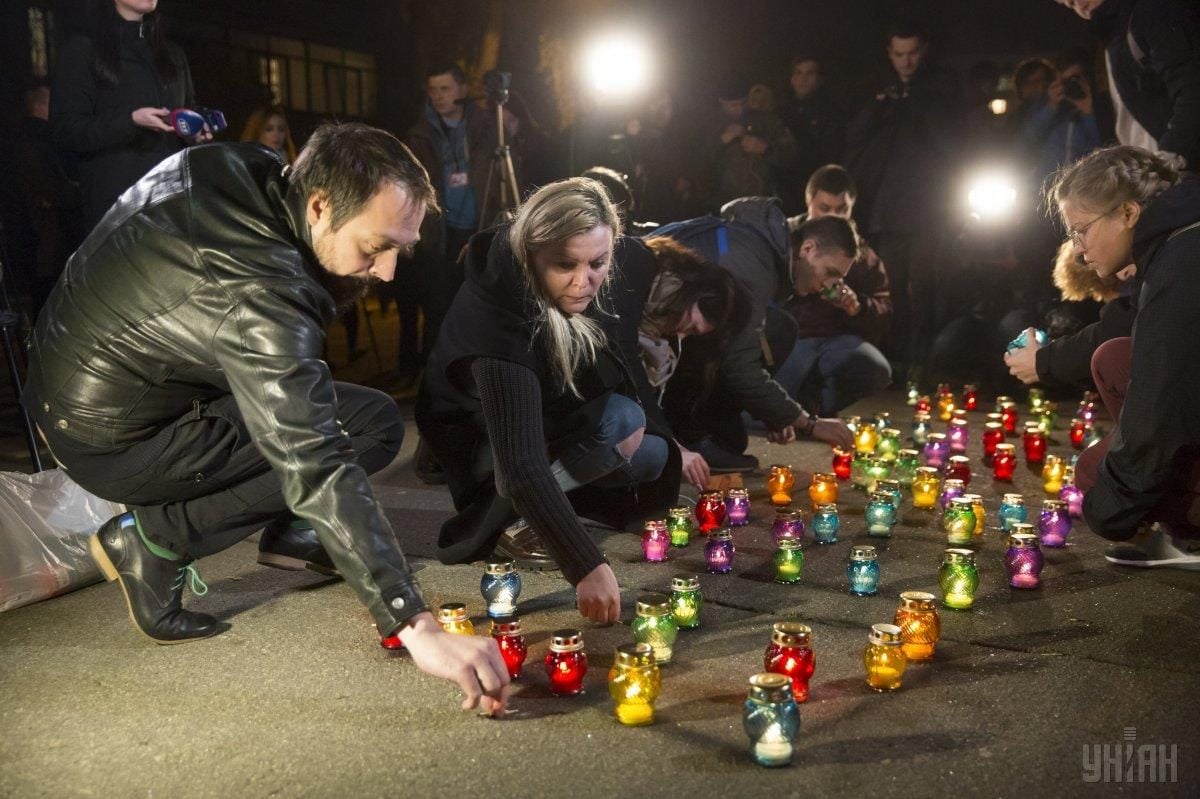 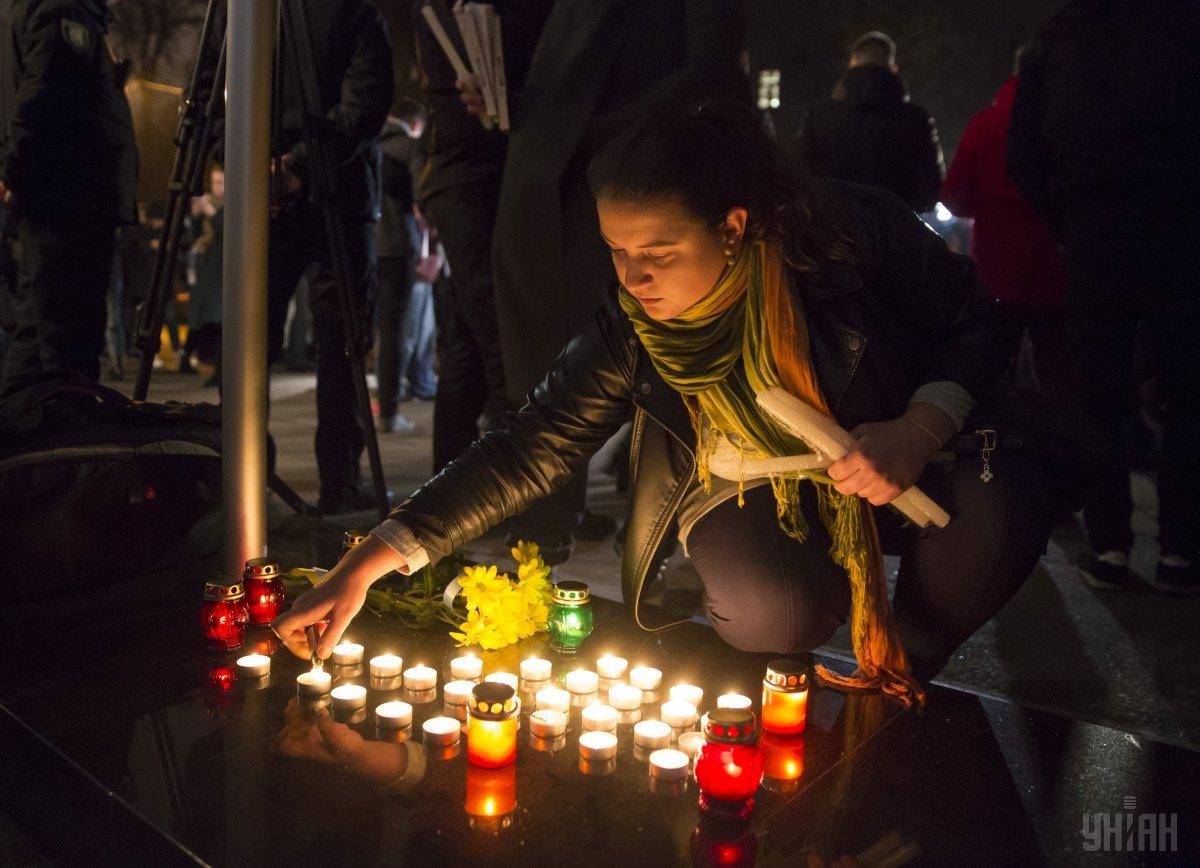 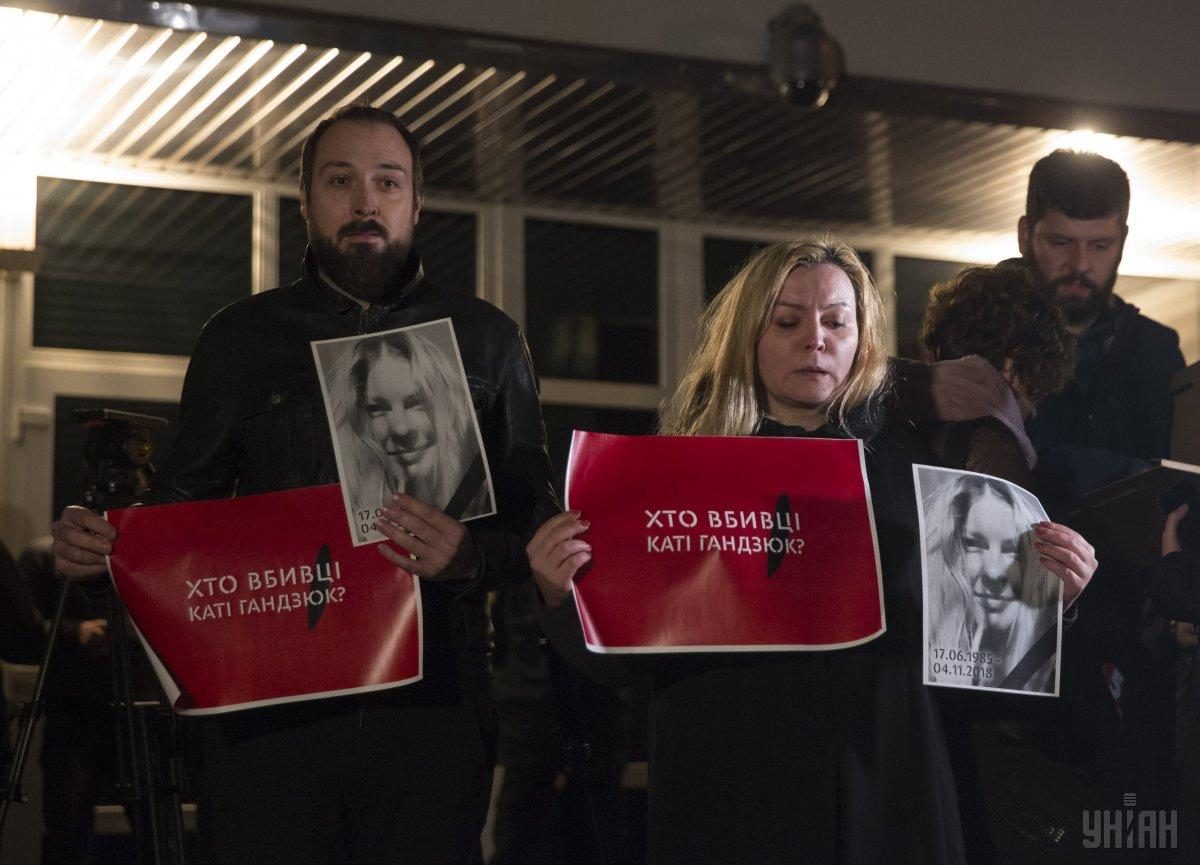 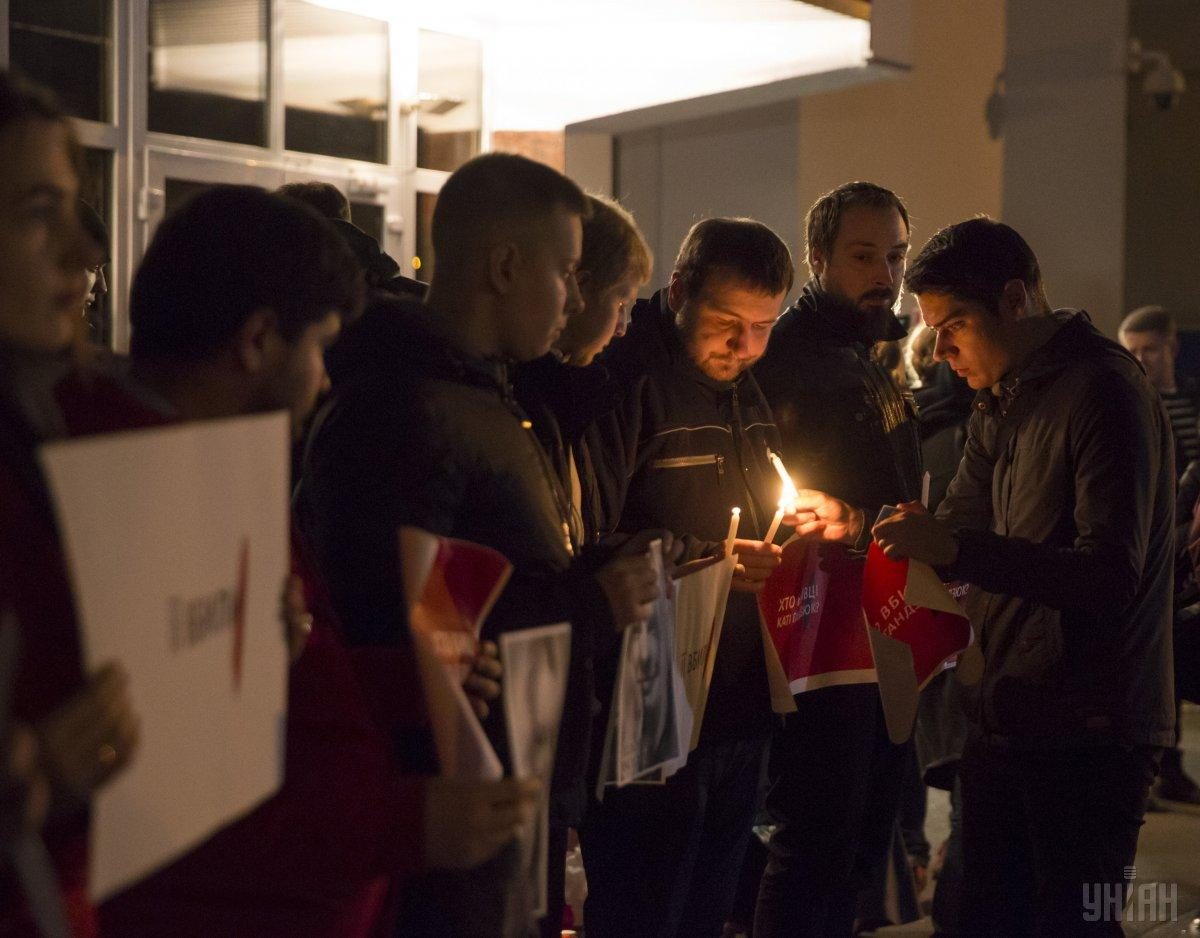 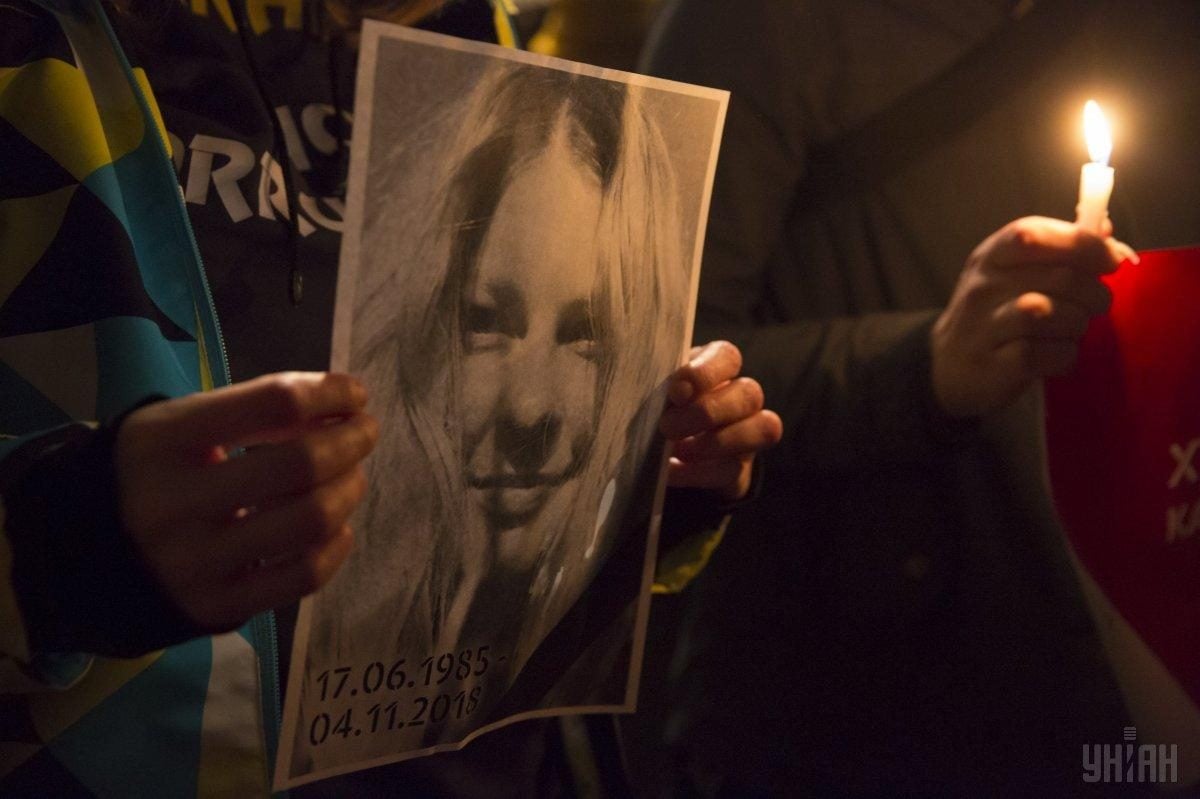 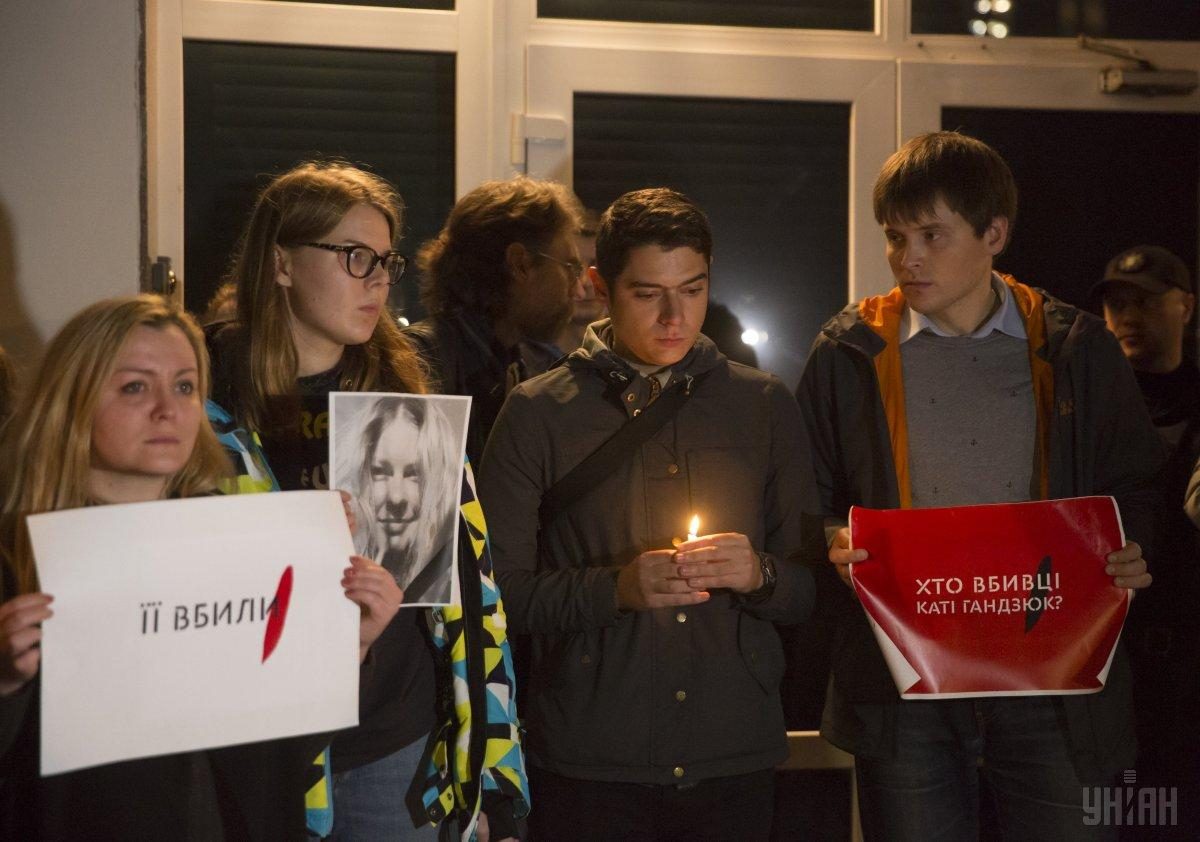 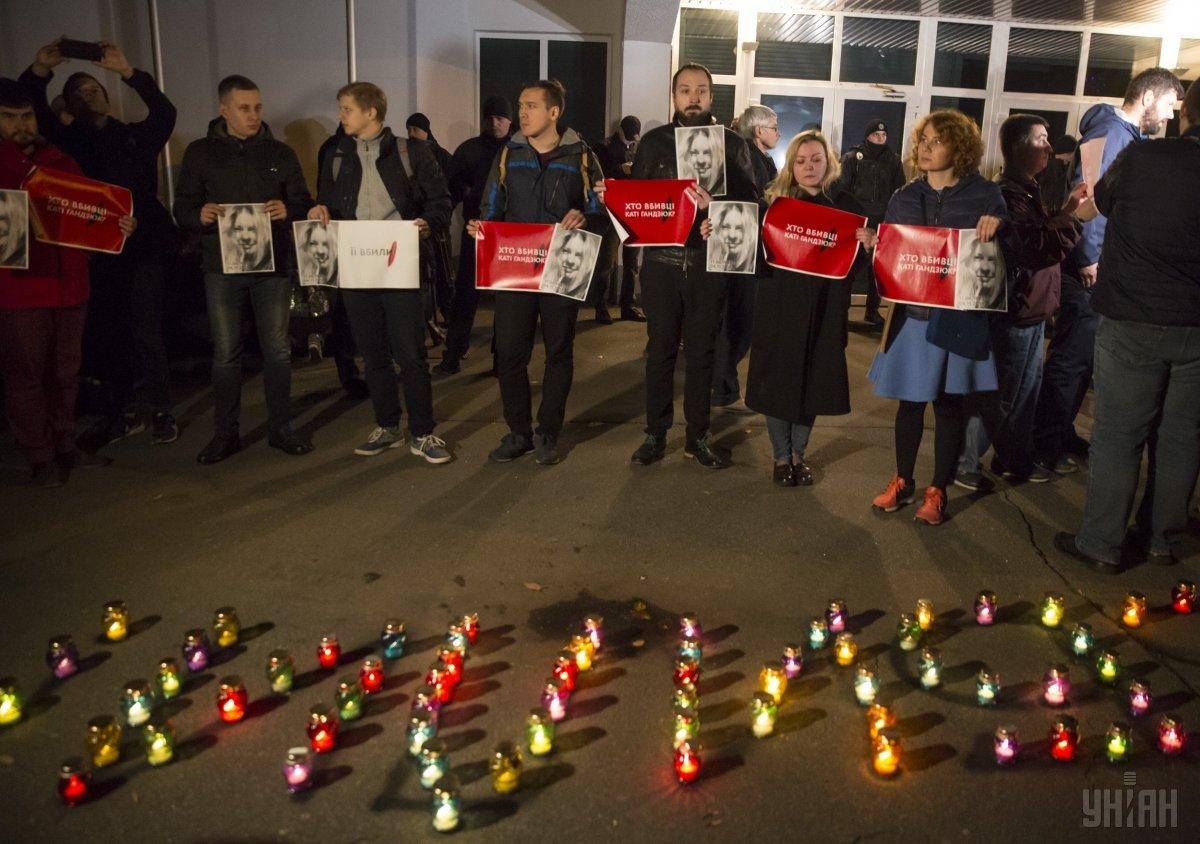 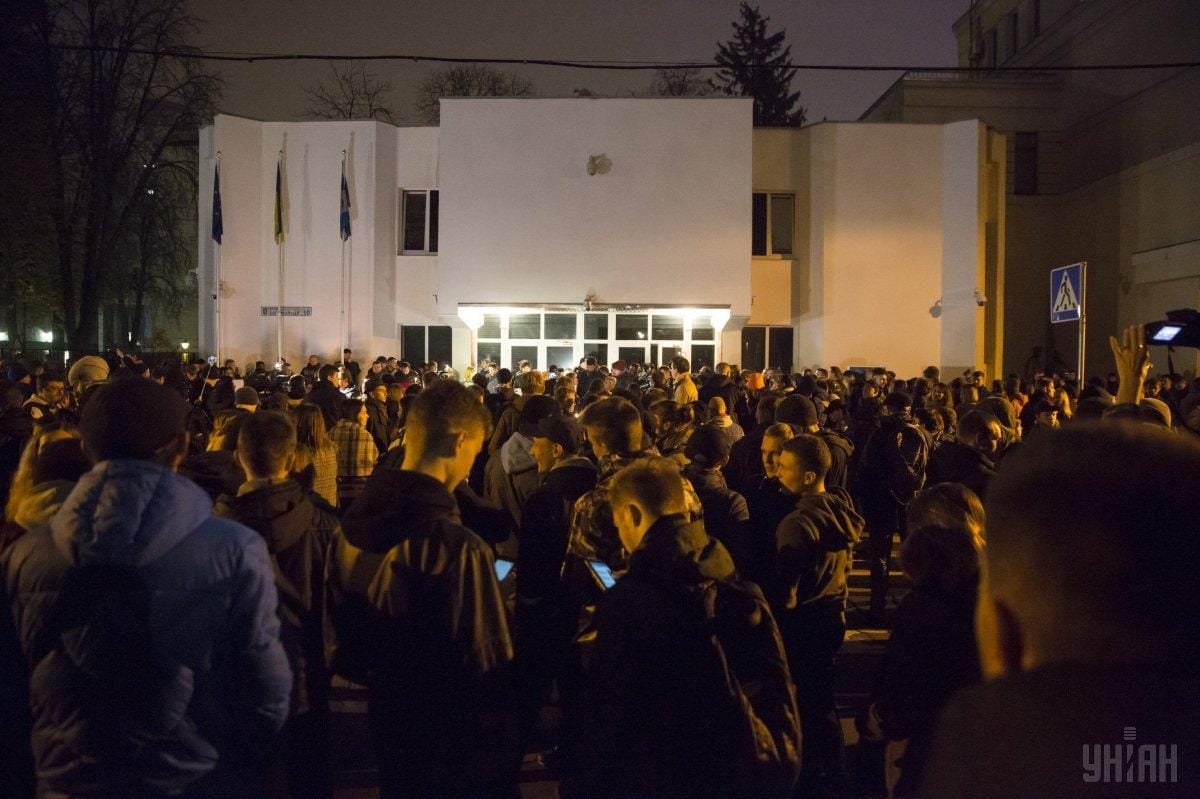 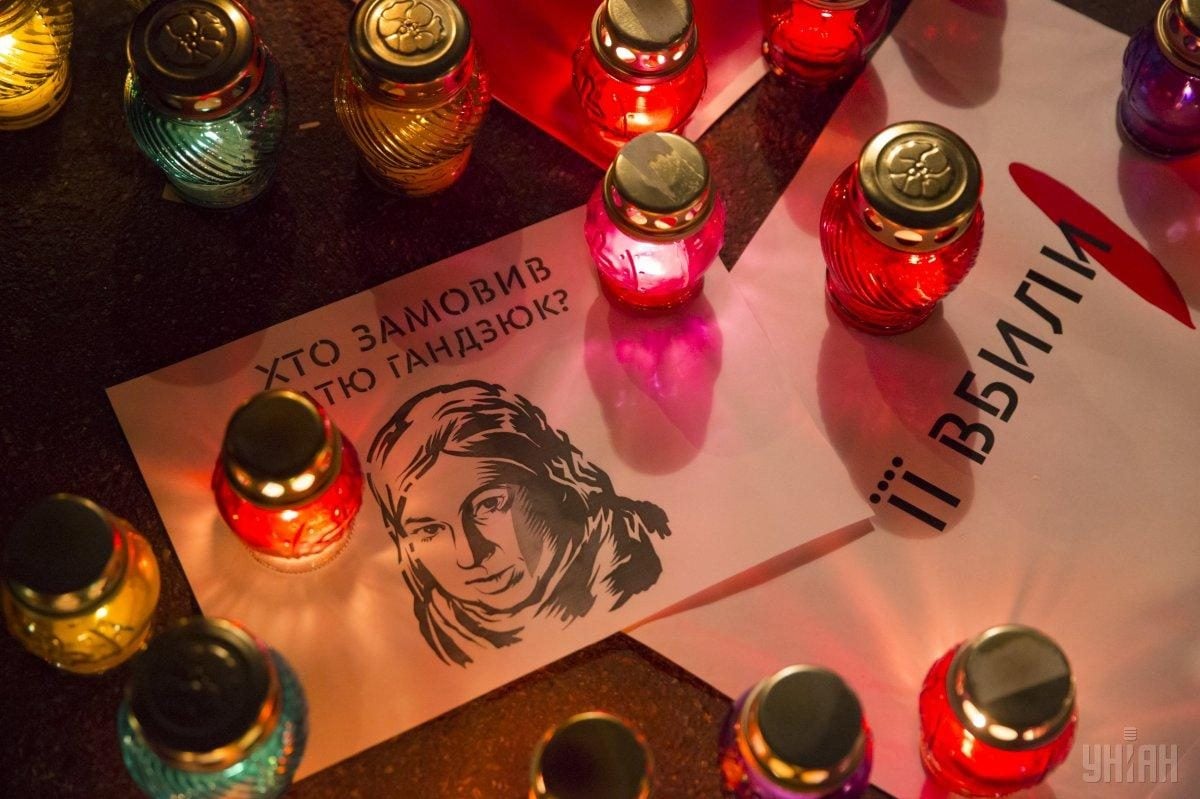 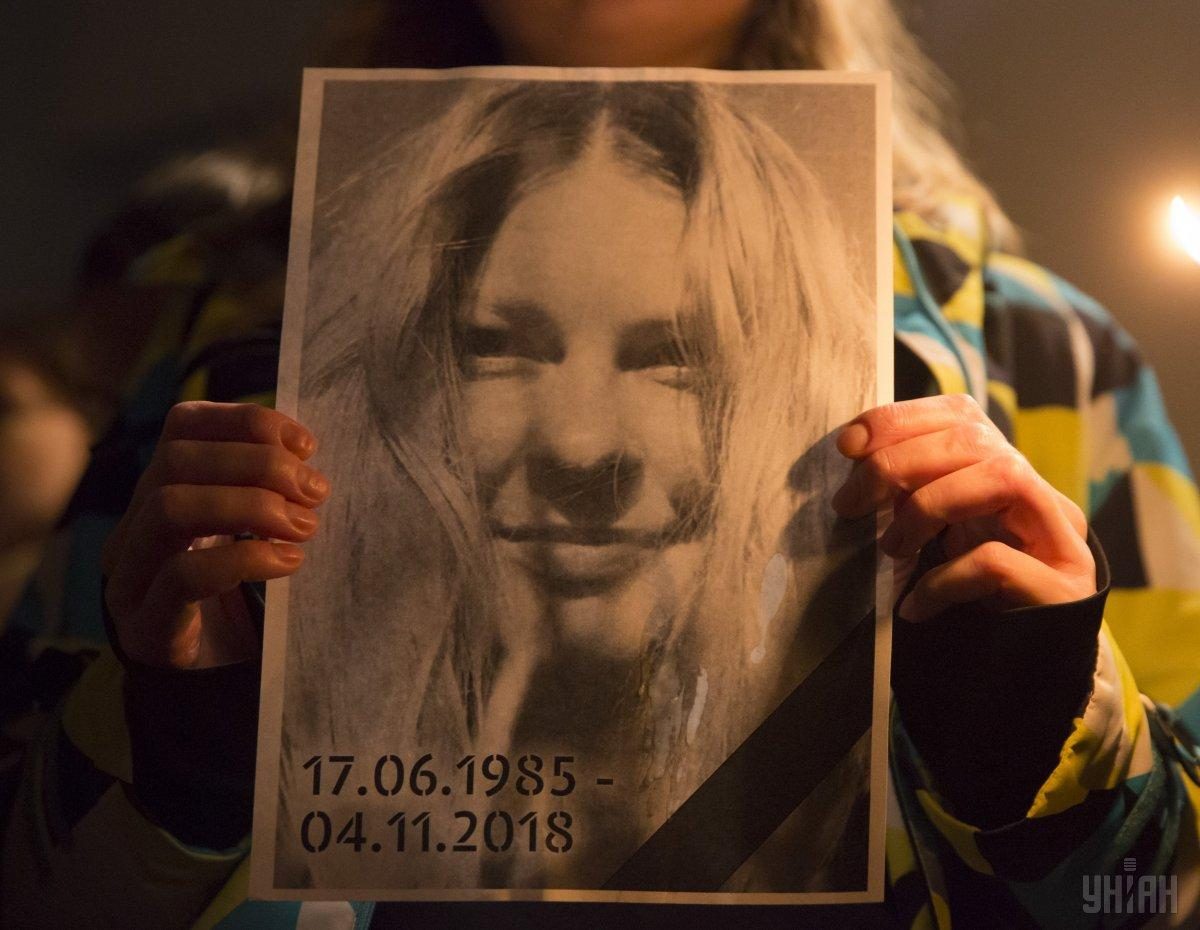 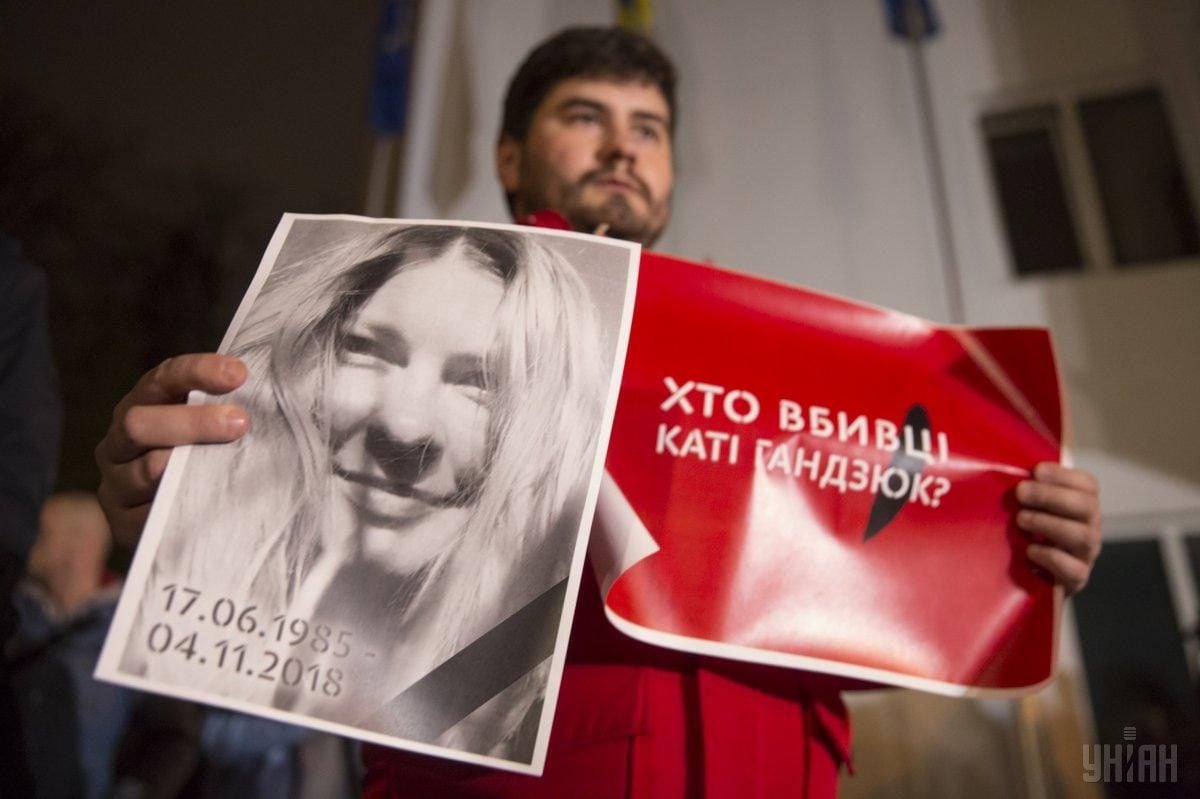 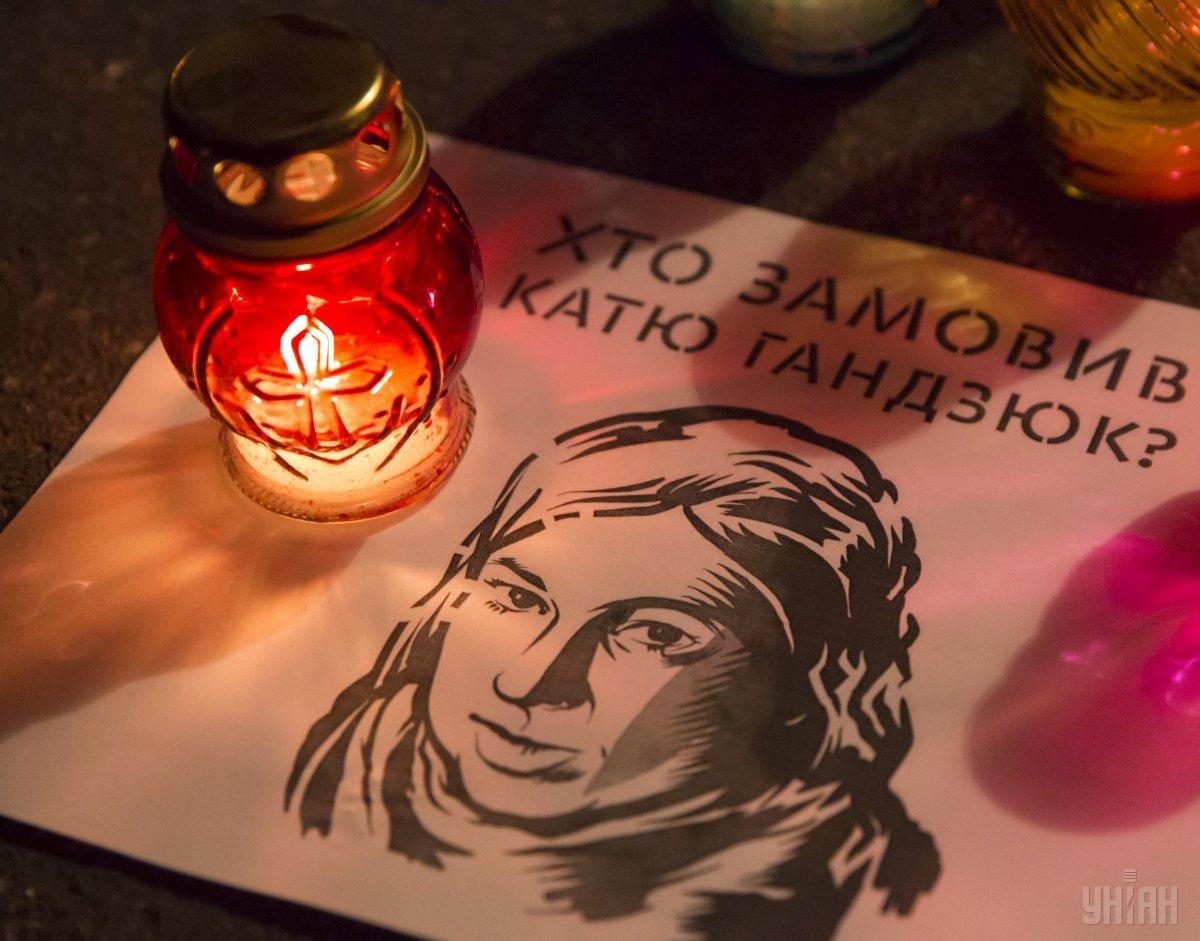 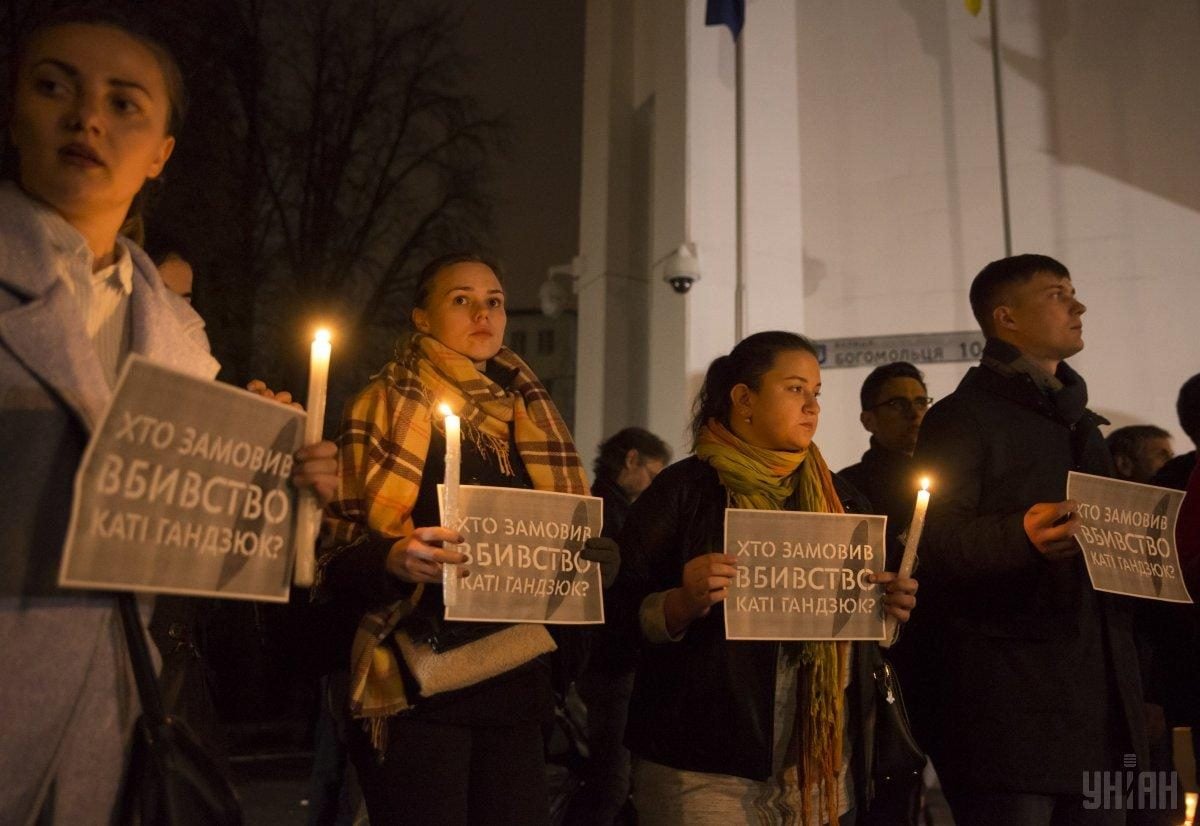 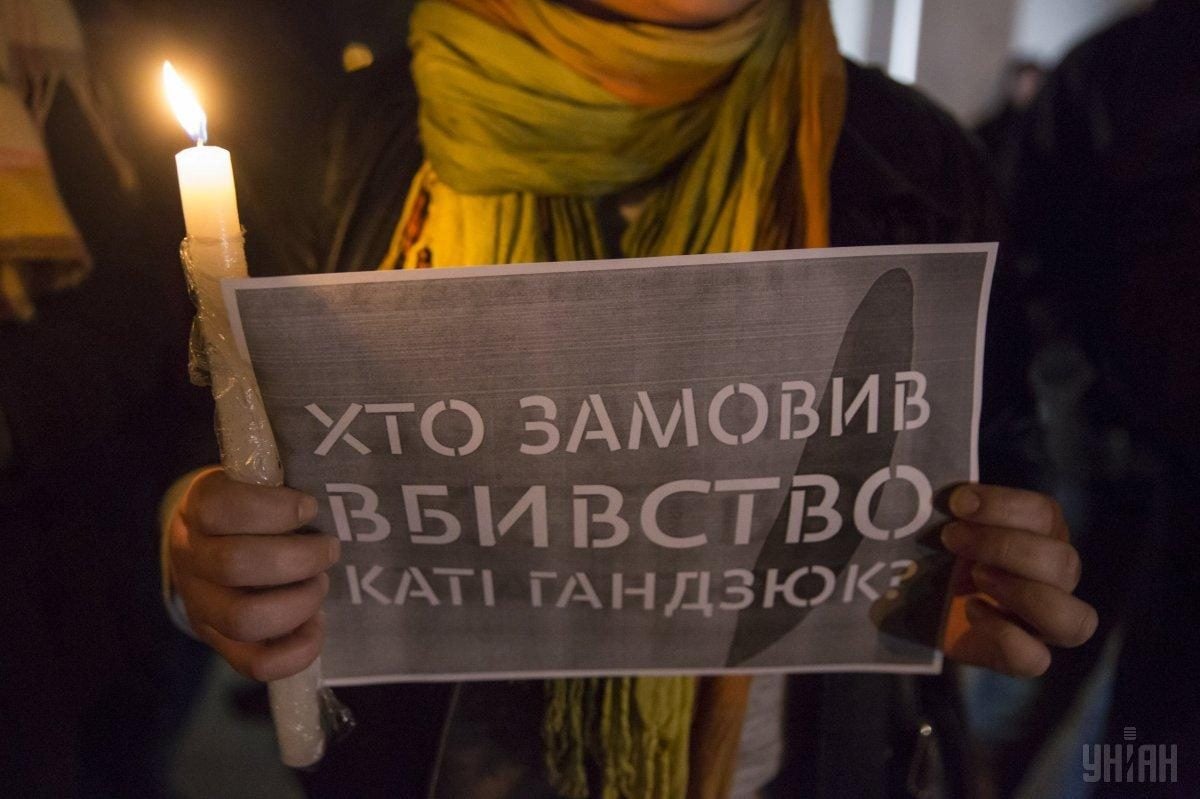 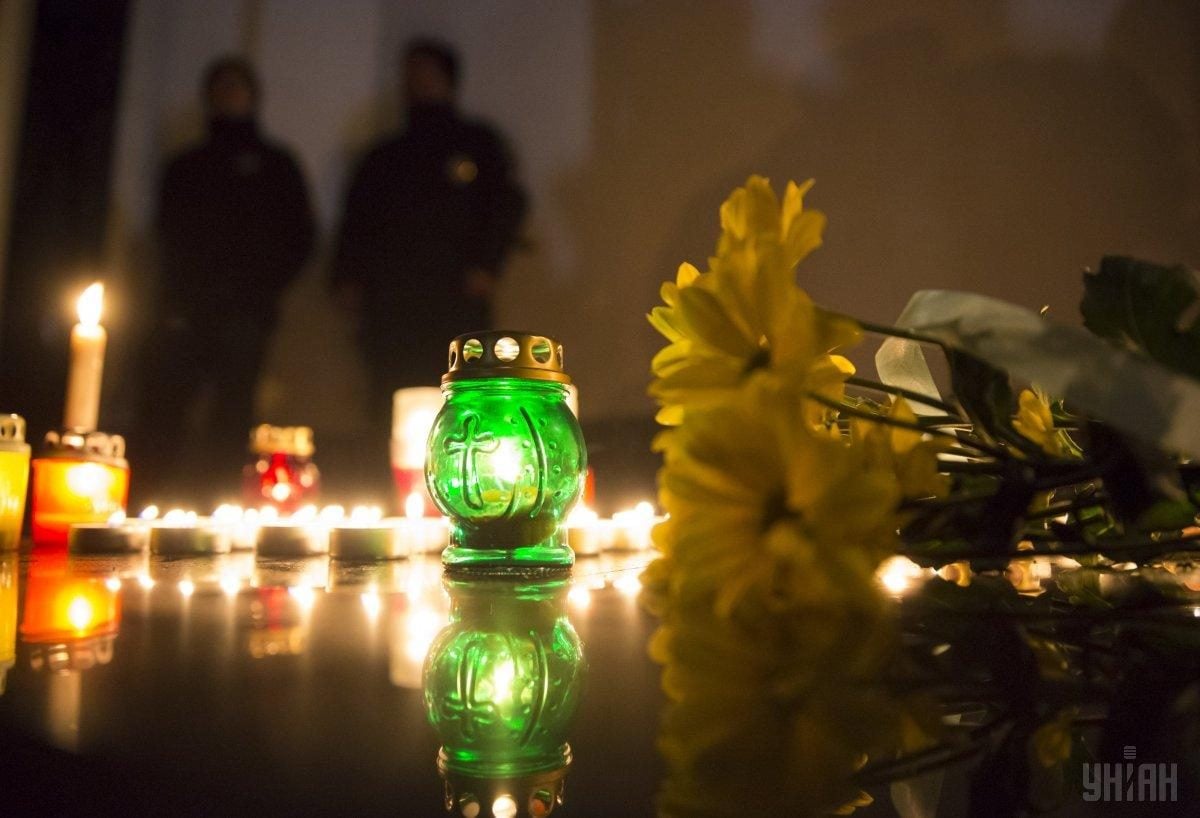 “Detained executioners and organizer still persistently hide the name or the names of masterminds. This is strange. Usually, after police interrogations, people tell even more than they actually know,” said criminology expert Hanna Malyar.

According to her, this kind of organized attack can be carried out for two reasons - money or power. “That is, Kateryna did not allow someone either to make money or abuse (or gain) authority, bypassing the law. So, the use of sulfuric acid is a perverted fantasy, which may indicate a personal deep hostility and resentment,” she believes.

“Let me assume that the mastermind behind the crime is able to influence suspects. In addition, I assume that this is not some mediocre mastermind (or masterminds), otherwise their name would have long been voiced, taking into account the high profile of the case and the risk of social tensions,” concludes Hanna Malyar.

We would really like to hope that an international response will help investigate this case to the end. In particular, the European Commissioner for Neighborhood Policy and Enlargement Negotiations, Johannes Hahn, has already responded to the death of the Kherson official. "Very saddened by the news of the passing of the incredibly brave Kateryna Handziuk. Attacks against civil society activists are unacceptable. The perpetrators of this vicious crime must be brought to justice. My thoughts are with her family and friends," he wrote on Twitter on November 4, 2018.

President of Ukraine Petro Poroshenko also made a statement on the case: “I'd like to ask the law enforcers to do everything possible so that the killers are found, punished, and put at the dock. We must all join our forces to make it happen, together to help law enforcement agencies, the police, to make sure that the evil is punished."

In turn, a number of people's deputies are proposing to set up a Temporary Investigation Commission to investigate the Handziuk case. However, it is a big question, how it could help.

“When the people who have authority write that “we must join forces in the investigation of the murder,” it looks like a mockery. What does this 'join' mean? Who should join whom? We have law enforcement agencies. They either perform their functions or...” political analyst Petro Oleschuk said, commenting on the reaction of the head of state.

However, considering how various law enforcement agencies perform their functions, it is hard to believe in achieving the final result – finding out the name or the names of masterminds. Thus, the police claim that they carried out their part of the investigation and, in fact, they claim they're done with this case.

“Since the investigation is almost complete, the entire evidence base has been collected, and in the near future we will transfer the materials of the criminal proceedings to the court. If the detainees are proven guilty, they face up to 15 years in prison or life imprisonment. That is, the police have done their work regarding the organizer and the executioners,” said the head of the National Police, Serhiy Knyazev. 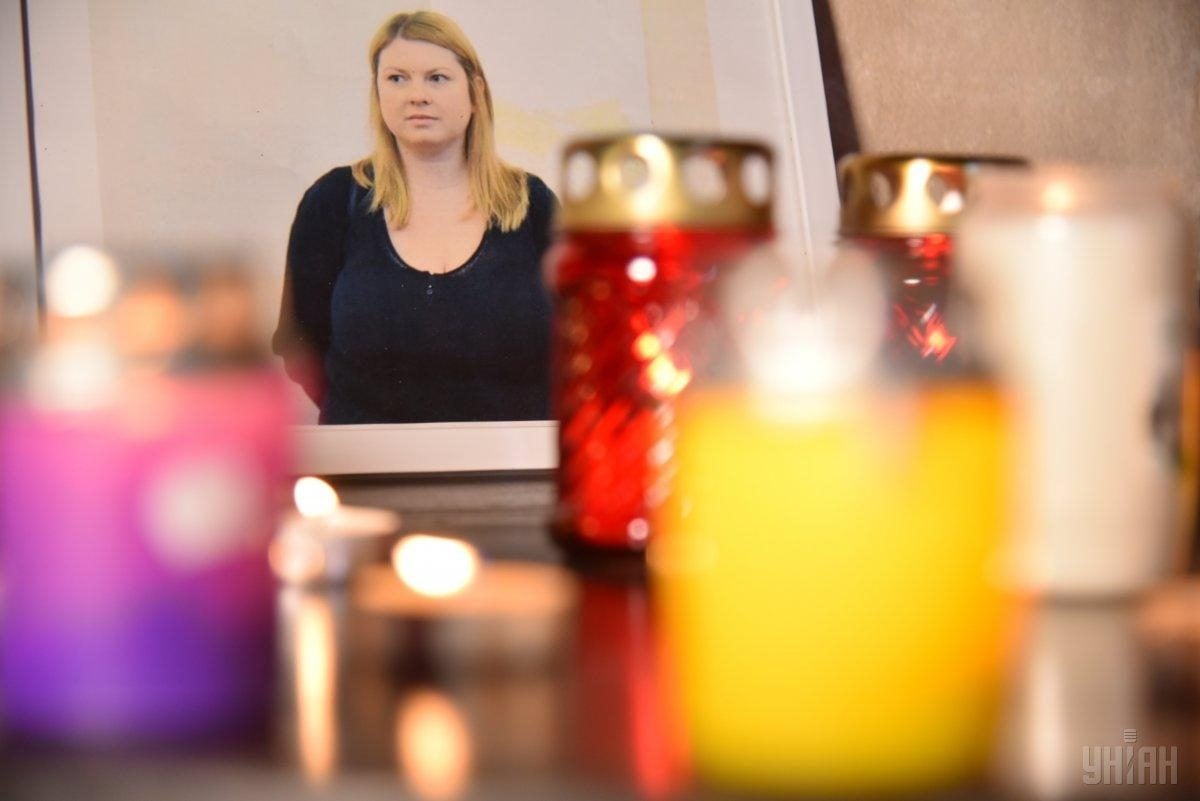 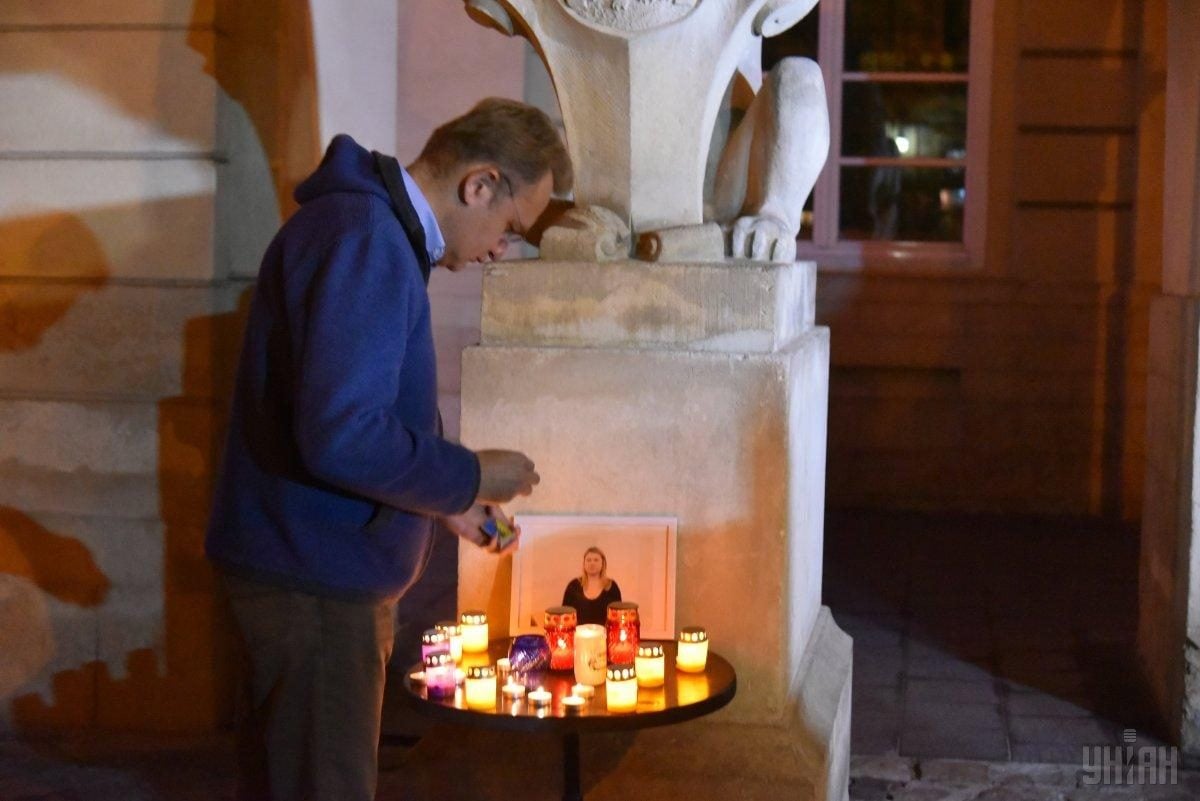 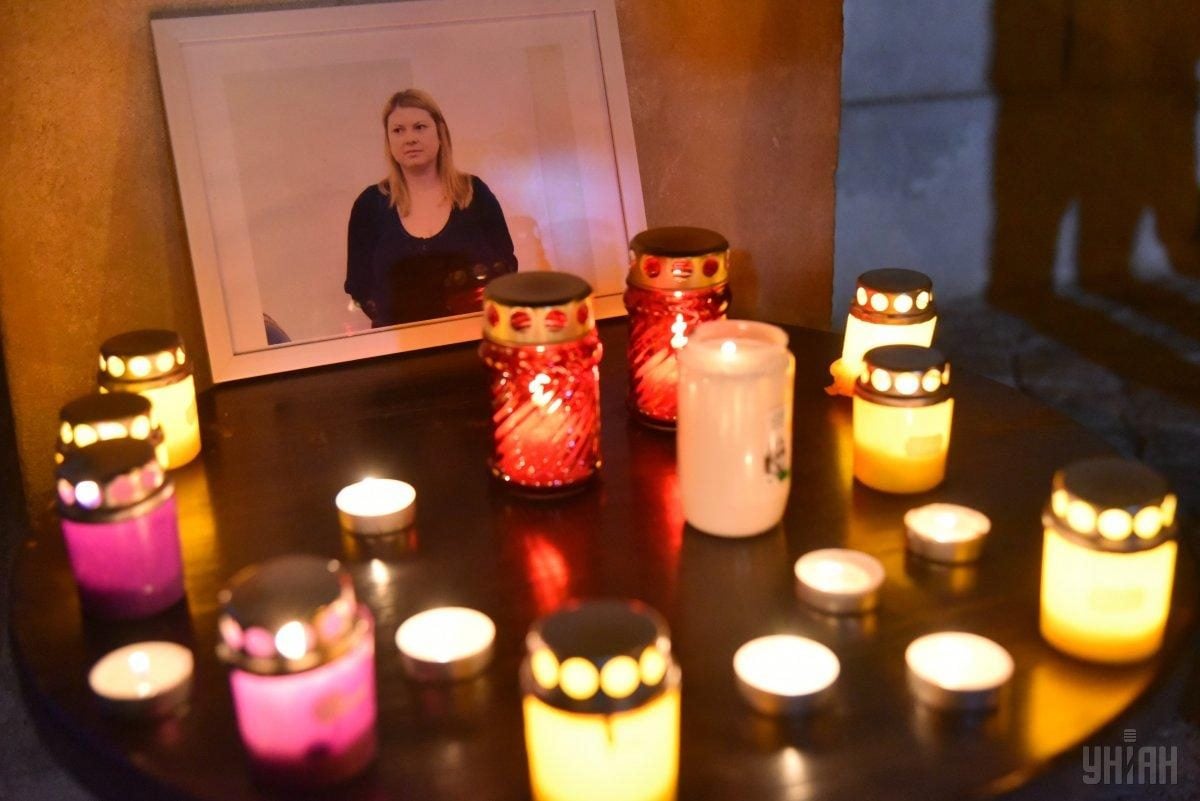 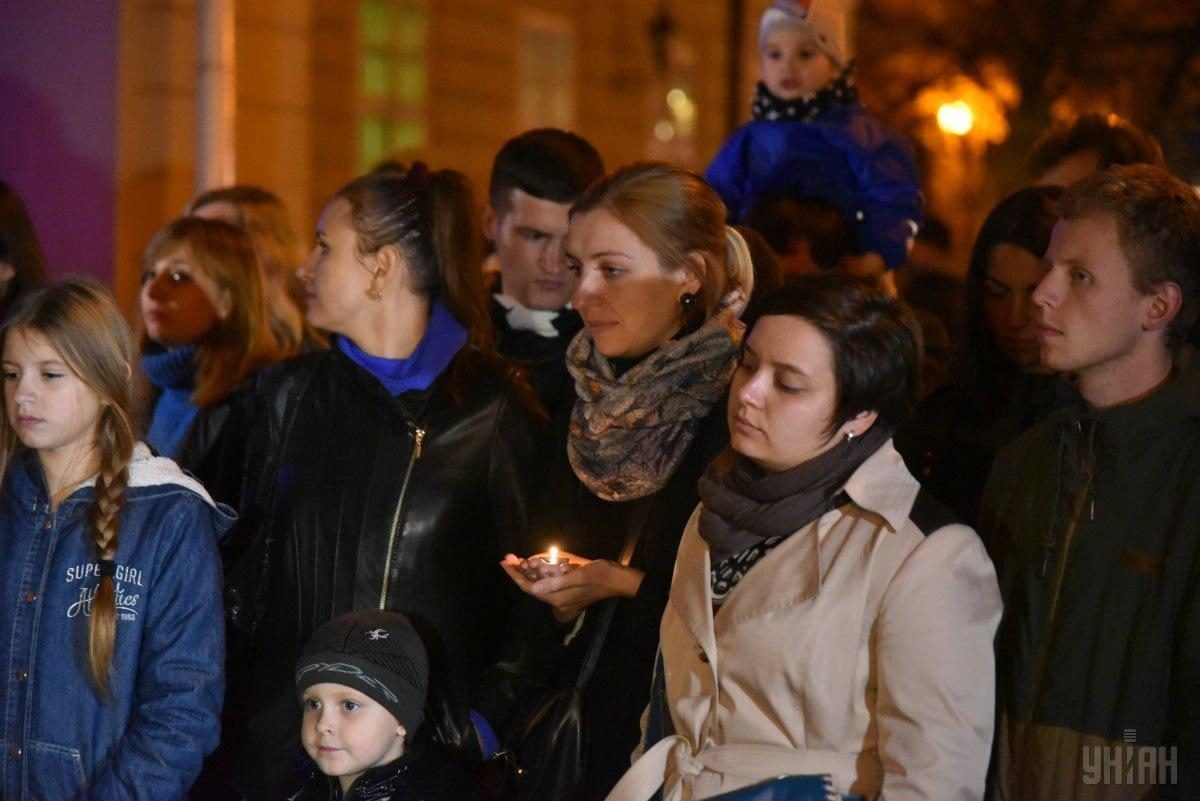 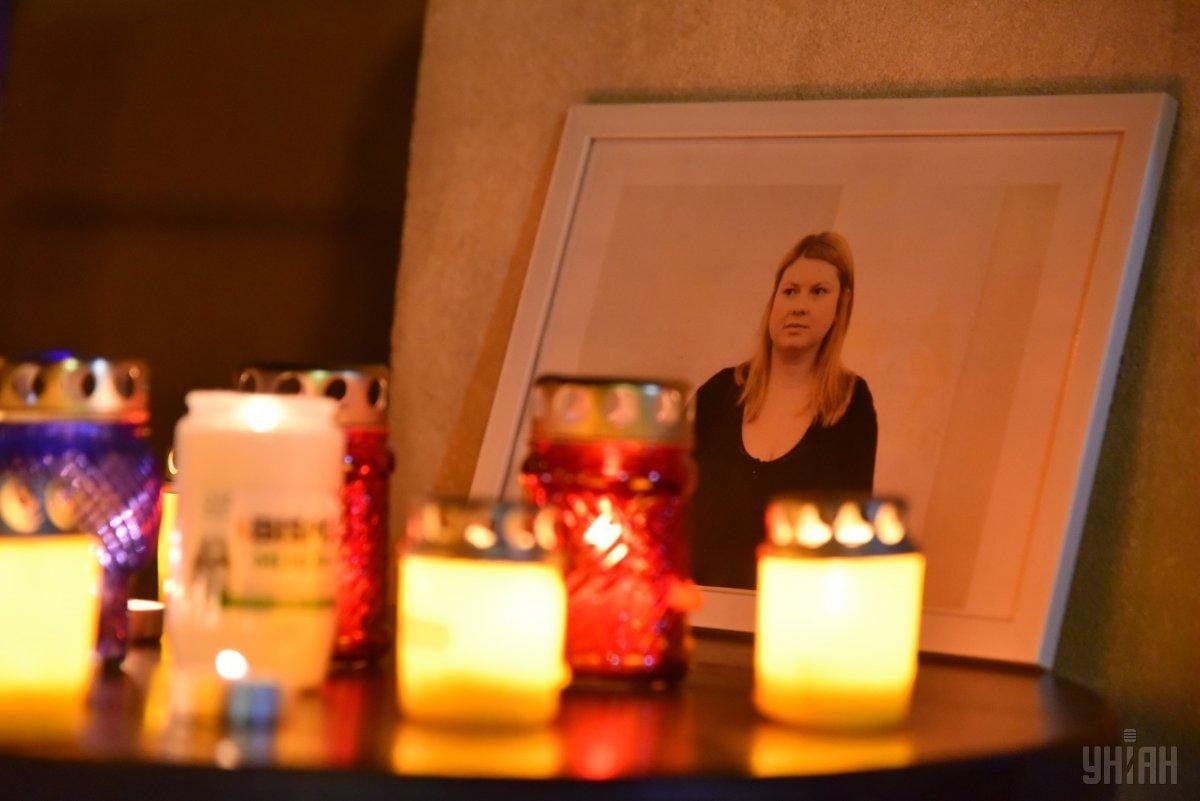 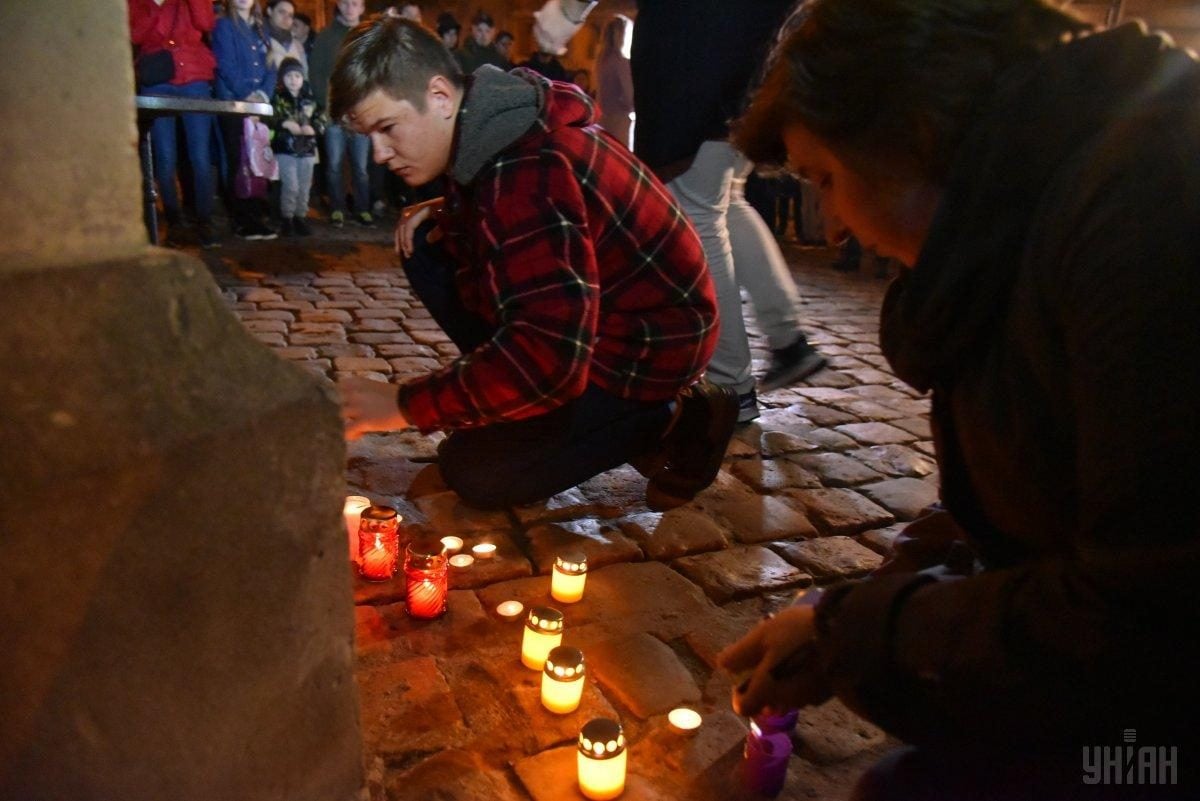 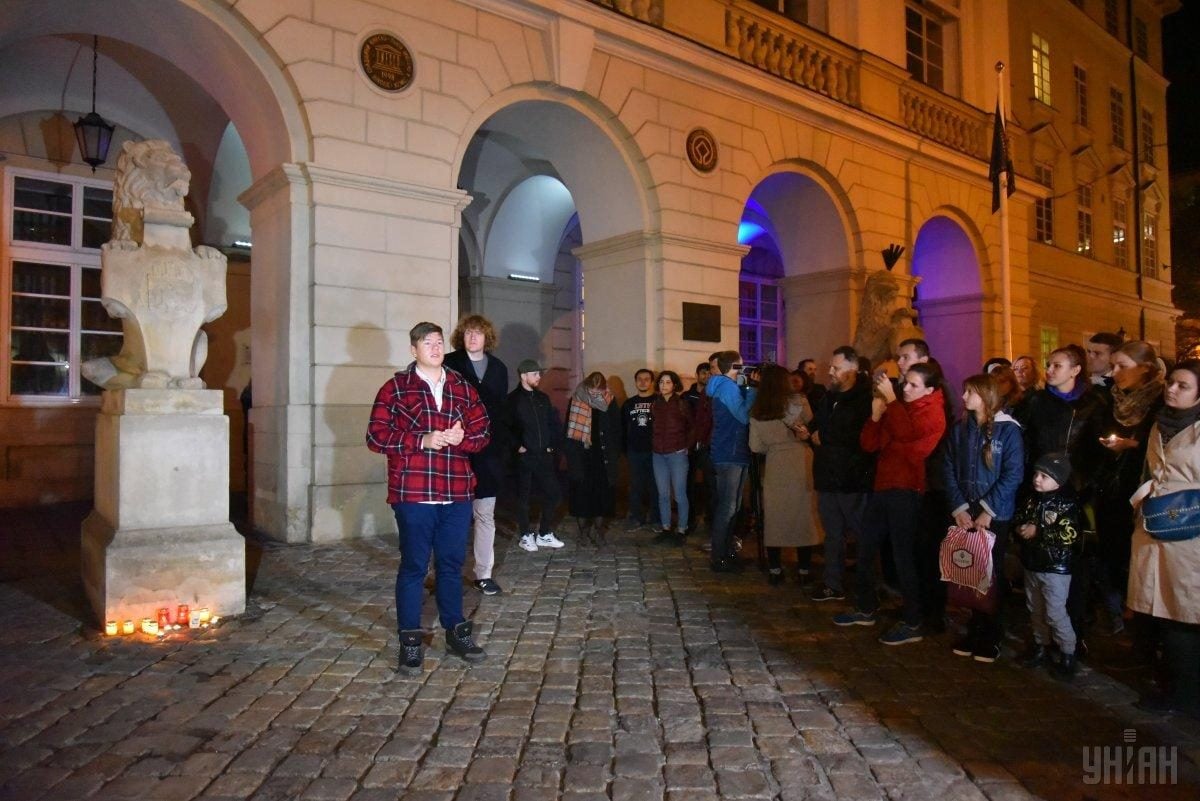 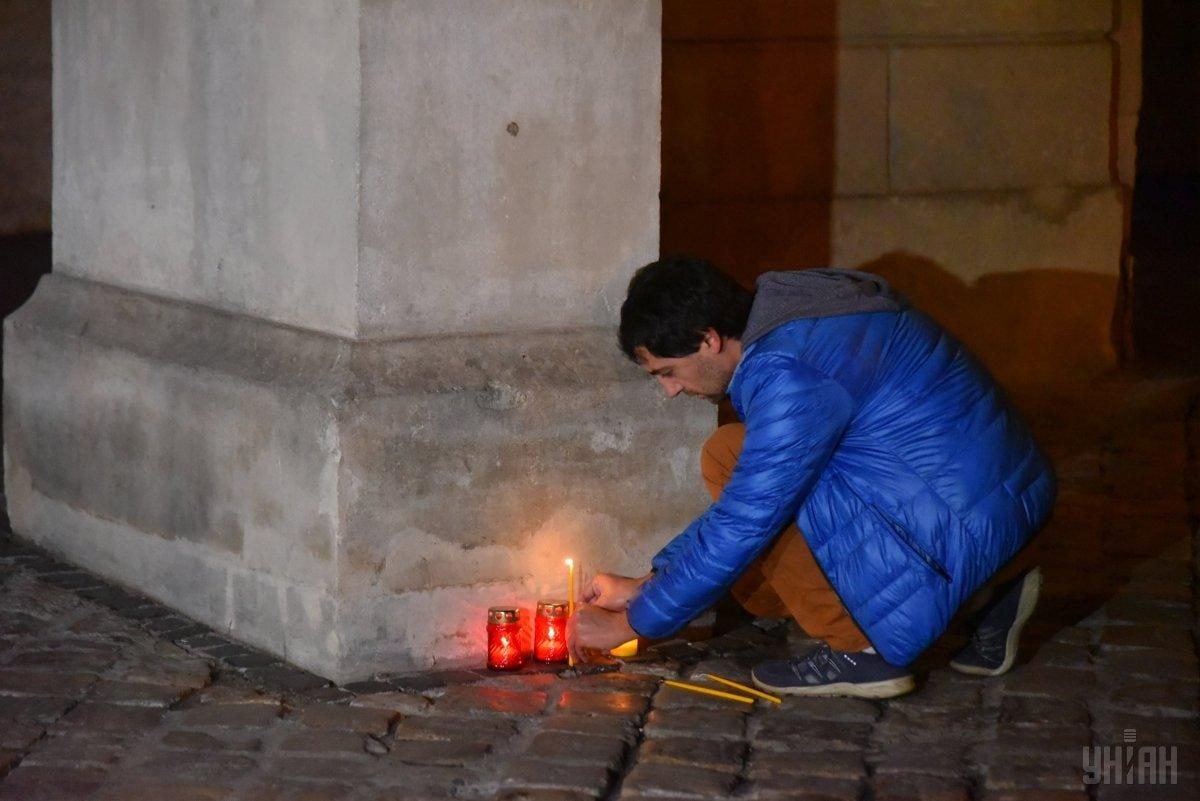 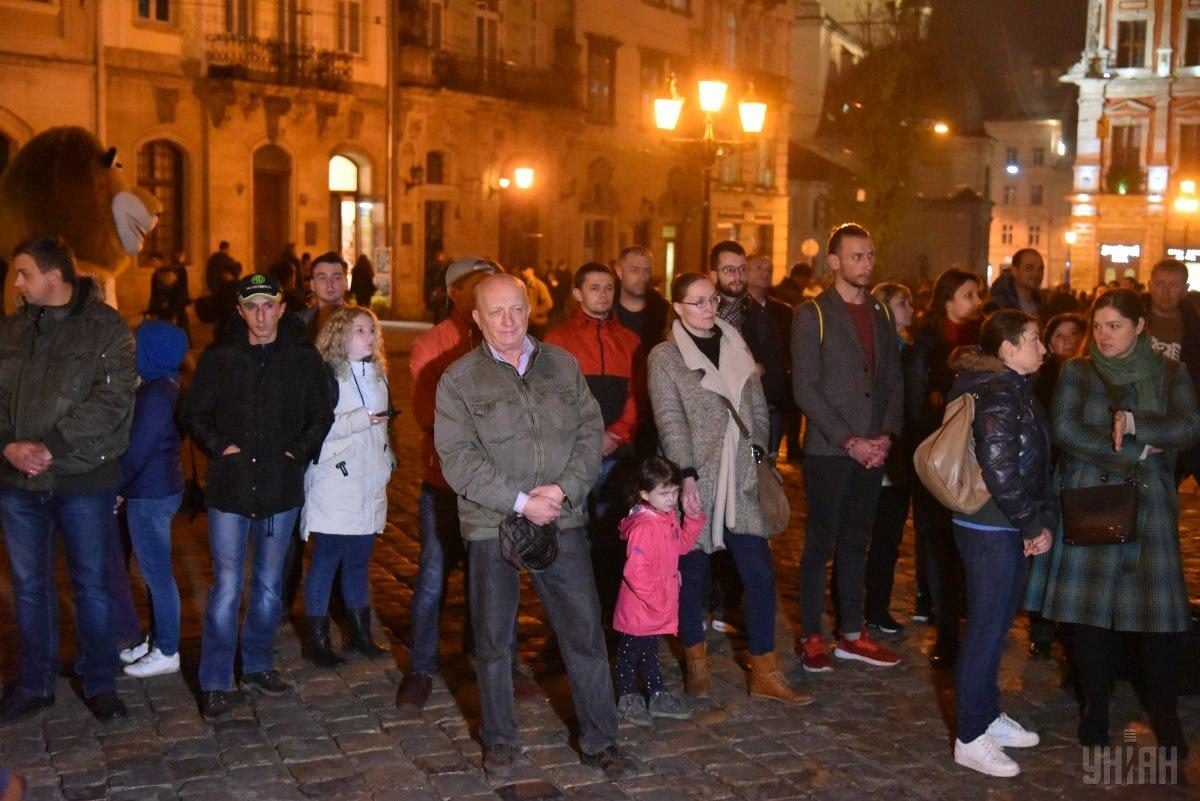 Prosecutor General Yuriy Lutsenko echoes the idea. “The investigation by the National Police, which never stopped, will soon be completed. The established executors and the organizer will appear before the court... In order to establish the mastermind behind the crime, the suspect in the organization of the murder in late October was transferred to the detention center of the SBU's Kyiv Department,” he noted.

Therefore, she said, the two cases should be combined into one. “If this is not done, then I see no judicial prospects of bringing the mastermind to responsibility. Just transferring to the court the case against the executors means making it impossible to bring to responsibility the mastermind behind the crime,” she is convinced.

In turn, a Ukrainian lawyer Masi Nayem remains skeptical about the law enforcers combining the cases and transferring all materials to the SBU, “since the police have provided false information before.” "Now we're seeing the case being sabotaged. I am sure that the police know the name of the mastermind perfectly well but they have no courage to admit it," he noted.

We would really like to believe that law enforcers will hear the voice of reason, the criminal cases will be merged into a single probe, the mastermind will be found, their name will be announced, and they will not be able to avoid punishment. Otherwise, Ukrainians will once again see that criminals can get away even with high-profile crimes and that this is happening with the assistance of law enforcers.