Former prisoner of war Captain Lieutenant Serhiy Popov in an interview with UNIAN told how he made dumbbells in the cell using water bottles, shampoo, and magazines; how with the help of sign language he looked at pictures of his family; memories of prison chow, and the "bath-count" of days in the Russian dungeons.

By tradition, sailors do not shave before sailing off for a passage. They onlys have their beards once they've returned to their home base. Former prisoner of war Captain Lieutenant Serhiy Popov flew to Kyiv with a Robinson Crusoe-type beard, only that his "island" was a cell in Moscow's Lefortovo, and instead of Friday, there was a Russian neighbor who weeped over his mother’s letter in anticipation of an end of his term. Now Serhiy is undergoing physicals at the Military Hospital in Kyiv. His mother, wife, and two sons came to be by his side. But apparently, the prison is still in the minds of the recently released Ukrainian sailors.

What can you say about your first days of freedom? Have you realized that your captivity is over?

This morning, my wife said to me, "Let's go have some coffee." And I just threw two tea bags into a cup, as I've already got used to this. Then, I get to my ward, where my sons got some stuff scattered, and I think I need to tidy up. And then I suddenly wonder how many cigarettes I have in a pack. Due to the fact that there's no opportunity to shop at the detention center, you've got to plan everything in advance. You count the days left until the transfer and think: "So, I need to drink tea twice a day, not three times." You keep track of the number of cigarettes or sweets you have.

On the way to Kyiv, emotions were overwhelming, thoughts were flashing so fast I can't recollect everything. It seemed: "We're flying home, while today there's vermicelli for dinner in prison tonight." Probably, I still haven't realized that I'm actually back home. I still feel as if I'm in prison, drawing those squares...

What kind of squares?

At first, when they just captured us, I wanted to think that everything would be resolved quickly. But then there was a hearing, then another one… Then the investigation was over and the trial was set to begin...

What about those criminal cases?

The cases haven't been closed. We were released under a personal guarantee of our Ombudsperson.

And how do you feel about this? Are you wary of everything starting all over again?

Why be wary? I've already been there, and I know that Thursdday is bath day. We count days from bath to bath. "How many baths have you done?" – "Forty-one baths." This is a day that is different from others. The rest of the days were long and monotonous. 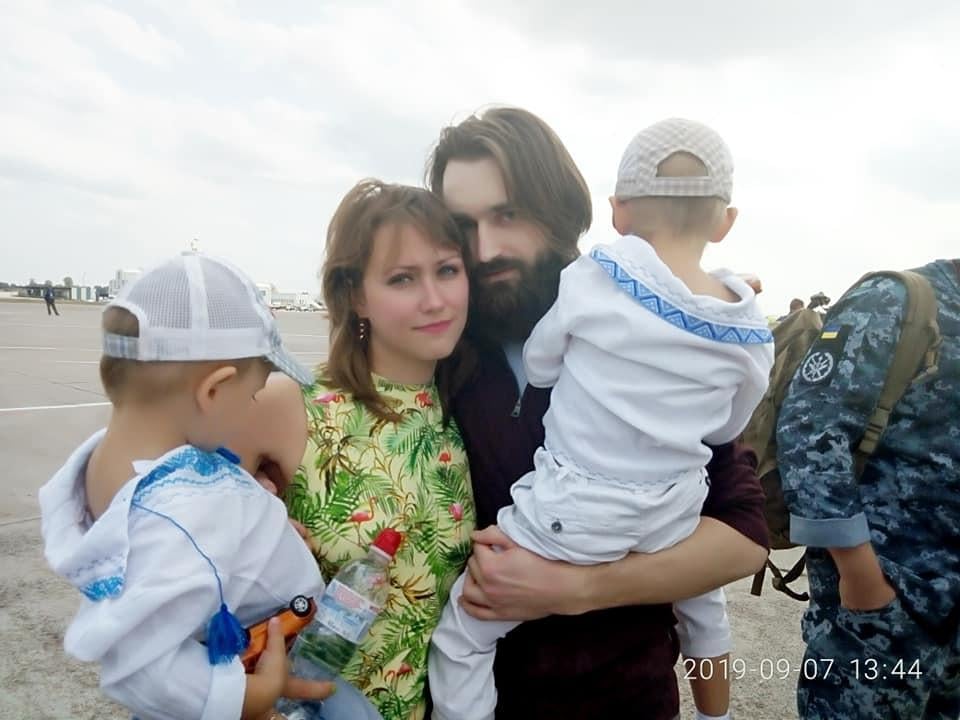 Wake up time was at six. We would get up, make the bed, but we could get back on it and sleep on. After waking up, my neighbor and I would drink tea with sandwiches. At about 11, we would start working out. You must do something there, otherwise you it will be hard to get back from your deep reflections. For example, my first neighbor would just sit there and weep over a letter from his mother.

The cell was probably two by four meters, and all we could do was do bench press, push-ups, and lift selfmade dumbbells: we filled a few half-liter bottles with water, packed them in T-shirts, and sewn them up. We also made a handle using a magazine, wrapped into a shampoo label.

We would do some lifting, then it's lunch. Then it's TV or radio time. My afavorite radio was the one that announced time every 30 minutes. I followed the news, even if they were Russian, but I could still understand a certain direction of what was happening. I read all of Stephen King, all 50 books that were in library stocks.

Yes. And the Green Mile [laughs]. After ten, it's sleep time. The TV had to be turned off, but we could watch it a little longer. And it was the same thing every day. Thursday is bath day. [laughs].

I would always wait for a meeting with the detective due to the fact that a lawyer would come along, which means he would tell me some news from home. We were waiting for the consul not to hear the words "they are releasing you" but to hear some news from our families. Letters were sent in a bulk every two months. A happy birthday card came to me on July 4, although I was born on March 16, and it was sent back in February. The most valuable things in the cell were pictures of my wife and kids.

Tell us about seeing your family in the courtroom.

When they came to the courtroom, they turned their phone screens to us and showed pictures of children and relatives. But they sat about five meters from us, so we had to show them with gestures: "Zoom in", "Next." 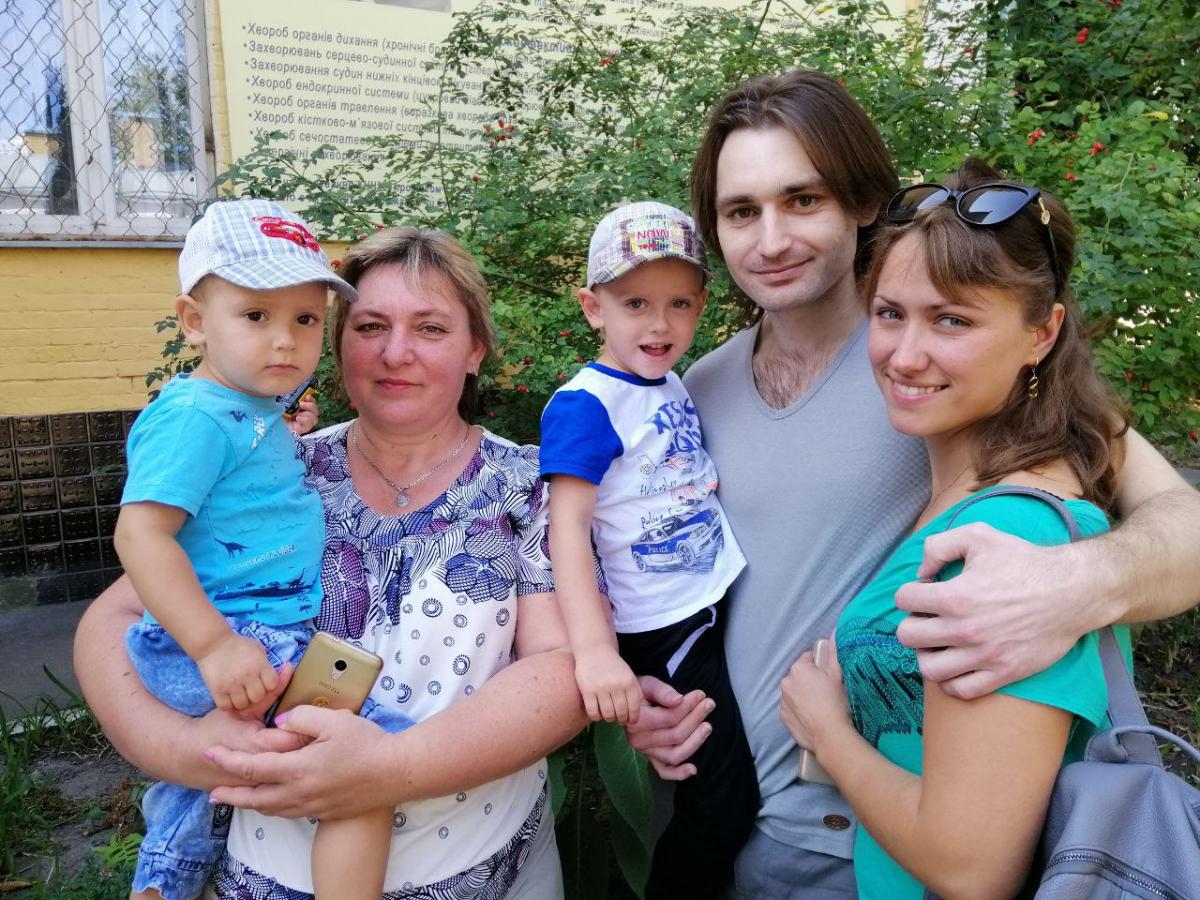 While we were being taken to court, we could talk to our fellow crew. We discussed who was doing what in their cells, what was happening to them in prison. For example, my neighbor and I could not find a radio in the cell for several days. It is mounted on the wall but I looked at it and thought it was ventilation, and the neighbor decided that it was intercom so he would speak into it, asking for cigarettes. We would laugh and support each other.

Were you thinking that you could get a maximum term?

We were facing six years max. Some 1.5 years at a pre-trial detention center and then we would've somehow coped with the remaining four years of doing time [laughs]. All these accusations would be ridiculous had this whole thiing not been so sad. We just tried not to think about it.

Did you discuss your passage with the crew? Or the attack of the Russians?

All lads should have a solid "A" for fulfilling their tasks. All acted as a smart mechanism. We took all we could from the situation we were in. The commander of the Yany Kapu tug, as his boat was being chased chased, pulled back and did a reverse. Russian warships didn't manage to slow down on time, tackled the bow of the tugboat, but the main blow fell on their own ship. From the testimony I remember that there was a two-by-four-meter hole.

In that turmoil, our reflexes helped us. Obviously, it was a scary situation. We are human beings, not robots.

Could you open fire at the adversary?

It's not up to me to take such decisions. Had there been an order, we would've opened fire.

When are you getting back to your Navy service?

When I'm told to. I'm okay if it's today. We can sail down the Dnipro Rive to the Black Sea to carry out our mission.