Crimean Tatars tell of deportation: ‘My great-grandma only had time to take just little kids’ clothes, her shawl and a single bowl.’

Thousands of Crimean Tatars used to gather each year in Crimea on May, 18 to honor the memory of their ancestors, deported  from the peninsula back in1944. Now Russia forbids this.

Seventy-one years ago, as Crimean Tatar men were fighting at the frontline along with other Soviet citizens, their women, children and the elders were deported from Crimea. A terrible decision of the Stalinist regime of forced relocation of the Crimean Tatar people way off to Central Asia led to the deaths of about 80,000 of the deportees. And the survivors were stigmatized for decades by deceitful Soviet propaganda as “traitors”...

There are very few people left in Crimea who personally experienced the deportation. But each of the Crimean Tatar family has its own story of the near genocide. The ancestors of Kamila Saadat lived in Simferopol. Her grandmother Sophiye Tahtaganovf was deported to the Urals. She was 20 at the time of “resettlement.” The grandmother’s older sister was also forcibly evicted, with her two children. The woman’s one-year-old younger son died from the cold on the way to their new appointed place of living. Sophiye Tahtaganova’s cousin did not want to leave, like everyone else, so he jumped off the train and just went back home. He spent 25 years in prison for this “offense.”

“My grandmother told me that ahead of deportation, a horse was killed by shelling near their home, so they made sausage out of it. They would eat that sausage all the way to the Urals, because only a bag of bread and a bucket of soup were provided for the whole train car, packed with people,” says Kamila.

In the Urals, the girl’s relatives were placed in barracks and sent to work to fell trees. “I cannot imagine how my grandmother and her sister, being so young, felled trees. I think that in addition to physical strength, they had an amazing mental strength,” says Kamila.

Evelyna Arifova was also told about the deportation by my grandmother. “My grandmother, five years old at the time; her sister and their mother lived in Bakhchisarai area in the village of Kermenchik (today, it is called Vysokoye - UNIAN). Some people came and said that they had 10-15 minutes to pack their belongings. My great-grandmother only had time to take just children’s clothes as the kids were too small, also her shawl and a single bowl,” says the woman.

According to Evelyna, her great-grandmother was deported while her great-grandfather was held prisoner by the Nazis and he did not even know what tragedy had happened to his family. The girl’s family was also taken to the Urals. At first, Evelyna’s grandmother lived in the woods with her two young children. “My grandmother told me that it was very cold, they warmed themselves by the fire while the wolves were circling around. But local residents sympathized with the deportees, so they would ask them to help around their gardens and then pay them with potatoes. This is how they survived,” Evelyna shares her memories.

Lilia Ahtemova learned about the deportation from her grandfather, who was eleven years old at the time of eviction from his home in the village of Priyatnoye Svidaniye. Lilia says that her grandpa always tears up reminiscing on those days, and often repeats, “I have no idea how we survived.”

“My grandpa, together with his three brothers, his mother and his grandmother were taken by a truck to the railway station. People were “stuffed” into cattle cars. There was so many of the deportees, that it was impossible to even sit down. They were fed rarely during their travel. They were given a just bucket of soup, while another bucket served as a toilet. They traveled for 17 days in such conditions. Many died on the way, and their bodies were just thrown out of the cars during stops,” says Lilia.

The family of Ahtemova’s grandfather survived the journey. They were brought to Uzbekistan, where the local population was preset to “welcome” the enemies and traitors from Crimea. Therefore, the attitude of local to the deported Tatars was unfriendly. The family lived for a long time in an ordinary stable. Lilia’s grandfather worked with his elder brother at a local farm just to earn their so-called “labor days”, that is, without pay. Sometimes they were “paid” with a bowl of soup consisting of water, a piece of beet and potatoes. Their third brother, the youngest one, could not work at all. Due to constant malnutrition he suffered from rickets. “They would eat everything that was possible to find, even potato peels,” says Lilia Ahtemova. 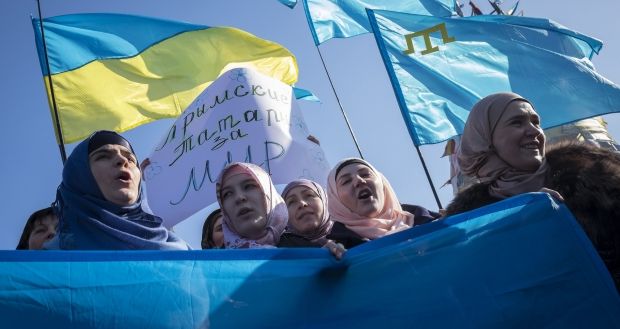 For Kamila, Lilia and Evelyna, as for other Crimean Tatars, the Remembrance Day is very important. Every year, on May 18, the Crimean Tatars gathered in the central square of Simferopol for a memorial service. “On this day, we are all united – everyone from the smallest to the elderly would go to a rally to commemorate the victims of deportation. On May 18, we always remember the stories of our elders, tell our children about these events, about the effects of resettlement. Not to incite hatred, but to remember history and draw the right conclusions. We always pray on this day, we mourn those whose life ended prematurely, and those who survived, but their fate was still tough,” says Kamila Saadat.

Last year, after the occupation of Crimea by Russia, the Crimean Tatars had to move their event from the center of Simferopol to the city’s outskirts. The memorial service was held within a police cordon, and the gathering was closely watched by riot police.

This year, the Russian government completely banned the Crimean Tatar people from public gatherings in Simferopol. The authorities reasoned that Lenin Square does not provide for large-scale events, except for the events on the occasion of “state holidays.” Moreover, the illegitimate city government announced that some reconstruction is planned for May, 18. “It’s killing me, when people are prohibited from attending a memorial service to commemorate the victims, and when the square is surrounded by police vans and enclosed with a fence, as if there are animals there,” says Lilia Ahtemova, full of resentment for the actions of the Russian occupiers.

However, the current ban on the memorial rally in Crimea caused no surprise among the Crimean Tatars. “It was no surprise for us that they would ban a mourning ceremony in Crimea. So we were prepared – we have shifted such activities from Simferopol to Kyiv,” says the Chief of Staff of the Presidential Commissioner for the Crimean Tatar people Arsen Zhumadilov.

Crimea in exchange for the Donbas? 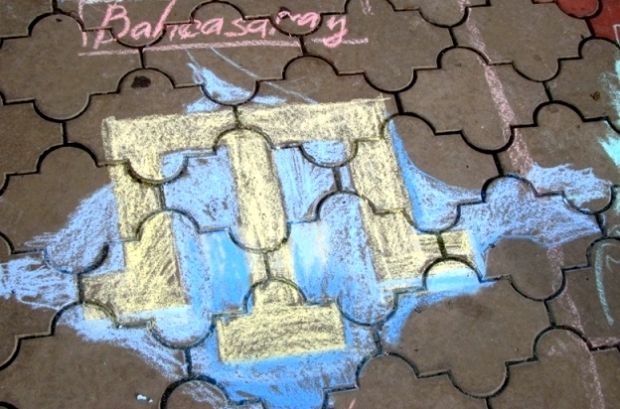 Prohibition of Remembrance Day is not the only consequence of the occupation / qtmm.org

According to him, the prohibition of Remembrance Day is not the only consequence of the occupation. The Crimean Tatars have been subject to massive persecution for the whole year, tying all this time to draw the world’s attention to the problems created by the occupation. Unfortunately, they have seen no success so far. “We have to focus primarily on the very occupation that preceded these events, not on the fact that the occupants relented and allowed us get together for just one day, stresses Arsen Zhumadilov. We call upon the international community to exert pressure on Russia. Our goal is that Russians leave Crimea together with their troops.”

So far, the set task of living a full life in their homeland – is only seen as long term. “The stance of the indigenous people and their attitude toward the aggressor is clear. The task of the Ukrainian government is to create a format in which the issue of Crimea’s de-occupation would always be on the agenda of all international meetings and negotiations, said Yuriy Smelyanskiy, expert of the “Maidan of Foreign Affairs” fund.

According to him, it is clearly reflected in international law that “the right to determine the fate of their homeland belongs only to the indigenous people.”

The expert admits that the Kremlin is considering the issue of “exchanging” the Donbas for Crimea. That is, Russian-terrorist troops can get out of the eastern Ukraine if the global community “forgets” about Crimea. However, according to Smelyanskiy, Ukraine should foil this scenario by any means. “Today, the issue of the territorial integrity of our country can become part of the national idea. In our opinion, a country’s “maturity” would not be taken seriously worldwide if it didn’t value its territorial integrity. Therefore, in our view, the issue of de-occupation of Ukrainian territory, without exception, should be that one red line, the crossing of which would become “politically fatal” for all government officials and local authorities. And this “political death” should be inevitable and swift, coming with every attempt to start talks on the subject of disowning at least part of the country,” the expert said.

According to him, the real and full support from the international community can be expected only in the case of Ukraine implementing its own real, not declarative, policy of de-occupation of the Ukrainian territory. “The global community can be of great help to our country in the issue of ending the war, the restoration of territorial integrity, achieving compensation for damage, but there is one condition - our government must take real steps to change the system in our country. They should not talk about future developments, but change the country on an everyday basis. Then the international community will start helping us in the way that we would like it to,” said Smelyanskiy.