Story of Holocaust on Instagram: How "Eva.stories" was created

Although International Holocaust Remembrance Day is marked in January, a project dedicated to this day generated global debate about the ethics of talking about genocide on the Instagram entertainment platform sparked back in May last year. UNIAN met with the producers of Eva.stories and found out how the resonating project was created.

On May 1 last year, an Eva.stories account appeared on Instagram. It is a Holocaust-based web series. The story is based on real diaries of 13-year-old Hungarian Jewish girl Eva Heyman, who died in an Auschwitz gas chamber in 1944. Seventy short episodes show the last months of Eve’s life, the Nazis' seizure of her hometown, the start of persecution of Jews, the ghetto, and the girl’s departure to a concentration camp.

The authors, sponsors, directors and scriptwriters of the project were Israeli businessman Mati Kochavi and his daughter Maya. Production was entrusted to a Kyiv-based Colorfilm company, which has long and closely collaborated with Israel on the set.

Colorfilm CEO Yana Kartun recalls negative comments about the project that came from Jews even before the series aired. Many called a chosen format – talking about the Holocaust on an entertainment platform –a mockery. "But Maya spoke correctly about this. What matters is not the platform, but the content. The platform itself is not superficial or highly intellectual. What some people spread, others watch," says Kartun.

"Perhaps, if we targeted a 30+ and 40+ audiences, the format would not be appropriate. But the goal of Mati and Maya was to get the attention of the younger generation as dry statistics wouldn’t work... By the way, when the series was released, many changed their negative opinion," she adds. 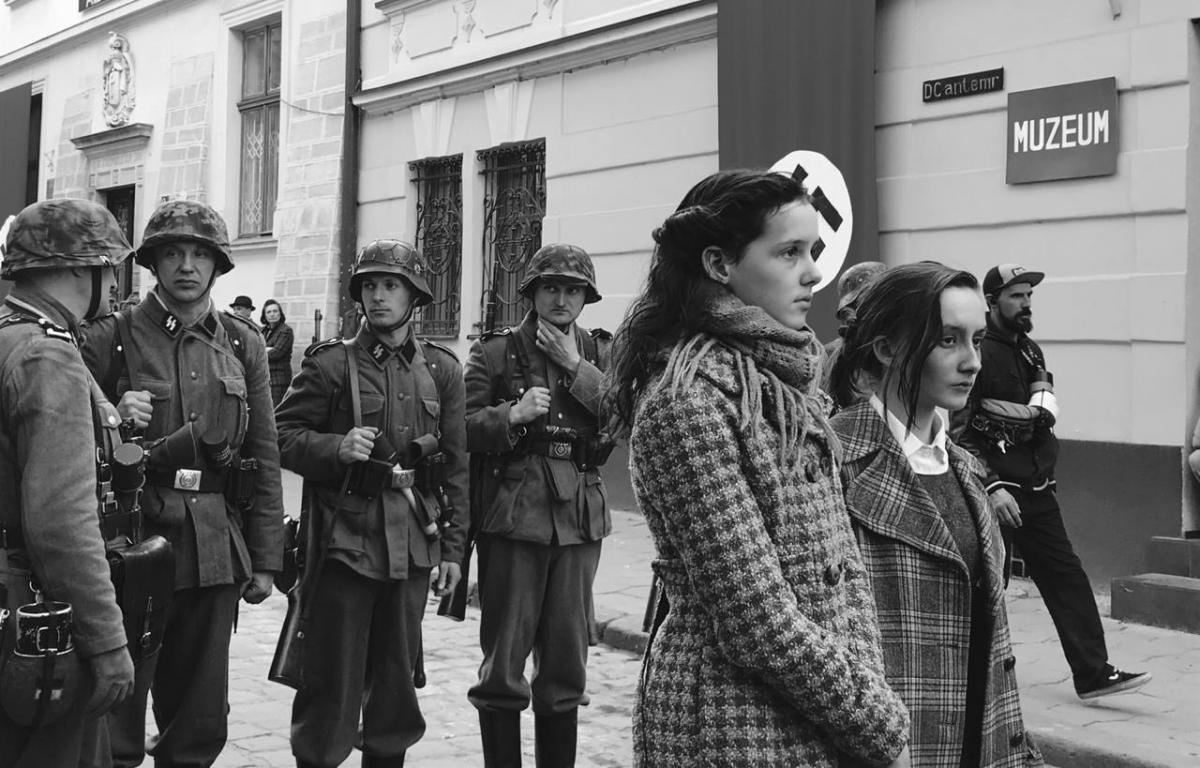 Colorfilm line producer Antonina Patramanska did not even doubt the relevance of telling about the Holocaust in the "stories" format. In her opinion, the combination of a modern format and emotional content is walking in step with the times, hitting the audience 100%: "Now the kids practically don't read, receiving information from social networks. Therefore, such an unusual way to convey serious information to them is a brilliant move."

"My daughter is 13, she is half Jewish, and she did watch Eva.stories. I didn't see tears in her eyes but what she saw made her think. And this is the most important thing," emphasizes Patramanska. 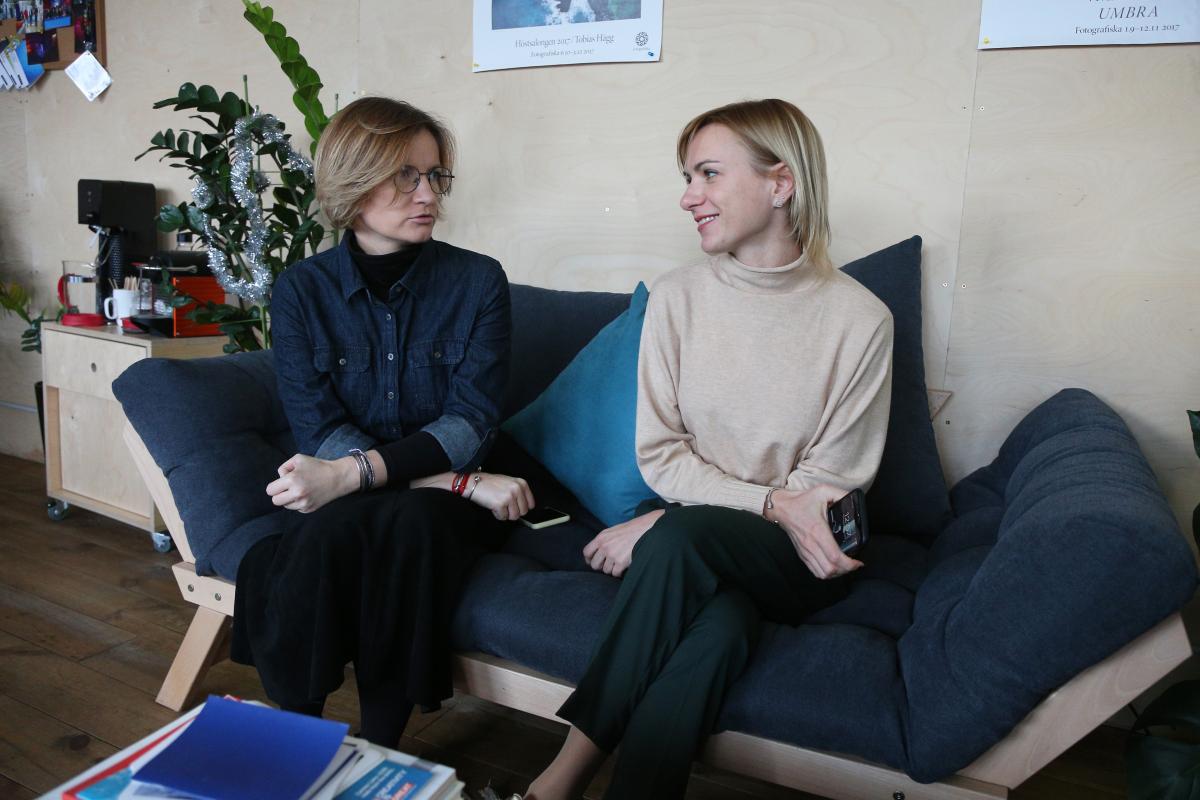 In search of a plot, Mati Kochavi and Maya re-read dozens of diaries of wartime adolescents – they looked for an image close to modern youths. According to the Colorfilm producers, the story of Eve was a right choice. "This girl believed in life to the end. Plus, she is a child of divorced parents – this is not quite typical for that time, but it relates to modern times," Yana Kartun explains.

For Colorfilm, work on the project began with a call from an Israeli producer they had already known asking if it was possible to get a German uniform from World War II times and a German tank in Ukraine. It was also important for the Israelis to find locations similar to Hungary of that era for filming. Therefore, they filmed in Lviv. "During our first joint trip to Lviv, they brought along a history professor, who had pictures of the houses and streets of Eva's native Hungarian town, Oradea. In Lviv, they saw a real similarity (after all, the city preserved its historical center, there are no air conditioners and signboards on building facades). So they didn’t waste time choosing a location," recalls Kartun. 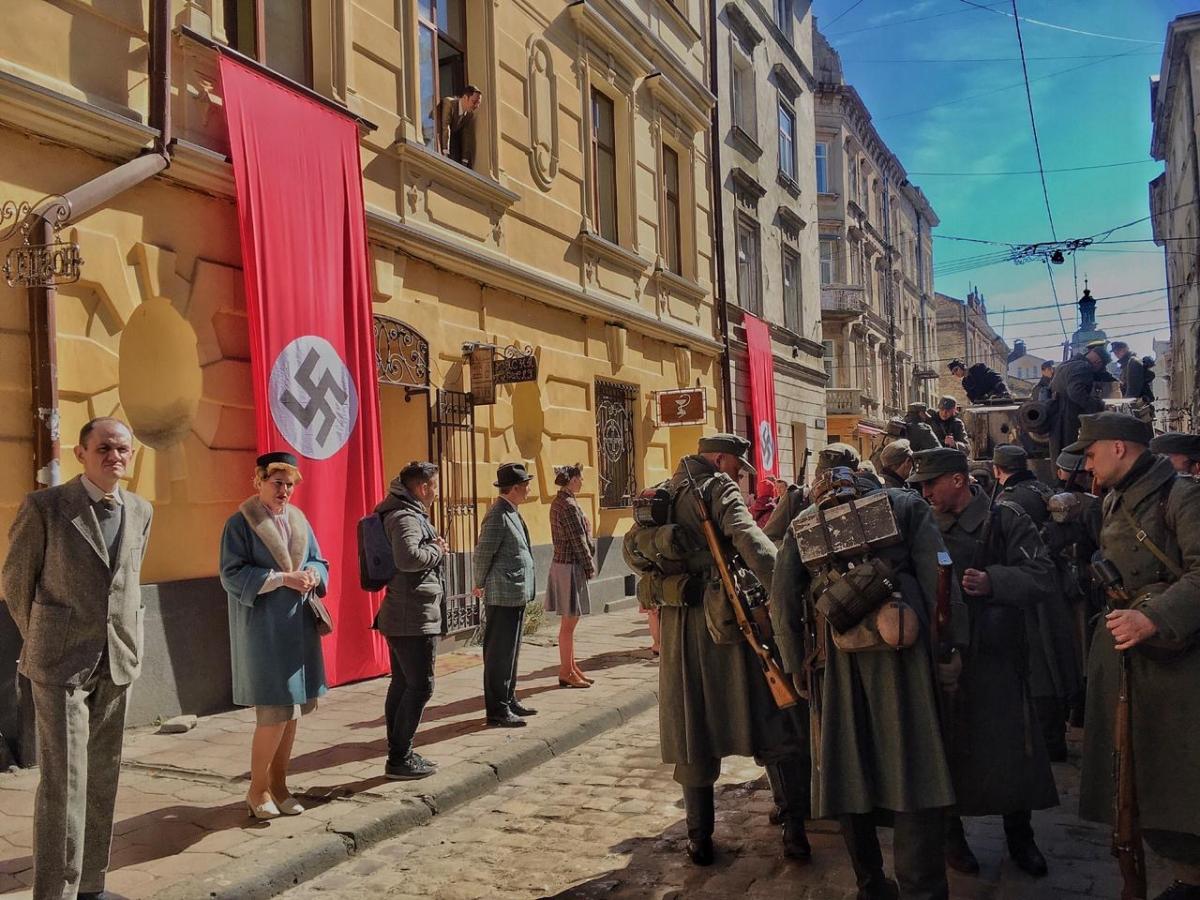 Work on the project was swift. Less than a month has passed from the day the customers first contacted the production studio until the first shooting day. "For Mati, it was important to start shooting on March 17, because the Germans came to Eve’s hometown that day. Plus, they were in a hurry to release a project for national Holocaust remembrance day in Israel on May 2," says Yana.

The team had about three weeks to prepare and many issues that needed to be addressed. For example, a tank was needed to shoot the Germans entering the city. They quickly abandoned the idea of ​​using the real one (the vehicle weighing at least sixty tonnes would crush paving stones and tram rails). Fortunately, a lightweight model was found. It had to be transported from Vinnytsia. To ensure the safe transportation to Lviv, the authorities were notified in advance and numerous permits were received. "We had police escort and parked the tank at three in the morning, so as not to block traffic," says Colorfilm line producer Antonina Patramanska. 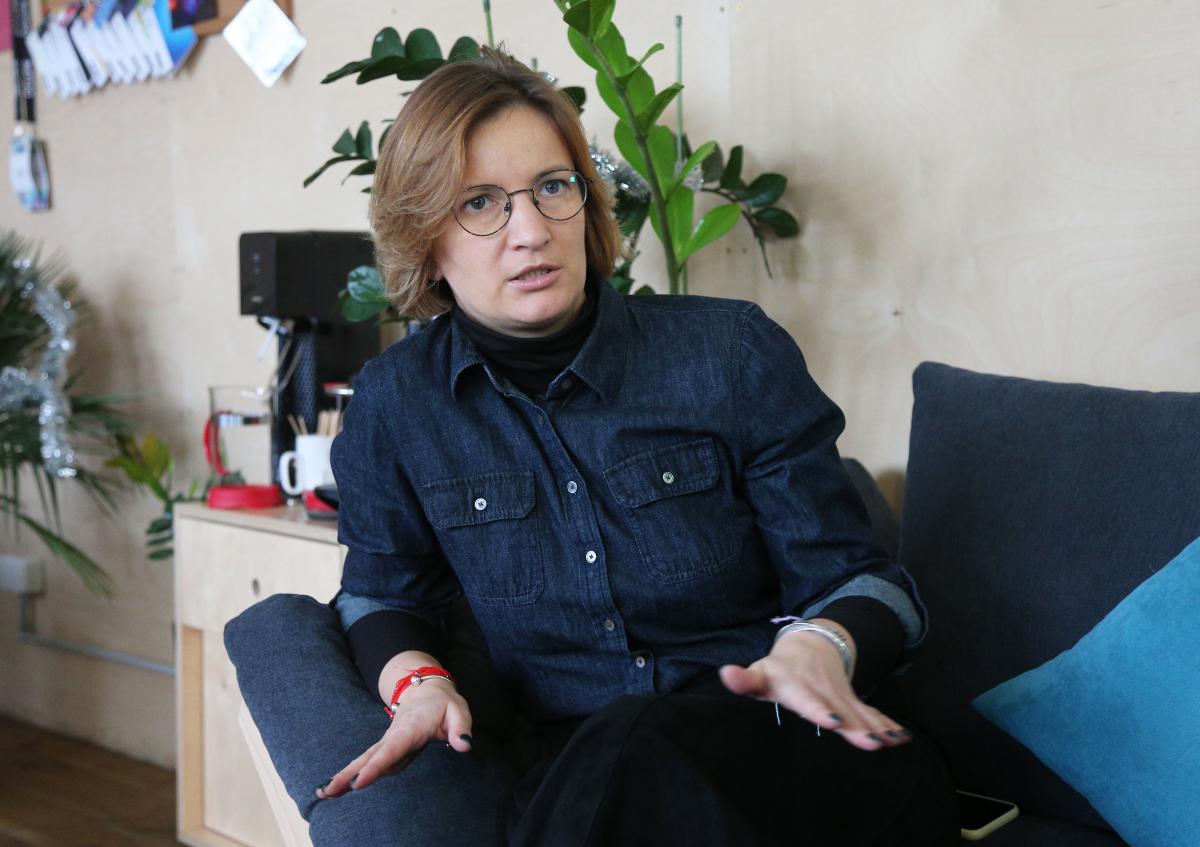 In parallel lines, they collected the necessary props and stage costumes. They stoke deals with the owners of the apartment rented for filming and collectors, and found the right furniture. The stylists of the project searched for costumes in the warehouses of film studios and bought some online. "We even had authentic lipstick and a mirror. And the guys would have makeshift cigarettes," said Yana Kartun, CEO.

The producers admit that at the stage of studying the script it was difficult to imagine how to shoot some scenes due to the vertical format of stories. "A 'breathing' camera is nothing new to cinema. But the vertical breathing camera is something new. In addition, it was necessary to show that Eve was shooting on a smartphone, without actually showing it," explains Kartun.

Due to the unusual format of stories, there were no complicated cameras on the set; everything was partially shot on phones and other specific cameras. "The scene where the girls ride bicycles, and Eve is filming a friend in front, could not be shot with a camera on rails or a golf car. This famous technique gives smooth motion, and we needed the video to shake a little. The operator had to ride a bicycle, too, holding a phone," recalls Yana. 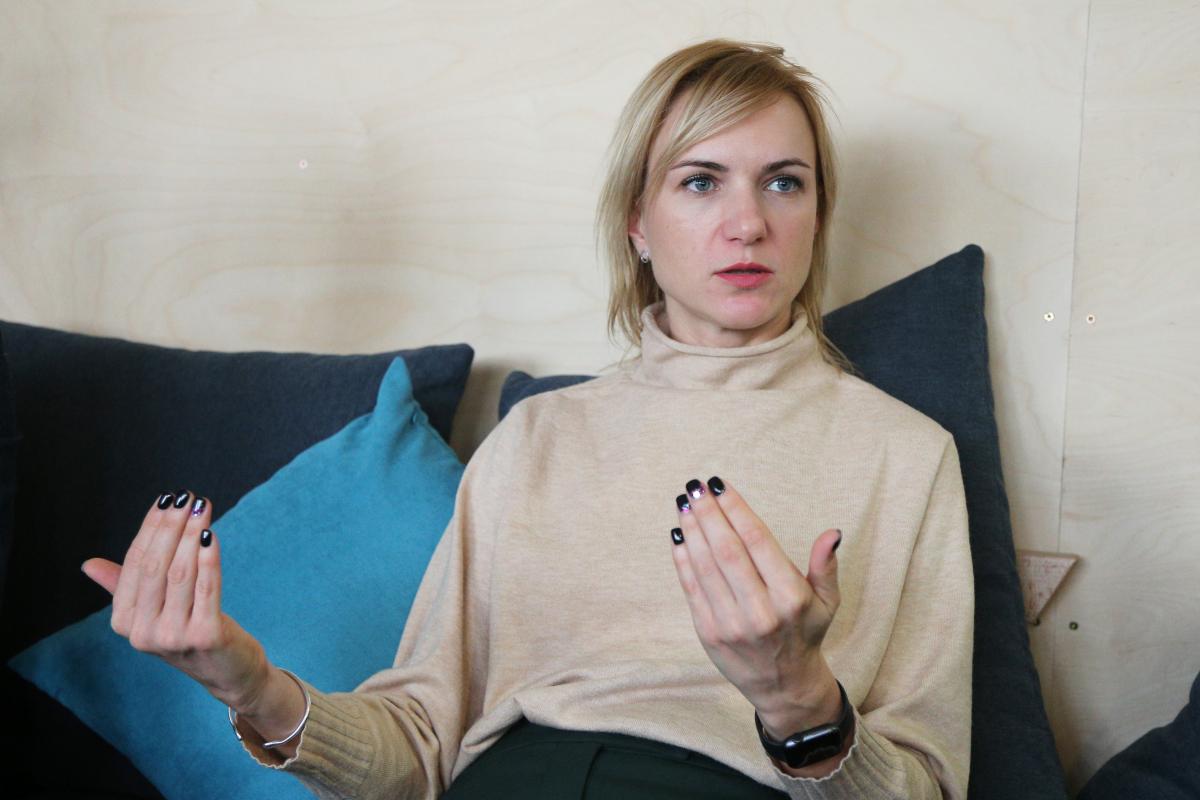 There were nine shooting days in total, therefore, sometimes, the producers had to “curtail” Mati Kochavi’s ideological remarks. For example, the day before shooting the scene of the train leaving for the concentration camp, he suggested changing the location and going to the Holocaust Museum. "But we had barely agreed with the rail station for this shoot. Plus, the Museum has only one rail car, and there is no way to shoot people being led along the cars. The option to build rails and put several cars in tight timing was unrealistic," says Kartun.

"In the end, we decided to shoot at the station. But the day before the shooting, I had to buy up black fiber to cover modern signs that got into the frame. Cons of quick preparation…" she adds with a smile.

About one hundred team members and several hundred extras took part in the filming. To shoot the most massive scene (the scene of the Germans entering the city), those involved in historical reenactors were attracted. "They have their own military uniform and weapons. They know what to wear it in accordance with the rank. They have their own leaders, they go in formation and respond to commands in German. We were sure that everything would be right historically. Therefore, we brought in reenactors from all over Ukraine," says Antonina Patramanska. 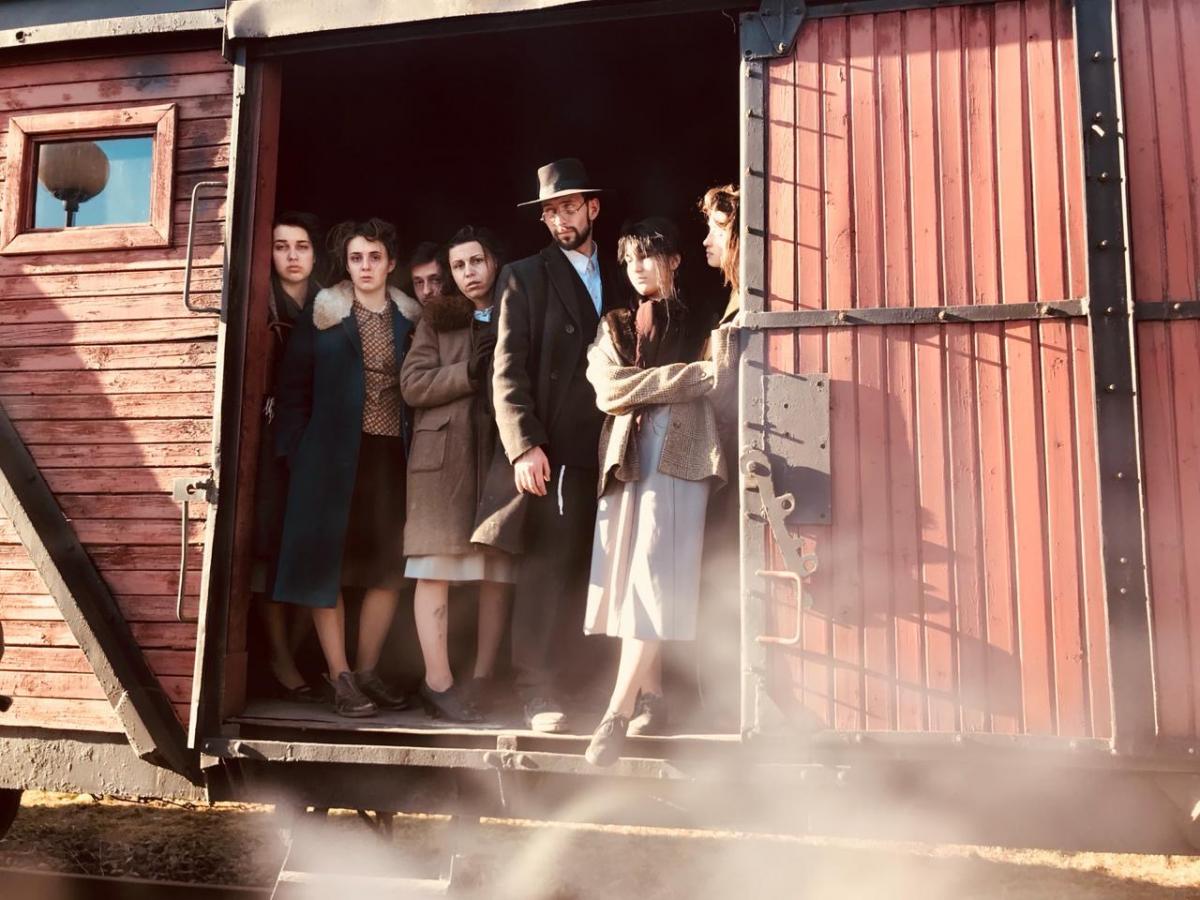 For secondary roles, the production organized film screenings in Kyiv and Lviv. But most of the actors were Brits, including the main characters - Eve and her friend Annie. By the way, strict timing was observed during the sets. "In Britain, there are strict standards regarding the work of children. A clear number of hours on the site, a mandatory break for classes with a teacher from the UK. And since Eva is always in the frame, we depend on her, so our working day was also regulated," Patramanska notes.

According to the Colorfilm producers, the girls got used to their roles so much that during the filming they had to be comforted a few times. "In the scene where a girl is taken by a soldier, the actress's crying was not fake at all and we had hard time comforting her inbetween the takes in order not to get he out of this stress. I can’t imagine what her dad felt at that moment (there were parents on the site) because we cried during many takes," Yana admits.

"Therefore, we tried to somehow do jokes at breaks so that children would not remain in a constant state of stress. After all, they were well aware of the significance of the film. Even Mati himself had personal conversations with them," adds Vlada Shlyamina, a casting assistant with Colorfilm.

After the release of the series, Israeli teens called young actresses to come to Israel, thinking they are Jews. 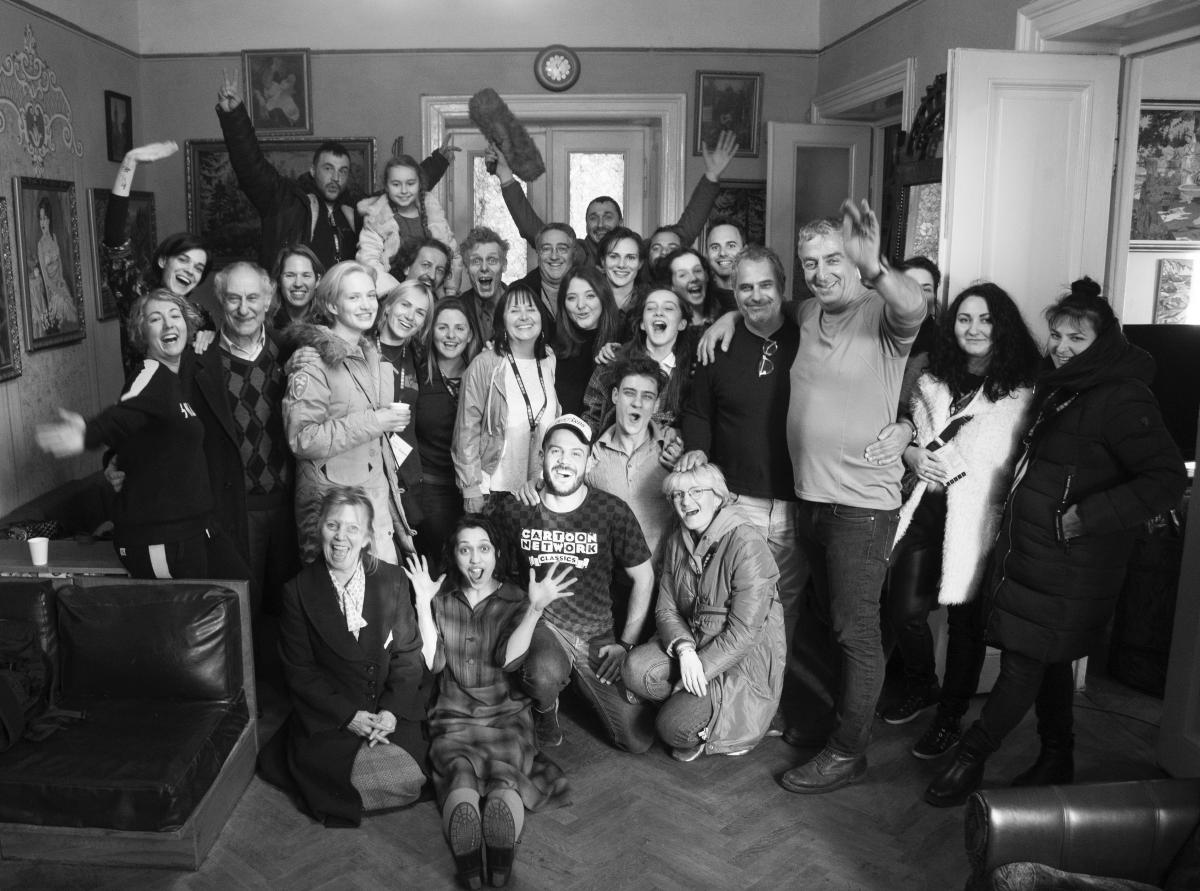 Colorfilm recognizes and emphasizes the importance of the mission of the Eva.stories project. It reminded someone of this story, but to many it was a first encounter. "Once a girl from Israel wrote to me. She asked why Hitler simply did not leave if he considered these people ugly? Why did he do this? I tried to calm her down, said how important it is to know the story so that this does not happen again," says Vlada Shlyamina.

The production team admits that they were happy to work on such an important project. But they did not even expect such popularity and reaction to it. "The other day, the president of Israel called on the people to watch Eva.stories, so the second wave was launched. A presidential flash mob," adds Yana Kartun.

After the premiere, Colorfilm was approached by the Jewish community with ideas to raise other Jewish topics. There was also a lot of talk about the idea of ​​covering the Holodomor tragedy in the same format. Colorfilm says that they would be happy to take on this task.