Crimea: The tourist boom in reverse

For many years, late May - early June used to be the start of Crimea’s high tourist season. Tourists from Ukraine, Russia, Belarus, and Poland traveled to the peninsula for a seaside holiday. Today, on administrative border checkpoints with the occupied Crimea there is indeed a boom in travel – but in the opposite direction.

More and more people from Crimea are now going to mainland Ukraine for groceries. The most popular routes are to Novoalekseevka, Genichesk, Melitopol, and Kherson. Local carriers even arrange special shuttle shopping tours. Those willing to save money, get together and travel in small groups.

Editor of the local Internet media outlet from Genichesk, Henadiy Osmak, talks about the rising tide of “shopping-tourists” from Crimea, “According to one of the Crimea residents, it’s become very difficult to get by. Considering current prices,  RUB 8,000 salary is only enough for a week for her family (as for many others), so people have to go for groceries up to Genichesk. The four of them take a train from Simferopol, then they cross the border at the Chongar checkpoint, and take a cab after that. They buy food in the street markets or in the supermarket. The Crimean resident says that, even taking into account the cost of the trip, it is still much cheaper than buying groceries in Crimea, where prices are 2-4 times higher.”

Interestingly, the range of goods bought by Crimeans in the mainland is constantly increasing. In particular, the elderly citizens from Crimea are purchasing large amounts of medicines in Genichesk drugstores. 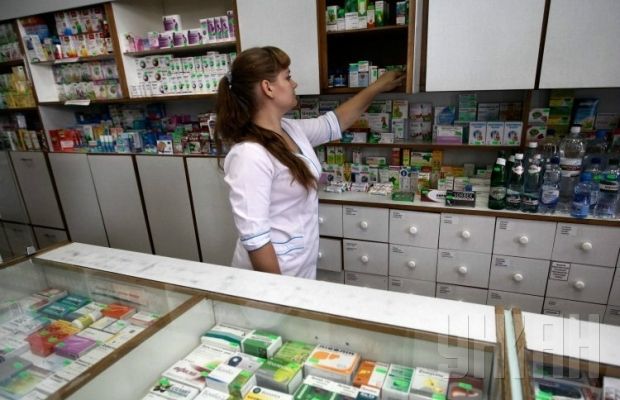 “There has been a greater number of shuttles over the recent weeks. In addition to the mentioned products, they are purchasing huge amount of medication. I personally witnessed how Crimean pensioners formed a large queue at a market drugstore,” said Osmak.

Crimeans do not hide from the mainland residents, that they had to become “tourists” due to the fact that the cost of food in the annexed peninsula is now two to three times higher than on the mainland, and the quality of Russia-made products, which are prevalent on the Crimean market is worse than that of the Ukrainian goods.

The increased demand has already resulted in higher food prices in the areas near the borders of the Kherson region, which has not at all amused the locals. However, this is also partly due to the start of the holiday season in cities like Genichesk.

Given this circumstances, the Crimean shuttles actively switched to large non-resort cities. In particular, many Crimean vehicles have been spotted lately on the Kherson markets during the weekends. Dozens of buses with the Crimean “tourists” come there, while the Crimean residents can be identified by their huge bags. They purchase the food without much haggling, thus pleasing local vendors, and mostly buy meat, sausages, cheese, and canned food. The “tourists” also visit supermarkets for some delicacies. 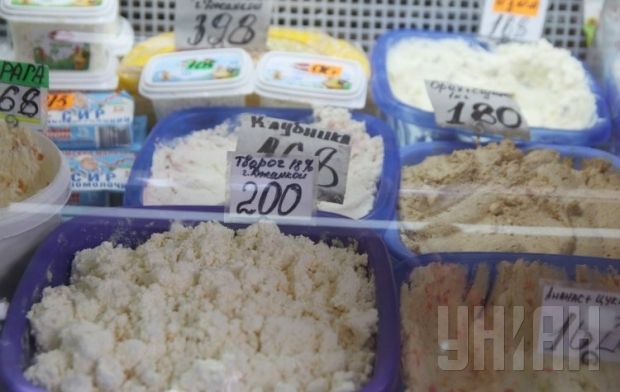 UNIAN spoke with one such shopping tourist - Dmitry, living in the suburb of Simferopol. He told us that it was not the first time he had come to Kherson for groceries. Despite the high cost of the trip (the round trip costs UAH 800-1,000) it is still worth it, according to Dmitry, because he can bring enough to feed himself, as well as his acquaintances, friends, and neighbors for two or three weeks. In addition, Dmitry has been having more free time in recent months, as his business is experiencing difficult times.

“The company I work at is engaged in outdoor advertising. Now there is a halt in this business, as in most other businesses in Crimea. There are very few orders. Basically, there are just “social” ads (public service ads - UNIAN), but they are worth little to nothing. And recently the local officials made us even “happier” - they reported that the authorities in Moscow were dissatisfied with plenty of outdoor advertising on the Crimean roads. We have been warned that advertising boards will soon be cut down. It is unknown whether our company can survive,” says Dmitry.

Traveling from Crimea to the mainland and back is a very unique issue with many nuances.

In particular, it is not as difficult to get from Kherson to the peninsula as people tend to believe. This we were told by Vladimir, a tourist from Kherson, who had made a hiking trip to the Crimean mountains this May. According to him, he and his friends rode the commuter train from Kherson to Vadim (near the regional center of Kalanchak). From Vadim, they took a cab to the Kalanchak checkpoint for a UAH 150 fare. Having crossed the border on foot, travelers took another taxi and drove to Armyansk, where they were met by their friends who drove them to their destination.

It was even easier on the way back. Once they arrived at a bus to Dzhankoy, Vladimir and his friends were transferred to another bus, and for a UAH 200 fare per person they took a ride to Kherson.

Also, the tourist said that in comparison with the number of tourists, which had been observed in the Crimea in this period, 2-3 years ago, one can safely say that today, there are just no tourists at all. 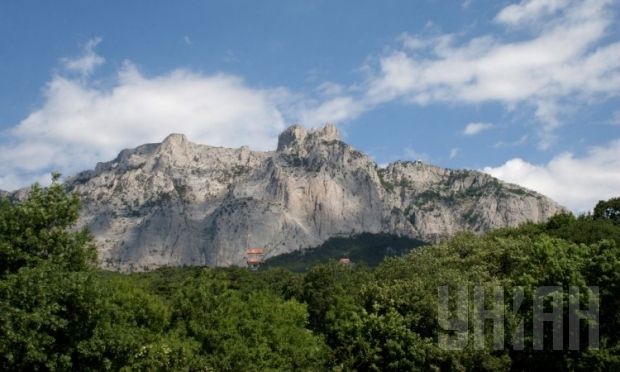 “Only locals hike in the Crimean Mountains these days, it's a fact. But there is also a positive thing – there is less littering in the mountains,” says Vladimir.

Crossing the border near Genichesk is a bit different thing.

“There are buses chartered by Comet Plus communal company going from Chongar to Genichesk and Novoalekseevka. Also, there are plenty of private carriers. The Crimean residents travel by train to Chongar, and then take a taxi in groups of four further to Novoalekseevka,” says a journalist Henadiy Osmak.

At the same time, Osmak said that there is no problem for intercity buses to go to Crimea from mainland Ukraine and back.

“We have taxi drivers who would take you straight to Simferopol. They are already familiar with local border guards and customs officers. They arrange things to cross the border faster. They pay them,” says Osmak.

According to the journalist, the taxi drivers claim that they have to pay for everything at the Chongar checkpoint: for truck crossing, for rapid passage, even for a place in a queue through customs. 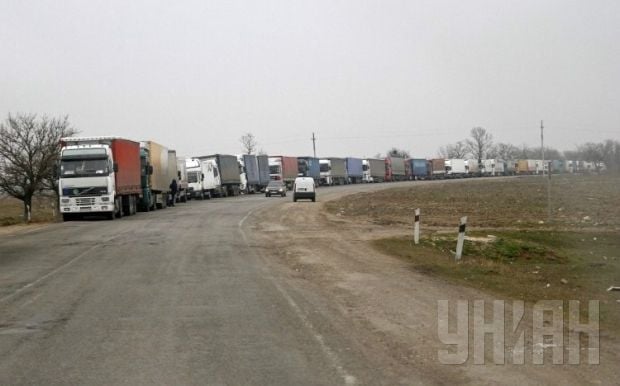 Osmak also claims that there are long queues of backpackers who are trying to get to Crimea through the Chongar checkpoint.

“The queues on the border are consistently long. They are slow. Basically, the line queues consist of those who come by train to Novoalekseevka and want to get to Crimea,” says the journalist.

We should note that the passenger vans with a destination sign “Simferopol” openly await their clients at the railway station and at the bus station in Kherson. The fare is UAH 400. It will be RUB 1,200 to travel back to Kherson from Simferopol. Curiously, the drivers usually recommend booking a place in a van beforehand, as the demand for such trips is growing.

Arkadiy, a businessman from Kyiv gave another interesting commentary on corruption at the border. He previously lived in Donetsk, his company was engaged in real estate. After the annexation of Crimea there are a lot of the company’s facilities left on the peninsula. After the outbreak of hostilities in the Donbas, the businessman and his family moved to Kyiv, and he has been traveling to Crimea several times a month, to sell the remaining property.

According to Arkadiy, there is corruption both on the Ukrainian and on the Russian side of the border. But the authorities have different approaches to solving this problem.

“Russian border guards and customs officers are being rotated almost every month. They come to work in Crimea from all over Russia. It does not completely solve the problem of bribes, but the level of corruption on the Crimean part of the border is much lower than that on the Ukrainian side, where the rotation of border guards and customs officers is extremely rare. However, the Russians “compensate” this advantage by a high level of rudeness in dealing with people crossing the border. Ukrainian border guards are so much more polite,” says Arkadiy.

Also, the entrepreneur said that after last year's boom in the purchase of real estate in Crimea by the Russians, the demand for apartments and houses on the peninsula has fallen dramatically since the end of last year. Arkadiy explains this phenomenon with the uncertainty about the fate of the occupied territory and with the prolonged “dead season” in the Crimean tourism business.