For future generations: 10 iconic structures across the new Ukraine

24 first years of Ukraine's independence will not only be remembered for the two Maidan uprisings (the Orange Revolution and the Revolution of Dignity) and a bloody war with Russia, but also for outstanding construction projects that were completed in the years of the Free Ukraine to serve many generations of our descendants. UNIAN is presenting top 10 most iconic construction projects of the independent Ukraine.

Our rating of Ukraine’s 10 most iconic buildings is subjective, of course. Perhaps each of our readers will have their own version of such a top list, with their own favorite mall or an equally favorite garage.

There are some projects on the list, the construction of which has begun in the last years of the Soviet era. But all of them have been completed in the times of the independent Ukraine. Hopefully they will be used by many future generations of Ukrainians.

We have also included the eleventh position in our rating, giving it to the Donetsk International Airport named after Sergei Prokofiev. It will serve as a monument to the madness of war and a reminder for our descendants of the crimes of those who decided to put our country on its knees. Built in 2012 for the Euro-2012 Football Championship, the brand new airport terminal was completely destroyed by the Russian military, as well as by the militants who had been trained and financed by the Kremlin in 2014 - 2015.

1. Completion of unit 6 at Zaporizhzhya Nuclear Power Station (NPP) has made it Europe’s largest, while the start of operation of unit 2 at Khmelnitsky NPP and unit 4 at Rivne NPP has put Ukraine on the seventh place in the list of countries with the largest NPP capacities. 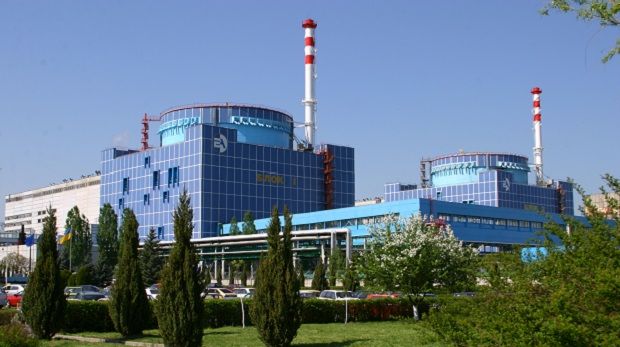 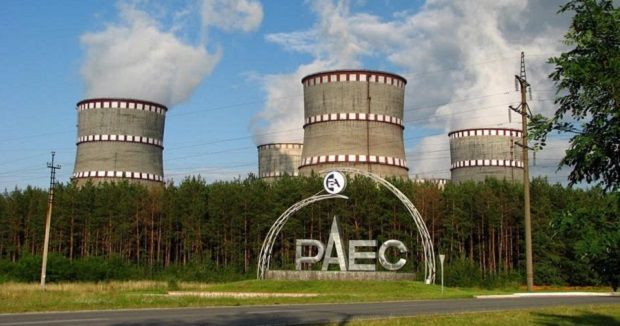 According to various estimates, our country has spent $1 billion in the years of independence to complete construction of the three NPPs.

2. Dniester Pumped Storage Power Plant. Completion of all its hydraulic units will make it the world’s fourth largest hydropower station. 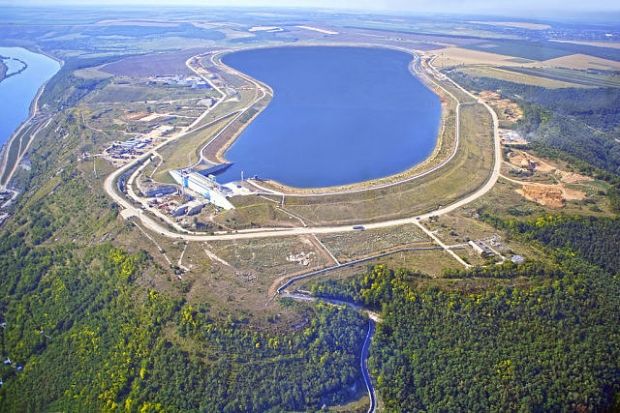 The cost of the first stage of construction alone was nearly UAH 11 billion.

3. Chornobyl New Safe Confinement - a massive steel arch, which by the end of 2017 will have covered the fourth unit of the Chornobyl NPP in 1986. The project worth over EUR 1.6 billion is being implemented by an international consortium. 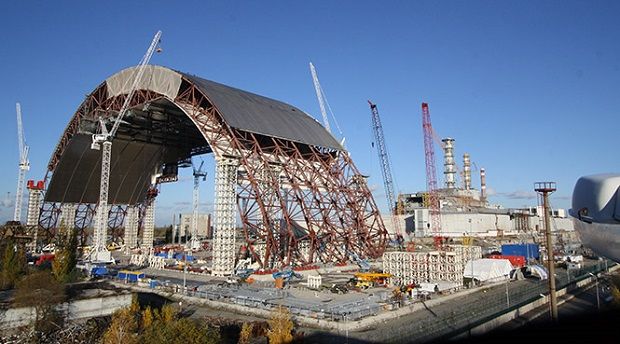 A special international fund has been financing the project, with the European Bank for Reconstruction and Development being a manager of the funds.

4. The airport "Lviv" named after Danylo Halytsky. It is a gateway to the country’s tourist capital. The terminal was financed primarily from the budget (about UAH 2.4 billion) and built in record time ahead of the Euro-2012.

The airport was built by the international standards of aviation and passenger safety. Modern technologies to facilitate the travel of handicapped passengers were also implemented.

5. The new Darnytskiy Bridge across the Dnieper River was being built from 2004 to 2011, with the construction cost of nearly UAH 9.1 billion. Crucially needed for the city to unload the other existing bridges, so far it has not been able to fulfill this task due to the inefficiency of the intersection on the left bank of the Dnieper. 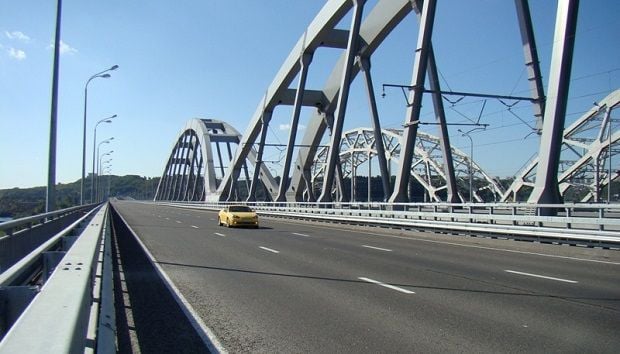 The locals also colloquially call it the Kirpa Bridge – after the initiator of the project, ex-transport minister Georgy Kirpa.

6. Pivdenniy (South) Railway Station in Kyiv. A large-scale reconstruction of Kyiv railway station was carried out in 2001. 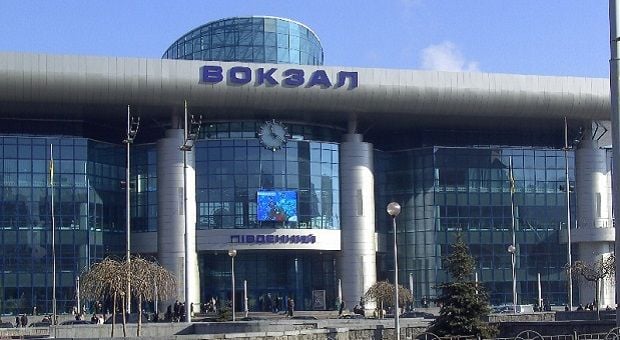 The new terminal was built in just six months. It is connected with the main terminal built in 1927-1932 with a passenger hallway crossing.

7. The capital’s 148-meter high Gulliver shopping mall with its 35 storeys of the business center is the second tallest building in Ukraine. 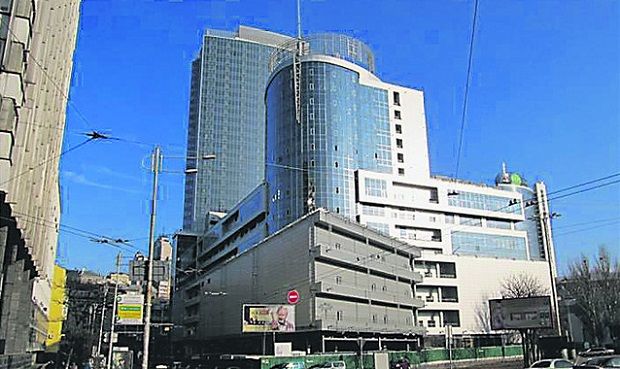 Built in the years 2003-2013, the building accommodates a business center, a multiplex cinema, a fitness center, a supermarket, boutiques, and a lot more.

8. Parus (Sail) business center in Kyiv. Built in 2004-2007, a 33-storey and 133-meter high building (its total height is 149.5 meters, including the antenna on the rooftop), was considered the country’s tallest building for the first three years since completion of its construction,. 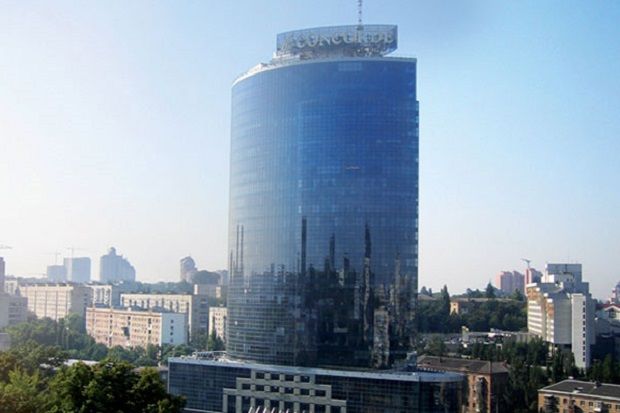 But Parus conceded its title to another building nearby – a 168-meter high residential complex on Klovsky Descent.

9. A residential complex Comfort Town in Kyiv. Developed since 2010, a 28-hectare wide complex has become a really comfortable European-style town in the heart of an old Darnytsya industrial zone. 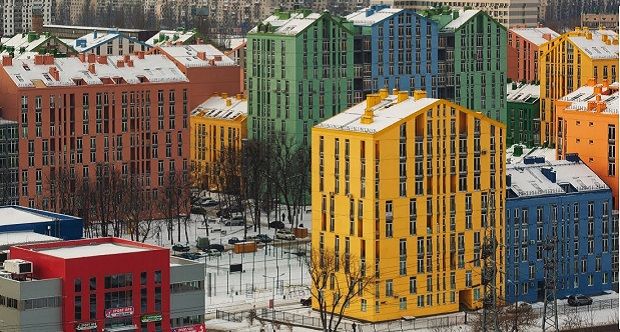 The complex consists of multi-colored buildings with five to 16 storeys, built in the territory of a former Kyiv Volcano factory. By August 2015, more than 3,000 apartments have been built and sold.

10. A Puppet Theatre in Kyiv. Built in 2005 on the site of the former Dnipro theater, it looks like a fairytale castle. It has long become a favorite destination for many children in the capital. 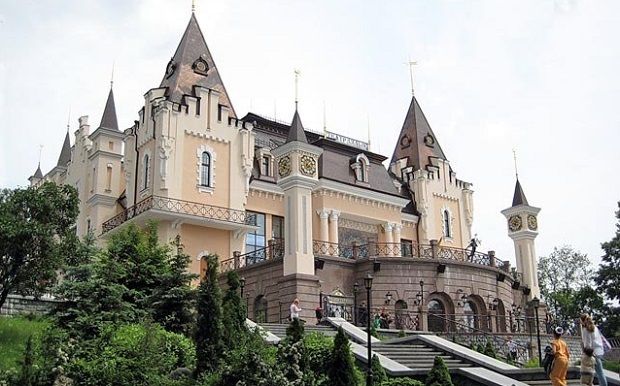 A "Puppet House" was one of the few theaters built in the independent Ukraine. 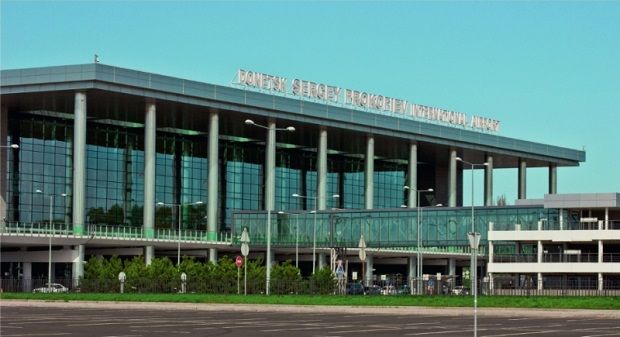 Donetsk airport was destroyed by the Russian military and Russian-backed militants in June, 2014 – January, 2015.