Almost 12,000 Ukrainian children require adoption. But due to the nature of Ukrainian society and national legislation, many orphans continue and will continue to grow without parents. Moreover, about 25,000 parentless kids, once grown up, will become homeless as well.

Recently an Odesa man found a bag with a newborn baby out on the street. The mother apparently left her baby outside the regional hospital, leaving her child an "inheritance"of  some baby clothes, diapers, and a note wit the child’s name on it - Ivan. "Patrol police examined the child and called an ambulance immediately. According to the doctors, the baby is around two weeks old," as reported by the press service of the Odesa patrol police. Basically, under favorable circumstances, there is a small chance for this child to get a new family. But most stories of abandoned children, unfortunately, see no happy end.

According to the spokesperson of the Ukraine without Orphans Alliance Svitlana Kharchenko, there are some 104,000 children living in Ukrainian orphanages at the moment. "Of those, only a little over 6,500 may be adopted. All the rest are children who were placed in boarding facilities at the request of their own parents. That is, they cannot be adopted," she said.

In addition, another 12,000 children can get a family by being raised in families and family-type orphanages or in families or guardians/caregivers, rather than by being adopted.

However, those who may be adopted will not necessarily become the lucky ones to be chosen. The thing is that for most families who consider adoption, a "perfect child" means a healthy baby, under 10 years of age (even better if it's an infant), who has no siblings. But, according to Svitlana Kharchenko, there are just a few hundred of children in Ukraine who fit this description. At the same time, almost 90% of children available for adoption are those in their teens, they may have some disease. Moreover, almost in 100% of the cases, they have brothers or sisters. Unfortunately, only 5% of households ready for adoption are OK with taking children over 12 years of age.

Given such grim statistics, the expert believes that it is necessary to proceed from the principle of "finding a child for the family" to the principle of "finding a family for a child." "Older children also need parental care. But families must carefully prepare before they take these kids because they are already injured, they are "difficult", they’ve got scars on the bodies and in their hearts. There should be professional counseling in the process of selecting candidates for adoption and finding parents for a particular child," says Kharchenko.

According to her, for the successful implementation of this approach, a legislative rule should be introduced to oblige the candidates for adoption to take up some training, thus preparing for welcoming their new child. In addition, the expert believes such training  would also be useful for those who chose to become biological parents. This is the way to prevent the emergence of potential orphans.

Parenthood is something to be learned

Head of Change a life – Ukraine Charity Fund Leonid Lebedev also believes parenthood is something people learn. According to him, one of the major mistakes of most adults is their belief that each of them will automatically be mom or dad, but that’s not how it works. "It is also a profession, and you should learn how to do things, constantly improving your parental potential," says the man who, himself, has some considerable experience of adoption. Together with his wife, he raises six foster children. 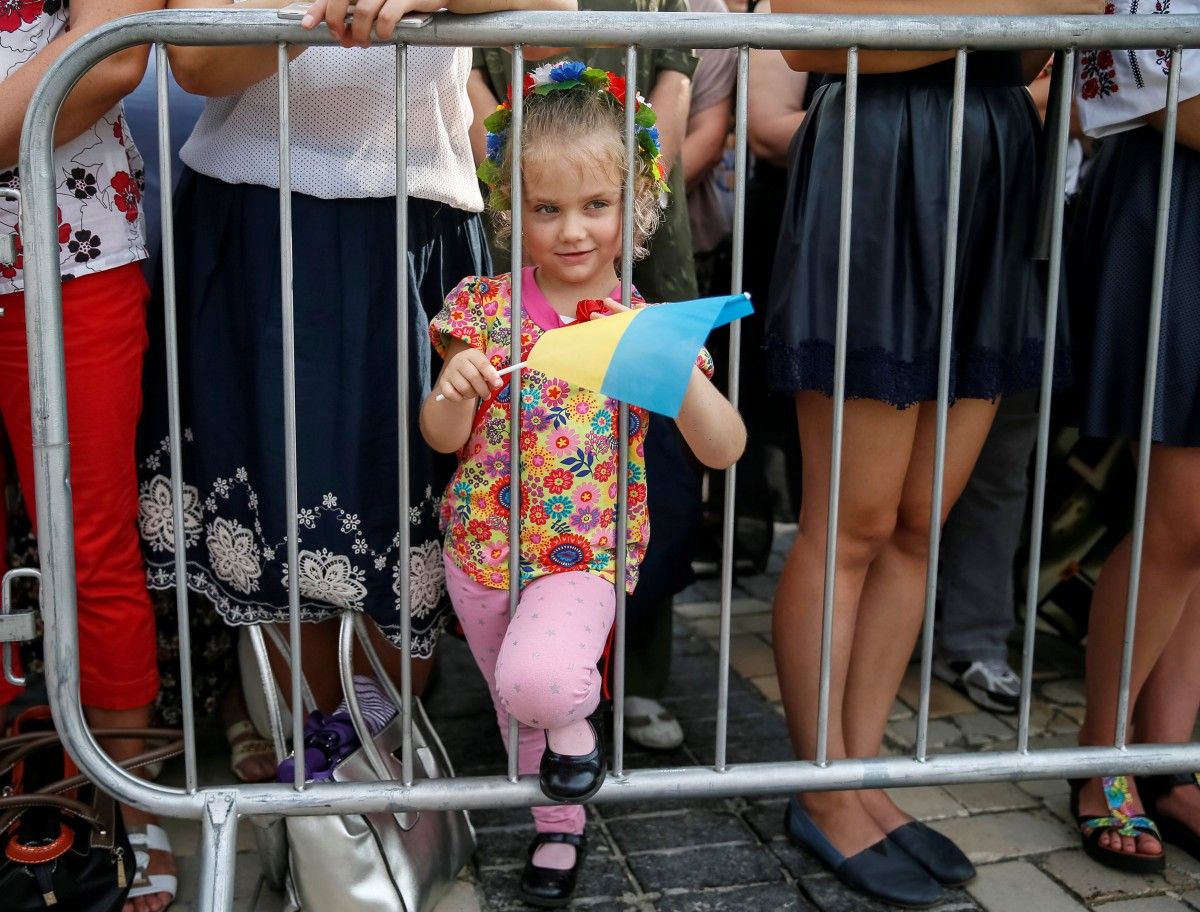 According to him, fear is the greatest obstacle to adoption. "That’s because potential parents are afraid genes, karma, they believe that the child will almost always go in the “bad” footsteps of their biological parents. But there’s no need to be afraid. The way you raise the child will mold the person in them."

Of course, there are cases when some families further injure their foster children when these families overestimate their capabilities, when they don’t turn to psychologists when needed, and when they don’t communicate with other families who have a similar experience. Moreover, in the acutest cases, the children are even taken back to the orphanage. According to official data of the Ministry of Social Policy of Ukraine, the courts in 2015 issued 21 rulings in this category of cases. This year, 16 children have been returned to the State from under adoptive custody.

Leonid Lebedev extremely indignant this situation. And, yet, over the past two years, according to Lebedev, the Fund managed to find families for 151 children. "I recently received a letter of gratitude from a U.S. woman. She wrote to thank us for her son. That’s a boy, three-four years old now, named John. He is seriously ill, so we are very happy to have found foreign adopters. I believe they do all they can to help him recover," says Leonid.

In general, all paperwork takes three to six months. On paper, everything looks pretty simple. You must first submit an application to your local social services. Within ten days, this agency has to examine the living conditions of the applicant and draft a conclusion on the possibility of adoption and then move on to register an applicant as a candidate to adopt a child. Then the candidate gets familiarized with records on orphans, then they get acquainted with the child and submit another application (this time, for the adoption), then social services kick in again with their check, and the court hearing happens. After that, the child becomes a member of their new family.

However, according to experts, the process is often delayed. First, because the families often cannot find the child that would fit an "ideal image" drawn in their imagination.

Second, it’s because of corruption in the adoption process. According to the spokesperson of the Ukraine without Orphans Alliance Svitlana Kharchenko, officials may extort bribes from parents in courts or social services, promising to "accelerate the procedure". And families agree to this, the expert says, outraged. Moreover, they refuse to testify on corruption abuses fearing that the child may be hurt in the end and the whole adoption campaign may fail. 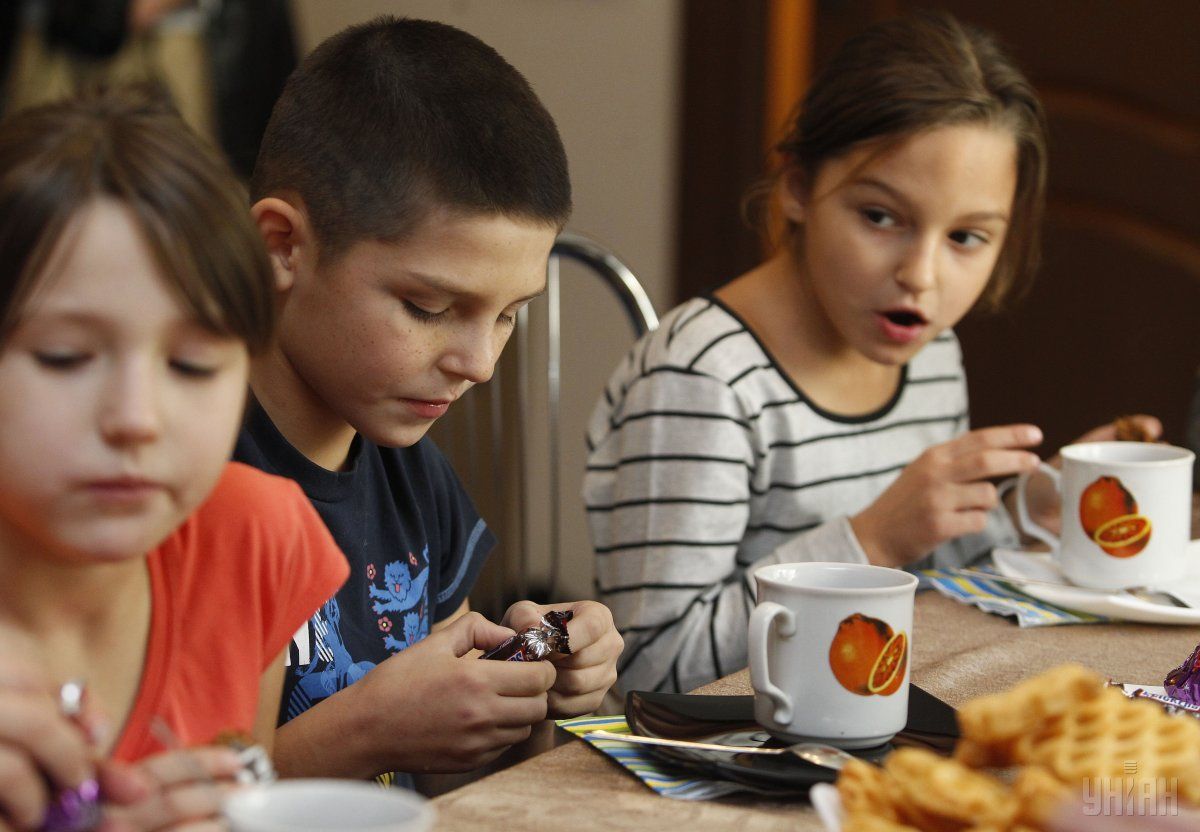 The expert believes that much depends on the perseverance of potential parents and their legal awareness.  "If you know laws, you can pull the child out of that system without spending any additional money. But if you are ready to buy a child, they will be selling them to you."

There are also certain legal obstacles that hinder control of whether the child is well in their new family. For example, in cases of foreign adoption, Ukraine’s consulates try to cooperate with the competent authorities of foreign states. However, since Ukraine has not ratified the Convention on Protection of Children and Cooperation in matters of Inter-country Adoption (the Hague Convention), the country is not a participant to the general legal framework, so it is not in power to demand information on the adopted children.

There are similar difficulties inside the country. In general, social services have the right to visit the families who adopted orphans once every three years. But due to the so-called secret of adoptions, any disclosure of information about this procedure is a criminal offense. Thus, according to Svitlana Kharchenko, social workers virtually have their hands tied. The Alliance is convinced that the secret of adoption is a bad Soviet legacy, of which the country should get rid as soon as possible.

Mentoring as a step towards socialization

Another unfortunate legacy of Soviet Ukraine has long been a full social disorientation of teenagers coming out from boarding schools into the real world. Upon reaching a certain age, the young people were "out of the door" in all senses. Most of them had nowhere to go and nowhere to live, so they just became beggars and committed felonies.

Now in order to show the youngsters the right path, non-governmental organizations began fighting for the practical introduction of the so-called mentoring, with mentor being some significant adult in the child's life, whom they trust, and who can help the child to start an independent life after boarding school.

According to the President’s envoy for the children’s rights Mykola Kuleba, the emphasis in mentoring is put on addressing the urgent needs of the child rather than on adoption. "It’s about picking up these kids for a weekend, doing groceries together, or frying an omelet... Children in the orphanage do not know how to act in these situations," he said.

It should be noted that not everyone can become a mentor. Experts involved in the selection note that "this work involves such qualities as patience" because the difficult moments are also part of the job. "So we tell people that mentoring should not be just an emotional decision. The person must be mature," says psychology coach Alla Soroka, who participated in training the potential mentors.

Currently, the practice of mentoring is functioning in Ukraine due to the efforts of NGO One Hope. However, the bill on the introduction of mentoring in the education of orphans was adopted only in September. The President has already signed it into the law. Therefore, there is hope that with every week, mentoring will allow more children from boarding schools to learn, socialize and become productive members of society.

The need for government support

Unfortunately, even mentors cannot solve some of the problems. For example, without a comprehensive state support, over 25,000 citizens of Ukraine who left the orphanages after reaching a certain age will be forced to live on the streets. That’s because they actually don’t have a home. According to the deputy chairman of Alliance for the Protection of Children's Rights, Alina Tirnovenko, in 2015 the State provided the orphans with 215 temporary premises, but this is only 1.8% of the demand.

"The only way to solve the problem is to plan expenditures for housing at all levels, with gradation and appointing officials responsible at the lowest level - local governments of the areas where the person received the status of orphans or person deprived of custody," said Deputy Director of the Department of children's rights and adoption at the Social Policy Ministry Volodymyr Vovk.

According to him, to simultaneously solve the problem of the housing of orphans, a total of UAH 3 billion of public funds is required. "Besides, that would not be a home, only a shelter," he said.

However, taken into account that the Economy Ministry last summer reported on saving exactly UAH 3 billion through the ProZorro electronic system of public procurement, or given the fact that Ukraine actually managed to find exactly UAH 3 billion to be allocated for the restoration of infrastructure in the Donetsk and Luhansk regions, the State should seek ways to provide the children from Ukrainian orphanages with some shelter once they go out the doors of their boarding schools.