For many, the Chornobyl exclusion zone is plainly associated with the grim computer game "Stalker" or a similar plot of a sci-fi novel by Strugatsky brothers. In fact, things have been getting much better lately. The Zone hosts a number of unique projects the world has not yet seen.

"First of all, the exclusion zone was created for the safety of the local population. Over this period, safety has been maintained at an acceptable level, and I believe the zone virtually does not affect the locals," the adviser to the head of the State Agency for the Chornobyl Exclusion Zone Management, Serhiy Parashyn, who in 1986 was responsible for the launch of the three halted power units at the Chornobyl nuclear power plant, and for several years headed the station, said in an unexpected but soothing conclusion on the anniversary of the terrible nuclear accident.

However, some earlier scientific reports pointed at yet another danger – the environmental hazard due to the radionuclides “migrating” from the zone. However, Parashyn reassured that the existing aerial and groundwater transfer of radioactive elements from the territory of the zone does not exceed permissible standards.

"Practically there is no aerial migration of radioactive elements [today]. The main transfer is through the water. The water doesn’t make it through the soil, so basically it is floods ... When transferred with water flows, the existing norms are not exceeded. Everything is within the permissible levels. Even if we completely stopped the funding now, there would be no threat to the population. The safety of the zone has already been ensured and verified over this time," he said, adding that for more than 30 years the monitoring of radionuclide migration has been conducted systematically.

Meanwhile, no one is going to cancel the 30-kilometer exclusion zone around the Chornobyl NPP. Its perimeter has remained unchanged since 1986, when an explosion at the NPP commenced the world’s most tragic nuclear disaster.

According to Parashyn, the zone is divided into two parts: the first one is a 10 km radius around the NPP, which is contaminated with traces of the radioactive isotope of plutonium, thus it cannot be inhabited by human beings ever again since this element has a very long period of disintegration; the second one is a 30-kilometer area, where the "Chornobyl Radiation-Ecological Biosphere Reserve" is located, created by the presidential decree in late April 2016. Despite Stalker-provoked rumors of the area being filled with eerie mutants, the ecologists have for several years been observing the unhindered development of various flora and fauna species, including those listed in Ukraine’s Red Book.

In order to organize the effective operation of the Reserve, Parashyn believes it is still necessary to assign land, that is, to define its internal borders and separate it from the territory contaminated by transuranium elements and plutonium. President Poroshenko earlier instructed the Cabinet to approve the Regulation on the Reserve and resolve within a two-year period the issue of granting it some 227,000 hectares of land and other organizational issues.

"Humans bring more harm than radiation. Where there is a human, there is poaching. The exclusion zone is not affected though, because there is control... With no humans around, a natural reserve has formed there. Flora and fauna feel wonderful," the ex-director of the Chornobyl NPP said.

Projects in the Zone

The Chornobyl Exclusion Zone is gradually ceasing to merely be a symbol of the potential apocalypse. Soon it will be a symbol of the country's technological progress, as evidenced by the ongoing large-scale construction projects. Many objects are designed for 100 years of operation.

Most of the projects are related to nuclear power industry and radiation safety, but there are also plans to build a powerful solar power plant. 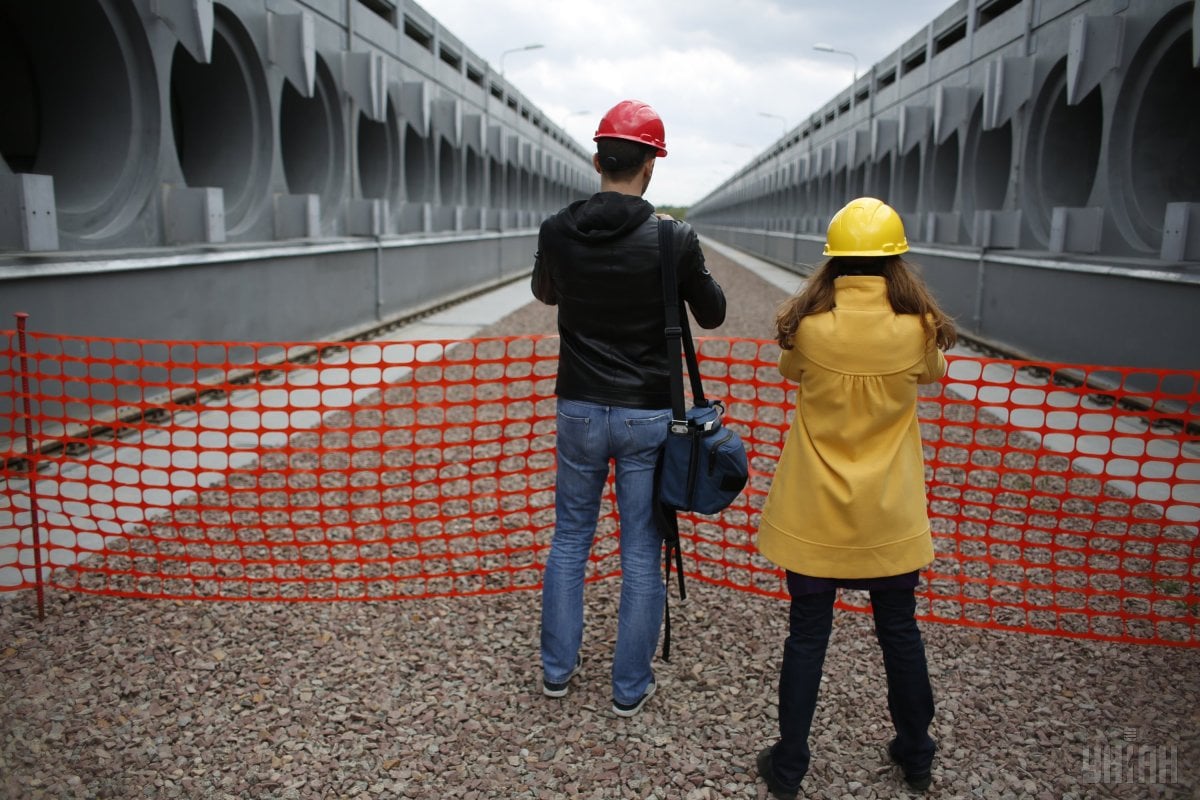 Within the sphere of responsibility of the State Agency for the Exclusion Zone Management there are two key projects - the commissioning of a new safe confinement at the Shelter facility covering the fourth power unit of the Chornobyl NPP destroyed by the blast in 1986, and the construction of a dry storage of spent nuclear fuel (ISF-2).

The confinement, better known as the Arch, was constructed by French-based Novarka. This is the world's largest movable structure weighing 31,000 tonnes and costing a remarkable EUR 1.4 billion. 28 countries joined efforts in financing its construction, with the key donor being the European Bank for Reconstruction and Development.

The construction of the confinement was completed in late November 2016. According to the head of the State Agency Vitaly Petruk, preparation works are underway as well as staff training and crane equipment tests to put the facility in operation by late November 2017, to ensure the Shelter’s safety for the next 100 years to come.

The ISF-2 is being built by the American company Holtec International. It will have to ensure the storage for 100 years (2019-2119) of spent fuel (more than 21,000 fuel assemblies) that was previously completely unloaded from three power units of the Chornobyl NPP. This fuel will be moved from the existing wet storage facility (ISF-1), which is already filled by 97%. It should be noted that in the existing storage, the fuel is being stored in water, while the new facility will provide for its storage in helium. Earlier, the press service of the State Agency reported that this spring, "cold" tests (without the actual spent fuel) were scheduled to be held.

"‘Hot’ tests with fuel assemblies are scheduled to begin in the fourth quarter of 2017... No earlier than the third quarter of 2018, the process of commissioning ISF-2 will begin," the agency noted, adding that the cost of construction is EUR 381 million. 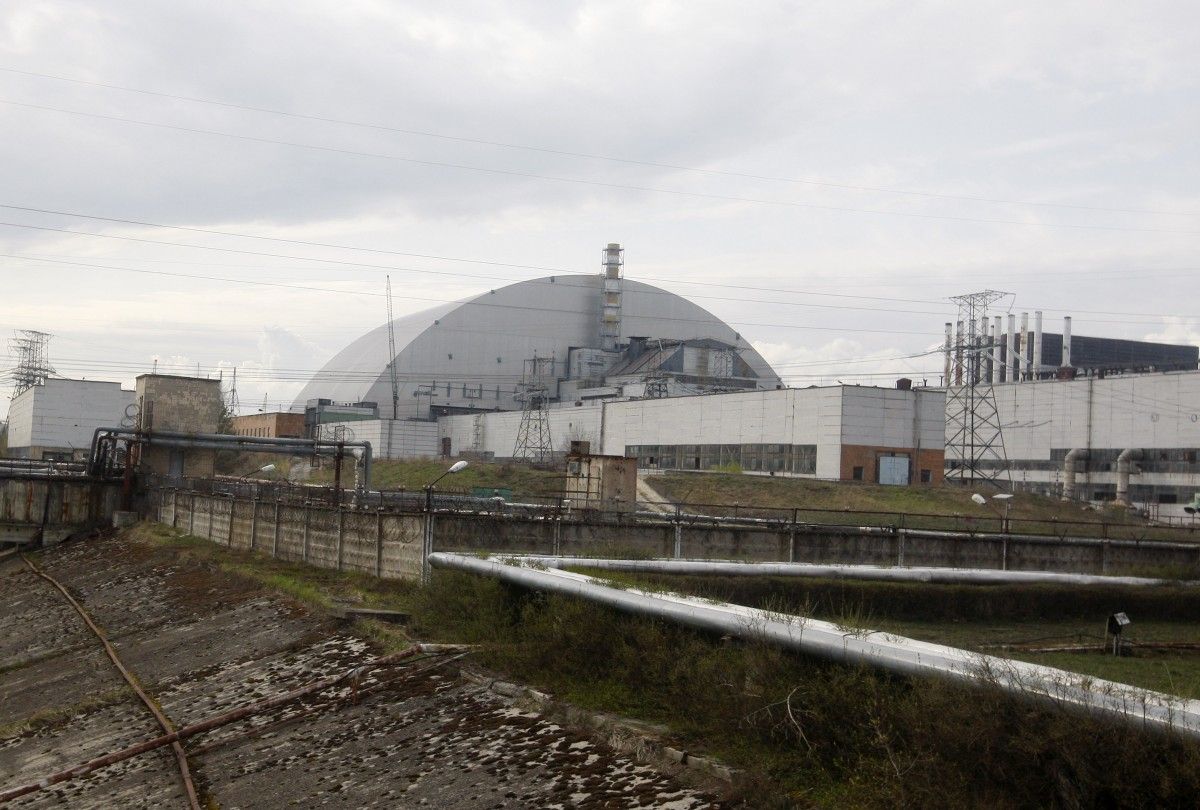 Also in the exclusion zone, the National Nuclear Energy Generating Company Energoatom is preparing a site for the construction of the Centralized Storage of Spent Nuclear Fuel. This facility is intended for storage of spent fuel, which will be supplied by the operating nuclear power plants (in Rivne, Yuzhoukrainsk and Khmelnytskyi). At present, the procedure is being worked out for unloading spent fuel from the reactors, with its further transfer onto the railway track to move it to the Storage. This facility is also being constructed by Holtec International. Energoatom says the facility is much needed due to the fact that, because of the lack of its own storage, Ukraine spends annually some $200 million to pay for the services of the Russian company Rosatom for withdrawing from Ukraine and processing the spent fuel in the Russian territory. Thus, the new storage will reduce Ukraine's dependence on the Russian side and strenghthen the country’s energy security. Another promising project in the exclusion zone may be a solar power plant, which is planned to be located in the 10km zone around the Chornobyl nuclear power plant on an area of 2,500 hectares. Prerequisites for placing the station in the exclusion zone are the availability of a vast area with a sufficient level of solar radiation, as well as the remaining energy infrastructure (substations and 750 kV power lines).

"If we take a pessimistic scenario, in which 10% of the territory is used, then the area necessary for solar power station is 6,700 hectares, which will bring approximately 3.3 GW of installed capacity with an annual generation of 3 billion kWh. The entire territory of the Ivankiv district is relatively promising in relation to solar radiation. The worst conditions in Ukraine are similar to Germany’s best conditions -- and Germany is the leader in the solar energy development," said Yuriy Favorsky, the official from the Institute for Renewable Energy.

Minister of Ecology and Natural Resources Ostap Semerak has already reported that the ministry received more than forty applications from potential investors for the construction of solar power plants in the Chornobyl zone.

Despite the projects that are being successfully implemented in the exclusion zone, as well as an acceptable level of security, there are still a number of problems yet to be addressed in the near future.

According to the head of the State Agency for the Management of the Exclusion Zone, the next step after the commissioning of the new safe confinement will be the development of an action plan to turn the Shelter into an environmentally friendly facility. That is, the main question to be solved is what should be done with fuel and equipment in the destroyed fourth power unit of the Chornobyl NPP.

"According to the previously adopted strategy, after the arch on the Shelter facility is put into operation and serves for 100 years as protection against atmospheric precipitation, it was assumed that the whole active zone would be removed from the destroyed reactor. 30 years of experience have shown that this is impossible," Parashyn said, adding that three options are being explored today. The first one is when the entire active zone is extracted (it is very expensive), the second one is when everything remains in place and a large storage is being constructed, and the third option, somewhere in between, is when only part of the fuel and equipment is unloaded, while another part remains. 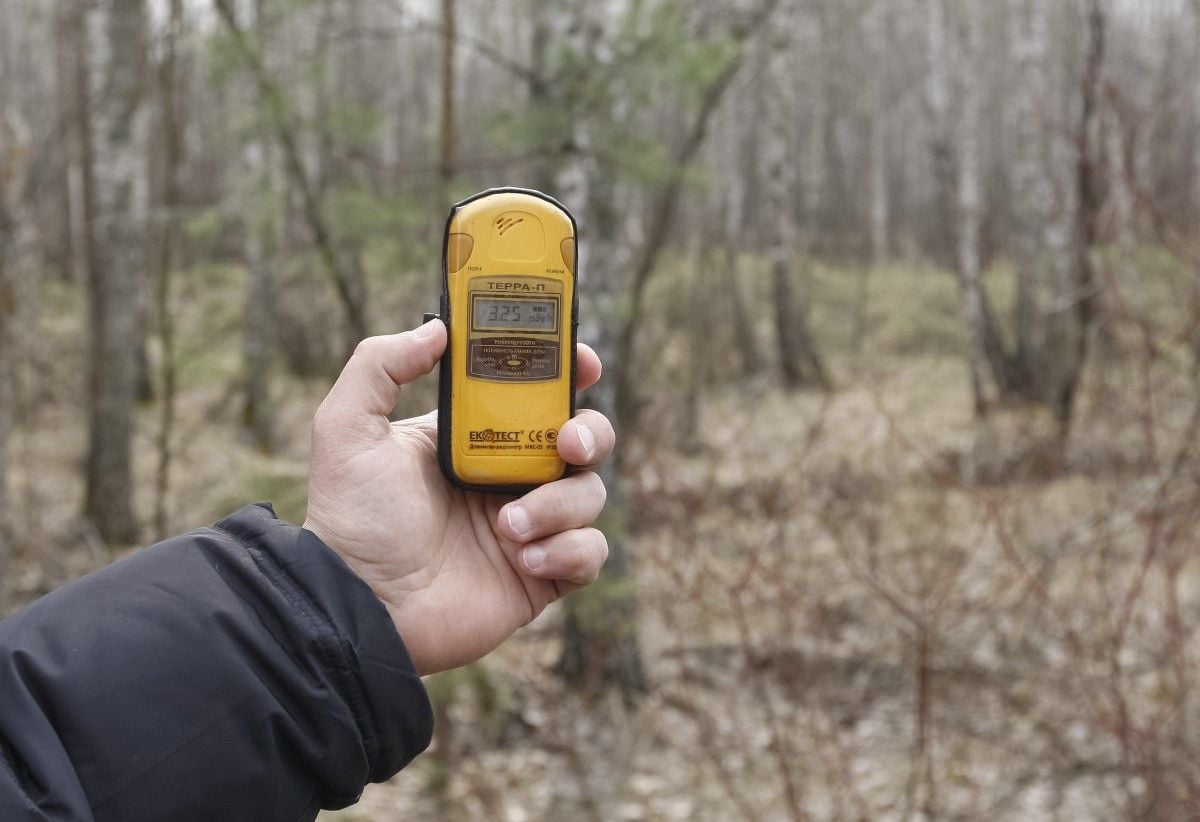 At the same time, Parashyn noted that international safety rules require that highly active and long-living radioactive waste be stored in deep geological formations – the opinion also shared by the State Nuclear Regulation Inspectorate of Ukraine.

"According to the Radioactive Waste Management Strategy, the creation of a geological repository is not planned until 50 years from now," Natalia Rybalka, head of the SNRIU's radioactive waste management department, said back in the summer of 2016.

Another important and traditional issue for Ukraine is the funding of planned projects in the exclusion zone.

"This year all international projects at the Chornobyl NPP are being completed. The French who built the Arch are leaving, the Americans are leaving the ISF-2, so there remain small projects that will soon be completed, too. That is, we are left alone with our budget," Parashyn stressed.

It should be assumed that the state funding provided is sufficient only to maintain the exclusion zone. This will clearly not be enough to fund new projects.

If you see a spelling error on our site, select it and press Ctrl+Enter
Tags: UkraineChornobylChernobylexclusionzone