-No doubt, it’s a hooliganism to some extent, - explains Polyna Sennykova, the initiator of the action, - but we were just tired of watching the wretched grey spot of the building in one of the central streets of the city...

Art is a product of human activity, made with the intention of stimulating the human senses as well as the human mind and/or spirit; thus art is an action, an object, or a collection of actions and objects created with the intention of transmitting emotions and/or ideas. Beyond this description, there is no general agreed-upon definition of art, since defining the boundaries of "art" is subjective, but the impetus for art is often called human creativity.

Once upon a time, a group of young Symferopol painters decided to give an unusual present to the Municipal Artistic Museum of Symferopol.  At a huge concrete slab, which formerly made part of the neighboring empty-eyed protracted building, the modern artists depicted a part of the street where the sanctuary of arts is situated. 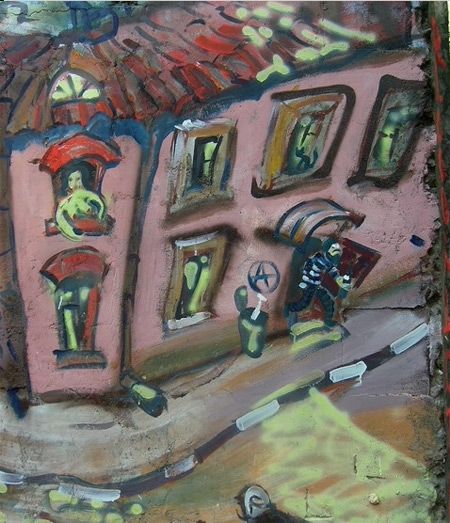 -No doubt, it’s a hooliganism to some extent, - explains Polyna Sennykova, the initiator of the “The Wall: a Gift of Young Painters to Symferopol” action, - but we were just tired of watching the wretched grey spot of the building in one of the central streets of the city. It’s funny, but in several days after our work was completed, they started to demolish the concrete wall hastily, but they didn’t touch our slab – it still can be found at the crossing.

According to Polyna, the painting works were executed in two steps.

- Firstly we had cleaned and grounded the wall, in the rain, and then, in several days, we beautified it. 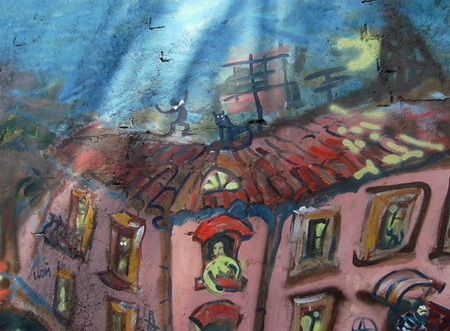 It took the work of several artists to make the gift look as it does now. They hided the names under the author’s signatures: Tomasik, Shiz, P.S., Dlynytch.  All the painters are well-known in the art-gang of Crimea and far beyond its limits. 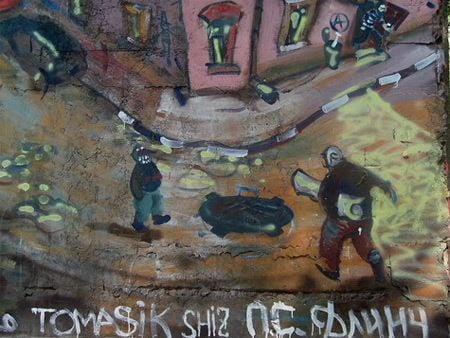 -Creating the “masterpiece”, we pursued several objects: we wanted to enliven the view of one of the oldest streets of our city and to remind the community, that the Art always tends to be expressed in fully emotive impulses and doesn’t always feel good in the strict academic frames. That’s why we chose the wall facing the museum,-says Polyna. 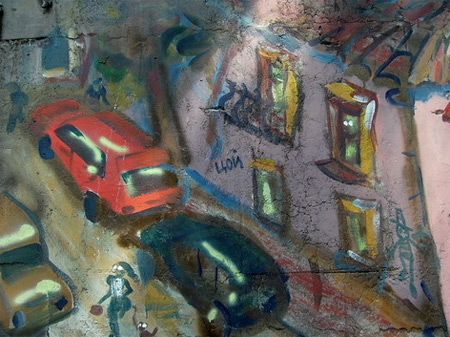