Agonizing choice: When will doctors be forced to prioritize among COVID-19 patients

In Ukraine, the number of new daily COVID-19 cases is on a steady rise. The Ministry of Health says once the daily figure reaches 20,000, the country's hospitals will be overloaded. Doctors will have to choose patients who must be treated first, while the others will have to rely on their own endurance and wait for rescue.

As long as your breathing routine is unimpeded, it is difficult to imagine what it's like to experience air shortage or when someone takes your ventilator generator from you.

The pulseoximeter on Tetiana's hand showed a critically low oxygen level, but the nurse unlocked the concentrator and took the life-saving device to where it was needed even more – to intensive care.

"Someone needed it more. That's why they took this ventilator from us," Tetiana told TSN.Tyzhnia. "When the doctors would come and say, 'Guys, we're taking one from you,' there was panic. And when they would come and take both devices because they were needed in the intensive care unit, we were in such a state that… we just wanted to grab them back!"

Pavlo Bahmut was admitted to Kyiv's Hospital 15 with COVID-19. Recently he was discharged and told TSN.Tyzhnya that the disease is not as terrible as some Ukrainian medical facilities.

"Eight people were brought in. The women were put in wards, while men had to lie in the hallway. They made makeshift beds of stools and they just lay there. I felt so sorry for them," he said. 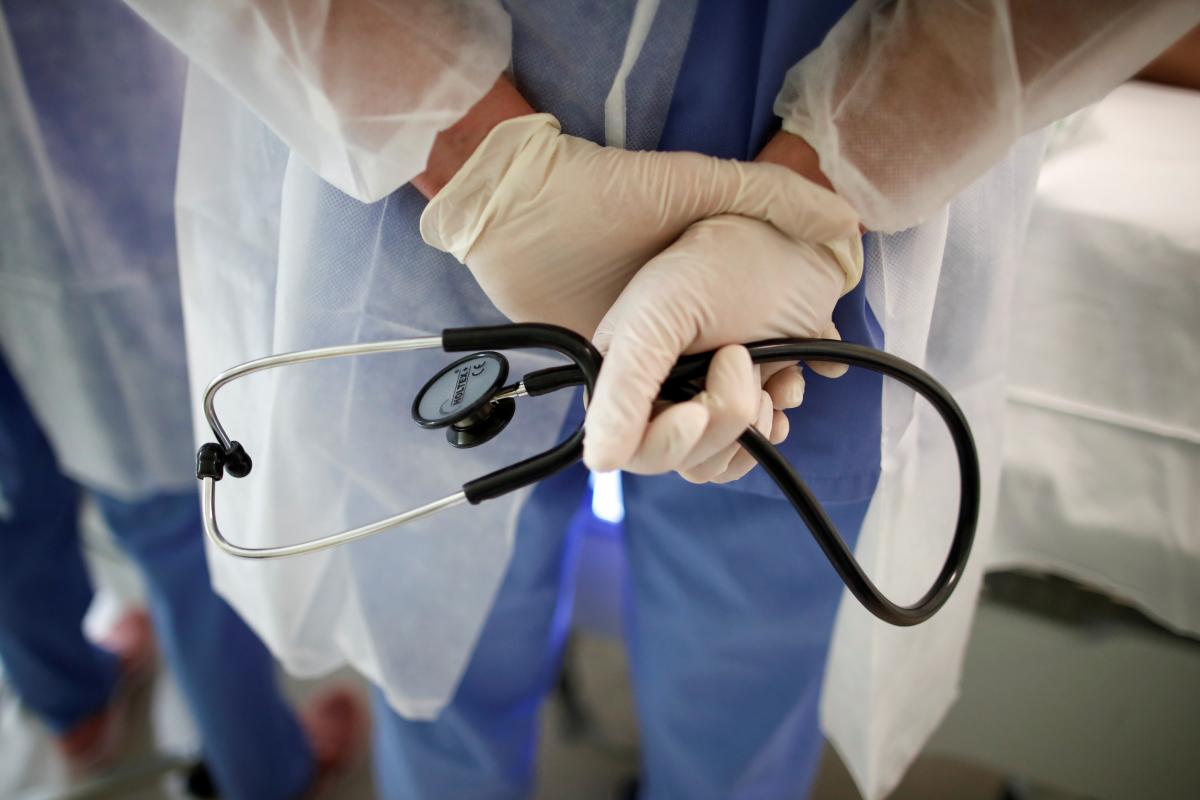 A hell of a sight – in the same hospital hallway lay patients and bodies: "You go out to the restroom and see a body lying in a black bag before someone finds tome to take it out."

ERs are overwhelmed by the flow of patients. Doctors faint  from fatigue.

Resuscitator-anesthesiologist Volodymyr Lykhodiyevsky honestly admits that given the growing tsunami of patients, doctors are preparing to use medical sorting – the same principle that the doctors applied in the Italian city of Bergamo, which was devastated by COVID-19 at the onset of the pandemic.

"There is, for example, one bed left in intensive care while four patients are in need of hospitalization precisely to intensive care. And among them you choose the one who has most chances to survive. This is a very terrible moral choice for medics," says the doctor.

Due to the high incidence among doctors doing their utmost to tackle the epidemic as well as the mass resignations of medics who are not willing to risk their lives, several COVID-19 hospitals in Kharkiv and Odesa regions are now massively understaffed.

Dmytro Zhdanov was a patient in one of these hospitals in Odesa. He knows what it's like to be suffocating, cherishing the last hope of hospitalization, and then suddenly ending up in the hospital with no doctors around to actually take care of him. 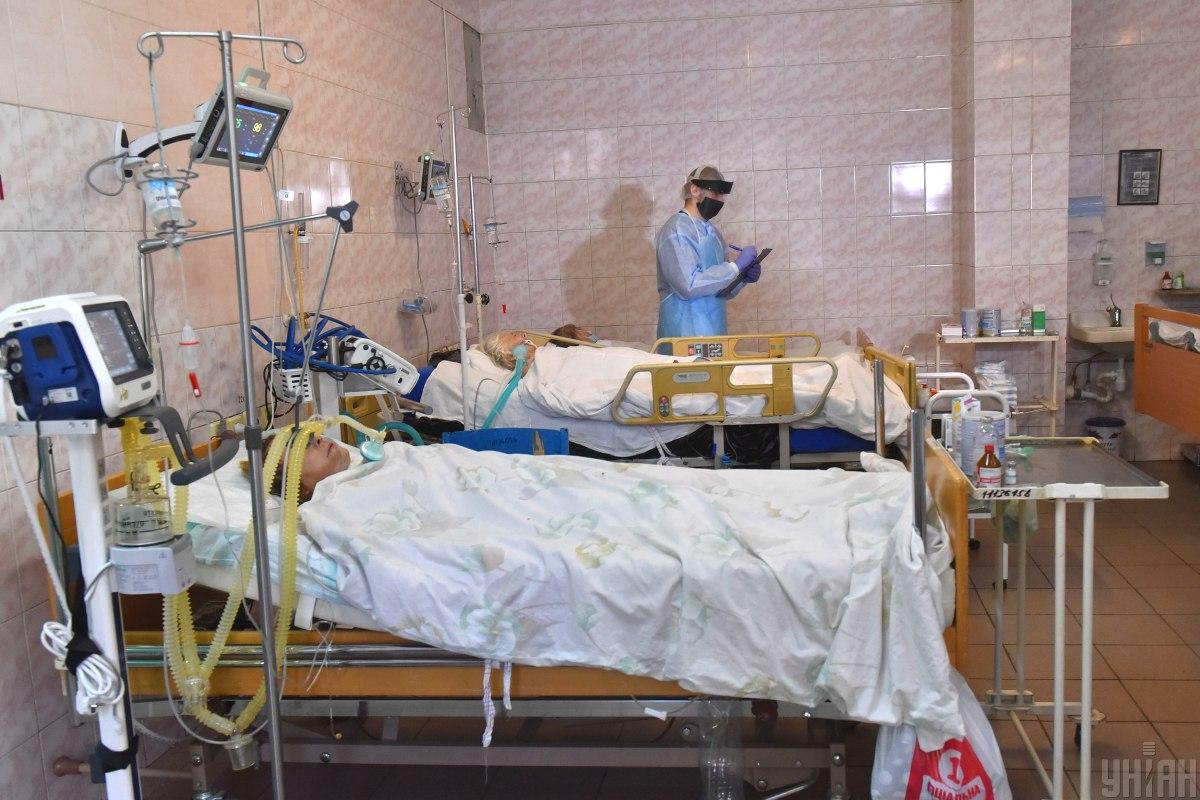 "My condition has worsened. Pulmonary edema. I vomited blood, but there were no medical staff anywhere around… It took over an hour for my ward mates to find a doctor or at least a nurse for me," he told TSN.Tyzhnya.

Forecasts of a doubling number of daily infections as early as this winter leave no space for even restrained optimism that Ukraine's health care system will be able to withstand such a challenge. Ukrainian Pediatrician Andriy Penkov, who recently survived a heavy COVID-19 case had multiple times reached out to his local Kharkiv officials to make moves to avert the disaster. Now he is forced to state that we're just one step short of the collapse.

"From the legal perspective, a crime is being committed right now… We note a large number of fatalities, which wouldn't be the case had response measures been organized properly. At the scale of a single case, such an incident would be treated as negligence and the doctor would be convicted. At the scale of the government decisions though, no one bears any responsibility for some reason," Andriy Penkov told TSN.Tyzhnya.

Special correspondent Andriy Tsaplienko asked the health minister directly, whether the latter could guarantee that this winter COVID-19 patients in Ukraine would not be left without medical care and wouldn't die at the doors of overcrowded hospitals: "Can you promise that in won't we be like it was at the onset of the epidemic in China, when people begged on their knees to be admitted to the hospital and still were denied? Can you promise we won't get down to this? ” 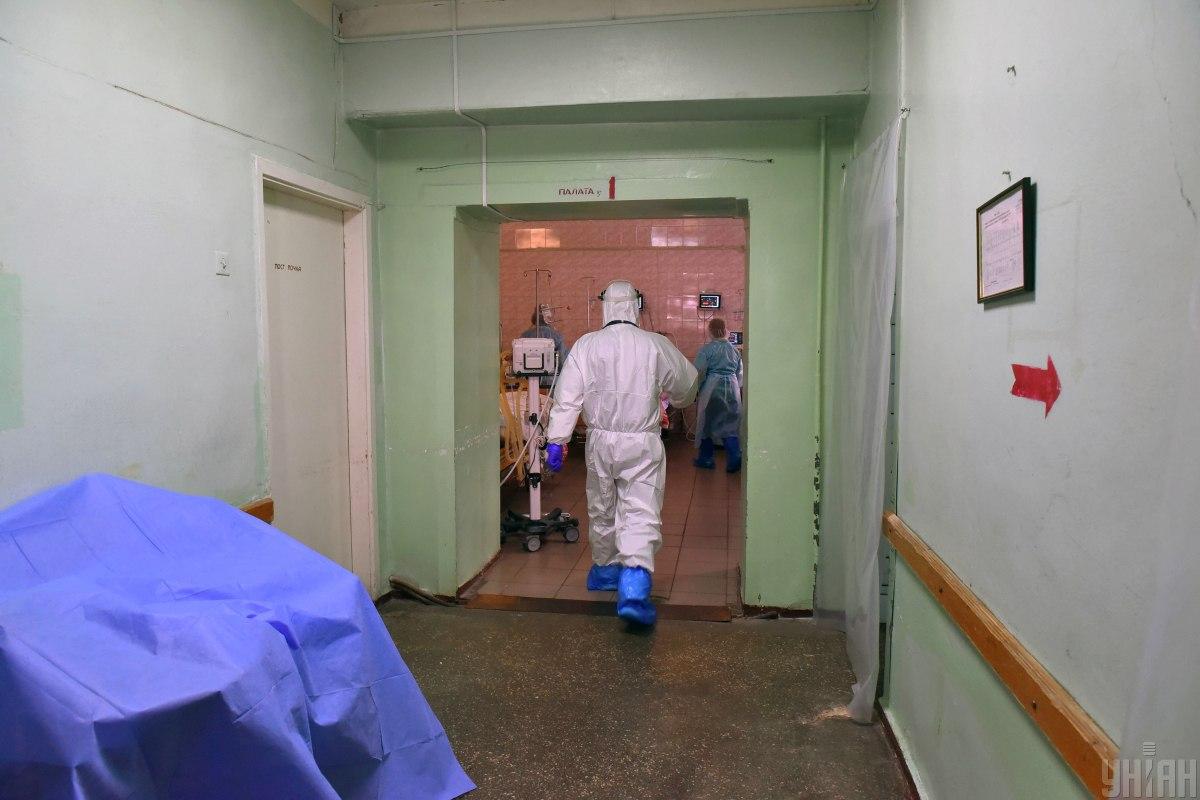 Maksym Stepanov said: "So that a large number of people don't contract COVID simultaneously, they just need to follow the rules. If rules aren't followed, there will be a critical load on hospitals… We have clearly calculated in which case we will see a system collapse. "

According to him, at the current level of testing, if we reach 20,000 cases a day, we will have 100% hospital load, including at makeshift hospitals.

So, doctors will start selecting patients for admission when the daily figure strikes 20,000.

Our Polish neighbors, where morbidity has just crossed this line, are already deploying a makeshift hospital at the main sports arena in Warsaw. Where such a hospital will be located in Kyiv has not been finally decided. But a hospital bed without oxygen and without a doctor to come to the rescue in time is just a nice number in the report, volunteers say.

"They continue to lie. Unfortunately, even now there are issues with resuscitation. Just a few days ago, a patient died in a private clinic as they were looking for a place in intensive care to put her," Kateryna Nozhevnikova, the head of the Monsters Corporation volunteer project, told TSN.

The pace at which Ukraine is being dragged into the vortex of the epidemic suggests that society probably has shut down own instinct for self-preservation. And if people fail to turn it back on soon, the disease will begin to sign off a death sentence for tens of thousands of Ukrainians. Even for those who are naïve enough to think they are safe. And the deaths of several mayors last week prove that those in power are no exception.